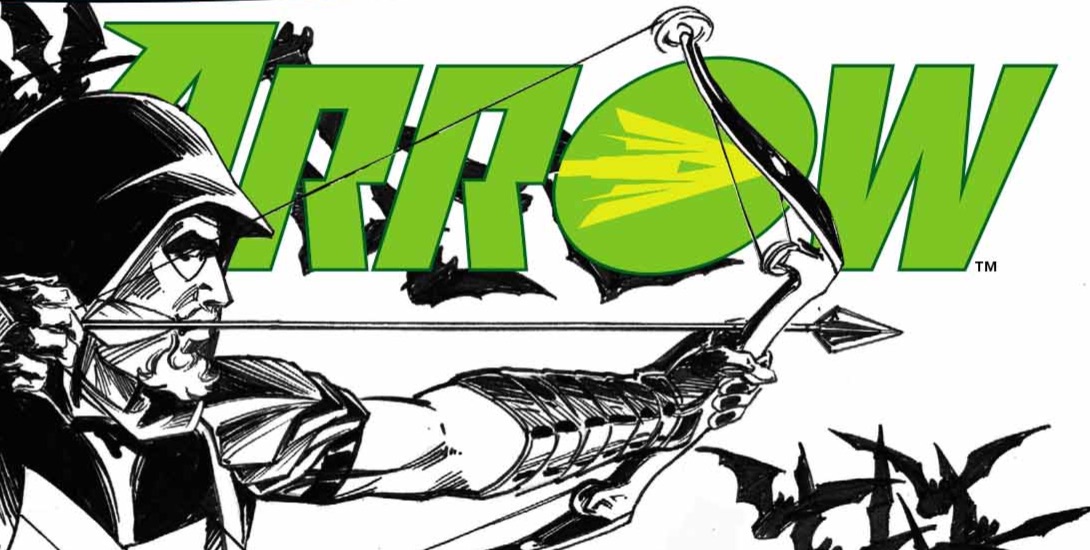 Green Arrow and Batman team up when they learn that the Ninth Circle has connections to the Court of Owls.

The cover by Otto Schmidt is great. I love the blocking of the characters; Batman’s cape almost forming a panel for the Burned is really cool.

Juan Ferreyra’s art is fantastic as always. There is an interesting use of reflection early in the issue. Batman is seen reflected in blood while Oliver is seen reflected in red wine. That’s a nice way to compare and contrast the differences in their backgrounds. Like with Superman, Ferreyra has a lot of fun with the cape. It’s always billowing around in a visually captivating way.

The contrast between Bruce and Ollie is nice. People always say that Green Arrow is just a second rate Batman rip off and I’ve never really understood that. They’re fundamentally different people and this story demonstrates that both in the art and Benjamin Percy’s writing. Batman is who he is because of innocent blood lost on the street. Green Arrow is who he is because of his troubled past as a member of the one percent. That creates different values and goals despite both essentially wanting to do good.

Ollie seems especially angry in this issue. Maybe it’s just the effect Gotham has on him but it feels like he’s been pushed to his limits, and he has. But without Dinah and Emi there to ground him, he seems to be losing himself. He’s relishing the violence a little too much, which immediately brings him into conflict with Batman. I’m curious if this will continue or if Ollie just can’t handle Gotham.

I appreciate that this is a simple story. I felt it was coincidental that there happened to be a grand master plan in Metropolis just as Green Arrow arrived, but that’s not the case here. It feels like what’s happening with the Court is business as usual and Oliver is here to lend a hand and get some information.

Ollie’s narration is a bit much for my tastes. He talks so much, both in and out of narration. That’s part of the character; he’s a loudmouth, and I understand that, but some of the narration felt tedious to me. I feel like it spelled out the reflection imagery; I would have preferred if we just had the imagery without Ollie’s narration explaining that Bruce and himself come from such different backgrounds. That’s just a matter of taste, though. It’s a well written monologue.

This is a solid issue. Percy takes advantage of comparing and contrasting the two heroes in a really interesting way. This issue is focused more on character than plot and it’s well done. Ferreyra’s art is amazing as always. I recommend reading this issue.