I’ve said before that the Young Animal titles attempt to address a concept or theme that is universal and deeper than the extrinsic elements.  The first issue in the current arc of Doom Patrol seems to indicate that it will address the concept of identity.  Through a number of elements this is addressed…try to follow… .

The issue opens with a couple guys at what appears to be a warehouse for the deceased who are being held in some sort of stasis…all we really learn is that Archie is about to retire…. 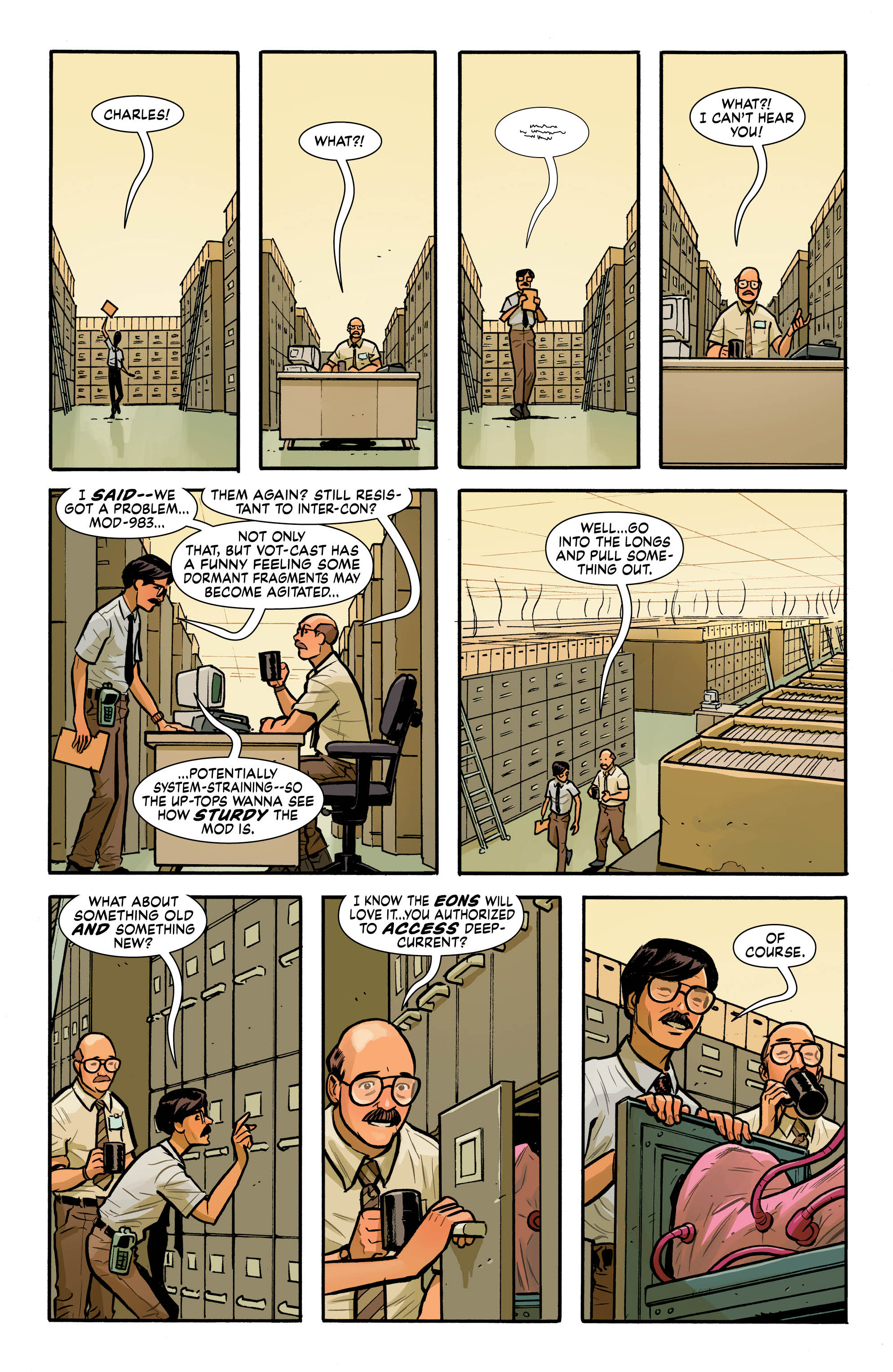 In Dannyland, the team are gathering to have a meeting.  It seems that Danny is having trouble maintaining his happiness.  He needs Casey to live in Dannyland full time.  She apparently will give him the energy to keep his spirits up.  Casey agrees, under duress.  She’s not happy about it.  She’s just discovered that Lotion (her cat) has returned.  Casey handles the changes to Lotion remarkably well….  So well, in fact, that she allows Lotion to stay and they share a bed….  Casey’s reaction clearly indicates she has…ahem…experienced something more intense than the sleeping Lotion. 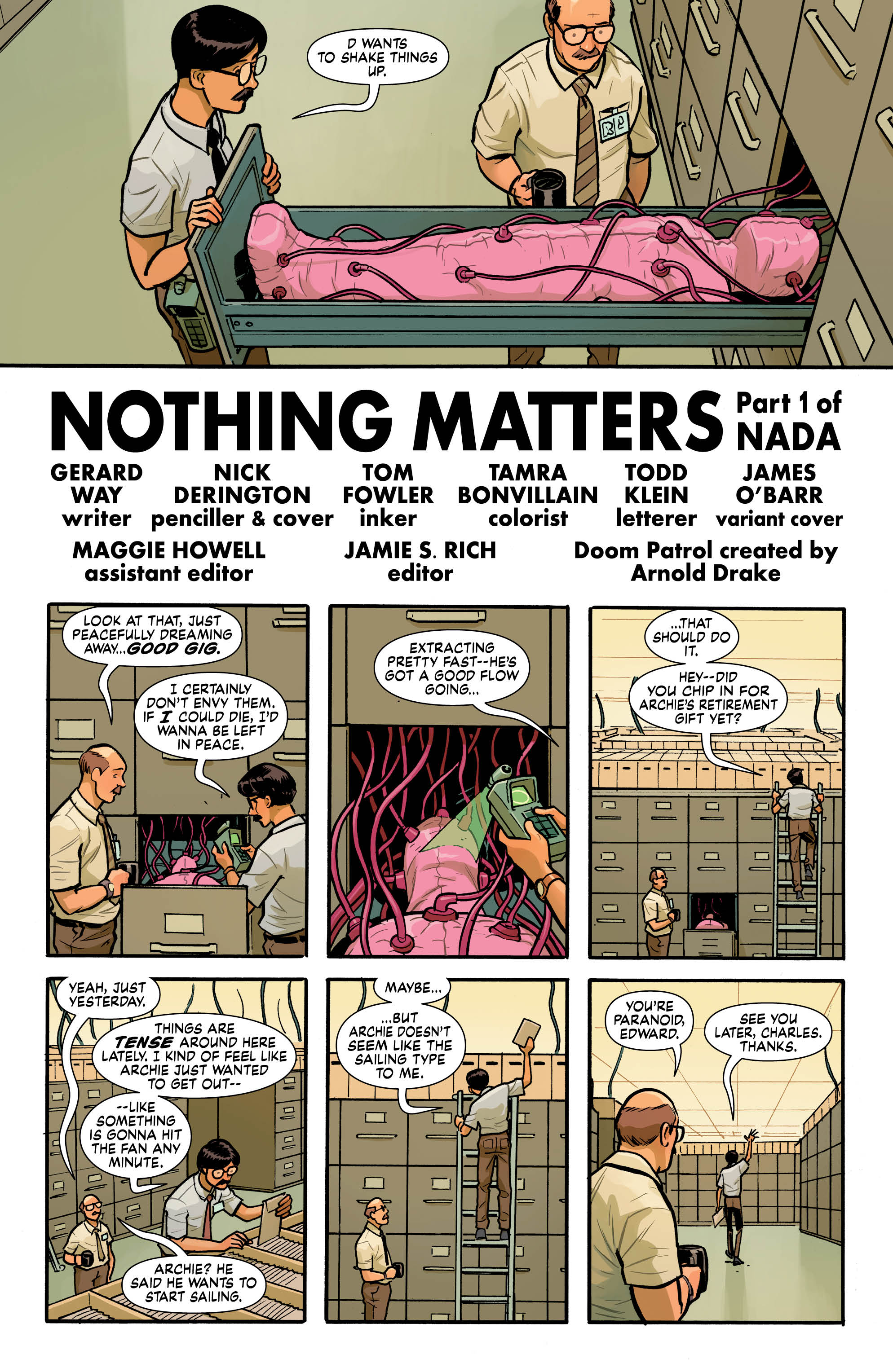 Terry None returns in the morning to share her marketing triumph with Casey….  $#!+ is now on TV, as a commercial and Terry gets Casey to sample it.  This seems to have a similar effect on Casey.  The moment is interrupted as Danny appears on the street outside in ambulance form being attacked by some robots. 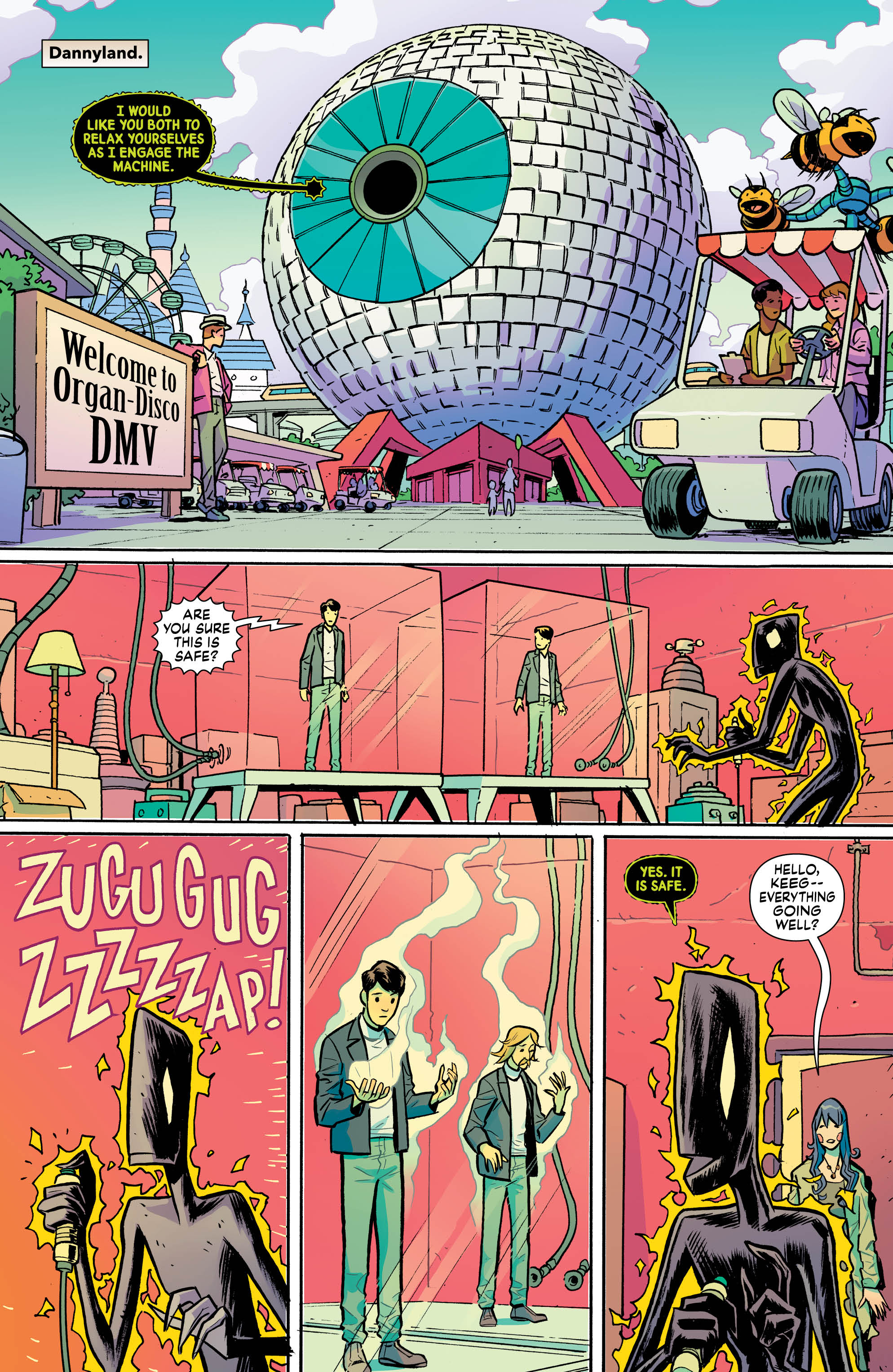 Addressing the concept of identity is interesting and expansive.  At many points in one’s life, one may question identity.  And it doesn’t have to be extraordinary either.  As we see with Val and Sam, a traditional family often presents issues with identity- mother, wife?  How do these roles define one?  Clearly, the changes in Lotion are meant to challenge the reader into thinking outside normal roles.  Even Casey, how does she define identity with what she knows about her own quality of existence.  How is her existence tied to Danny’s happiness?  How is anyone’s existence and identity tied to those in one’s life.  The high concepts push this and the other Young Animal titles onto a different level. 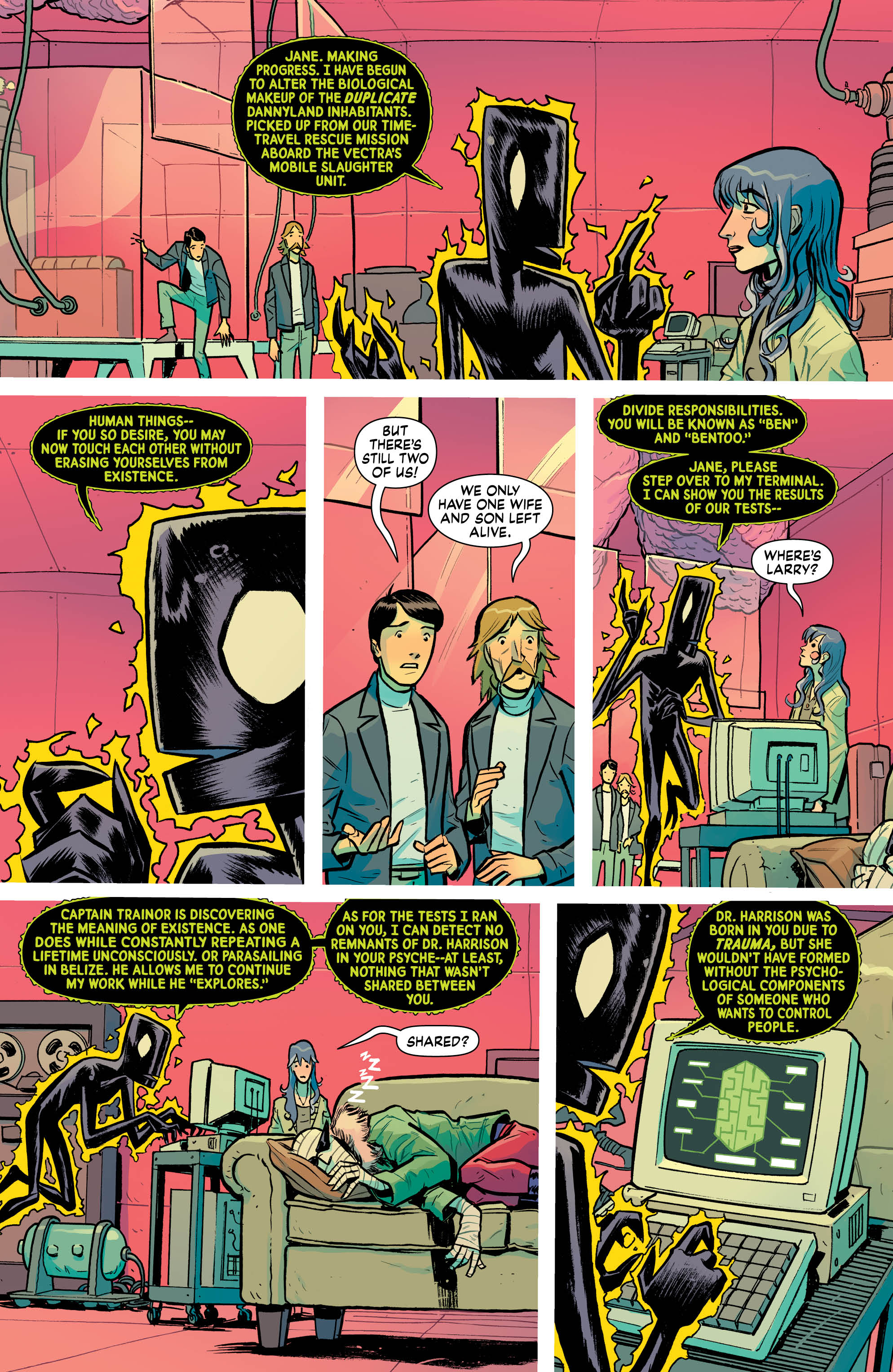 It can be a lot to take, I get that.  But, if you give it a chance, this book challenges the reader in ways that most comics do not.  This could be a drawback for some.  Oh, yeah, coitus with a cat might be a turn off as well.  Trust me, I had a little difficulty reconciling that. 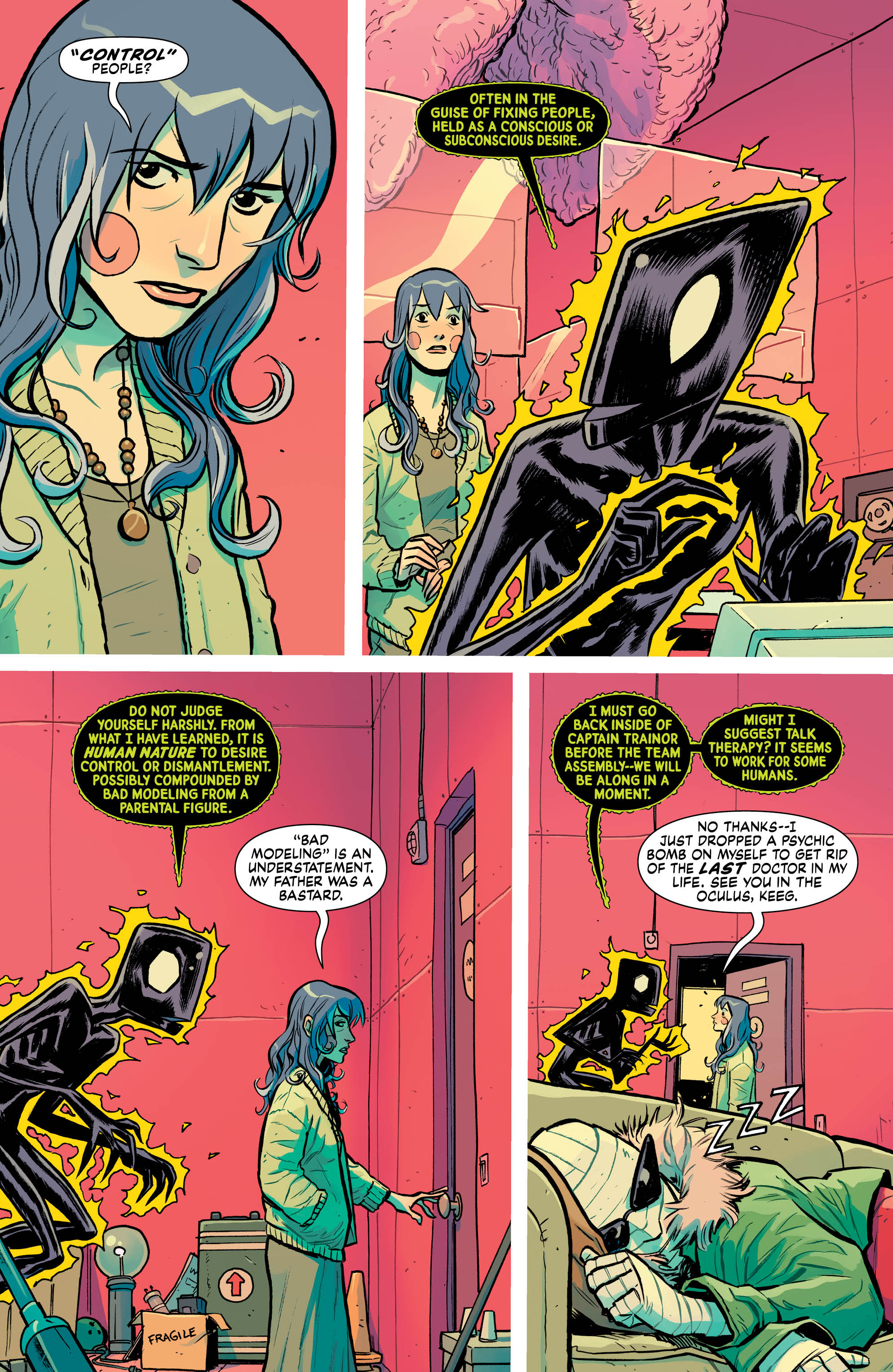 Doom Patrol continues to be a unique, interesting and challenging title.  It often isn’t so much about good vs. bad, but, instead how one copes with the challenges in life.  This issue is a perfect example of that- the imperfect adjusting to the imperfect world that the imperfect wish were in fact, perfect.

The Ballad of Kite Man Continues in This BATMAN #30 – Preview