Dystopia is an emotional look into Clayface and Stephanie’s new lives. The opening panels of this issue show us that Basil has been going to visit Mudface, the malleable villain formerly of the Victim Syndicate. He tells her about the work he is doing with Dr. October in Monster City. About the bracelet she is developing with him in mind and the possible “cure” it represents, finally he can fix what was done in the past. 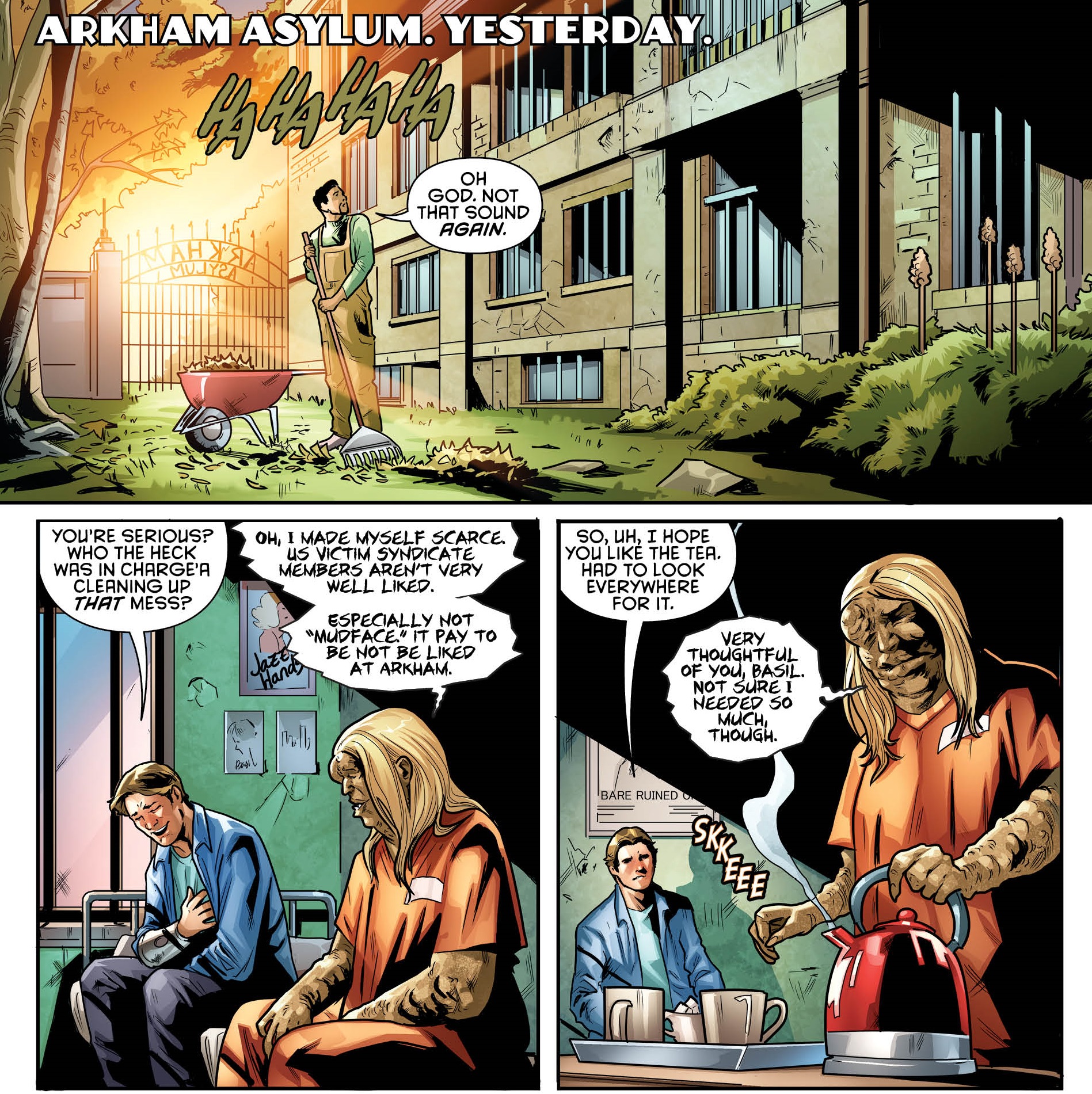 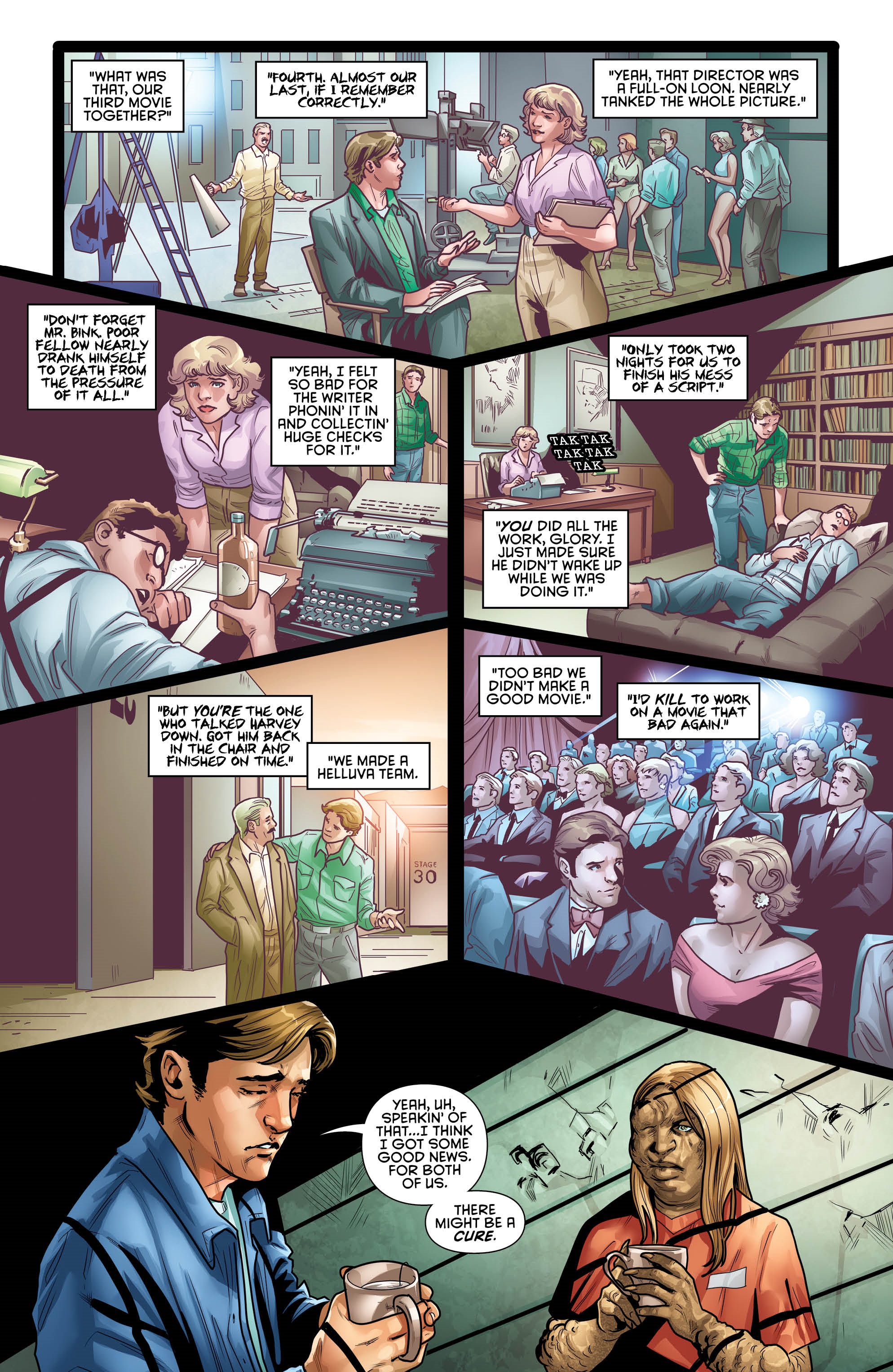 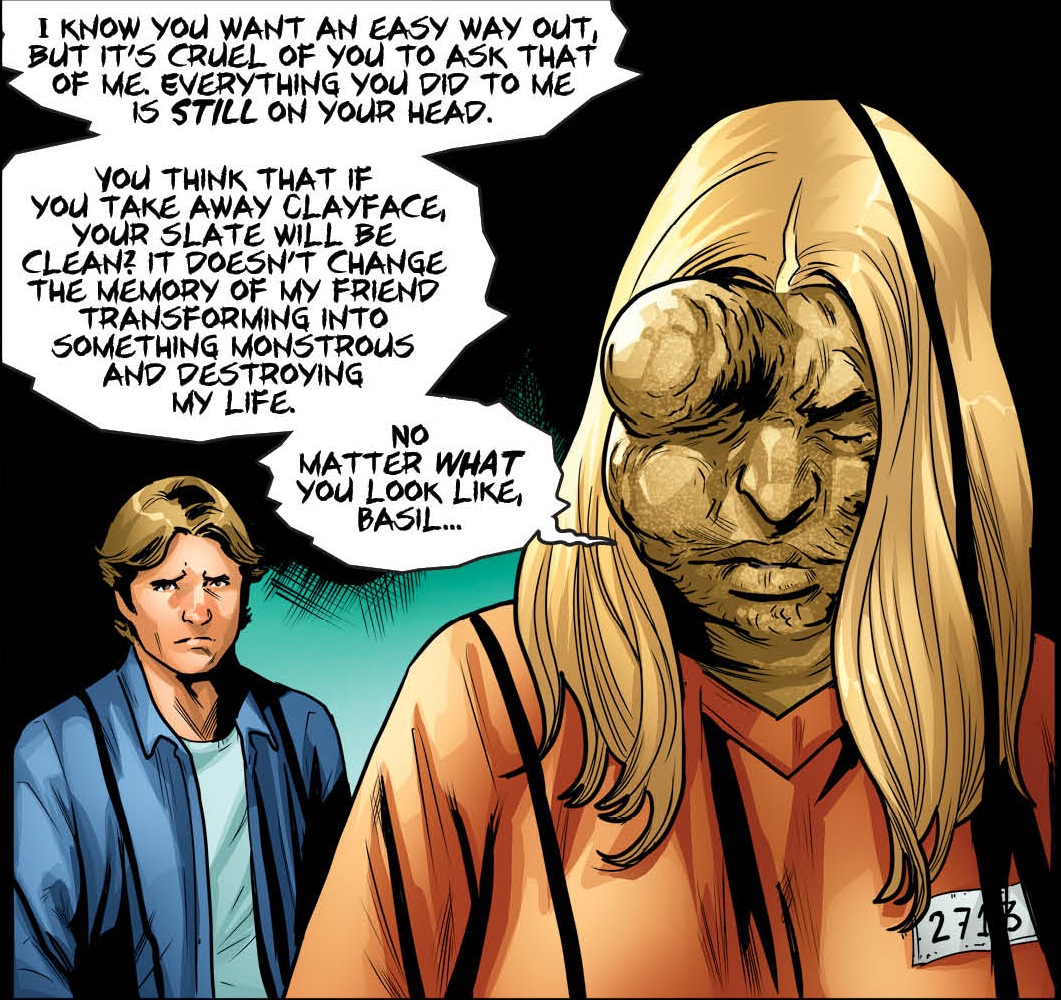 Meanwhile, Stephanie is taken further into Anarky’s underground city. There, readers meet the inhabitants, normal citizens of Gotham, even doctors and professors. Among them though, are Dr. Leslie Thompkins, Harper (formerly Bluebird), and others. They have a whole city underground with crops and power, able to survive and even thrive. When things take a more serious turn though, Stephanie and Anarky get into a heated debate that turns violent.

The message of this issue is perhaps it’s best feature. Over the last ten issues the bat family has experienced a lot of painful and difficult events. From Tim’s death, the rise of the Victim Syndicate, the alienation of Spoiler from the family as well as Monster City, Gotham as a whole has had to bear an increasingly heavy burden. One thing that happens when people go through hard times is that we change, not just superficially, but with events that can never be undone. Many of the characters in this issue have learned this the hard way that the past can’t be undone. 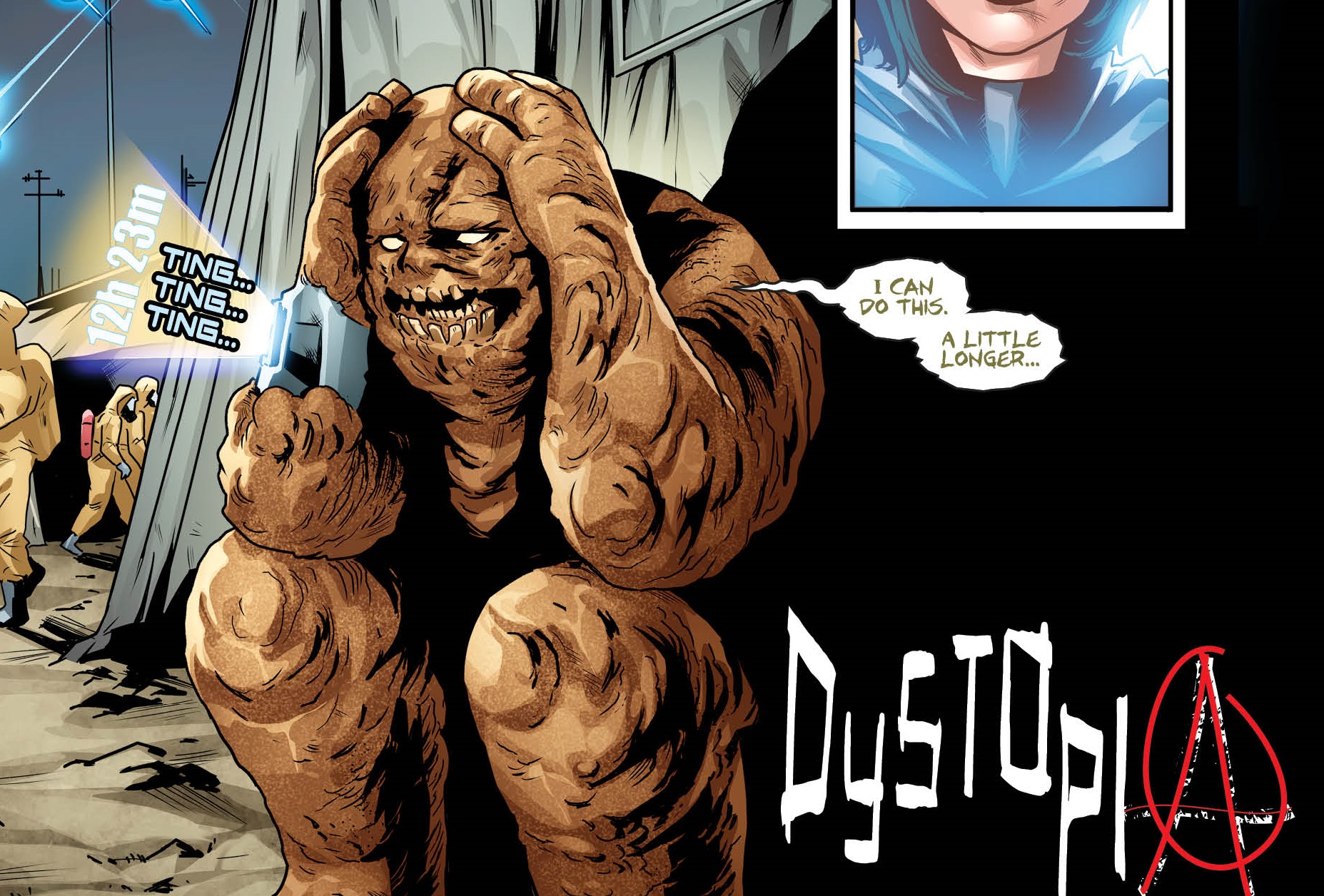 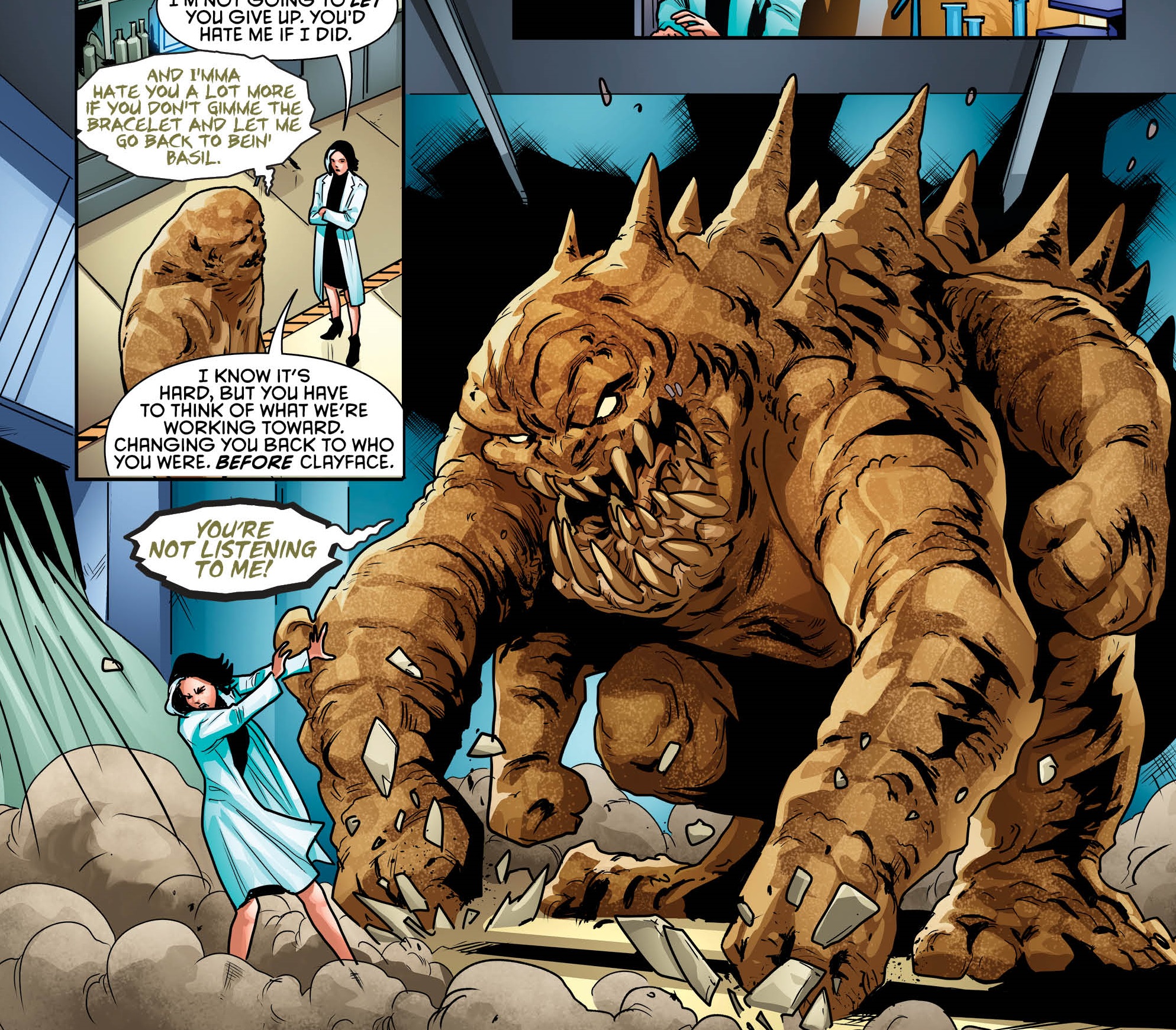 Anarky’s end in this arc, or at least his apparent exit of this story, is rather disappointing. There is/was a lot of potential for him to take on a more anti-hero or neutral character in the world of Detective Comics. Further, the apparent change in Spoiler’s allegiance is also disappointing as it works to undo the different ideological forces pushing against Batman.

This issue was a great read, allowing us to see Clayface dealing with his actions, much like Batman in the Victim Syndicate arc. The way that he is depicted in his Monster form is also fantastic!