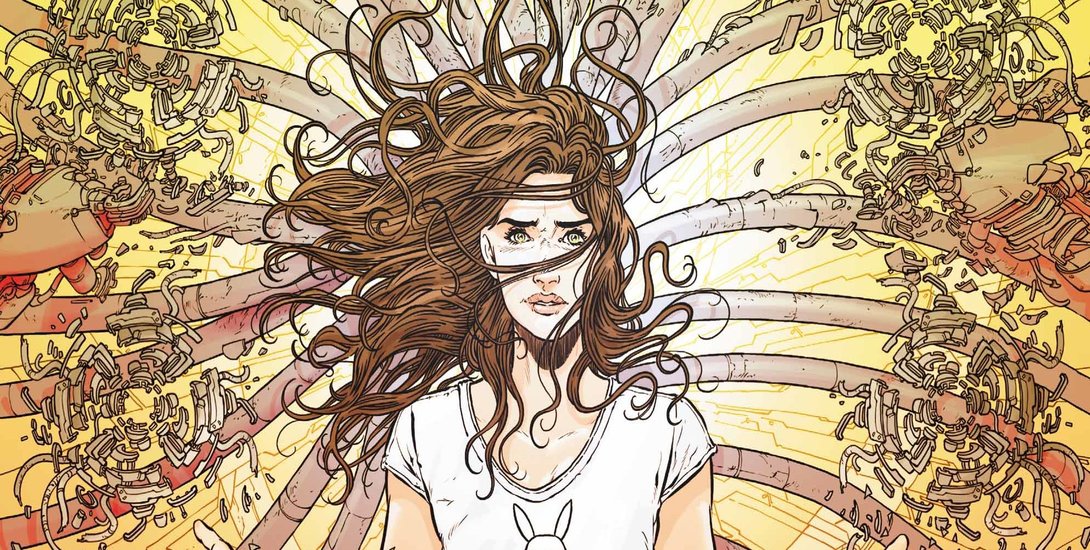 Slowly but surely The Wild Storm builds. With so many characters, this issue gets a chance to show each progressing towards their goals. Readers get to see Jacob’s lab again for the first time since the early issues. Adrianna’s connection to the Bleed is hinted at. Of all the characters, Mitch (surprisingly) gets the most development. It’s an issue of surprises in this regard, but what’s not surprising is the quality.

As this series progresses, Ellis is showing that he isn’t content with one tone. It seems like issue to issue the tone varies ever so slightly. Just last month we had a humorous issue poking fun of the analysis team and yet this month the analysis team are the emotional spotlight. Mitch really stands out here and it’s one of the issue’s strengths. Who readers thought was comic relief only a few months ago is now given emotional weight.

It sounds like I’m saying the series is a tonal mess with Ellis deciding what he wants the Wild Storm to be month to month. It’s not. What I’m trying to highlight is Ellis’s ability to reflect the story of the series (the multitude of characters warring against each other) through the tone of each issue. No two characters are alike and it’s shown by the shifting tone. The shifts are never abrupt, but they’re noticeable. What this means to readers is that they never know what they’re getting.

A couple of issues back I emphasized Ellis’s use of pacing (which is still stellar here) as a means of controlling the reader and I’d like to suggest here that Ellis’s use of tone is also controlling the reader. Throughout the issue the reader is in Ellis’s hand. Will the next page make you laugh? Will it make you grimace at the violence? Will it teach you something about the world? There is no way to know other than to read on. This, to me, is one of the reasons The Wild Storm is a great series.

It goes without saying at this point, but Davis-Hunt’s artwork is still mesmerizing. There’s a perfect mix of beautiful splash pages along with the series’ now signature action sequences featuring numerous smaller panels. The detail Davis-Hunt somehow retails when working with sometimes 10 panel pages is absurd. These pages are only complimented by Buccellato’s colouring.

As usual there isn’t much to complain about. While I gushed over the tonal shifts in the issue, I can understand why some readers wouldn’t want to read a such a varied series, especially one with a slow progressing plot like The Wild Storm. If you’re put off by ‘confusing’ stories then this probably isn’t for you. I’ll admit, there’s a scene in this issue that lasts a number of pages and I don’t understand it at all. I’ve read it over a couple of times and I’m still lost. But it’s beautiful so I’ve learned to accept that this series has moments like this. I’m willing to wait until the next issue to see if I can learn more. Not everyone is as patient.

Another complaint is the number of characters. It’s to be expected with the scope of the series but at this stage it’s getting increasingly difficult to remember backstories let alone names. All too often I stare at a panel trying to put a name to the well drawn face. I personally struggle with names so in that sense this isn’t the series for me. I can’t help but feel the slow nature of the story doesn’t help. Maybe if characters interacted with one another more often I’d have an easier time remembering people. As it is I’m remembering small groups but not individuals.

As always, the dream team of Ellis, Davis-Hunt and Buccellato deliver a fantastic comic book. Readers know by now to expect the unexpected and for that to be beautiful. If you haven’t been following the series this definitely isn’t a ‘jumping on’ issue, but if you have then you don’t want to miss out.