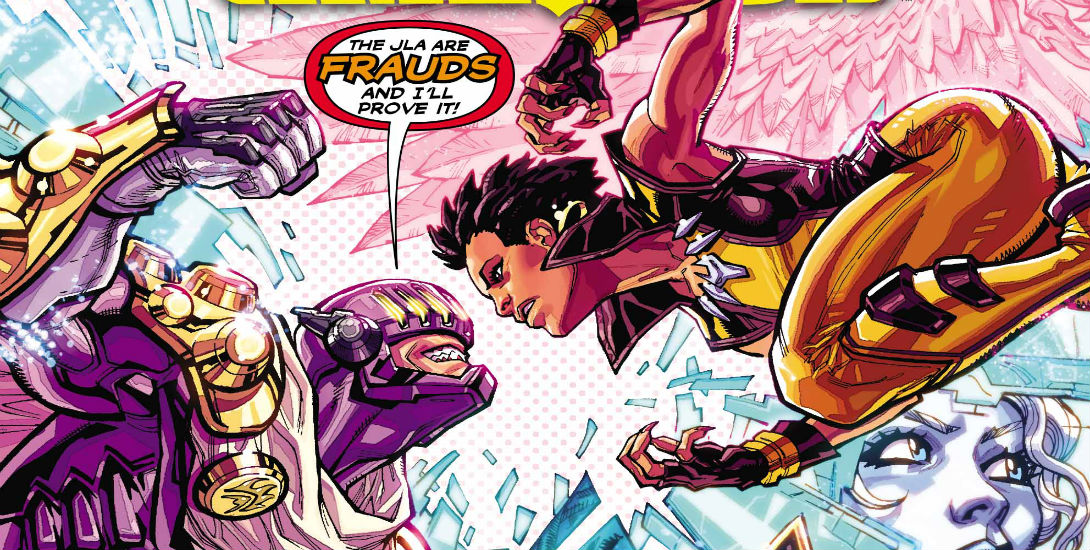 The League is under attack by Prometheus who seeks to take them down! Along with the villain Afterthought, the two systematically take out the entire League–only leaving Vixen, Lobo and Black Canary left standing. Can the League truly withstand the onslaught of Prometheus?

I absolutely loved Prometheus in this book! He’s literally almost like an evil version of Batman with all of his precise planning. Even when Black Canary, Killer Frost and The Atom all get the upper hand, Prometheus reveals that he planned for them to anyways! I especially loved the fight between Lobo and Afterthought although it didn’t go the way I expected.

My only complaint about this book is how underused Lobo has been so far. It seems that Orlando has reserved Lobo for the comic relief of this group–and that is absolutely fine. However it seems that Lobo has been gotten the best of lately by a few villains even in previous issues. I’ve always known Lobo to be a tough to kill guy with a smart mouth. Orlando does that here superbly, but in this issue and a few others he comes off as a literal punching bag because he’s immortal and can regenerate. Although the fight between Lobo and Afterthought was good, I’d just like to see Lobo do more than lose body parts and provide commentary for the group in almost every issue.

Overall I thought Justice League of America #19 was a good read. The story is full of action, Prometheus shows just how much of a genius he is, and Black Canary and Vixen steal the issue showing how great leaders they both are. Orlando leaves this issue on a cliffhanger as it seems the everything that occurs in this issue is nothing but a distraction from whatever Prometheus is planning next. Hopefully in the next issue we see Batman’s return–I’m looking forward to a showdown between Prometheus and the Dark Knight.