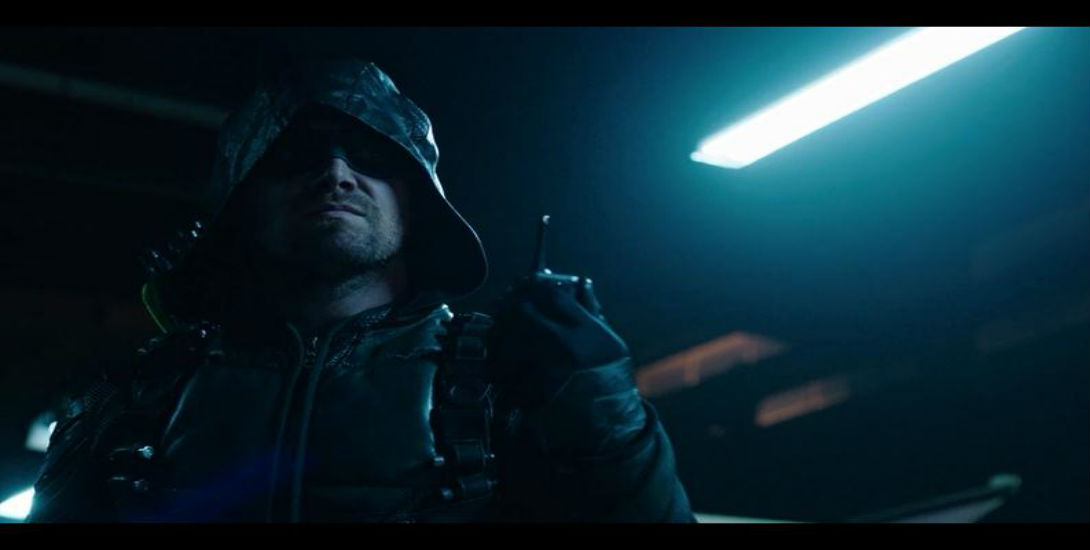 Quentin Lance has been kidnapped by Laurel and Cayden. The team looks for Lance while trying to figure out who betrayed the team.

This episode has some good things hidden up its sleeves. First is that it continues the side story between Vigilante and Black Canary. It gave us a viewpoint on what is happening with those two ever since their last encounter. It seems that Vince has been in contact with Dinah and he’s trying to get her back, but on the other side, Dinah wants him out of her life. It sounds cheesy, but it’s a good thing that we still see Dinah caring for her old partner.

We also get a nice father-son type moment between Oliver and Quentin. It was a heartfelt scene where Quentin gave a watch as a gift to Oliver. It showed how the two have grown all these years together. There were no bad guys getting beat up, no explosions, just one thoughtful and heartfelt moment between the two. We also saw a heartfelt moment between Earth-2 Laurel and Quentin. Black Siren reveals what happened to her father on Earth-2 who had an accident when she was thirteen years. It somehow gave a depth to the relationship between Quentin and Black Siren.

Then there’s the reveal that someone in Team Arrow gave the tip to our friend Agent Watson. It was Rene all along. He did it because Watson blackmailed him by not letting him see his daughter and by threatening to reveal his secret identity as Wild Dog to everyone. Rene did what every father would do just to get their child back. He accepted the deal that he would testify at Oliver’s trial that he in fact is the Green Arrow. A father’s love for his children will make him do anything just to keep them safe.

And finally, we have the great reveal of who the Team will truly face during the second half of the season. We see an awesome shot of everyone lining up. There’s Vigilante, Anatoly, Black Siren, Cayden James, Boots and Ricardo “The Dragon” Diaz. It was part of Cayden’s plan all along to divide the team. It was a brave move for them and I can’t wait for what they will do to the team. We could see another Anatoly/Oliver confrontation. A Diaz/Diggle match. Black Siren/Black Canary face-off. Maybe a one-on-one between Boots and Wild Dog. Also we could get to see another fight between Green Arrow and Vigilante or a handicap match where Black Canary will join and try to help the Green Arrow. The possibilities are endless!

Even though this episode was good, there were a few awful scenes that just felt wrong being there. For instance, when Oliver was having trust issues, it just felt cliché. Like everyone who watches the show knows what the outcome is when Oliver has some kind of trust issues. It goes bad; really, really bad.  People walk away from him. We’ve seen Oliver do this several times and it feels repetitive and unnecessary. Over the last six years, Oliver Queen should’ve learned to trust the people around him, but he doesn’t, and it always costs him greatly. The members of Team Arrow trust him as their leader and as their friend, but seeing what happened in this episode, it would really break anyone.

Also, another negative point is the part where Cayden James let Team Arrow sabotage some important science equipment. Like, yes, the dude is a genius but letting an important device that you will need someday be sabotaged is not a great move. What is he going to do, look for another one online? Maybe, he’ll have luck looking it up on Amazon.

Also, does anyone find it odd that Felicity’s dad is back and everyone is good with it? I know that we need to forgive, but he still has crimes that he needs to pay, right? Or did the government gave him a pass on the unspeakable things he had done?

Then we have the main plot of this episode. It seems flat. It did add something on the bigger scale but overall the plot for this episode is bland. It also feels repetitive. I feel like I’m watching something that has already happened in the show. The episode starts good, everyone’s happy then something comes up that will eventually challenge the whole team and they will go into their brooding mode. Then after the episode, either the problem is resolved or something “shocking” will happen. I feel like I’ve been cheated. Writers should make the story interesting. They should place elements, not just threaten the city. Threatening to blow up something is usually the favorite threat of villains, and writers should do away with that. Like what Deathstroke did in season 2. He goes out and tries to destroy Oliver’s family. Prometheus last season who tried to destroy Oliver on every aspect possible. Ra’s Al Ghul who questioned Oliver’s identity. And then we see Cayden and his Injustice Gang, and of course they bring a life threatening event to the table. Hopefully they fix this trope as soon as possible.

Episode nine had some shining points that can be seen, but there were a lot of negative points that bring it down. The plot is not that engaging and the villains don’t provide that much of a threat. I am really hoping that when they return this January, they will give some resolving points to the story and to some of the relationships that were destroyed.