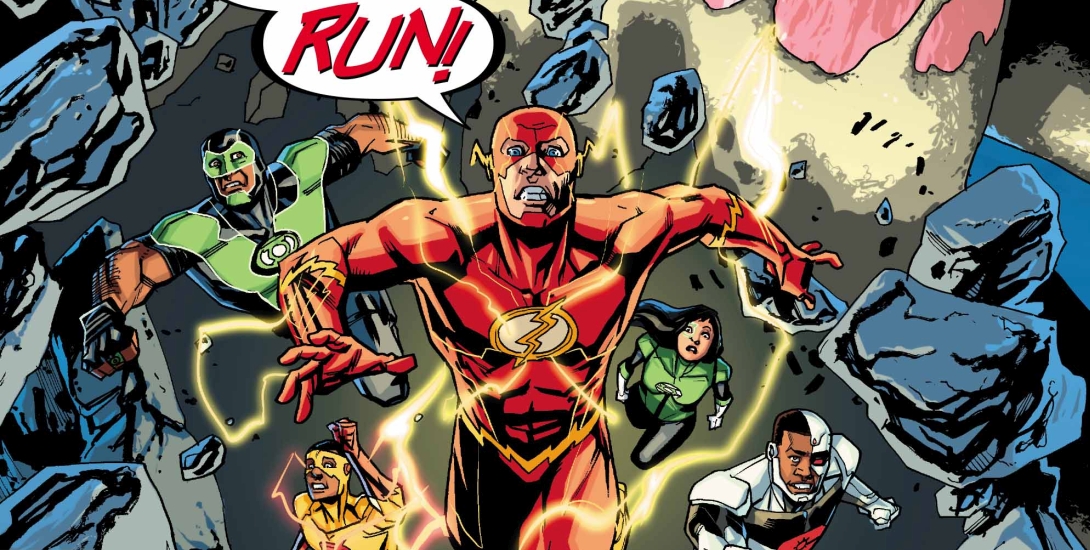 “LOST” part two! Still greatly affected by the shocking events of the previous issue, the Justice League attempts to regain its balance when an alien infestation threatens the Earth. But nothing can prepare them for an attack closer to home…one that will reveal devastating truths about the League itself!

It’s only two issues into Christopher Priest’s run on Justice League, and he already is making his mark on the title. This initial storyline raises some interesting questions. Foremost, how does the League deal when one of the big guns screws up? We have seen stories where new members make mistakes as they struggle to find their place in the League, but what if the mistake is made by Batman?

This is a somewhat new way of looking at the Batman. Yes, Batman has his limits, but he rarely makes tactical errors. And when he does, he is more than capable of adapting and pulling off a victory anyway. So, Batman making a mistake that costs lives is a rare situation for Batman to be in.

And this has led to Wonder Woman doubting her place in the League as well. She seems to direct unstated blame at Batman, but I imagine she blames herself as well. With her skill and experience, she likely feels that she should have still saved the terrorists’ victims and undoubtedly feels that not doing so is an unforgivable failure.

Another question is whether the Justice League should have been involved in fighting that terrorist situation in the first place, or should they have left it up to the police? Wonder Woman notes that it was a busy day, as the League also was dealing with an earthquake and an alien invasion. Perhaps the League should have faced those two threats and held back from acting in the terrorist attack unless it became clear the police couldn’t handle it.

Well, this may be just nitpicking, as it doesn’t seem to have hurt the story, but if two characters are going to carry on a conversation in Spanish (or any other non-English language), could we at least get a translation? I understand that most US citizens learn basic Spanish in school, but these comics are distributed internationally. Being Canadian, I could decipher French, but I’m lost when confronted with Spanish, and I would have like to have known what Jessica and Gammeron were talking about.

Priest and Woods are off to a great start on this title with an engaging and thought-provoking storyline. If they can maintain this level of quality, Justice League will once again be one of DC’s best titles.