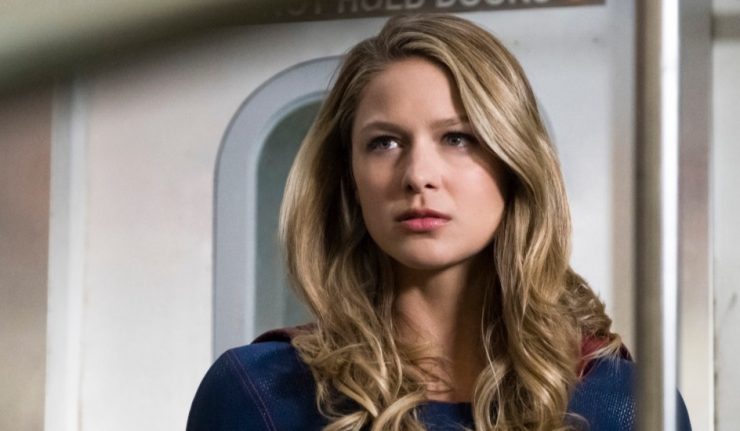 Supergirl and the DEO capture the second world killer, Purity.

The split personality aspect of the Worldkillers is a little more interesting now. I love Purity’s description of Julia as a character; I don’t know how accurate that is in relation to actual split personalities but it’s interesting in a narrative about super powered aliens. Sam’s blackouts are also a fun device to play with and the best scenes of the episode are Sam essentially losing her mind.

The action is cool. It’s fun to see the entire team, minus Guardian and Saturn Girl, take on Purity. I love that Purity immediately puts civilians in danger with the heroes not hesitating to help them.

Kara is written consistently and is still very admirable. She instantly is able to see the person within Purity and desperately tries to reach her with compassion. She uses violence when necessary but Kara has a good sense of when to use it and when not to; that element is always present in her.

Unfortunately, the show is starting to have the same problems the other CW superhero shows have. Characters are being written episode to episode without any clear goal of an overall story. Besides Kara, the characters are different people each episode. Alex is the big example with this. She spends the entire episode acting like a sociopath; she just wants to torture Purity. There’s a cruelty and coldness that has never shown itself even in recent episodes. She has this argument with Kara in which Alex tells Kara that Kara’s optimism is a bad thing and she can’t afford to have that. The show spent half of this season on Kara trying to be cold and Alex constantly balled her out about; her hope and optimism was important according to Alex. Last episode, Alex was giving a speech to Sam about not losing hope. And yet here, she’s the Terminator. It’s an arc that fits this episode but does not play to the rest of season and makes Alex look horrible.

Besides inconsistent characters, the big problem is that this episode is dull. Maybe it’s because I’m having a hard time connecting with anyone besides Kara but I was so bored. A big chunk of the episode was legitimately spent on fixing a car battery. Technically, it was a space ship battery but they treat it just like a car battery.

This episode doesn’t work. There are moments with Purity that are interesting but most of her scenes are either action beats or Alex is going on about wanting to dissect her. Sam’s scenes are engaging but short and serve to act as more of a cliffhanger for the next episode than anything else. I still love Kara; she’s an engaging and compelling lead but like Purity, most of her scenes are with Psycho-Alex. The action is fun but in terms of story, this episode feels like filler even though I know important stuff is happening. It’s very strange. I hope the production delay allows the writers to form a concrete and focused ending to the season because it started very strong but this middle section has been underwhelming.