Diana takes Kara on a trip to learn who she really is, and to help her embrace her past. 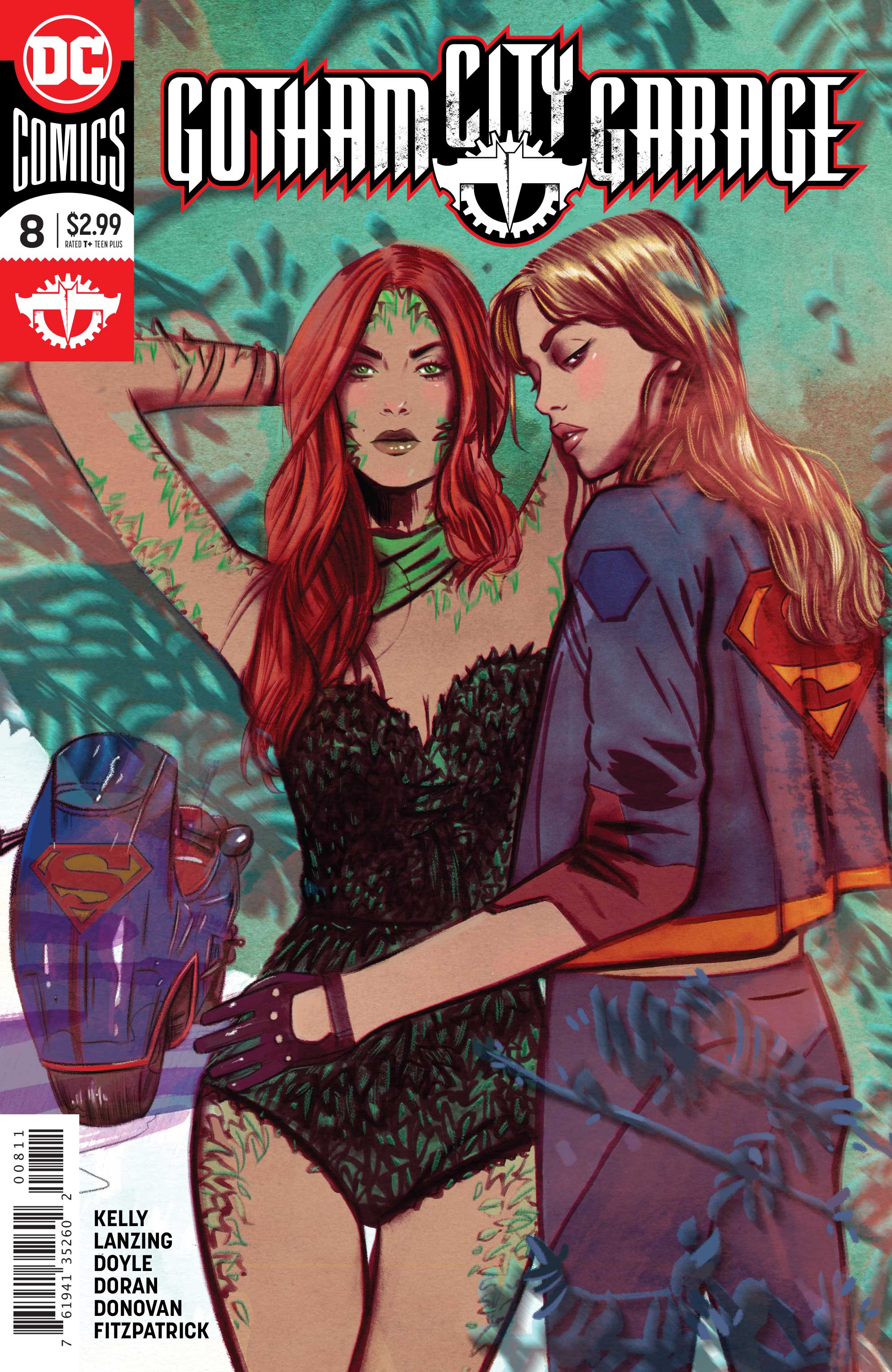 So far, I have really enjoyed every issue of this series, some more than others, of course.  This was a unique piece of the story, as it focused primarily on just two characters – Supergirl and Wonder Woman.

It was nice to get a chance to spend a bit more time with Diana, as she really just entered this story over the last couple issues.  We got to see a bit about her back story in a beautiful segment on Themyscira, drawn and colored by Colleen Doran.  I loved how she pretty much only used red and blue throughout the entire scene and washed out the color on certain spots.  It really helped bring out the feel of a memory.  We don’t know exactly what happened, but what we did get was powerful and intense. 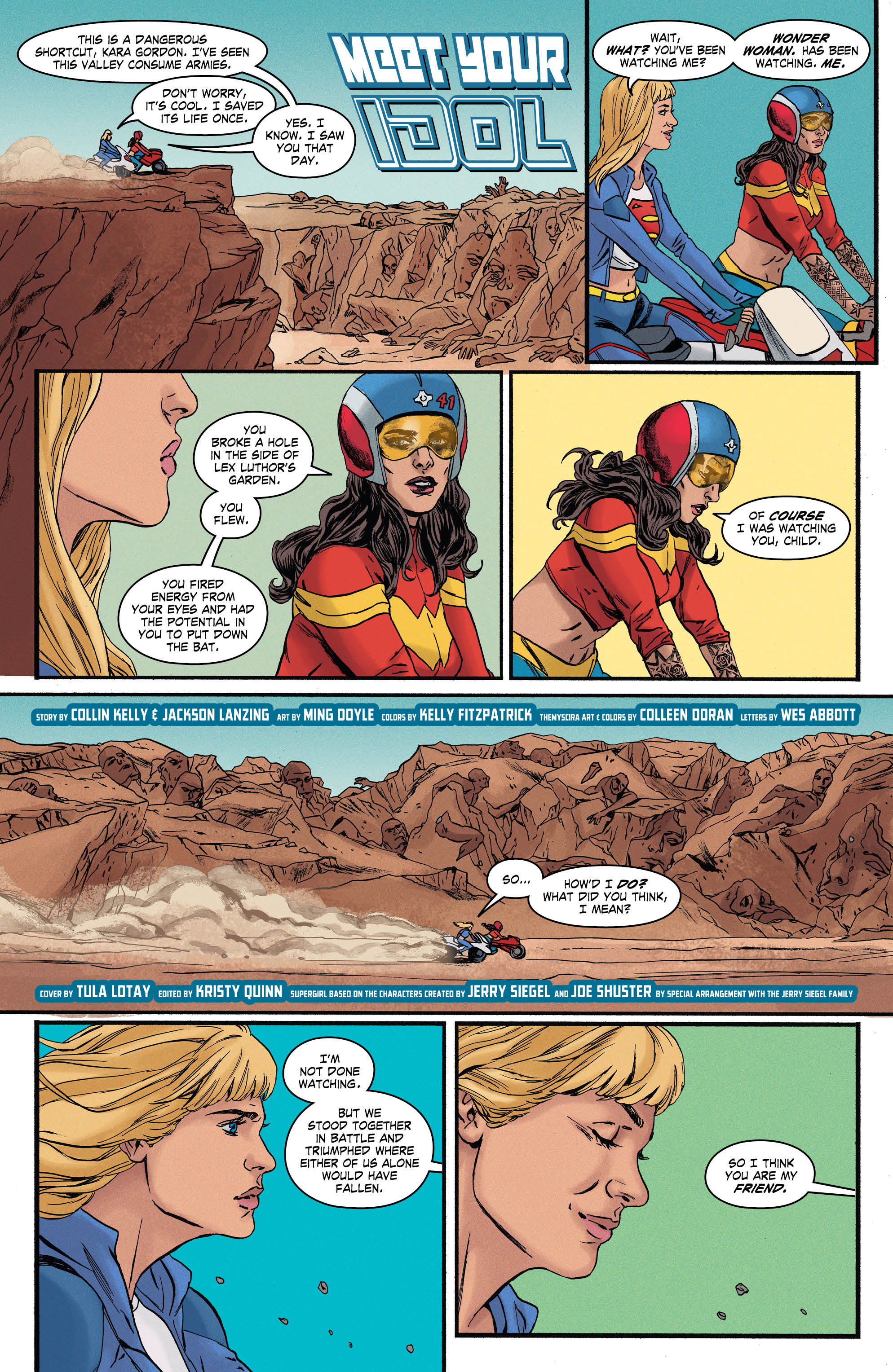 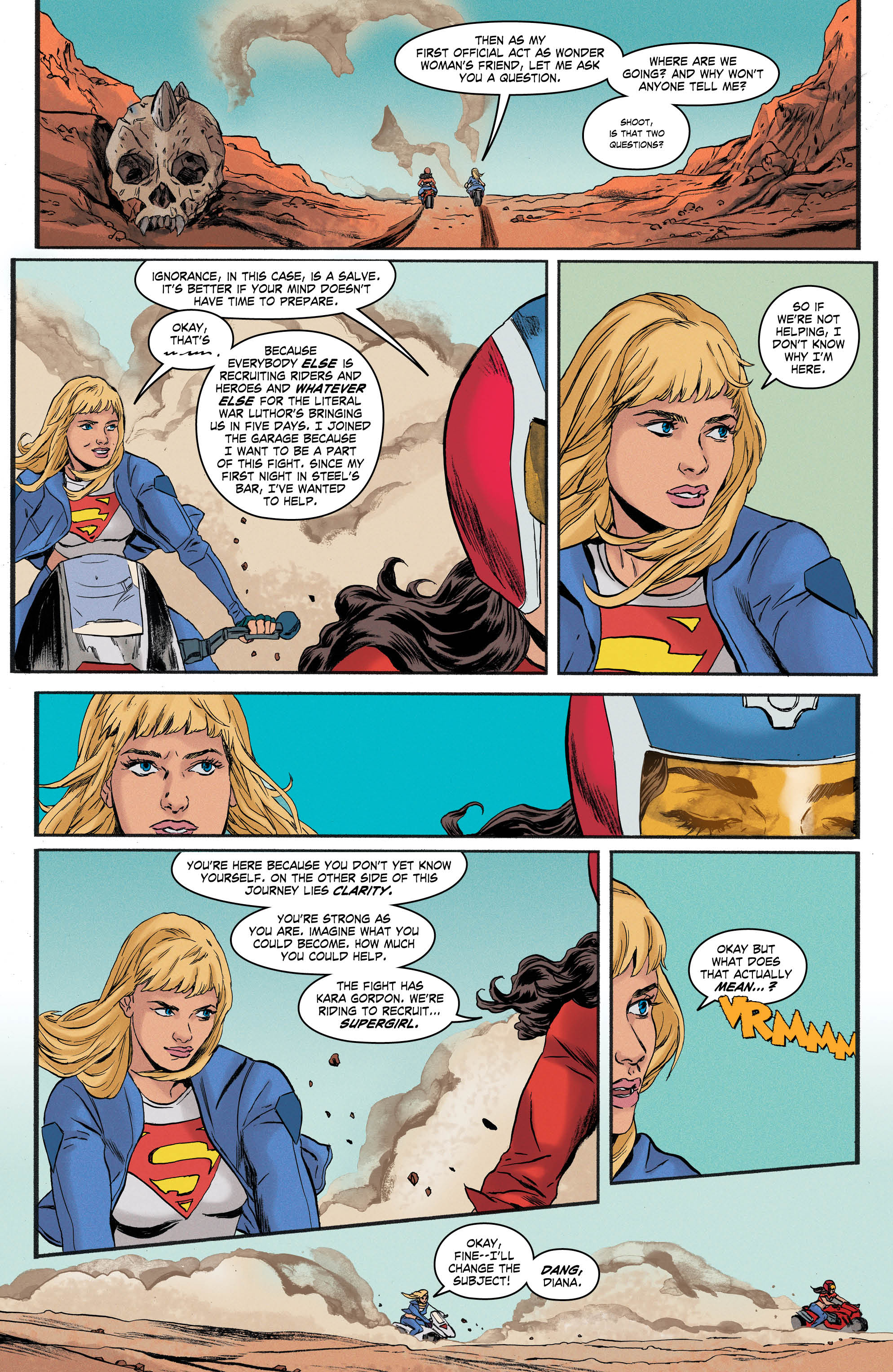 I also found it intriguing that this book was actually spit into two stories that seamlessly linked together.  The second story with Kara entering The Forest was really cool.  I loved seeing this dystopian version of Poison Ivy and the mysterious new character, Carver.  Making them tattoo artists who memory walk was an interesting idea, and giving the tattoos a real, deep purpose was something that truly grabbed me as reader who has important, symbolic tattoos of his own.

This felt kind of like a filler issue to me.  It was a lot of riding and talking, and back stories for both of these characters.  Now, I understand that not every issue can be action packed, and that sometimes we need to slow it down and take a moment to learn more about these characters, but after last issue, which was also a slower paced story, I was hoping for a bit more. 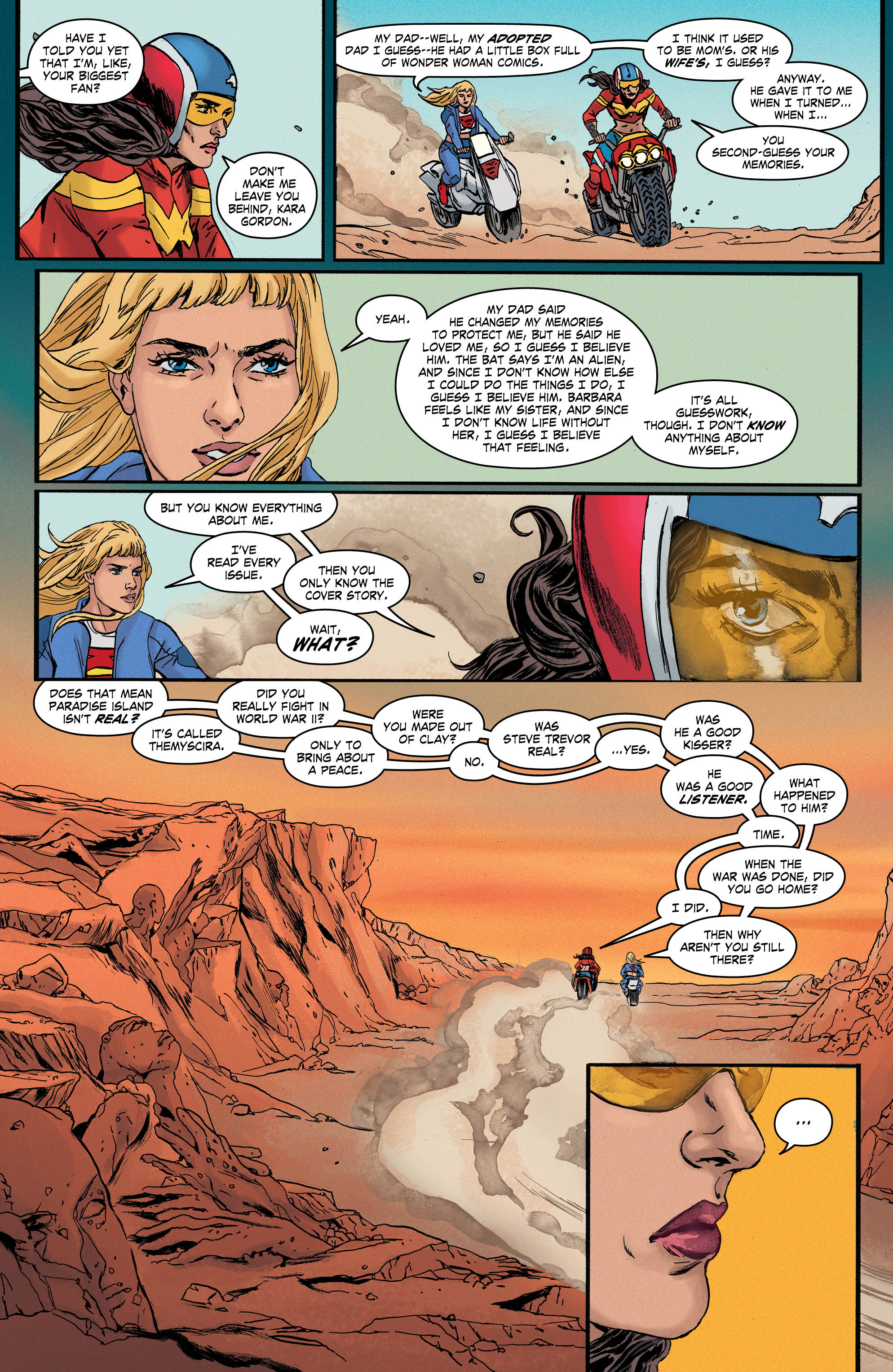 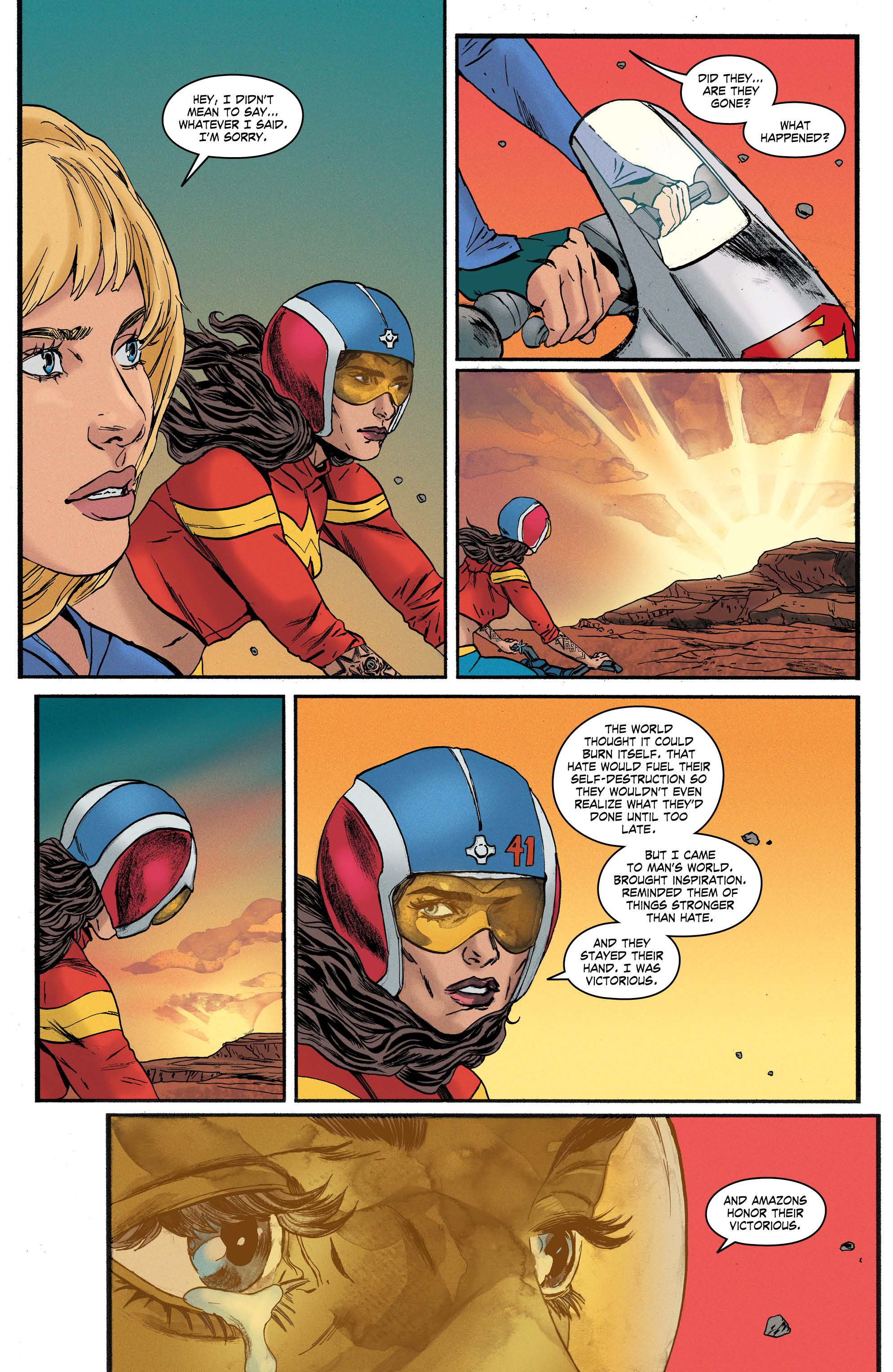 Overall, I dug what they were going for here, paralleling Wonder Woman’s back story with Supergirl’s, but I wish it had just a little bit more meat to it.  Still, it’s a great piece to the story and, when read together in the trade, will probably flow better along with the rest of the story being told.

Chantal Nong Will Be VP Of Production For DC Films