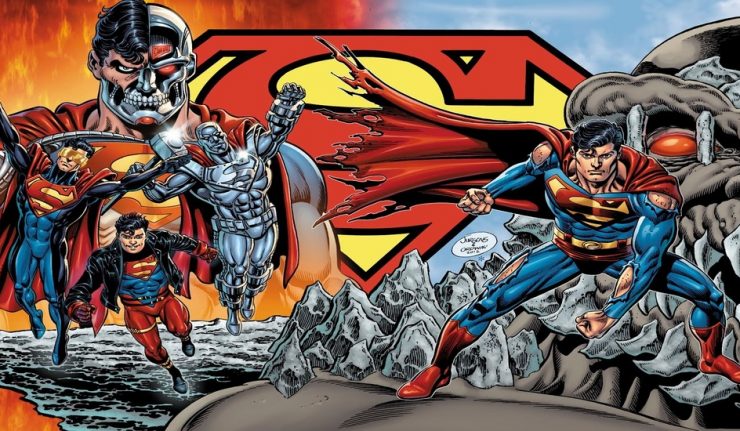 On the bonus features for the new DC animated movie Suicide Squad Hell to Pay Is a first look at the upcoming Death of Superman animated film. It will be released later this year and this is the first part of a two movie part series that adapts the Death and Return of Superman story line from 1992-93. It will be a more faithful adaption than 20017’s Superman Doomsday. Check out the pic below!