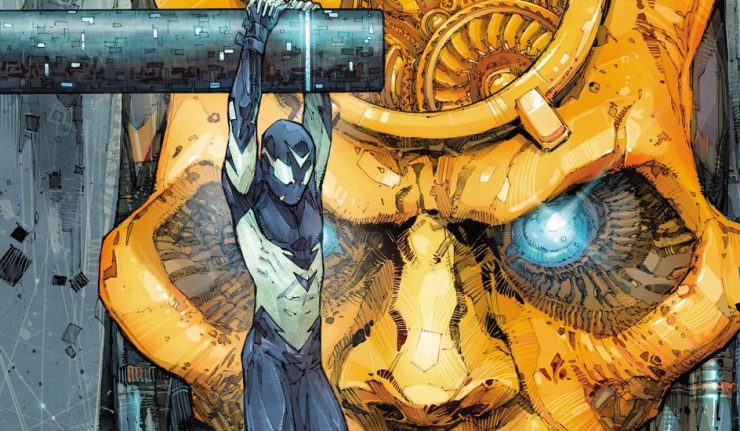 Wrestling with the perils of a lost phone and a death threat from an extraterrestrial keeper of time and space known as Tempus Fuginaut, Derek James discovers that the life of a hero can land you in the hospital, especially when things go sideways.

I admire the issue’s attempt to keep a very lighthearted tone, even in the midst of danger.  Derek is trying to escape what seems to be a God of time, and he is still able to make a joke about his mom while doing it.

At the same time, the biggest strength of the issue is the backstory we get for Derek’s mom.  Sideways has made it clear that this story is going to be all about Derek and his new life, but it’s nice for the audience to see that Derek’s actions have consequences for those around him.  Derek’s mom talking about how worried she was while looking for her son was a touching moment that was quite unexpected from a series that frequently jumps from joke to joke.

The issue was largely there to set things up for the future, and it set up a lot of intriguing events for the series to return to.  In addition to this “time god” who’s hunting Derek, we gain the knowledge that his rifts leak some sort of substance that can melt a duck, presumably dark matter.  We also meet what may be another villain at the end of the issue when Derek has to protect his mom and friend from Killspeed in the hospital.  These are some major concepts that I look forward to being addressed in the near future.

The art was also quite good in this issue.  Some of the facial expressions seem a bit awkward, but a lot of that is overshadowed by some of the outstanding detail work that you can see in the background.  Whenever Derek is on top of a building, you can see the city in the background, and it looks absolutely stunning.  The closeups of his mom’s face were also really well done.

Once again, the comic has a lot of issues with staying grounded.  It is very fast paced, and besides the mom who showed a lot of emotion this issue, I find no reason to care about the characters.  Derek remains as witty as in the first issue but still doesn’t provide much pathos, even when he decides to stand up and try to save his mom and friend.  Until they give the villains or the hero some substance, this comic is going to have some trouble.

The introduction of Killspeed was great, but I found her name to be unoriginal and her powers rather confusing and lackluster. From what I can tell, however, it seems she is going to stick around, so I hope they can give us a better explanation of this character soon.

The comic is still a little dry, but I don’t have a problem with them taking their time to set things up.  Sideways #2 showed us some good emotion, and I am excited to see the rest of the characters develop.  The artwork improved for me in this issue and I look forward to the future of this comic. 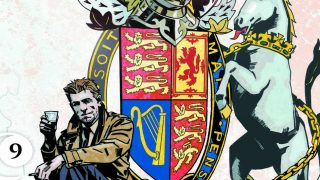