After fighting the Suicide Squad and Wonder Woman before escaping Atlanta, Ethan has made his way to Louisiana. Thanks to a friendly truck driver, Ethan hitches a ride  and even has a job working in a field to make some money while he bides his time.

Not long after Ethan and Jorge, the truck driver, leave the small truck stop in Atlanta, Colonel Jonas shows up. In her tow are Mr. Leash, Paparazzi, Misha, and one more goon. Misha, a hairless woman clad in black has the ability to track like no other being on Earth. She can sense things from months ago depending on the contamination and sense she’s using.

Meanwhile, Ethan is relaxing in the back of a simple truck laughing with a bunch of guys looking to make some money with an honest days work. Quickly, they joke among each other, “what’s the Guerito doing here.” They all laugh and smile together. Soon when they arrive something is wrong. The regulars ask the drive where they are as they don’t recognize the trees and the crops are far more over grown and thick than they should be. 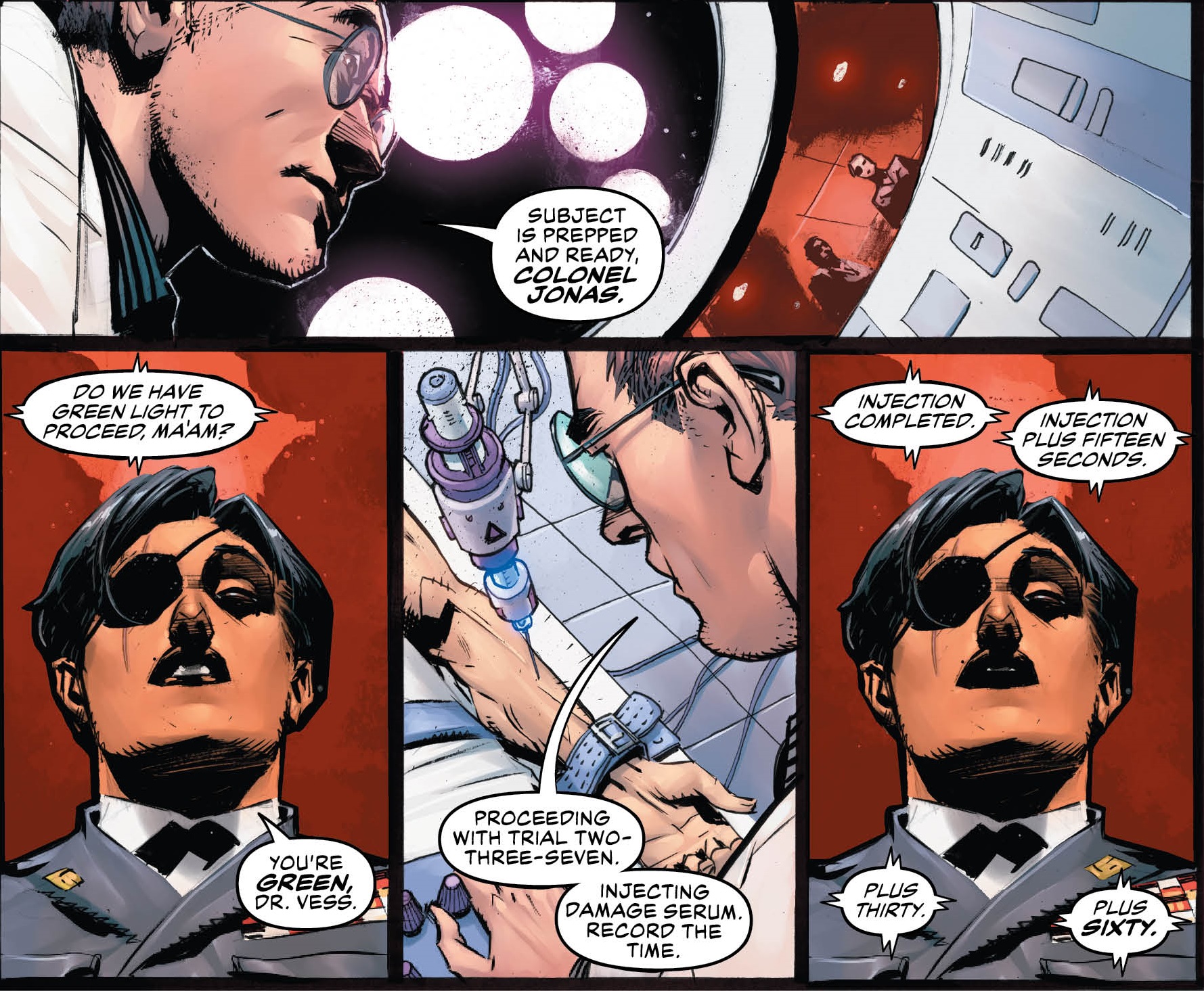 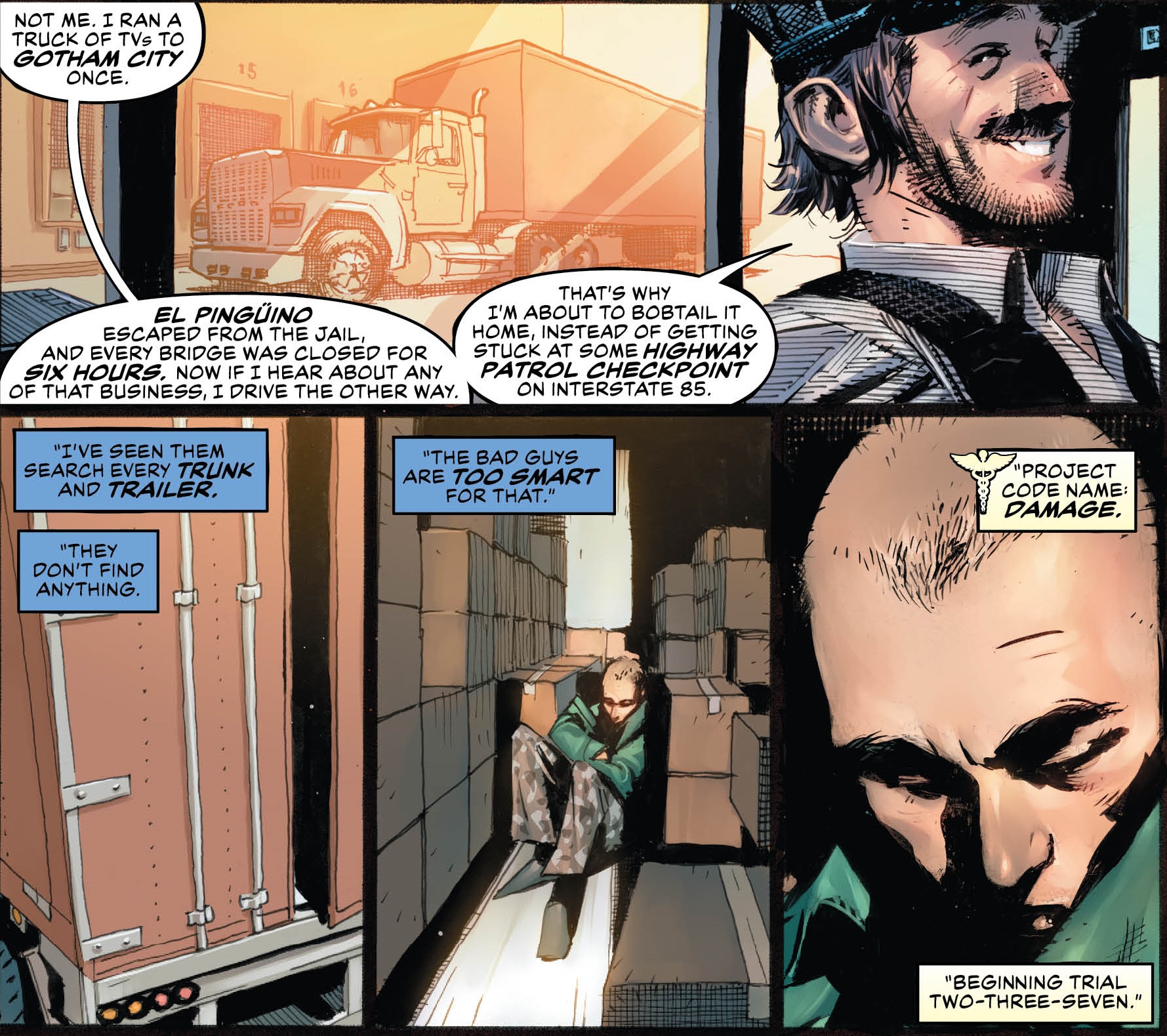 As they dismount the truck, all become much more excited as they are great by a lovely woman with green skin. Unfortunately for them, Poison Ivy doesn’t take too kindly to the agricultural field, especially one designed let human kind feed on plants. The insuring attack forces Ethan into an awkward situation, should he let her kill his new friends, or let Damage out to stop her?

Nord and Venditti do an amazing job with this issue to rescale Damage for his position in the world. It would be easy to say that he is a copy of Doomsday or another Justice League level character. If he was left that way, very quickly he would get boring and seem just like many other characters that get lost in a dog pile of heroes and villains fighting.

In this issue however, Ethan scales himself down to a very local and small level. By placing him among regular people, stereotypically lower class people, the series is reorganized making Ethan more relatable and human. He laughs and jokes with a bunch of guys and is getting ready to work, instead of scowling and debating something with the league. This repositioning of the character was a breath of fresh air in a series that could easily have been an unremarkable story about a military experiment gone awry. 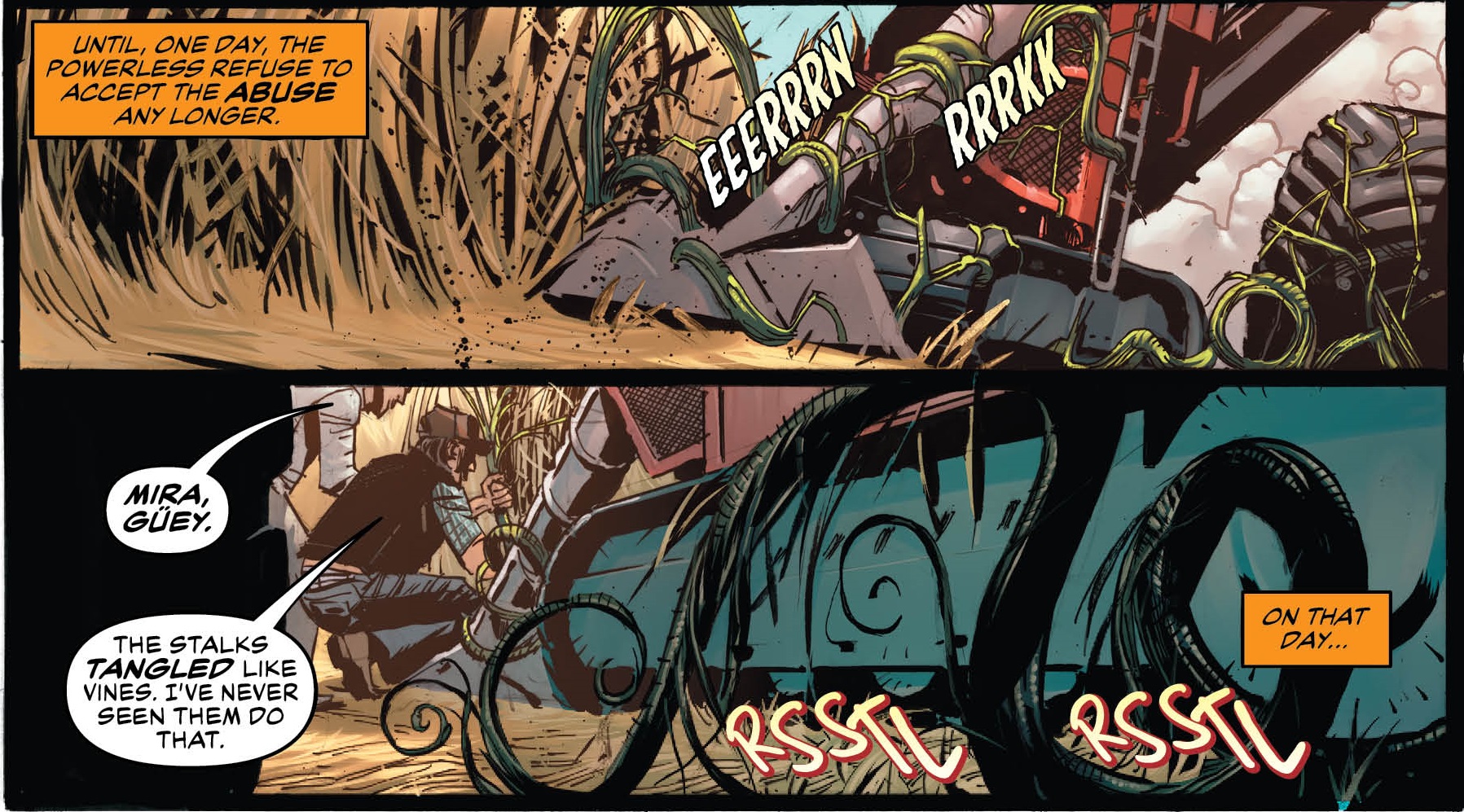 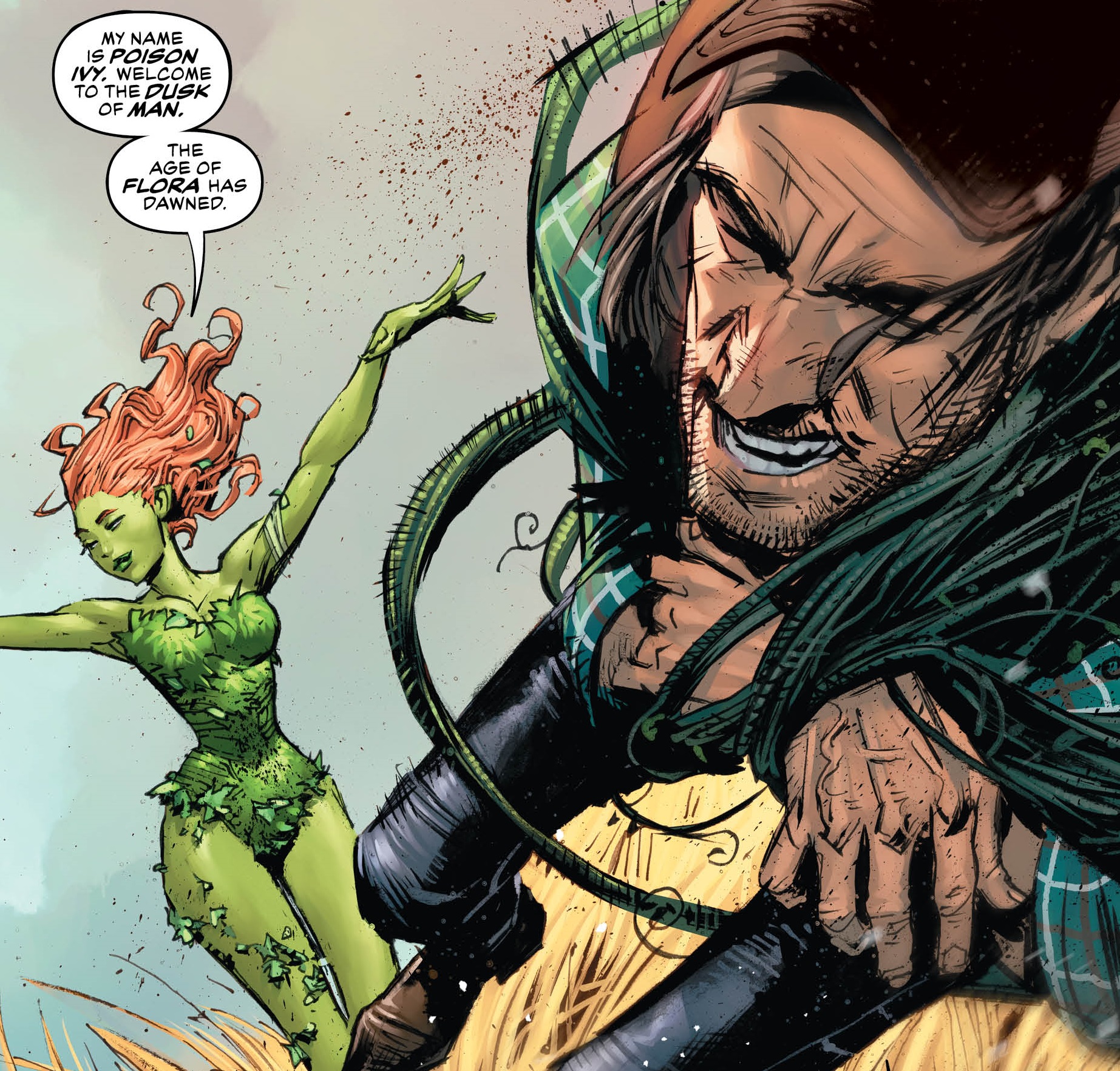 While we are getting to know Ethan Avery through flashbacks, there are so many different characters coming to get him that issue four feels cluttered. No particular character is allowed to stand out or have enough time to develop. Instead we are left with a bunch new and possibly interesting character who are eclipsed in quick dialogue and the appearance of Poison Ivy.

Damage #4 was a fun issue that really took Damage from a monster capable of contending with Wonder Woman and made him more personal. Ethan’s world has become quite small and personal, narrowed down to a few friendly folks in the back of a truck.