Team Flash recruits Earth-X’s Leo Snart to transport Fallout before DeVoe can claim him for his Enlightenment, but Barry’s struggle with grief and Earth-X’s Laurel Lance compromise the mission.

The theme of grief is prevalent in this episode and is dealt with realistically. Three members of Team Flash are dealing with not only the loss of Ralph Dibny, but fallout – no pun intended to the bus meta of the week – of their own. First we’ll focus on the case of Barry. For once, marriage counselor Dr. Finkel actually has relevance in the case of Barry. Ralph’s possession by DeVoe was essentially his death, and you need only mask the extra-normal details in this session. Barry believes that, as an old hand at loss, he can shoulder this one, but he’s wrong. What works is an inversion of the plot device involving Ralph; to help Barry, it takes Leo Snart to break him down as opposed to propping him up. 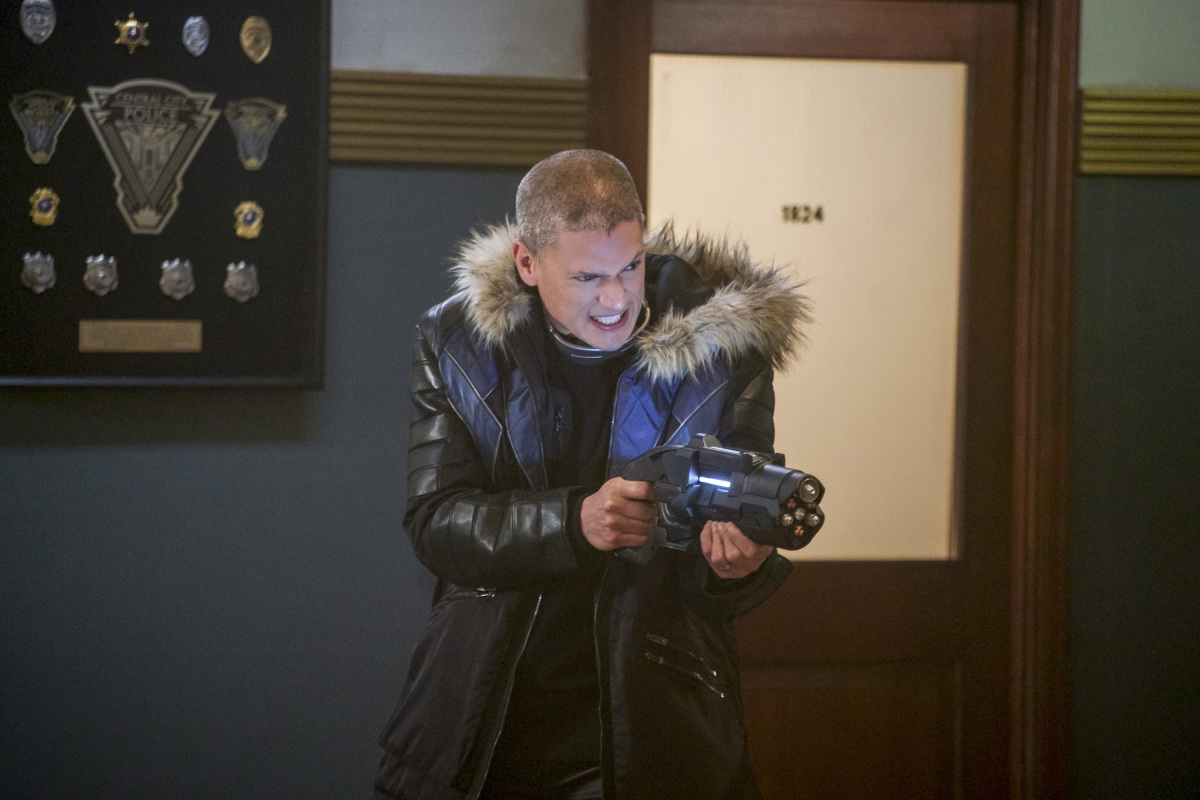 Throughout the episode, Barry’s façade fails numerous times in spite of his best efforts. It nearly costs the team the win against Siren-X – well-played by Arrow regular Katie Cassidy in another heel turn for Laurel Lance – and the CCPD their lives. Sandiland’s now-emotionless DeVoe is the flip side of Allen; whereas he finds folly in connecting with his emotions, which distances him from Marlize, Barry has to admit his guilt in order to become better. Confiding in Joe in the crime lab is a father-son moment that has been missing in the latter half of the season. Besides being the cop, Joe West is the soul of the team and the reason Barry turned out the way he did. Martin plays the surrogate father role to perfection.

Gustin’s monologue in Finkle’s office, which bookends the opening scene, is felt. I, myself, have suffered some grief from the consequences of recent actions, which I hope are salvageable, and this scene just brought it all back. Moving to the next party, there is Harry, whom I could tell in the last scene from the previous episode was acting uncharacteristically hesitant. The jolt he’d received while boosting the Thinking Cap with Dark Matter had caused a gradual deterioration of his intelligence. What pushes this tragic turn of events further is that Gideon, voiced by the always-welcome Morena Baccarin from Gotham, confirms there is nothing that can be done. Cavanaugh’s performance as a man who realizes his folly while trying to mask his condition is believable.

Wells sees his intellect alone as his identity, and his hubris and addiction has cost him. This is another flipside to the case of DeVoe, whose own experience with the Thinking Cap coupled with Dark Matter ultimately cost him his mobility and his humanity. Much like how Snart talks some sense into Barry, it takes Cisco to make his lab partner realize there is more value to him than just his mental acumen. This is going to be an interesting direction for Tom’s character. This can be akin to someone experiencing dementia and ultimately Alzheimer’s. My grandmother was recently diagnosed, so I know what that is like from an observer’s perspective. 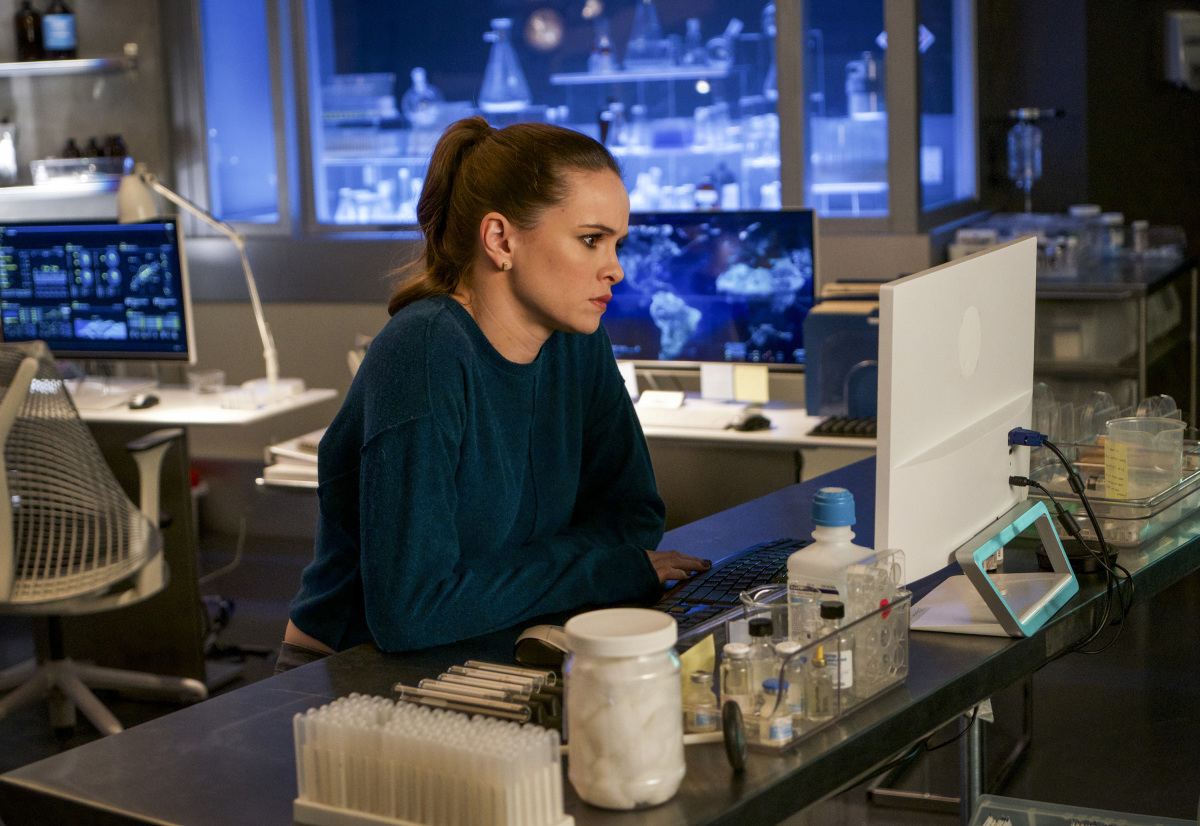 And finally, there is Caitlin, who is the only one on the team that has some glimpse of hope. Through her talks with both Iris and Snart, Caitlin has revealed how she grew closer to her alter-ego, a quantum leap forward from last season. To her, Killer Frost is like a roommate in her mind as opposed to a menace. And, as mentioned in previous episodes, Frost warmed up to Caitlin in return. However, given the unpredictability of Dark Matter, it remains to be seen if this dynamic survives in the event of being exposed again. This could either restore the Jekyll-Hyde balance, or push Killer Frost to the forefront permanently. Trying to repeat the results of what was a freak accident doesn’t always ensure the same ends.

This is also the reported final appearance of Wentworth Miller as Captain Cold. The additional heart-to-heart moments with Barry are meant to parallel with those of his Earth-1 doppelganger. However, they’re also designed to give Miller a proper send-off. Even that last scene as he parts with Team Flash, he’s wearing his original costume as a nod to how he came on the scene in this show. The beauty of this series, with the motif of a multiverse, is an actor has the freedom to portray their character as both hero and villain, or just shades of difference. Cassidy’s Siren-X is just as villainous as her Earth-2 doppelganger, only more psychotic. Although nothing like the Earth-1 version of Laurel Lance, Black Siren would never do something as brazen as cause a nuclear explosion in a police station. At least I don’t think so. She is an unofficial fourth character experiencing grief and is in the rage phase. 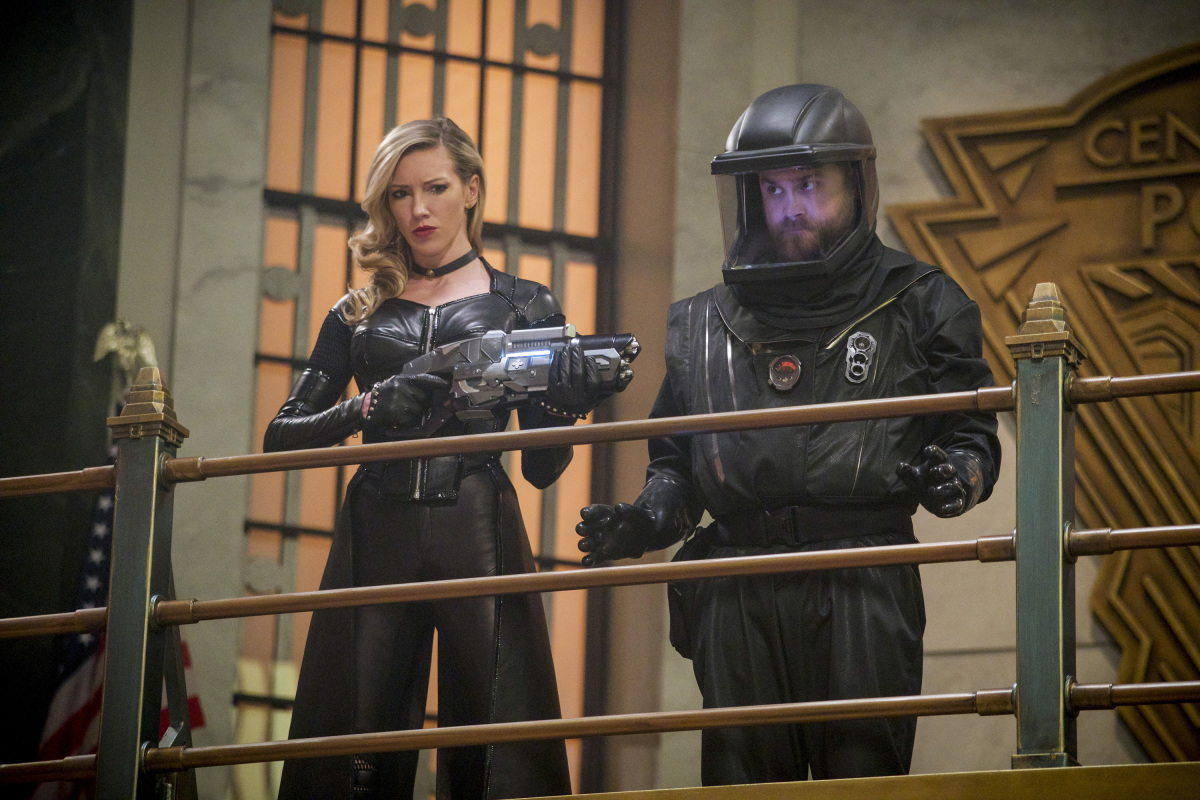 Lastly, there is Marlize. You feel for her trying to connect to a man whom she no longer has any emotional bond with. Drugged and diminished, she has become subservient to DeVoe, from wife to underling, and he makes that line clear. Those tears at the end tell a lot about what Marlize is realizing, even if she can’t remember she’s being drugged. Brilliant acting on Kim’s part.

I barely see anything wrong with this episode at the moment. My opinion might change later, but at the moment, the only complaint I have is the lack of attention paid to Fallout. Borman is essentially a walking nuclear disaster and no one even engages him in conversation. McDonald seems underused in this episode. He’s just a prop that is hackey-sacked around from Team Flash to DeVoe to finally Siren-X. I know there is little dimension to his character’s abilities, but it would have been a good idea to examine his character’s background a little. Dropping him in a bunker in a virtual reality designed to keep him calm seemed too cartoonish.

I give this a solid 5 in spite of Fallout. The examination of grief conveys a lot of introspection for the characters in general and that was smart on the writers’ part as opposed to marching forward.