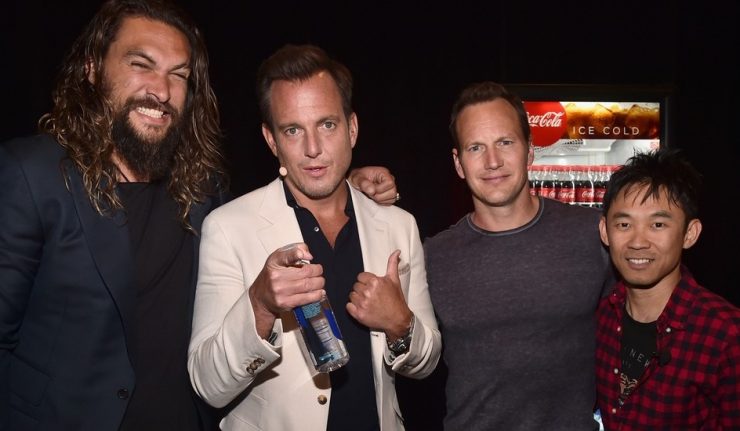 As DC fans wait with bated breath for any DCEU related news, known and unknown, we haven’t heard a great deal about the upcoming Aquaman movie. This was until receently, when star Jason Momoa, posted an Instagram video:

Though no specific date and you can speculate in regards to his latest Instagram post, their appearance at CinemaCon on April 24th, Wan showed his first footage from the film, which was described as:

”There are a number of establishing shots as Arthur Curry returns to Atlantis (presumably after his adventures alongside the Justice League). And then we start to get a sense of the plot. In a scene reminiscent of Black Panther, Arthur has to battle his corrupt half-brother (Patrick Wilson) … and it appears he might lose. Banished to the surface world, Arthur will do what he can to protect the land, as his step-sibling, Orm (the Ocean Master) promises to bring an army to our world so he can conquer from the sea….The concept art sprinkled into the montage of battle scenes shows what James Wan and his team have in store Soldiers riding on the backs of sharks. We see massive ships, training sequences for young Arthur Curry, Jason Momoa battling folks on a submarine (and telling Mera that he’s a “blunt instrument” who is very good at his job).”

Based on what Momoa said on his Instagram post and what was described about the footage that Wan unveiled, it looks like DC fans have something exciting coming their way, and perhaps will make neutral moviegoers new fans of Aquaman.