Dorno, now made a fully-grown man by Animan, does a whole bunch of running. Amzot has 24 hours to live and only Dorno can save it. His parents are gone. His planet is evolving at an alarming rate. His Herculoid friends are in grave danger. Things are bad. 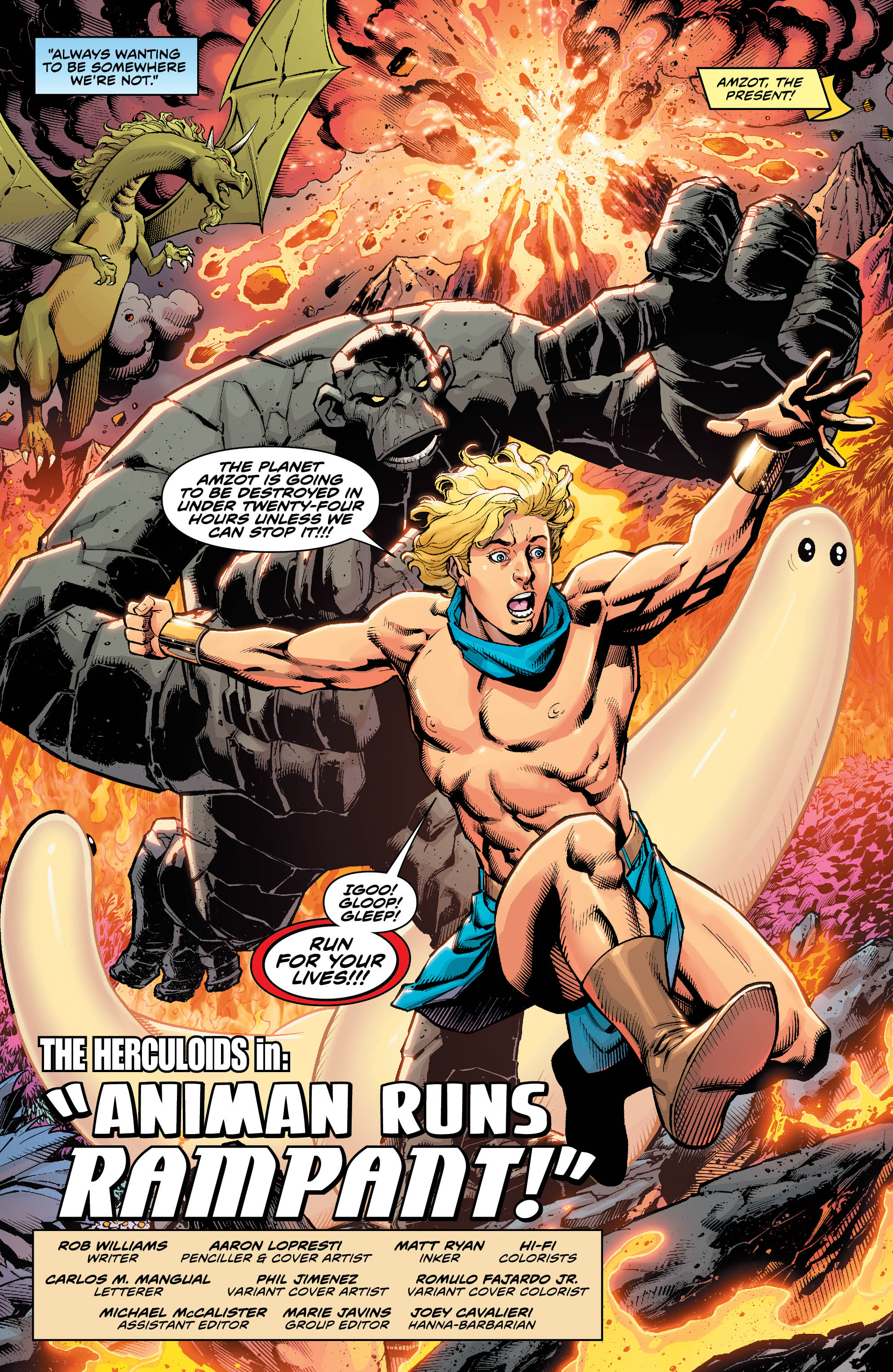 Aaron Lopresti is the super-star of this issue. Because Amzot is on steroids and constantly changing, the heavy lift falls to the artist. Not only does Lopresti have to age Dorno to make him a man, but still recognizable, he has to change every blade of grass, every animal, ever drop of water as well.

Sure, you say, it is a made up world, he can just make up stuff. He is a super talented creative type guy. That is what he does. You would be right to say that. That is true. However, Lopresti has to deal with creating new critters (and robots) while also destroying the world as it becomes a Super-nova (which is not a regular nova with a cape).  Capturing destruction is not that easy. Peril is required or is just trees falling in the woods without anyone to hear them. 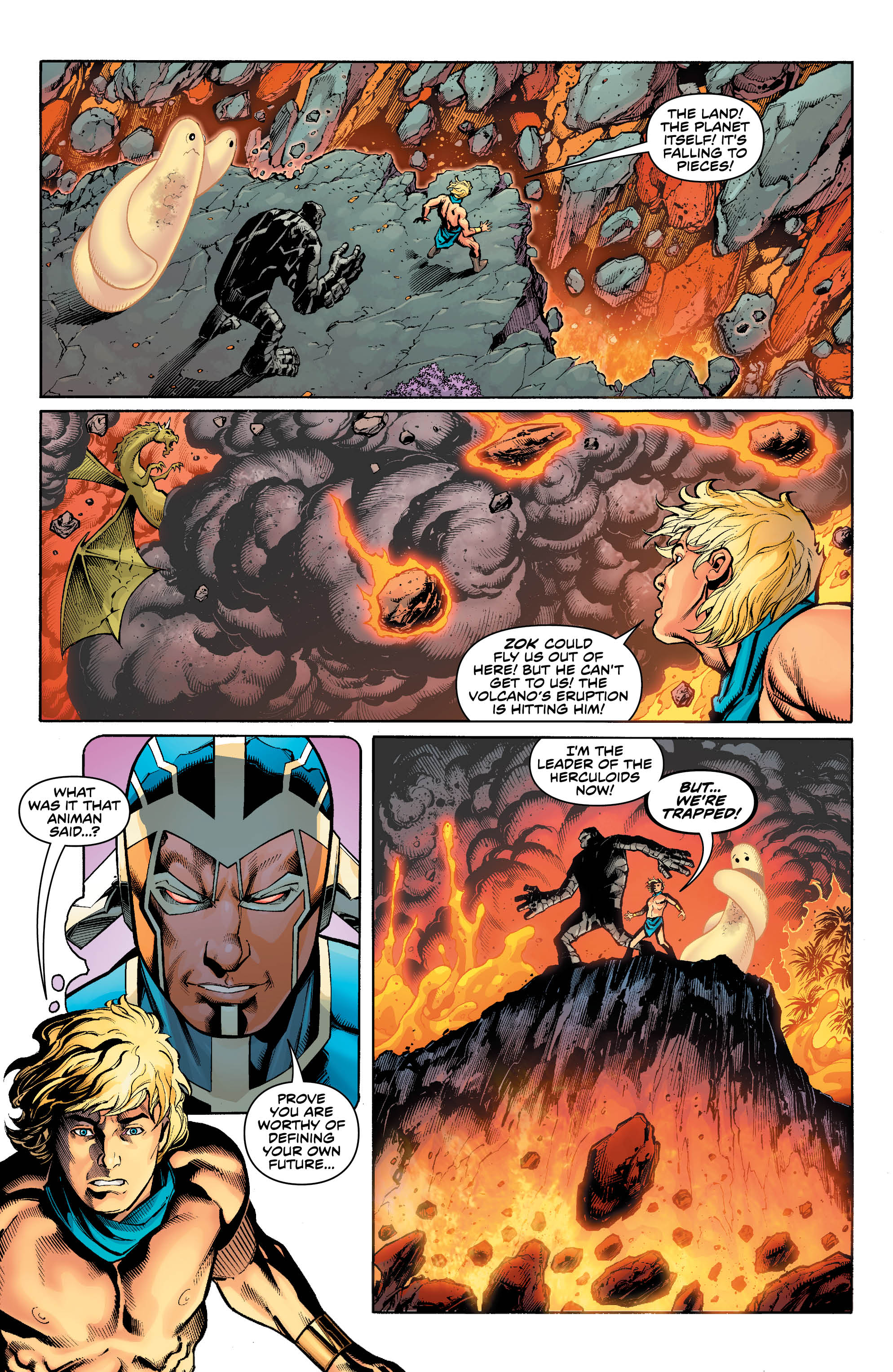 Just take a look at some of the crazy stuff going on here. 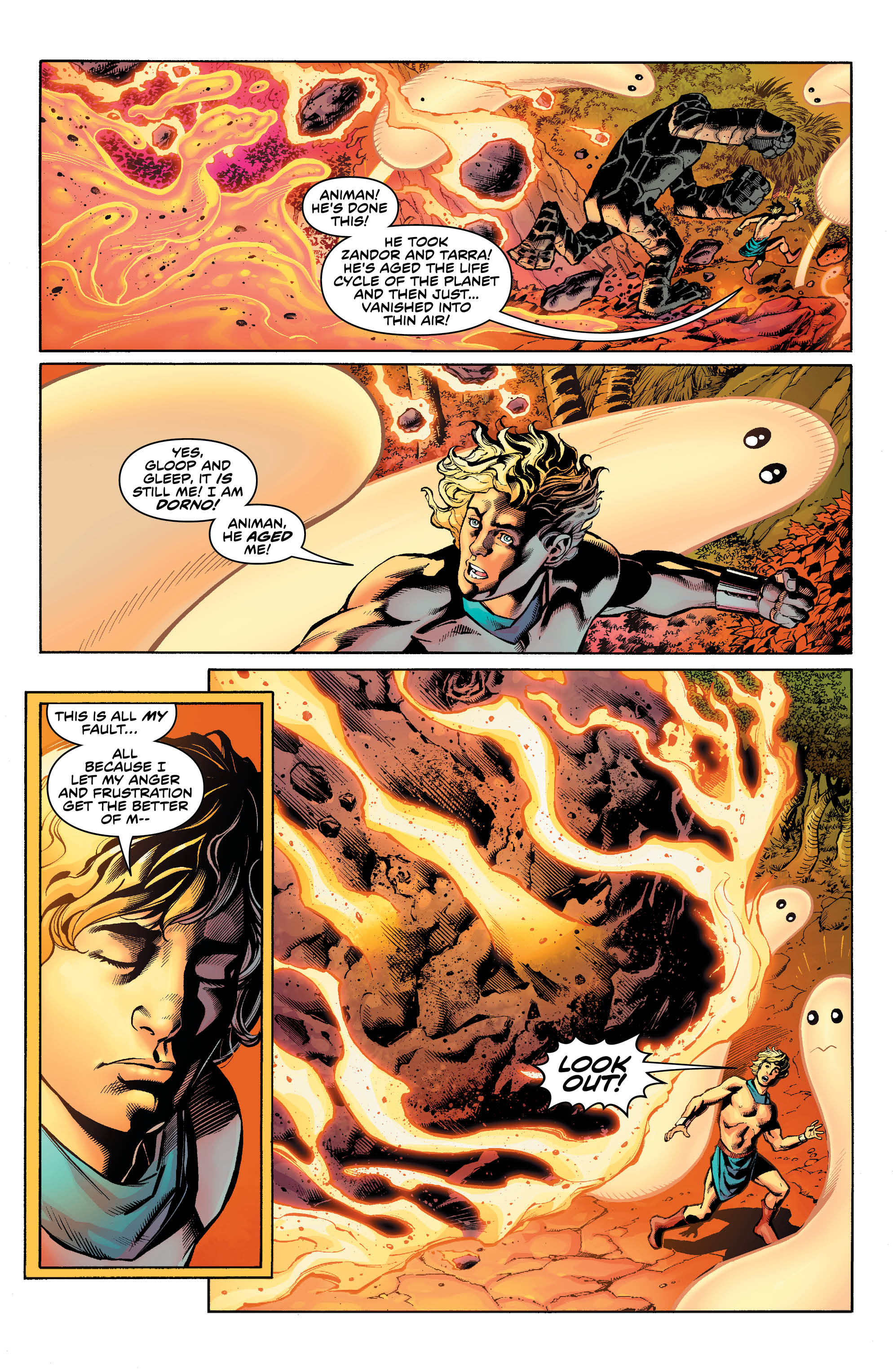 Oh and the last panel, trust me on this. It is super boss.

I am on record as a HUGE Rob Williams fan. I think he and Mark Russell are tied for best dialogue writers in the DC universe. When I did reviews for Suicide Squad I always had a direct quote because I laughed so hard. I read every issue of Unfollow several times. In fact, I might go back and read the whole series again now. Why do I need to revisit those other books of glory? Well, this book just falls a bit on it’s face. All the dialogue is old-timey Super Friends exposition. “I am doing this. Now I am doing that. Here is what is happening to me now.”

It just fell flat. I was not there when these decisions were made, but it feels like Rob wrote a story and let Aaron take over. It was going to be an issue that was mostly silent or at worst, filled with thought boxes. Someone, somewhere decided to have Dorno say everything out loud as though he was narrating the issue for a radio broadcast. Meh.

This was not the end of the story as I suspected it would be, so maybe this is just a dip in what will turn out to be a pretty solid story arc. The team is spectacular so I hope it can be saved. Rob Williams has earned a lot of hall passes, so let us just assume this book was him cashing one in.