Artist: Riley Rossmo and Marcus To

Its up to our heroes and villains to figure out the mysteries hidden within their respective trees in order to save Colu!  Will each team form a solution in time?  Meanwhile Green Arrow has to stop Amanda Waller from killing the league members in stasis.  There most be another way to save the world.  Finally, it appears that Brainac had some selfish plans afterall when he recruited these heroes… 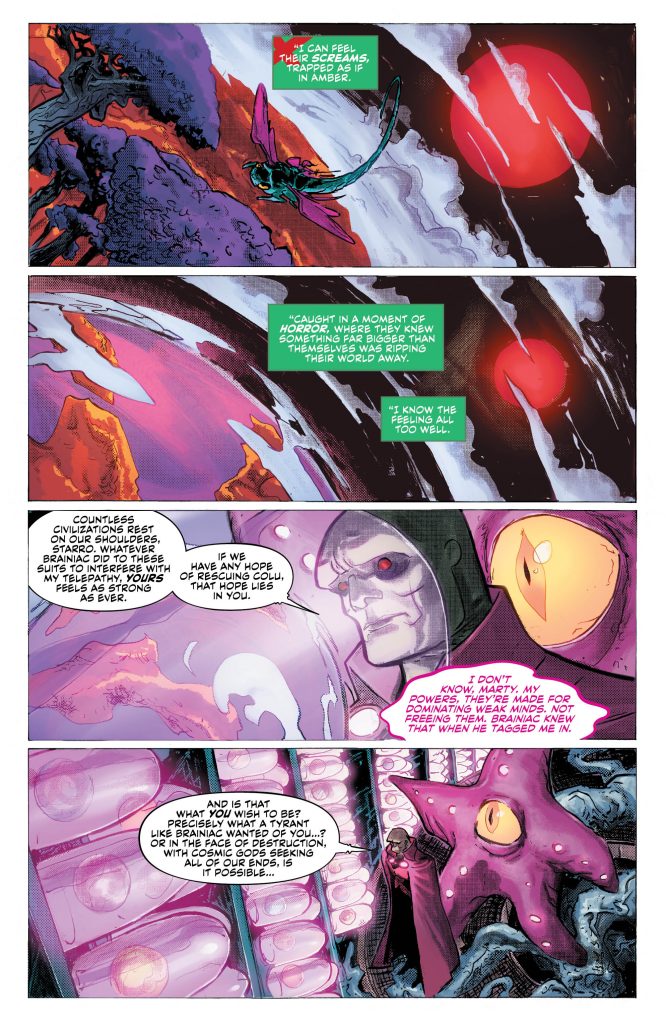 The balance of time each character gets has to be the biggest positive in this issue and in this series.   Practically every character on each of the four teams got something to say and all of it felt natural.  Starro gets its own shoutout here because they were able to give meaning to that character that I never thought possible.

While taking a slight step back, the art was still amazing.  They largely got rid of the overbearing purple hue and still kept their brilliant display of colors.

Unfortunately, I have a few more negatives for this issue.  I am not sure if this is standard procedure or not, but this is the first time I have noticed that they literally just cut the issue in half artist-wise.  Maybe that’s what they always do, but it has never been as obvious to me as it was in this issue.  I was underwhelmed by Riley Rossmo’s blocky style during the first half of this issue compared to Marcus To’s more traditional art in the second half.  Both were still great art, but the difference was so drastic between the first half and the second that it actually took me out of the story for a bit.

Also, you can definitely feel the rushed nature of a four issue miniseries.  Colu crisis resolved in one issue?  Seriously?!  They could have explored so much mythos, but in this episode, they simply overcame their obstacles enough to move forward the story and that was that.  As a result, the Titans feel more like throwaway villains and some of the moments of this series are cheapened. 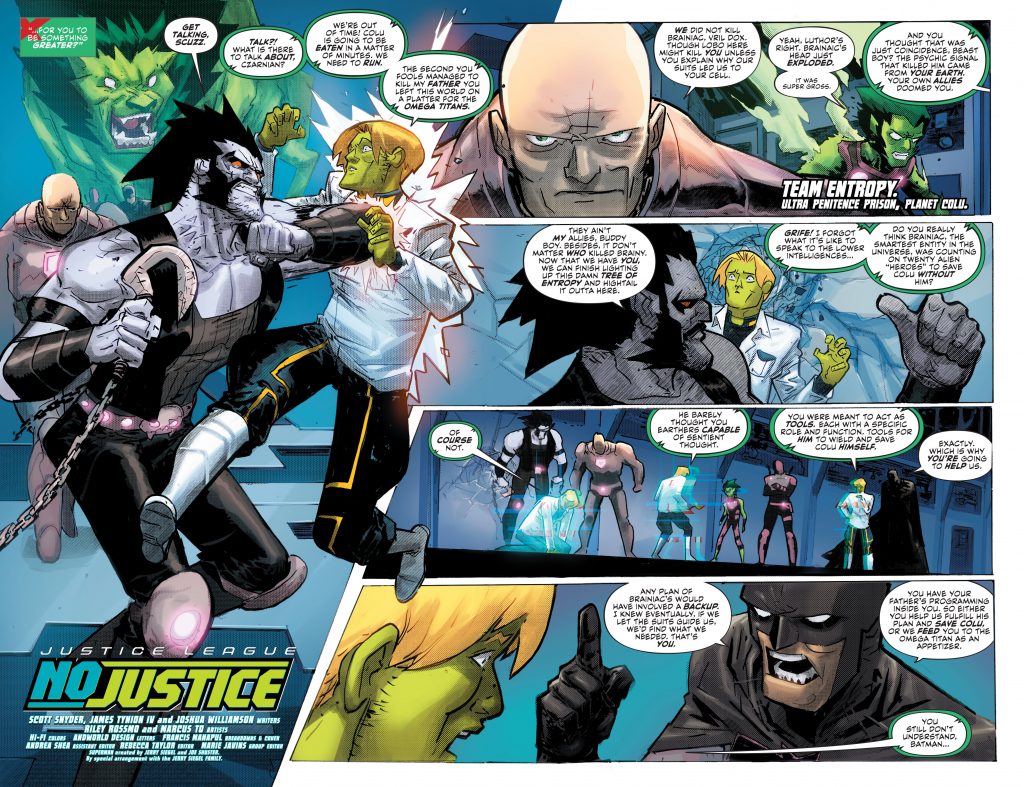 I am being harsh on this issue because the first two set such a high standard.  Hopefully the final issue really hits home for this otherwise amazing miniseries.