New Details Have Been Revealed About ‘Joker’ Film–Including A Name 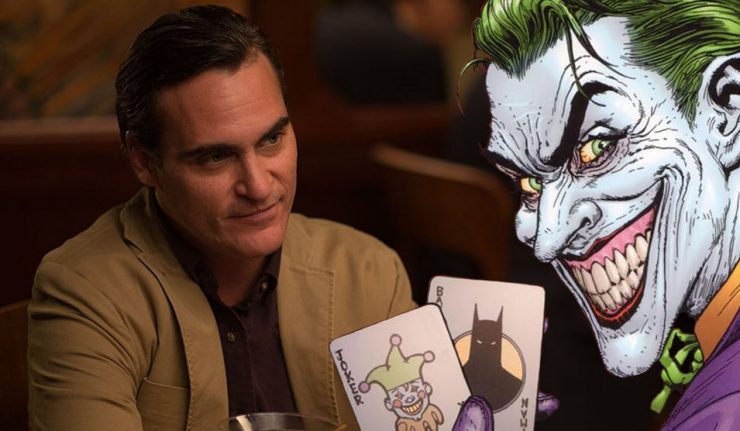 Since the announcement of Joaquin Phoenix playing The Joker a slew of information has come out about the standalone film. including the reveal of the characters name! We haven’t had a “reveal” of the Joker’s name since Jack Napier in Batman 1989. The Joker has remained a mystery for over 75 years, and some prefer to keep it that way. The movie is set in the 80s and follows Joker as a failed comedian.

It’s said that this film will be the start of a new DC film label called either DC Dark or DC Black. As of now, Joker is a standalone film but that could change in the future depending on its success.

A report from That Hashtag Show reveals some new information about the Joker origin film, starting with the real name of the Clown Prince of Crime: Arthur Fleck. The movie begins with Fleck coming home to his possibly dying mother, Penny – a role that was reportedly previously turned down by Frances McDormand – and his meeting single-mother Sophie Dumond, who will be played by Deadpool 2‘s Zazie Beetz if the actress officially joins the film. The news also shines a light on Robert De Niro’s potential role in the movie, apparently, the Academy Award-winning actor will portray Murray Franklin, a late-night-TV host. It’s unclear how he’ll fit into the narrative just yet, but perhaps he could be a mentor/idol-type to Fleck considering the film will tackle his early days as a failed comedian.

Further diving into details it’s rumored that Batman and Joker will be half-brothers in the film. Whoa.

The report indicates that “Fleck’s mother was described as ‘very attractive in her youth’, ‘obsessed with her former employer’ and unable to believe ‘this is what her life has come to,'” – a seemingly unimportant bit, unless it somehow rounds back to Thomas Wayne who was previously reported as being a significant part of the film.

Putting all of these details together from The Hashtag shows Warner Bros. may be looking into their relationship in a deeper way. It doesn’t seem that Todd Phillips is taking any inspiration from the comics (other than the failed 80s comedian), and the project is unrelated to the DCEU, so they have creative freedom to spin any fresh take on The Joker’s origin that they want.

This also is on the heels of earlier reports that Warner Bros. is waiting on the reviews of Joker to see if they will tie it in with The Batman. The Batman is reported that it will be centered around a younger Batman.

How do you feel about this new information on The Joker? Let us know in the comments!