Nothing normal ever happens in Gotham City as Catwoman and a host of her allies are plunged into an age old war between fowl and felines.  A side bet between three witches instigates the appearance of a very serious Sylvester and a blatantly honest Tweety Bird which draws a host of guest appearances in the bird and cat lineage.  This story gives “Birds of Prey” a new meaning and provides some origins that the casual reader may not even be aware of.  A battle royale begins, however, a voice of reason persuades both Catwoman and Black Canary to find the origin of this battle and subsequently a peace falls between both lines.

Then, in a typical Looney Tunes story, “Cats” records the frustrated efforts of Sylvester in his hunt for Tweety Bird (who is alone for the night in Granny’s apartment) alongside Catwoman’s quest to steal Granny’s pearl necklace.  Throw in the Black Canary as a guest on the Conan O’Birden late show, and you have the mixture that Looney Tunes is famous for!  And somehow Granny is oblivious to the entire escapade. 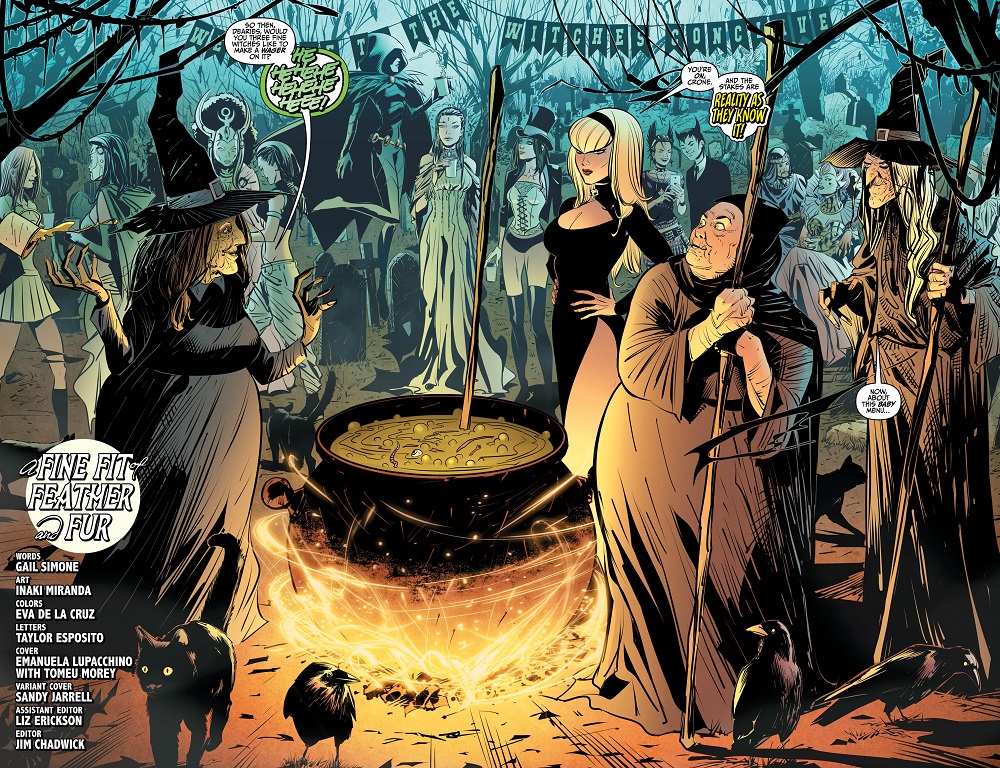 DC has done it again with a great “serious” treatment of some of its cartoon characters.  Gail Simone creates a perfect tale of birds versus cats and subsequently, what better instigators for this are three witches who use Sylvester and Tweety as recruiting pawns for both sides.  While Catwoman is an obvious recruit for Sylvester, but it was nice to see Tweety go after Black Canary.  This pairing to me was quite obvious, but also refreshing and surprising as both fought to a draw in their efforts to save their side of the cat versus bird war.  If one side fails, it perishes.  Consequently, other recruits come into the fray such as Hawkman and Catman, but other heroes are pitted against each other such as Raven and Starfire (who is descended from cats).

Suicide Squad’s Amanda Waller provides support on one side as Barbara Gordon in an Oracle capacity lends a hand to the other, opening up a multitude of cat and bird lineage within our heroes.  The result is peace between the two and an interesting pairing at the end between Catwoman and Tweety, which is a great homage to her love interest Batman and his protege Robin.  Inaki Miranda gives both Catwoman and Black Canary solid treatment in his depictions of them and their fight scenes are pretty great amid the rooftops of Gotham.

The lighter “Cats” provides what one would expect in a team up with the typical artist renderings of Tweety and Sylvester, and of course Granny.  While Sylvester and Catwoman have different motives for getting into Granny’s apartment, Tweety somehow survives the entire encounter and meets her two idols – Black Canary and Conan O’Birden (an interesting bird form of Conan O’Brien). 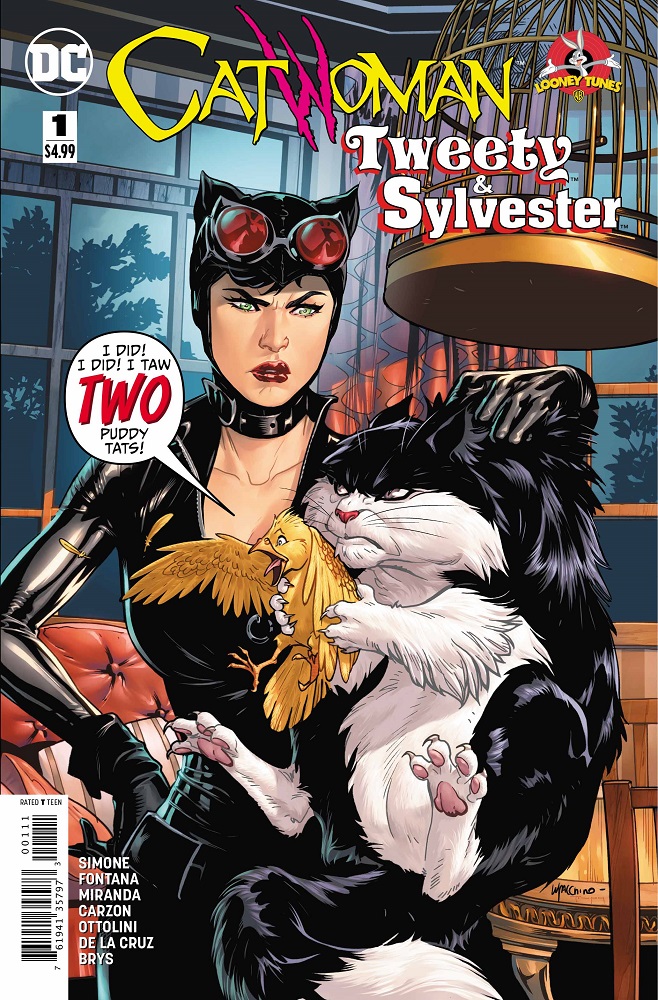 In “A Fine Fit of Feather and Fur”, the witches’ role in a side bet is never explored or defined fully, but in a tale such as this, you simply buy into the circumstances.  And with such a battle raging in Gotham, where is Batman in all of this?  The “Cats” story line is pretty formulaic stuff when it comes to the Looney Tunes arena, but Fontana does do a great job of providing a good weave of the characters.

Both stories are pretty great!  And while the reader may be expecting just the pairing (or “trioing”) of Catwoman, Tweety and Sylvester, you actually get many more heroes and villains for your venture into this book.  Cheetah attacking Hawkman is poster worthy for any wall!