Firebrand and Neon are led to Hawkman in search of answers about the new Nth metal isotope, but will uniting with Hawkman lead to the answers they are looking for or somewhere far more sinister?   Readers are in for an unexpected answer! 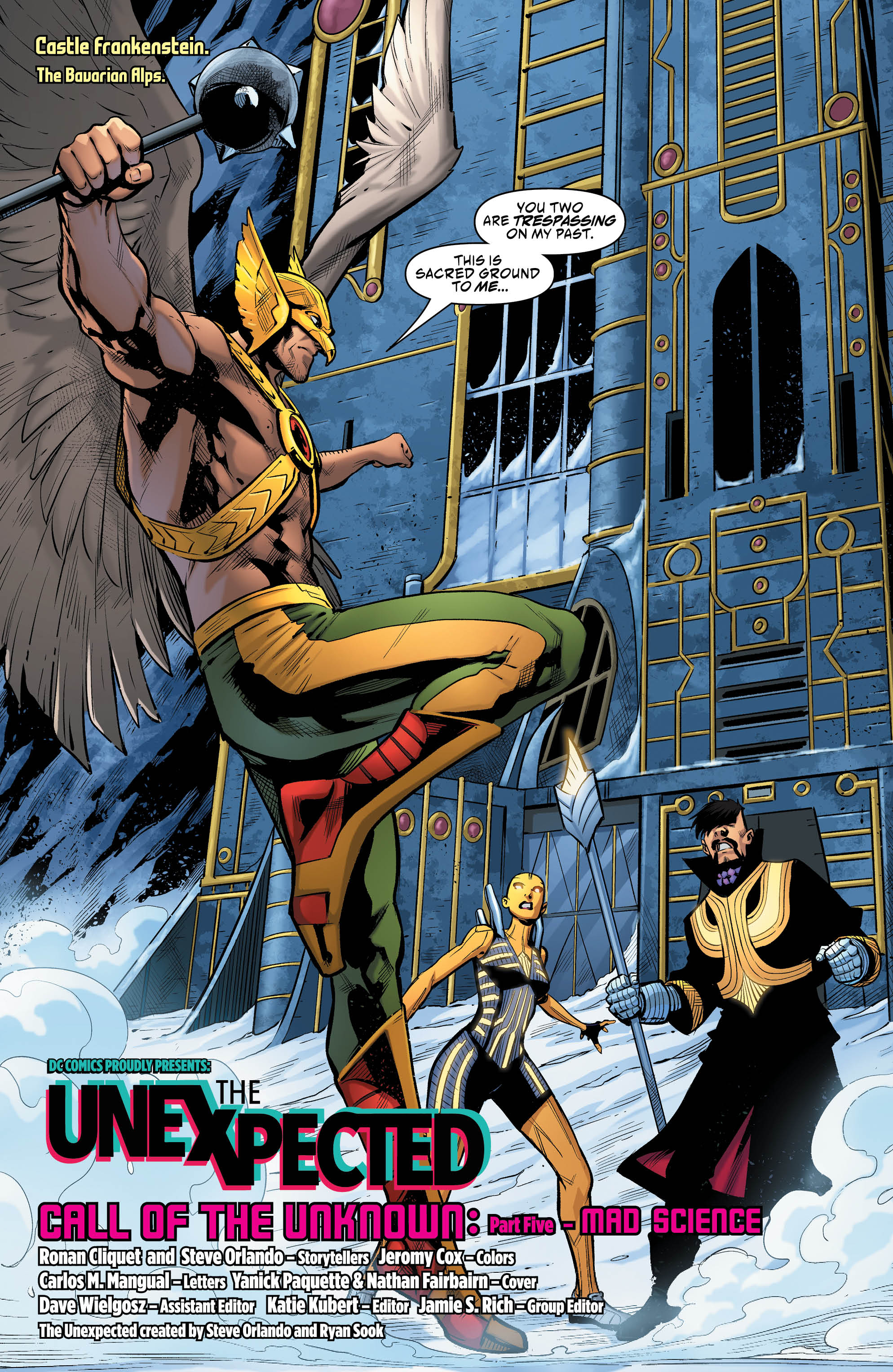 As always, The Unexpected showcases how to weave narratives from across the DCU together into one story.  Orlando is really creating something special using characters and themes throughout the multiverse and DC’s history.  There are elements from numerous crises introduced in this book that will leave readers in suspense as they try to figure out how Orlando is going to connect them all together.  Hawkman was always a logical character to make a guest appearance because of the Nth Metal isotope that is at the center of the story, but I could never have imagined how well he fit into the arc.  Orlando is really able to capture Hawkman’s confident knowledge of the multiverse while still remaining uncertain about where he fits in all of the chaos.   In may ways its straight from the pages of Robert Venditti’s ongoing series.

Despite a change in the art team, the title continues to look spectacular.  All of the characters look as real as I can imagine, and there is a really traditional look and feel to them that I can appreciate.  Hawkman, for example, looks like he’s straight out of an old issue of All Star Comics, and I love that look and feel.  Jeremy Cox’s colors continue to be as vibrant as ever.  The red glows from Hawkman’s visions of the World Forge and the scene with Mandrakk make it seem as though the heat is coming right off the page!

Get ready for Mandrakk’s ascent back into the multiverse!  He’s grown strong enough to escape his shackles that trapped him in the dark and he’s ready to wreak havoc once again!  It makes me shudder just the same as when he was introduced in Final Crisis: Superman Beyond, and I am excited to see what lies ahead. 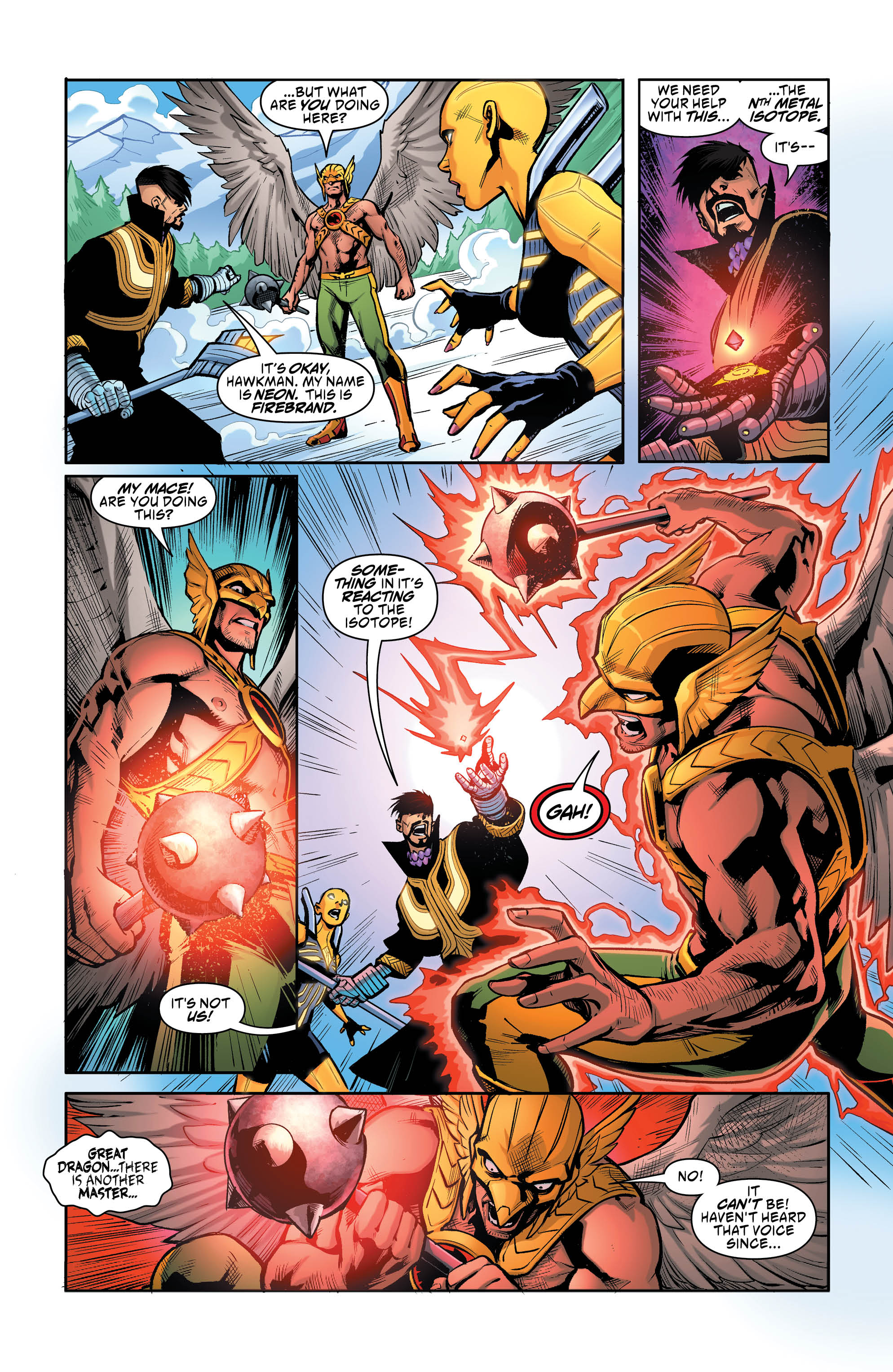 While the traditional look and feel of the book really made Hawkman shine, I sort of miss the unique paneling and color pallet from previous issues.  That being said, I think this point in the narrative needs to be told as clearly as possible because of how many major pieces are at play, and a more traditional paneling structure makes that come across better.  Other than that, I have no issues because this book is shaping the DCU as we know it with great care.

This story is monumental, multiverse-threatening story you never knew you needed.  Continue reading to see how our heroes face off against some of the baddest and most powerful villains of the multiverse!