It’s easy to think that the final issue in a comic book series is the place for an all-out no-holds-barred action-packed event. In the case of New Challengers #6, this is some truth to that belief. But, there is also the closure of the current storyline and the preparation for the next chapter. After all, these are the New Challengers. 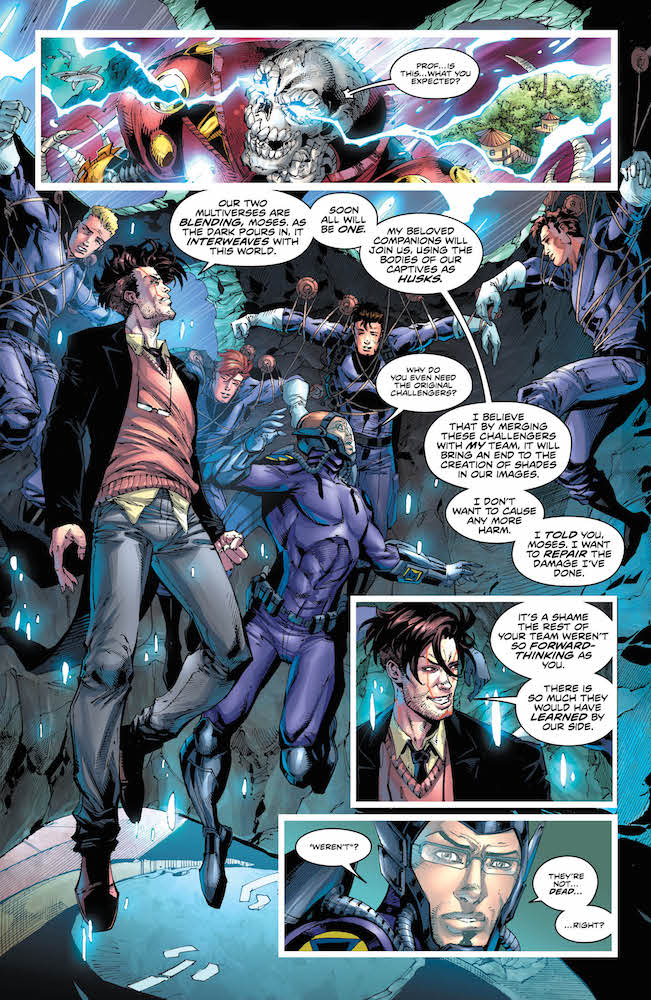 Remember that scene at the end of issue #5 when the evil Prof and Moses were standing on the top of a space god’s skull right when the gigantic skeleton broke the earth’s atmosphere and headed into space? Turns out that was a really bad idea. The prof is using the bodies of the original Challengers of the Unknown as conduits to help bridge our world with the Dark Multiverse and Moses is the sucker who helped him do it.

Moses enjoys the most character growth in this issue. He’s the shy hacker who loves digging around for the secrets that the powerful are always hiding. It’s why he tried to make the logical choice when he agreed to help the Prof set things right. But, when he sees that the Prof has lied to him, and is about to execute Krunch for getting in his way, Moses uses the power from the fragment to put the Dark Multiverse, and everything else back in place. 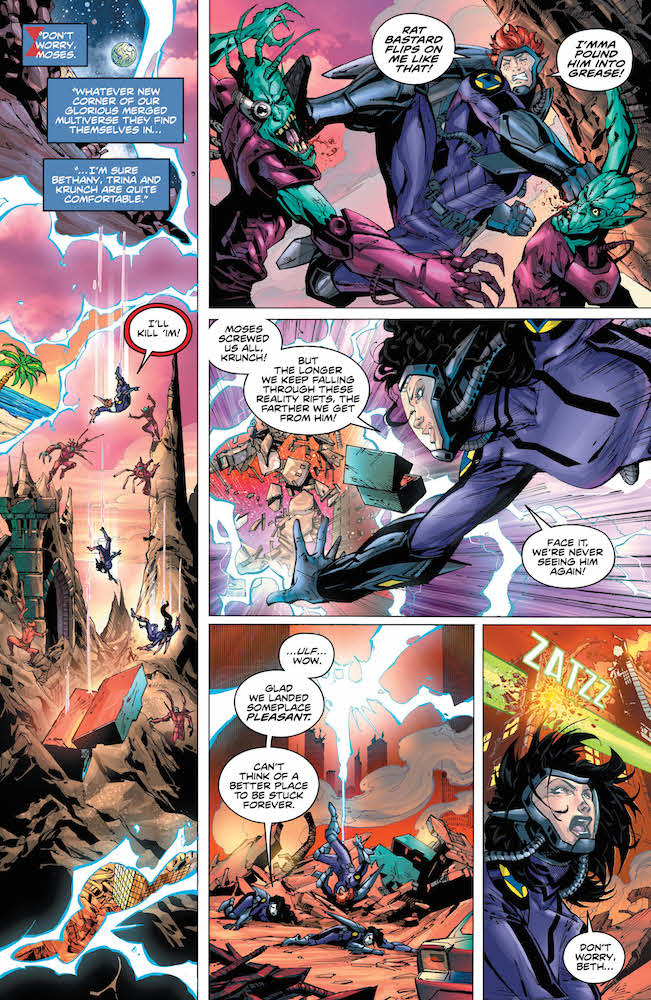 Until that moment Krunch was ready to kill Moses. Instead, he embraces him and says that we all get screwy, but what matters is that he did the right thing in the end. Bethany and the others survive, only this time Bethany’s life did not come at the expense of someone else. At this Trina reminds her to have faith in the team.

It’s a hokey moment, but the old challengers announce that they are passing the torch to the new group. The New Challengers gather around for a group shot and the sun shines as it does in the early morning and fading evening on the team of tomorrow. 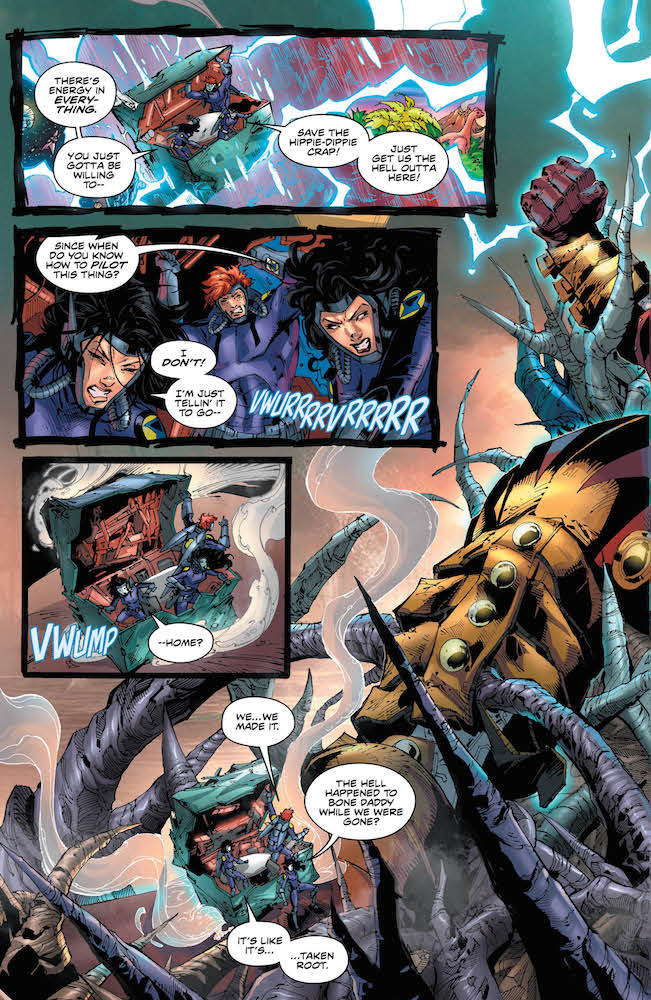 My only real complaint is that the resolution occurred so quickly. I know that the format limits how much can be done in such a short space, but it felt like I only began to understand what was going in the story arc during the last issue and now it has all come to an end.

Which also means that so many parts of the mountain and the team’s role and mission are still unknown. It would have been nice to show them in action when the danger is from an outside force and the consequences are about the world and not just the team.

I want to throw a tantrum and tell people that it’s not fair. I really liked the possibilities that this new team had presented, and I think that they would have really been a great device to explore the impacts since the Dark Multiverse came to Earth. I hope that they have created enough interest that we can still see them play a role in future DC storylines.