“Triumph” Part Two follows the story of a hero taken out of time. Captain Triumph, from the golden age of DC heroes, is left stranded in our time after Harley and Jonni DC break, then fix, DC continuity.

As Harley is debating on whether or not being one the good guys is worth it, she helps a hero who is struggling to stay heroic! 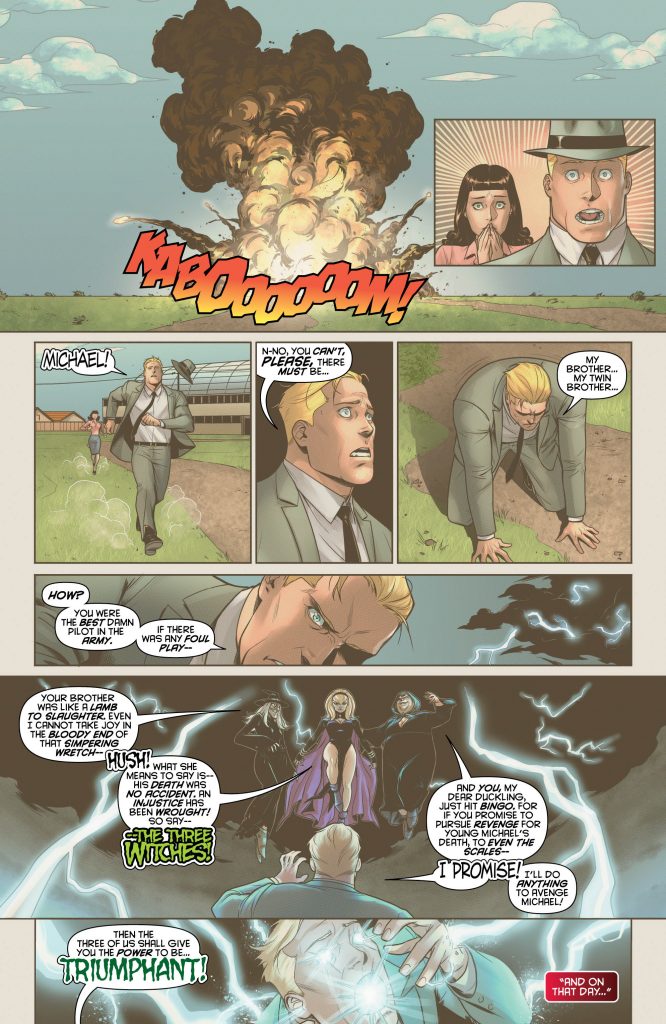 I really enjoy the contrast between these two characters and their interactions with each other. The conflict that each of them go through individually makes for an interesting read.

I like that neither of them are portrayed as the bad guy. I think Humphries does that really well, writes characters that toe the line between bad and good. Characters that live within the pages of a Harley Quinn comic need to operate in that grey area.

I really enjoyed the artwork in this issue too. The cartoony style of the Harley Quinn comic is starting to grow on me. It’s starting to feel like a comic with a bit of an over-arching theme. There’s definitely something that lies just beneath the surface of the ‘villain of the week’ that the comic has going for it currently. 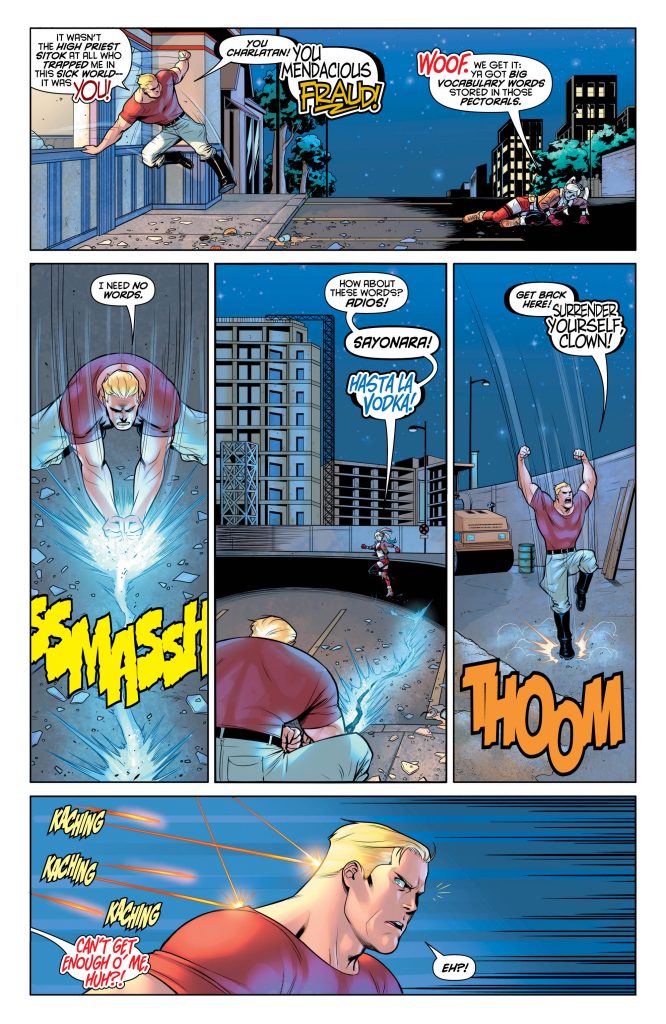 I feel like, with the last few issues as well, as soon as I start to like, or feel connected to a character; they are ripped away from me. Tina of Apokolips, now Captain Triumph.

If you’re reading this Humphries, please keep a character on for more than a couple of issues. Like you’re doing with Harley’s mum. Who seems like an interesting character indeed. 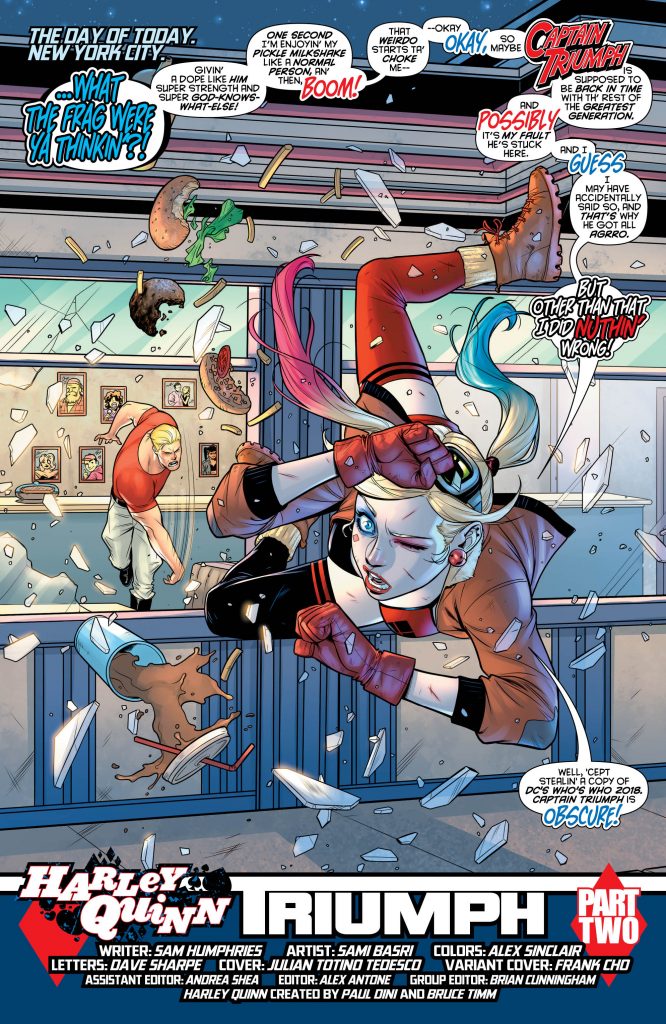 I thoroughly enjoyed this comic, and the two-part run that it was a part of. Harley Quinn is going from strength to strength and that’s down to the creative team working on the project. I certainly hope they keep working on it all together. And I look forward to seeing where it takes Harley next.

“Legends of Tomorrow” Joins Crossover for Own Adventure