After the events of Drowned Earth, Aquaman has lost his memory, but he has found a new home in a small sea village called the Village of Unspoken Water.

Caille, the woman who rescued Aquaman from the sea, endures a terrible storm to say farewell to the rabbit she lost. Aquaman, who doesn’t even remember his own name, worries she will get herself killed. But the family he is now staying with make it sound as if she does that sort of thing often.

Aquaman looks on Caille curiously and she calls him out on it, then makes up a new name for him, Arausio.

Arausio helps the villagers’ fish for food, but it seems all the fish are dead and rotten. The villagers believe the Namma is taking vengeance on them. Believing he might think they are superstitious, they tell Arausio the story of Namma and how they have her daughter. To Arausio’s surprise, it’s Caille. They tell him that if he returns Caille, they can return his memories. 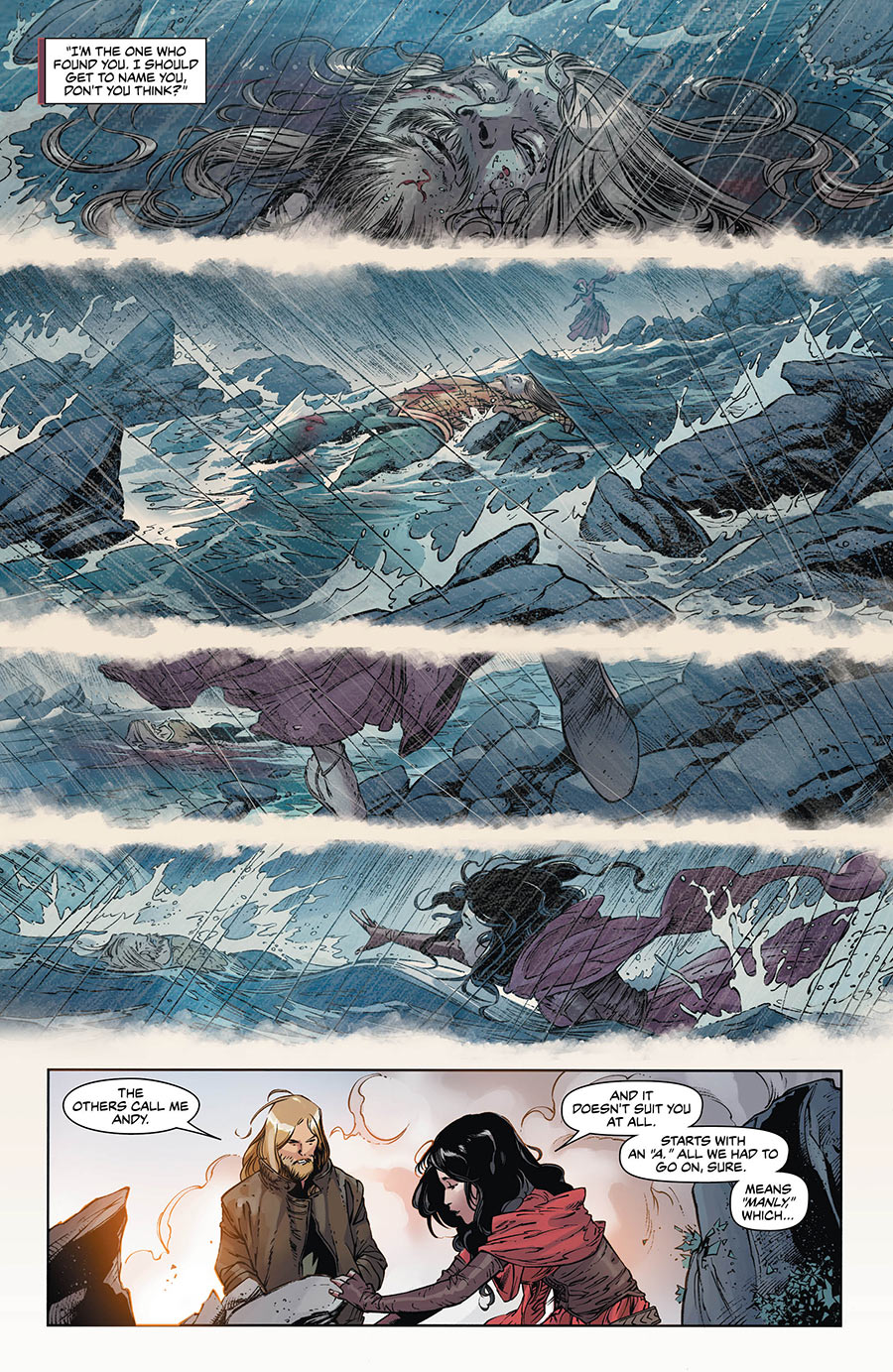 Robson Rocha’s artwork is dynamic and does well to drive the emotions of the story. Sunny Cho’s color palette compliments his art as well as the tone of the story. 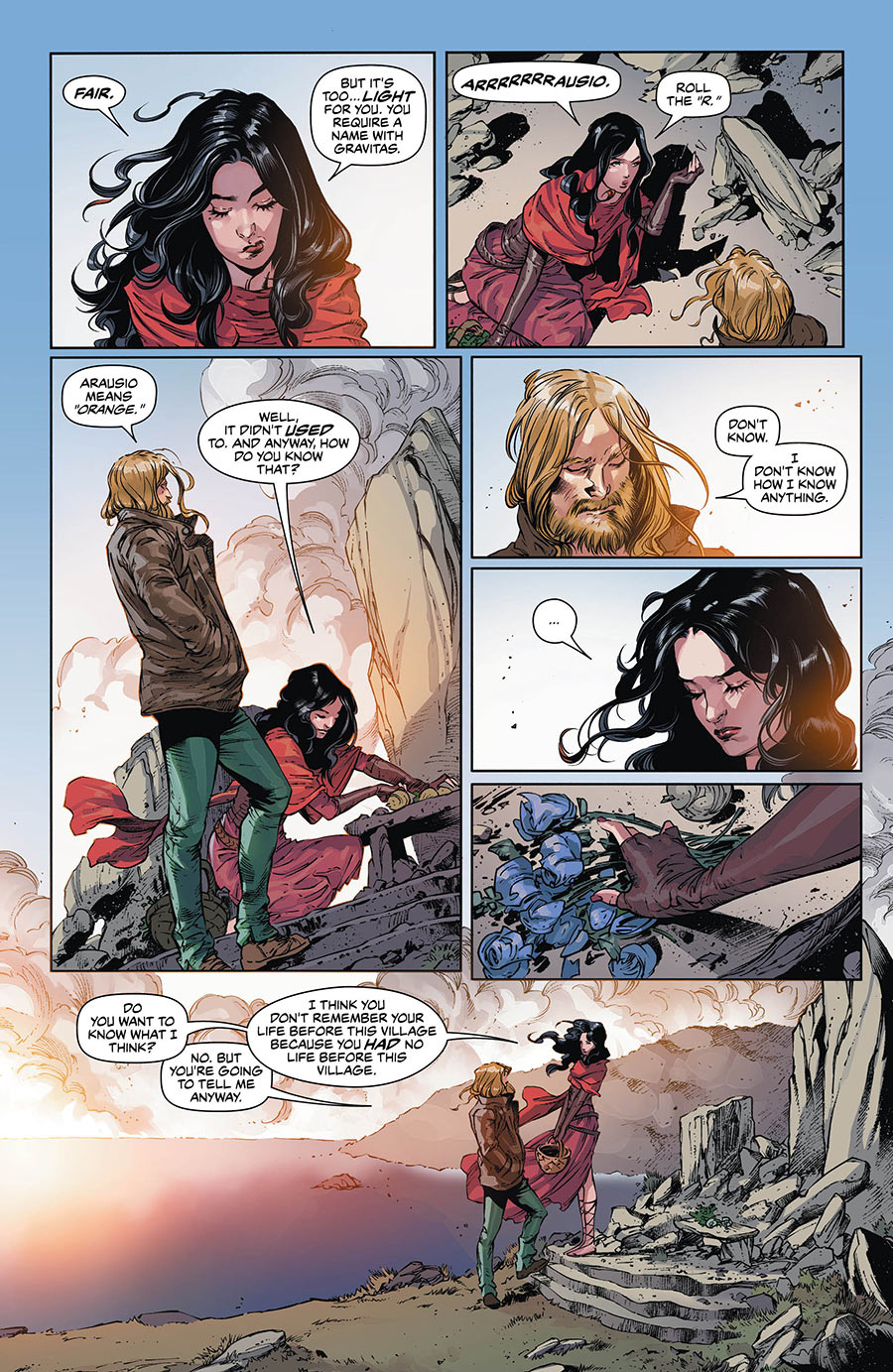 I was disappointed with Drowned Earth and unfortunately, it gets worse from there. It took decades for Aquaman to reach a point where his sales over took Marvel books, even Spiderman. It took longer yet for Aquaman to lose the false stigma of being a useless, joke of a character. In a single change of direction DC Comics has managed to wipe all of that progress away. This storyline isn’t meant for a character like Aquaman. It might work well for a new character, but not Aquaman.

He lost his memory, everyone thinks he is dead, and he is protecting a small village… again. We just did this but under much more entertaining circumstances under Abnett. Instead of the Ninth Tride we have The Village of Unspoken Water, where Aquaman doesn’t come close to living up to his potential and only helps here and there doing trivial things.

Conveniently, despite being a member of the League, despite the events of Throne of Atlantis and despite Drowned Earth just ending, these villagers have no idea who Aquaman is, even when they find him in his costume.

They have thrown away the uniqueness of Aquaman being a king of a magical kingdom and a member of the Justice League while not fitting in anywhere for a derivative story that feels out of time and certainly doesn’t fit in the current DC universe. 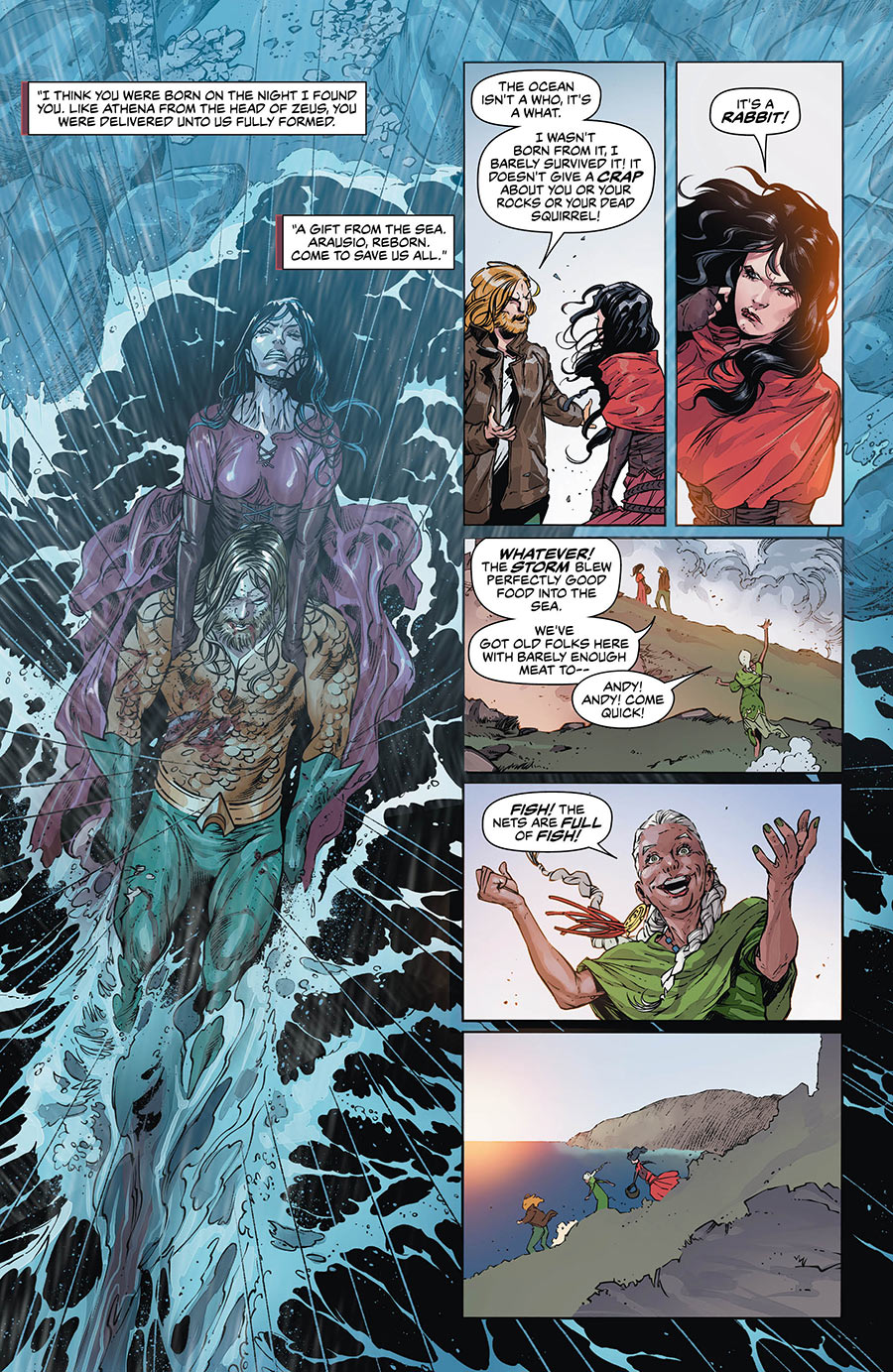 Just while DC Comics were making progress on restoring Aquaman’s reputation, they go a different direction and make sure Aquaman doesn’t grow beyond being a joke. Thankfully the movie has made strides in saving the character, but this new direction in the comic book is the worst thing to happen to the character for as long as I have been reading the character. Atlantis is absent, Mera is absent, the League is absent and Aquaman acts like a Viking from the past. It’s possible the story can lead somewhere good, but it’s so uninteresting now, it’s enough to make me consider to quit reading the title. I am truly worried about the things happening at DC Comics, they seem to have forgotten what makes each character great. Wally West, Superman, Nightwing and now Aquaman are all suffering from regressive stories that damage the characters because they aren’t interesting nor do they explore new ground and worst of all they seem to contradict the personalities of the characters.