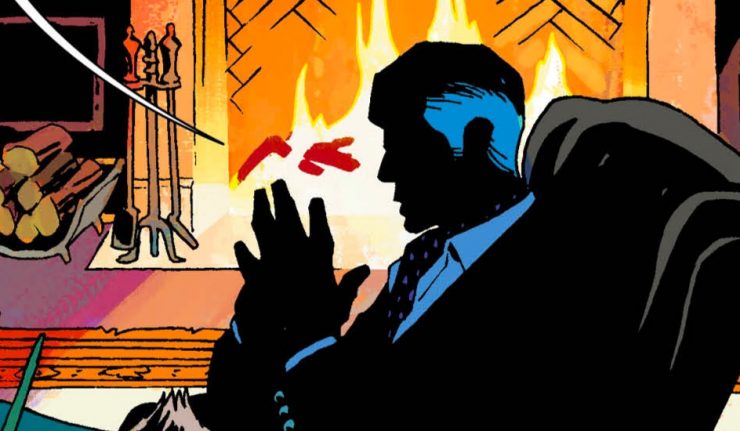 Richard Wright is a white-passing African-American FBI agent operating in a white-nationalist gang, and his mission to solve the murder of a fellow agent is already going off the rails. While Richard’s target, the industrialist Wynn Morgan, discovers some potentially deadly dissension in the ranks, Richard is challenged by Morgan’s rebellious thugs to prove his loyalty to the movement in the most dangerous way possible.

I find the Morgan family to be the most interesting aspect of this story so far. They’re trying to play both sides to a degree. In their minds, they think they’re separate from the white nationalists they work with. I am curious to see where that dynamic leads especially with Jennifer.

I really don’t like the art in this. There’s not a lot of detail in the faces. The characters look off for a lot of the issue. I find it very unappealing.

This issue is a mixed bag. I am interested in the premise and where it could go. But I’m not that invested in the protagonist yet. That combined with the art made this issue a bit of a tough read. There’s potential with this but I don’t think it’s quite there yet.