In the garden of Destiny, eyes that do not see run across paper that was never a tree. The oldest of the Endless is reading about a librarian losing his mind. About a monstress losing her soul. About a kingdom losing its king. The Dreaming is bleeding color. The grim judge tightens his grip. And in the realm of Destruction, endings are spun into beginnings…

Events seem to be reaching a boiling point in this series as we approach the story’s climax. The Dreaming is in open revolt against the regime of Judge Gallows, while Lucien and Dora have fled to the abandoned realm of Destruction of the Endless.

One intriguing idea is how Gallows makes use of lucid dreamers as a power source. Lucid dreamers are dreamers who realize that they are dreaming and are thus able to control and change their dreams. This would make them extremely powerful in the Dreaming – but also extremely dangerous. Gallows is clearly playing a high-stakes game that could possible destroy or irrevocably alter the entire realm.

Also, Lucien finally catches up to the missing Dream. However, this meeting raises more questions than it answers. Dream informs Lucien that he is at fault for what has happened to the Dreaming and seems powerless to repair it. He can’t even explain what has happened without making it worse. Furthermore, he is “leaving everywhere”, and has no choice about doing so. This leaves us wondering what has happened to bring Dream to this point. Hopefully, the next story arc will step back and let us in on what has happened to him.

We don’t know what has happened to Dream and we don’t know if what he tells us is correct. The implication, however, seems to be that the Daniel Hall version of Dream is going away for good. I hope this isn’t the case, as I would like to see more of Daniel as the Dream Lord before he goes. However, there is a lot of story potential in the rise of a new Dream Lord – or perhaps something new. 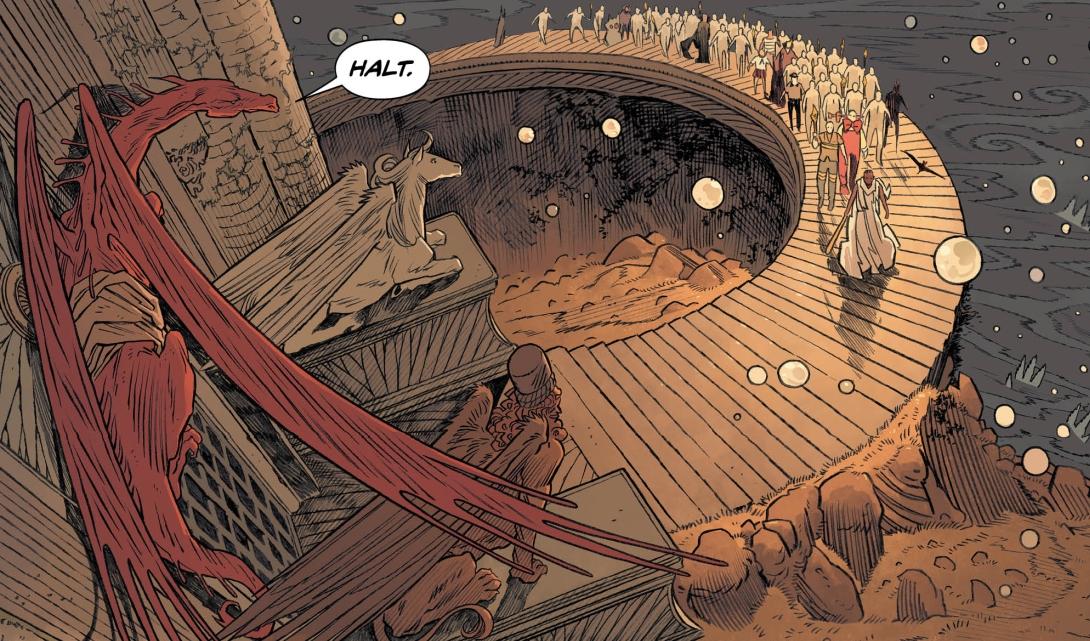 It’s clear that The Dreaming treats Neil Gaiman’s universe with reverence, but it also isn’t shying away with from moving the story in a new direction. I am eagerly looking forward to seeing what the Dreaming looks like after the current crisis gets resolved.

Review: Adventures Of The Super Sons #6