Mera is in Altantis and missing Aquaman with all her heart and wondering if he is still alive. But her thoughts are interrupted by her royal duty of finding a proper suitor now that she is queen.

Meanwhile, back on the surface, Aquaman approaches the wise woman of the village, Wee, hoping she has answers. He especially wants to know is she can tell him who he is. She tells him to meet her at sunset for his answers.

Aquaman meets with Caille to convince her to join him so she too can learn more about herself. Together they join the water mystics on the beach ready to learn about themselves.

However, the experience is nothing that Aquaman is prepared for. 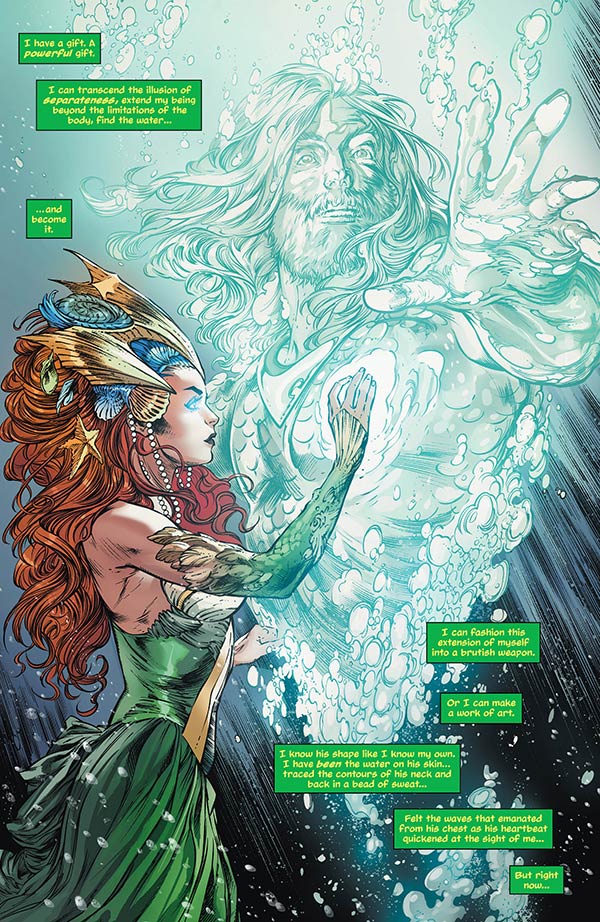 Mera using her aquakinesis to form a construct of Aquaman is interesting. If she can build Green Lantern-like constructs out of water, then a series revolving around her could be quite visual. But at the same time it would just feel like another Lantern book. 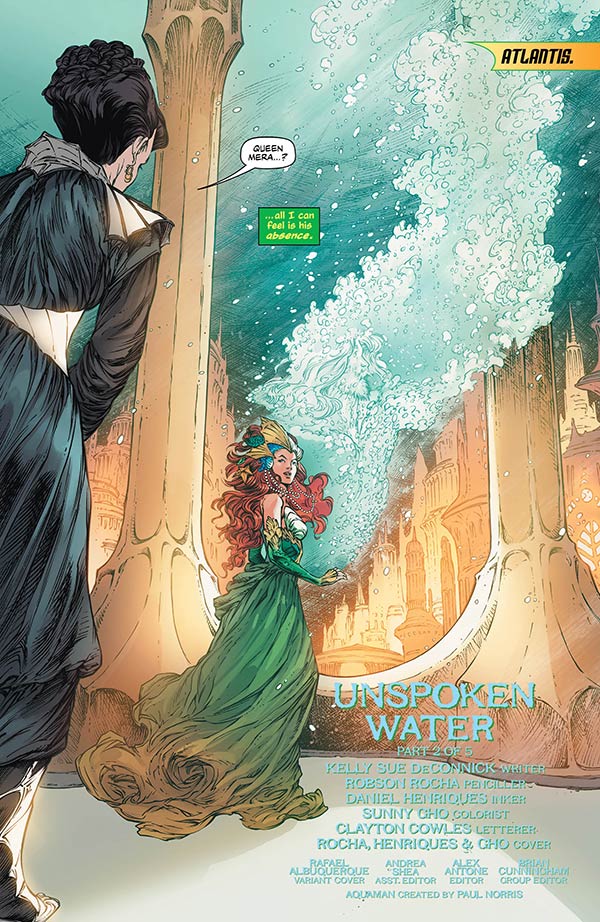 Immediately, this issue reads like a writer hoping to have a career writing cheesy romance novels. Gone is the epic nature of the mystical kingdom of Atlantis, gone is the warrior and superhero Aquaman, gone is the idea of a man split between two worlds and gone is the inspiring appeal of a man that would give up everything for his true love because he’s met his soulmate. In its place we have a cheesy story of longing and answer-seeking paired with a stereotypical image of a romance novel.

The superhero Aquaman is now a rough and rugged lost soul on the beaches of a small village waiving an ax, looking manly but acting useless. He seems to have some chemistry with the character of Caille, but if it moves anywhere it will just upset everyone since his soulmate is Mera. 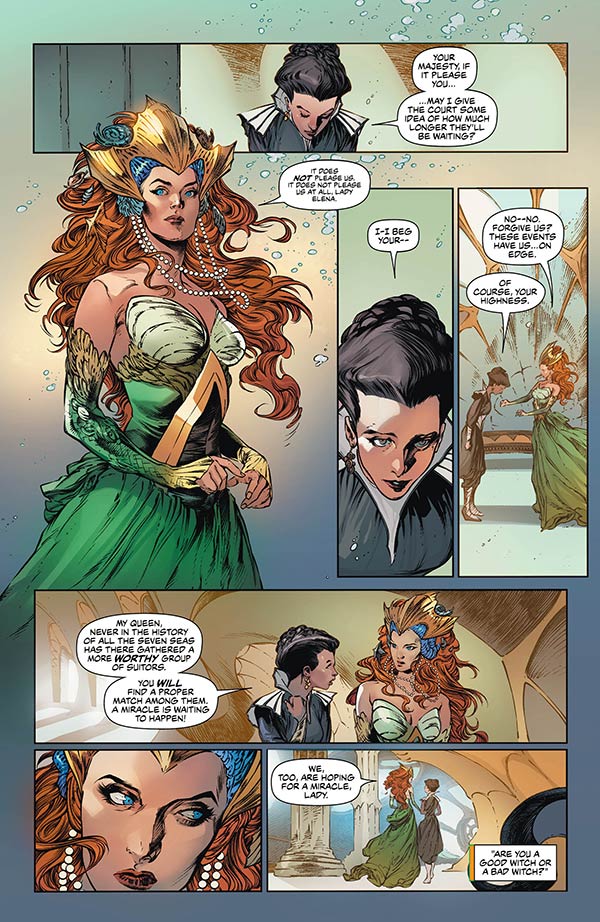 I believe that comics are a great enough medium that there is room for every genre. That includes a romance novel-like title. However, that does not mean force existing genres to be something they aren’t. Aquaman is a comic book about a superhero, it is not meant to be a romance novel with no action. This new direction of Aquaman is out of character, he’s not Arthur Curry, he’s Fabio. It’s unappealing and quite frankly, after only two issues, I’m done with the series until either it goes a new direction, or a new writer comes aboard. I would never recommend this title to anyone now, especially if they already love the character. But I guess it’s possible a new reader that knows nothing about Aquaman might enjoy it. But regardless, the timing is off for this kind of change when the recent movie has become such a smash hit. It took Aquaman decades to earn his due respect. Peter David, Geoff Johns, Dan Abnett, James Wan, Zack Snyder and Jason Momoa all did their part and it seems DeConnick is determined to see that progress flushed down the toilet.