Ellie has gone missing. Tim was in The Dreaming when that happened, so he didn’t know. Rightfully, he is pretty surly about it. Here he is with all these powers and skills and there is nothing he can do to save his only real friend. He and Dr. Rose have a plan. Tim scowls. She gets called away. Tim decides to do something stupid. He is a teenage boy. He simply can not help himself.

Things unfold as you might not expect them to. I don’t want to give too much away here. Just know that Tim has a chat with someone you’ve already forgotten about and is forced to make a choice. He makes the one I hoped he would make but didn’t expect him to. 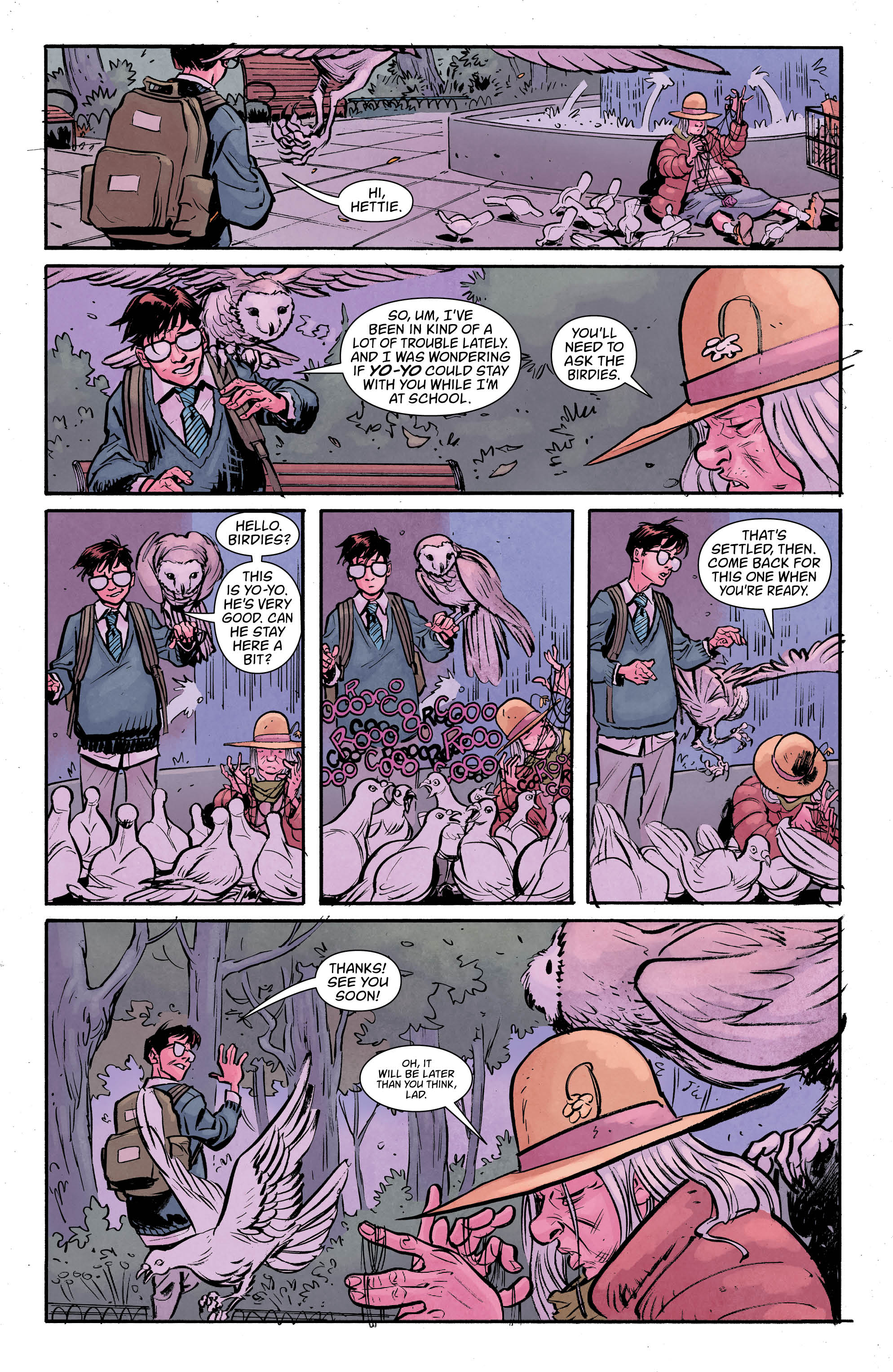 What to say about this book besides inspired, magical, and spectacular? It is all of those things and if you wish to throw in a few more adjectives that mean delightful, please feel free to do so, you would not be wrong.  This issue is called “A twist in the narrative” and it is just that. Tim thought he was on one path and then, bam, he is going somewhere totally different. We thought we knew where this story was going and then, bam, right turn.  The whole issue actually takes place in less time than it takes to read it and while that might seem infuriating, it is delightful. Kat Howard is a master of simple ideas and making them compelling.

Tom Fowler is at it again as well. Pages and pages of Tim Hunter’s anguish, confusion, snarling facial contortions are on full display. Again, Howard gives him just enough room to breathe so that he has quite a few panels to tell the story without having to draw around dialogue bubbles or narrative. That might seem off putting, but I am simply not doing it justice. Please, feast your eyes. 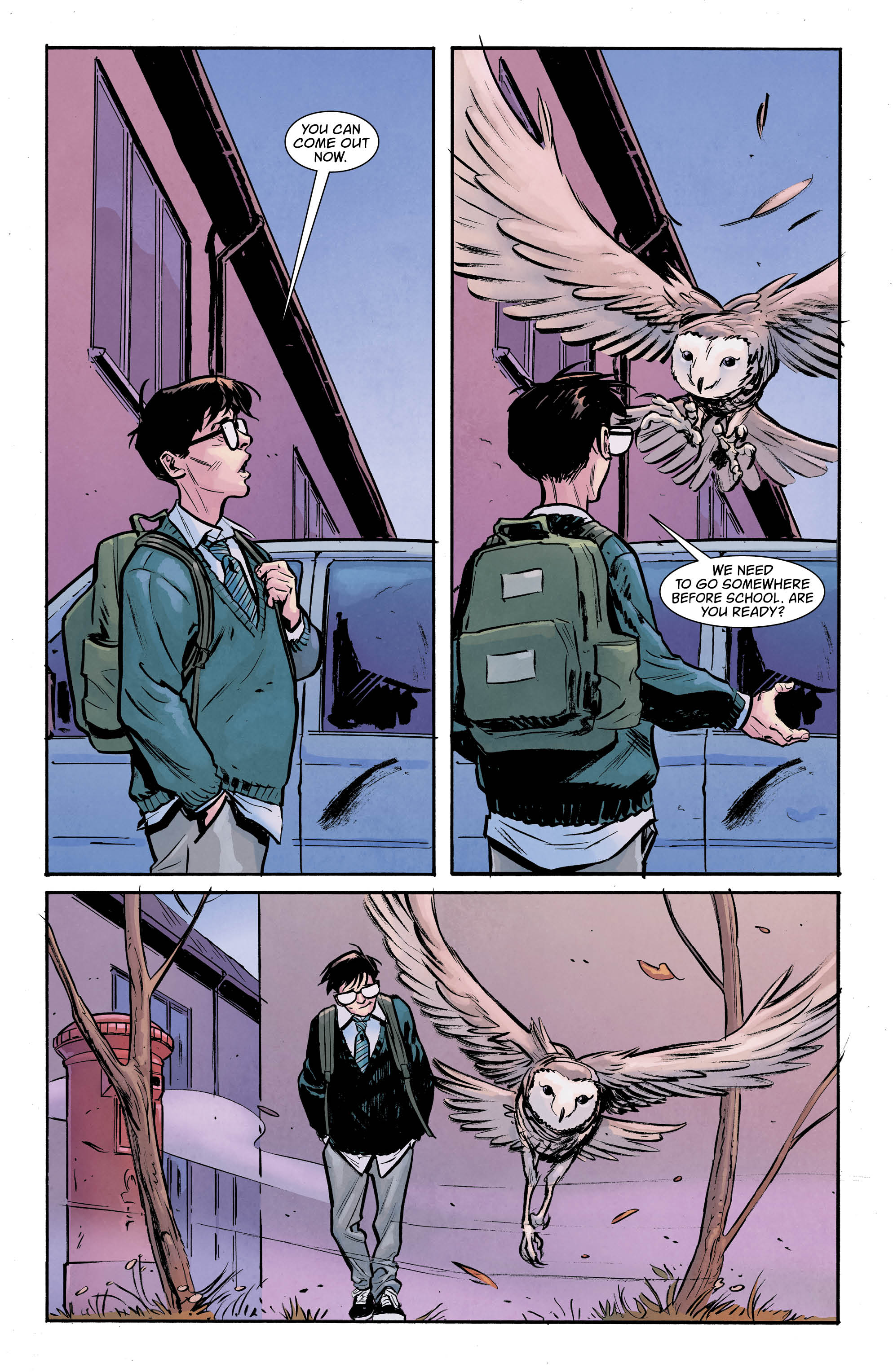 And here is the anguish: 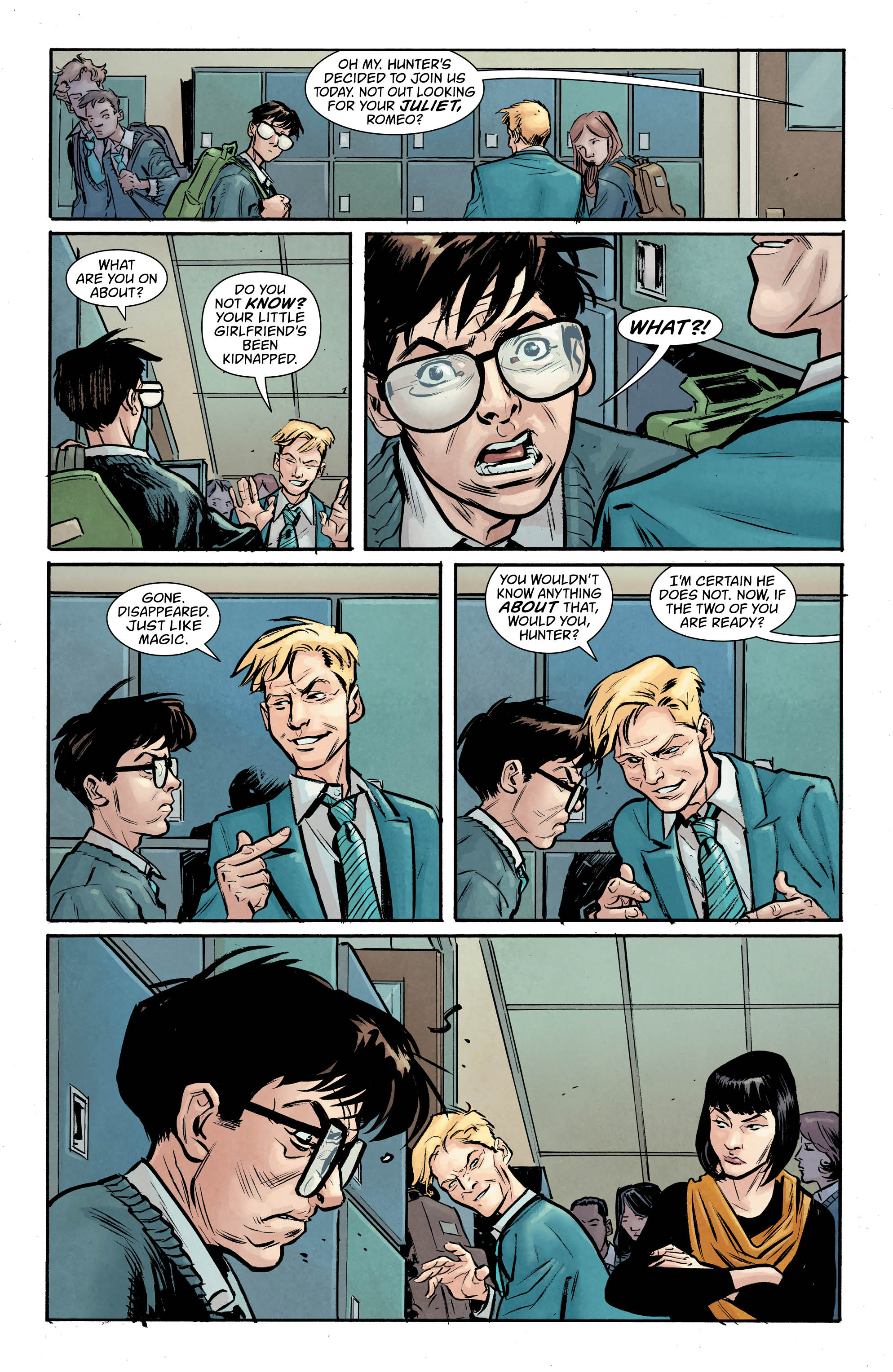 I have nothing to report on that. There are some loose ends right now, but it is only issue six, so I have faith in this team that they will be tied up.

This wraps up the first story arc. So far, Tim and Dr. Rose have been confined to the school and Tim’s neighborhood except for that glorious trip into The Dreaming last month. It has all be prologue to what we can only expect will be trip around the world and into other dimensions. I think that Tim knows Dr. Rose is not totally telling him everything, but what else can he do? I am anxiously waiting for this time next month when I can see what Howard, Fowler and company have in store. If you have not read this yet, get caught up. You have 28 days. Run, don’t walk.