Morrison And Sharp Leave GL In The Black…For Now 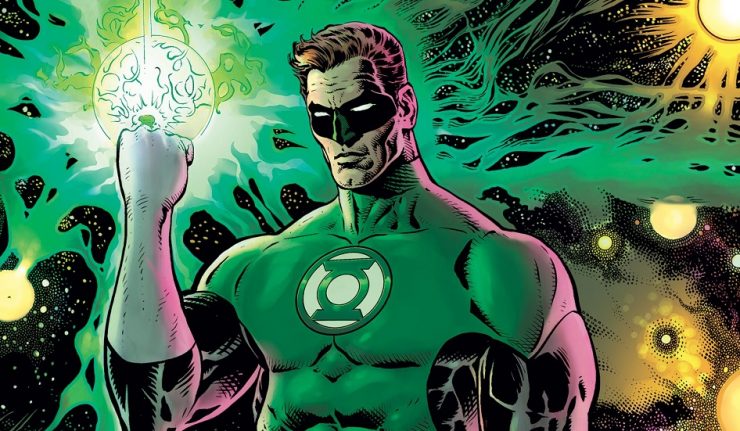 Although the twelfth issue of The Green Lantern is the final issue for Grant Morrison and Liam Sharp, it’s not lights out.

After the planned Green Lantern: Blackstars miniseries in November, the pair will team up again.

“All three covers link into one sprawling piece, ” Sharp tweeted, “and I’ll be back for at least ten more issues with Grant. [But] this mini-series will rock! It was the plan [all along.]”

This more than confirms Morrison and Sharp’s earlier description of the past twelve issues as a “first season.” It’s unknown as of yet whether the thirteenth issue – season 2? – will be #13 or #1.

After the Geoff Johns era set the stage for the New 52 and Rebirth eras of Green Lantern, Morrison and Sharp’s run set out to chart new territory. After two decades of resurrecting and redeeming Hal Jordan and introducing a multitude of conflicting Corps, it was time to aim the light in a new direction. From Hal Jordan infiltrating the Blackstars to flush out a traitor, to reteaming with old buddy Green Arrow on an intergalactic manhunt, that goal has been achieved. And Morrison’s writing has been complimented with Sharp’s visuals that tap into classic science fiction staples in a way that feels fresh and engaging. They have even expanded the mythos by redefining the bond that Hal has with his ring.

Regardless, beware their power.