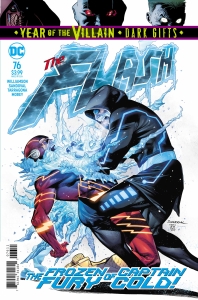 The Flash #76: “Death of the Speed Force” begins! With renewed resolve following the events of “The Flash Year One,” the Flash is back with a new mission, a new outlook and a brand-new speedster HQ. But the Fastest Man Alive is slowing down—and there’s only one explanation: the Speed Force is dying. Plus, the Year of the Villain heats up as Captain Cold uses Lex Luthor’s offer to boost Heat Wave to the next level!

In the landmark 75th issue of this series, we saw the Flash finally having recovered his optimistic outlook on life. However, we have seen him make breakthroughs before, only to slide back into pessimism immediately after, so I was both eagerly awaiting The Flash #76 to see how things stood as he heads into a new story.

Now this is the Flash as he should be. Barry is bright and confident and taking action to get his life sorted out. We see that him reaching out to mend fences with Kid Flash and the Flash of China. He doesn’t act bossy or condescending, allowing the two young heroes to defeat Girder and Tarpit on their own. Barry tells them that he trusts them to hunt down the rogues on their own, but offers them help and support while they do so.

He also tells Kid Flash that he isn’t putting on a show of having changed just to get Wallace to talk for Iris for him, saying that he and Iris will talk when they both are ready. This calm but firm assertion shows that he truly believes it will happen and that he is content to wait for Iris to get back in touch.

He then shows them the new headquarters he has built for the Flash family, hidden in the Flash Museum. This is brilliant new addition to the Flash lore. Barry’s never had a “Batcave” of his own, but the idea makes sense. If Barry is going to build his relationships with the other heroes around him, it makes sense to have a place that they can meet. As Wallace puts it, Barry made his own “Batcave”. 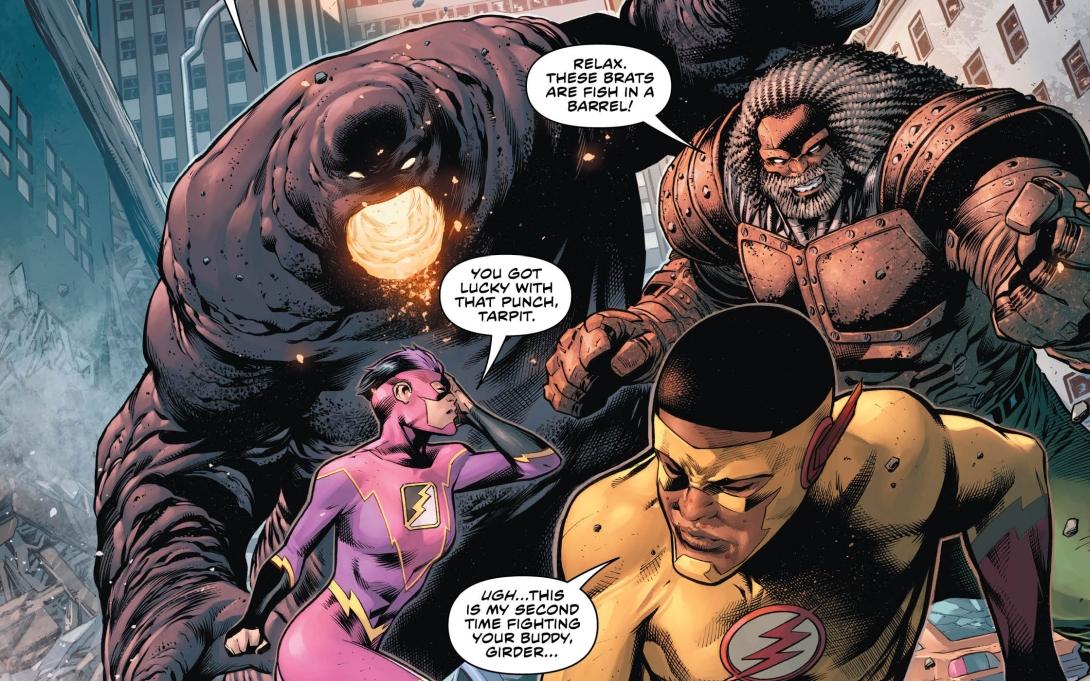 We also learn that it is the emergence of the new Forces that is killing the Speed Force. According to Steadfast, these Forces were never meant to be freed. However, this does raise some questions. Why was it okay for the Speed Force to interact with the world, but not the other Forces? And who or what locked them away? And why does their being freed impact the Speed Force?

We also see Captain Cold, sporting a new look, reuniting with his fellow Rogue Heat Wave. I like the idea of pairing the two villains together. The two villains has a unique chemistry together in the Arrowverse, which should be interesting to explore with their comic book counterparts.

One thing particularly excites me. I didn’t notice it until my second reading, but Jay Garrick’s costume is visible in the background at the Flash Museum. Does this mean that the book is now set after the JSA’s return to the DCU? And where does that put this in relation to Doomsday Clock or the Justice/Doom War? And more importantly, when is Jay himself going to put in an appearance in this title?

Barry’s outlook appears to be pretty positive, and so is my assessment of this issue. It would have been nice if Barry reached out to Iris first, but like Barry, I am content knowing that her return is inevitable. 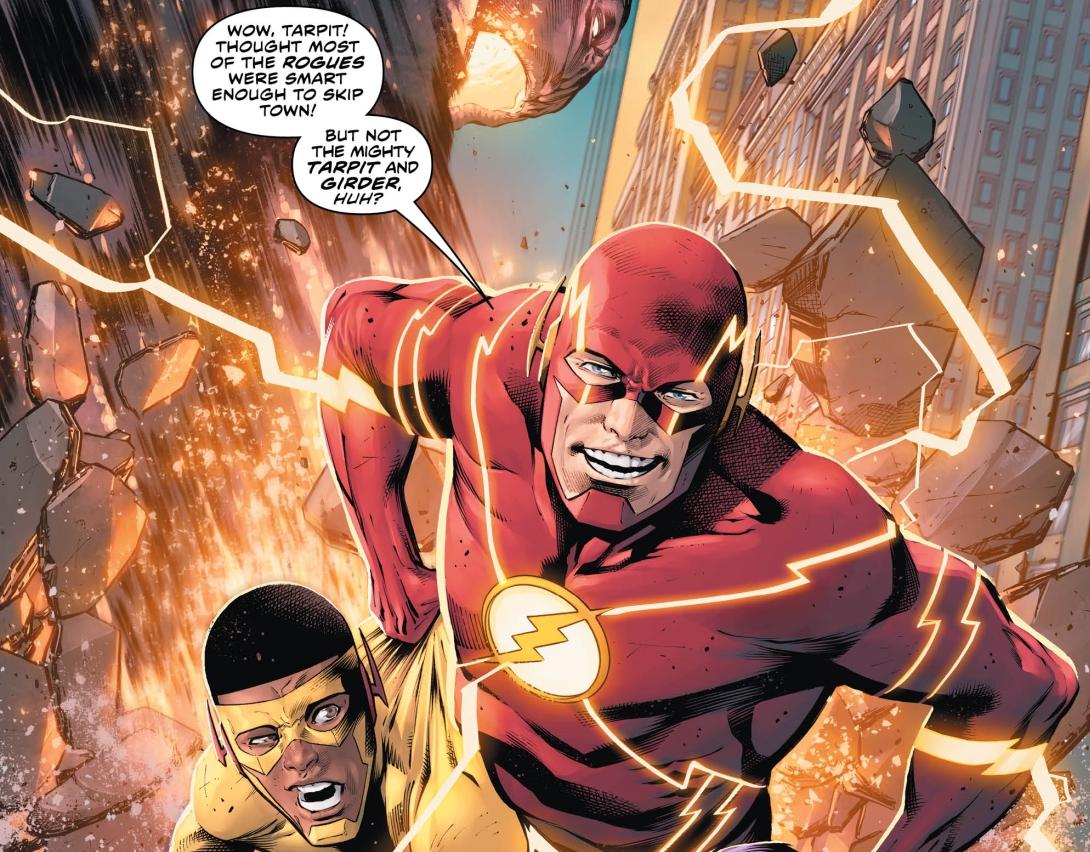 Williamson definitely has Barry on the right track now. Although the Flash has more than one major threats hanging over his head, I have no doubt that Barry will overcome them with a little help from his friends. This is truly a great time to be a Flash fan.