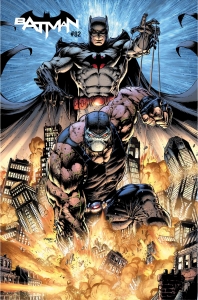 Batman #82: “City of Bane” part eight! Batman and his allies wage war on the City of Bane, but an unexpected turn of events will send everyone reeling. Will there be another death in the family, or can the Dark Knight break Bane’s iron grip over Gotham City?

Batman #82 finally brings us the confrontation between Batman and Bane that we’ve been waiting for. And Tom King brings us a Batman fight like no other.

My favourite moment of this battle comes at the beginning when Batman and Bane agree on the terms of the fight: no masks, no Venom, no weapons, no outside help. Bane is a man of his word and disconnects his Venom supply. And just as Bane is about to throw the first punch, Catwoman’s whip wraps around his wrist, preventing the blow.

“You said! No Help!” rants Bane, to which Bruce replies, “Yeah, well. I lied.” And then throws a couple concealed Batarangs at him.  I have to admit that I burst out laughing when I read that. King understands than one of Batman’s core qualities is his pragmatism. Fighting fairly is nice and all, but he’s not going to let it get in the way of him winning a fight.

Almost amusing is the following sequence, in which Catwoman informs us of Bruce’s plan. Bruce hangs a lampshade on her exposition, saying “Cat, I was there,” in response to her quoting Batman’s own words back to him.

Catwoman also informs Bane of another misconception. She denies that Gotham belongs to Batman. She explains, “All those years, trying to take Gotham. Thinking the city was his. All those years wasted in ignorance… You fool. It’s not his city. It’s not yours. It’s mine.” I’m not sure I agree with Selina’s claim, but I admit that there might be some substance to it. 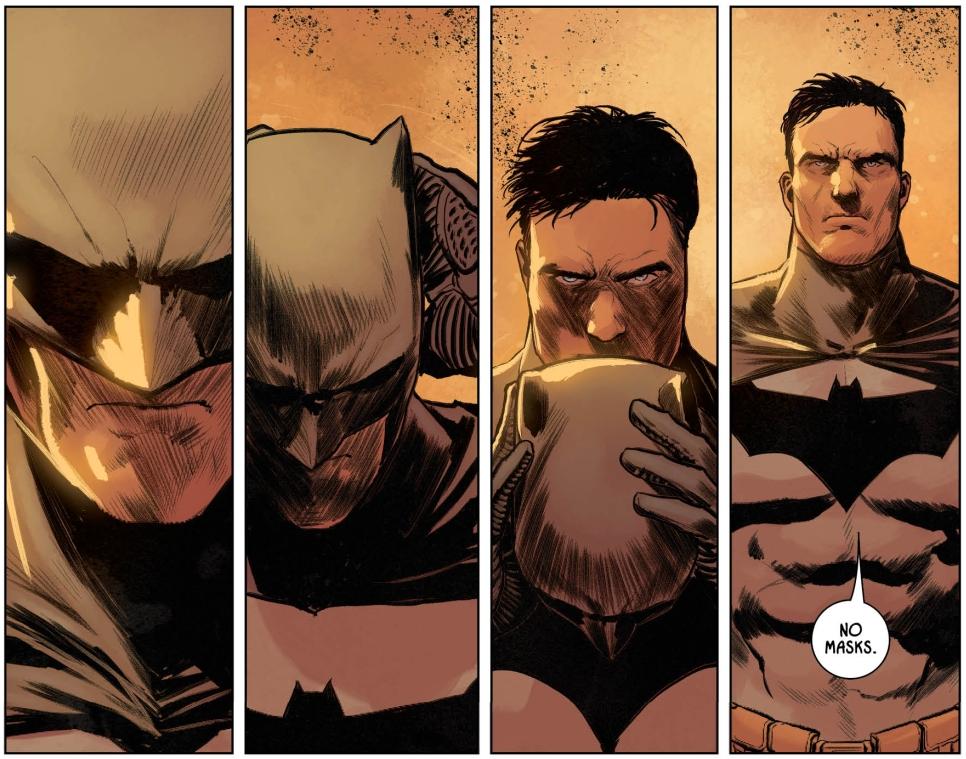 Back in the I Am Suicide storyline in issues #9-12, Batman repeated the same threat over and over to “break your damn back.” Batman’s struggles with Bane have come full circle as Bruce raises him in the air to break him over his knee, about to finally carry out the threat. This would have been a perfect reversal of the Bane’s having broken the Batman’s back in Knightfall.

But then King pulls the rug out by having the Flashpoint Batman stepping in and ending the fight. Thomas Wayne shoots Bruce. But he doesn’t do it to save Bane, who he also shoots. He then declares “We’ve come to the end,” and orders the Ventriloquist to “Fetch the Pirate.”

I have suspected since we found out that he was involved in Bane’s plot that he wasn’t truly aligned with Bane. This seems to affirm that Thomas has his own plan that runs counter to both Bruce’s and Bane’s plans.

But what is that plan? And how will the Psycho Pirate help him realize it. Will it be as simple as having the Pirate brainwash Bruce into being an obedient son? Or does he have some deeper scheme in mind? This is a tantalizing note to close the issue on.

There have been a number of artists whose representations can be considered iconic: Adams, Miller, Mazzucchelli, and others. Mikel Janin is doing a fantastic job that proves he fully deserves to be listed among these legends.

King’s run on Batman is a polarizing one. I have seen fans arguing whether he is the best or the worst Batman writer ever. Those who argue the latter seem to have adopted this stance in reaction to the Wedding issue, which was unfortunately overhyped by DC, setting the fans up for a major disappointment.

However, any lingering resentment these readers have should be allayed by the last few issues. King has proven that he knows what he is doing. If the Wedding issue needs redeeming, King is earning that redemption. 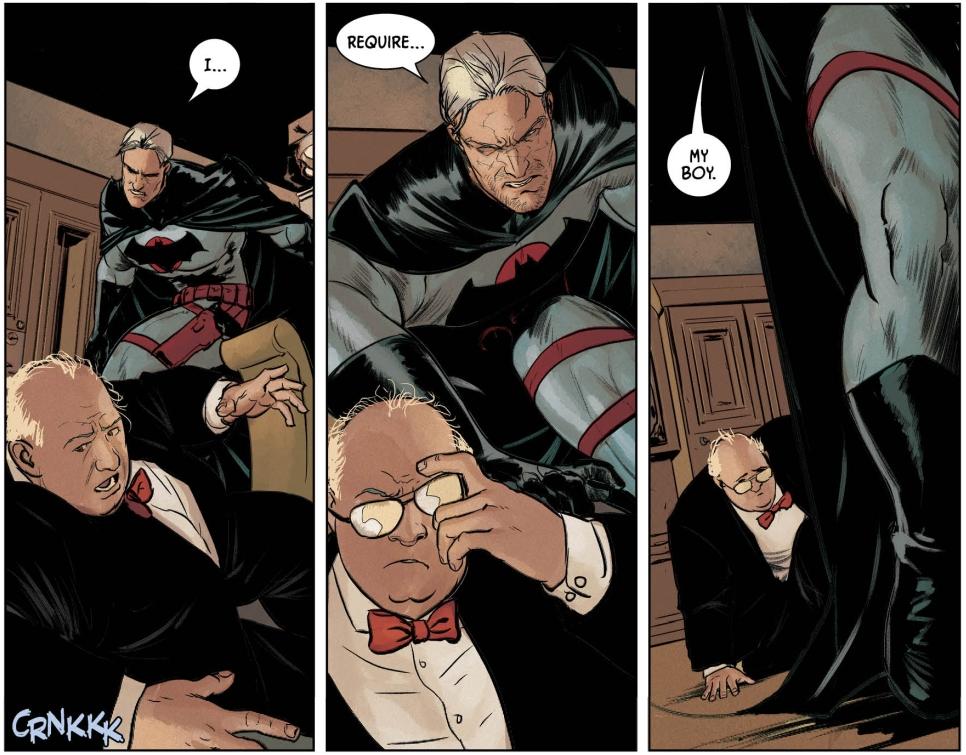 Batman #82, like many of the proceeding issues (and the outstanding Annual), proves that Tom King is a master writer who gets what the Batman is about. His entire run is sure to go down as one of the most iconic Batman sagas of all time.

Review: Superman: Up In The Sky #5