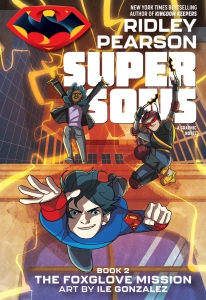 Super Sons: The Foxglove Mission: In the aftermath of The Polarshield Project, Jon Kent and Damian “Ian” Wayne, the respective sons of Superman and Batman, are on the run with their new teammate, Candace. With their hometown in ruins, and in the absence of their heroic fathers, Jon and Ian have big capes to fill. Meanwhile, Candace follows clues that hold the key to her destiny, and her journey is filled with twists and turns as she unlocks powerful abilities she never knew existed. While their quests threaten to divide the three of them, it’s only through teamwork and trust that they can succeed.

The Foxglove Mission is the rare sequel that takes everything readers love about Super Sons and raises the stakes without losing any of the charm or sense of wonder. Join Ridley Pearson and artist Ile Gonzalez as they introduce new settings, new allies and villains, and all-new adventure in this latest action-packed chapter!

The Foxglove Mission is a continuation of the story Ridley Pearson started in The Polarshield Project, and as such, shares many of the same positives and negative that initial chapter.

The world of Ridley’s Super Sons is not the DCU we are familiar with, and Ian and Jon are not the Superboy and Robin of Peter J. Tomasi’s sadly defunct Super Sons series. However, that does not mean that Ridley’s characters don’t have their own charm.

And being an alternate version of the Super Sons has made them immune to Brian Michael Bendis’ boneheaded decision to artificially age Jon Kent several years. This Jon remains the same age as he was in the first chapter, and will presumably remain his proper age in the next chapter.

Also, I like that Pearson has extended the group to include a couple new members, although I have to wonder if ‘Super Sons’ makes much sense with the addition of two girls into the group. Tilly and Candace make interesting new heroines, with this chapter fleshing their characters out a bit more. 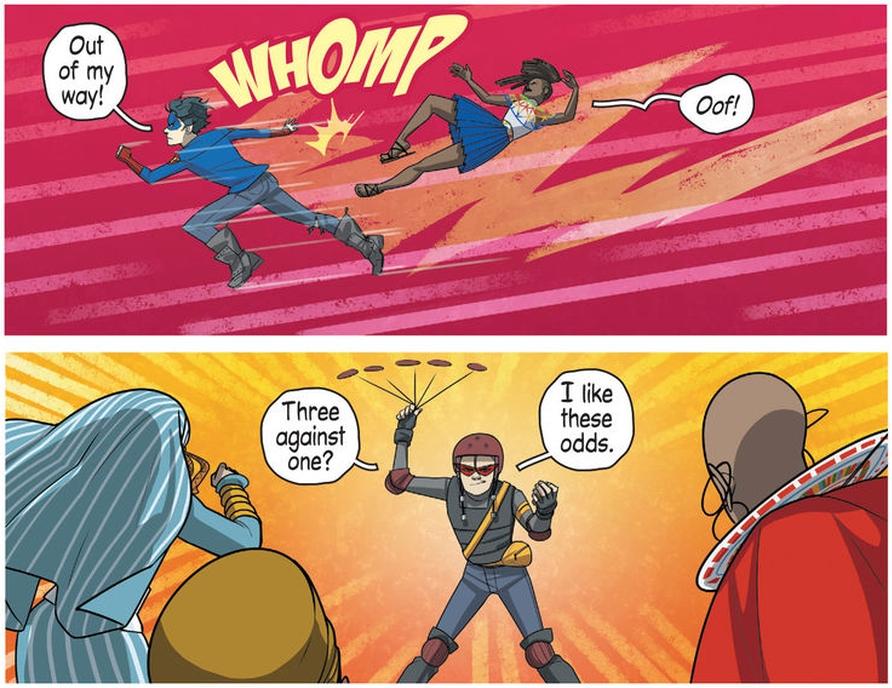 We now get some indication that Candace has some bird-related powers. While her story is interested, I hope that the next chapter wraps up her origin story, allowing for more focus on the other characters, as there are still some facets that are begging to be explored.

For instance, Ian seems to be a significantly different character than the DCU’s Damian Wayne. Is Ian’s mother Talia al Ghul like in the regular DCU? Will he eventually adopt the identity of Robin, or will he remain ‘Batboy’?

Also, I would like to learn more about Tilly.  I love that she has adopted the costumed identity Puppet Girl, which seems to be a wholly original character. Does she have any connection to any familiar DC characters? Her background seems a blank slate that offers a wealth of story possibilities.

Also, this chapter is reliant on story elements established in the previous chapter. I would not recommend starting with this volume. Hunt down a copy of The Polarshield Project and read that first. 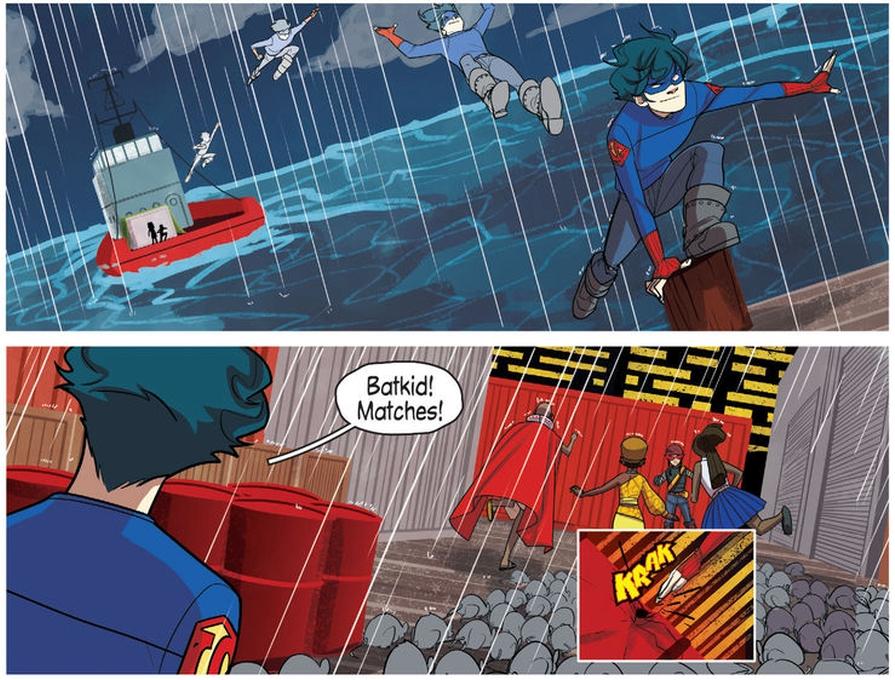 Ridley’s Super Sons is a story that can be enjoyed by readers of any age, whether they have any knowledge of the regular DCU comics or not. It definitely would be a good way to introduce younger readers to superheroes. But be sure to start with The Polarshield Project and before following it up with The Foxglove Mission.