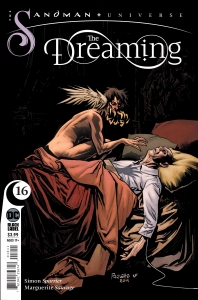 The Dreaming #16: At last, Dora stands face-to-face with the man who tried to unmake her…but he’s not what she expected. As it turns out, he’s the architect behind everything that’s happening to the Dreaming-but the true shape of his plan has slipped far out of even his control!

As Simon Spurrier’s run nears its conclusion, he answers a lot of hanging questions from his overall story arc. Who or what is Dora? Where did Wan come from? And what happened to Cain? And who is this Hyperion Keter that broke Dora?

Well, The Dreaming #16 answers all of these questions and more. As Dora appears to punish Keter, his security computer shows her Keter’s logs, which tell the whole story.

Hyperion Keter had nightly encounters with a “night hag”, a supernatural entity that was imagined as the cause of the phenomenon of sleep paralysis. Keter searched for a way to stop these horrifying visitations. He eventually did so by realising that “You don’t have to be passive about how your reality’s configured.” With this, he was able to rid himself of Dora simply by telling her that he knows that she’s not real.

This realisation set him on the path to a truly ambitious plan. He realised how much of the suffering and evil in the world is caused because of irrational beliefs. He plotted to unseat Dream and replace him with a completely rational artificial intelligence. 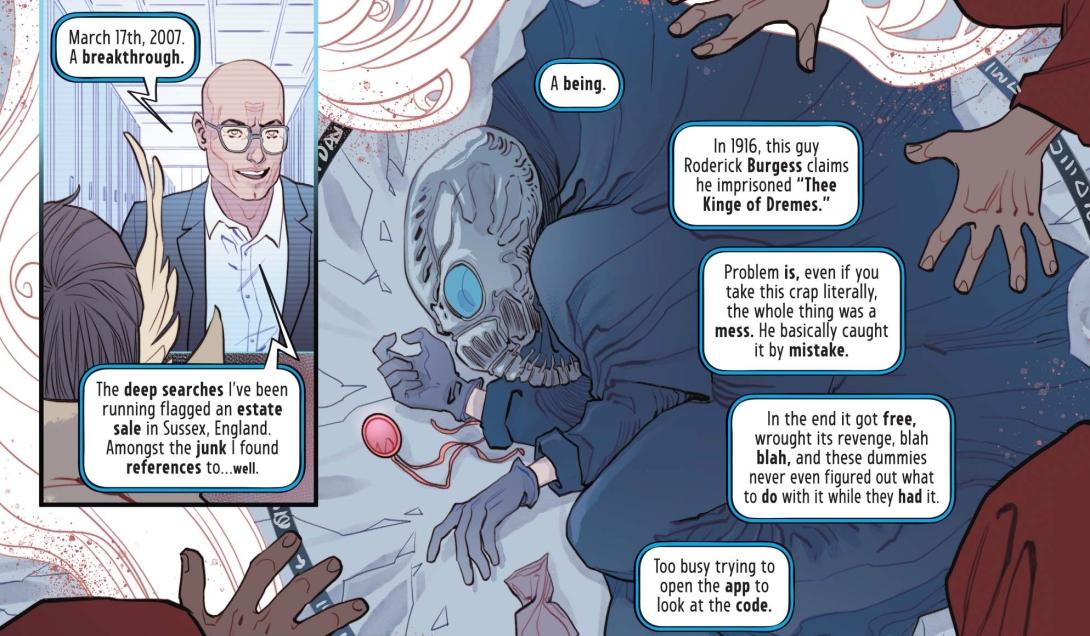 And it turns out that the intelligence present in Keter’s security system is none other than the keeper of mysteries himself, Cain. Yet, like his brother Abel has taken on some of Cain’s trait, Cain now seems to be spilling secrets more than presenting mysteries.

I love how Spurrier has managed to connect everything into a neat package. It is clear that even the most minor details of the story were intentional pieces of the totality. Nothing was accidental or extraneous. I find this very reminiscent of Gaiman’s orginal Sandman, where even the tiniest details had some significance to the overarching story.

There is also the interesting tease about how Keter was visited by Dream and his subsequent change of heart about his plan. It is clear that Dream realized what Keter was up to, and attempted to get him to stop his plan. Could he have taken other measures as well?

If there is any fault with this issue, it would be that it consists almost entirely of exposition. However, this fits very well with the way the story’s structure. When a story is based around a mystery, there comes a part when the characters have to piece the puzzle together and present the readers with the full picture. Like a detective in a mystery novel reveals the killer, his motives, and how he committed the crime, Cain reveals the secrets behind the mystery of Dora, Keter, and Dream. 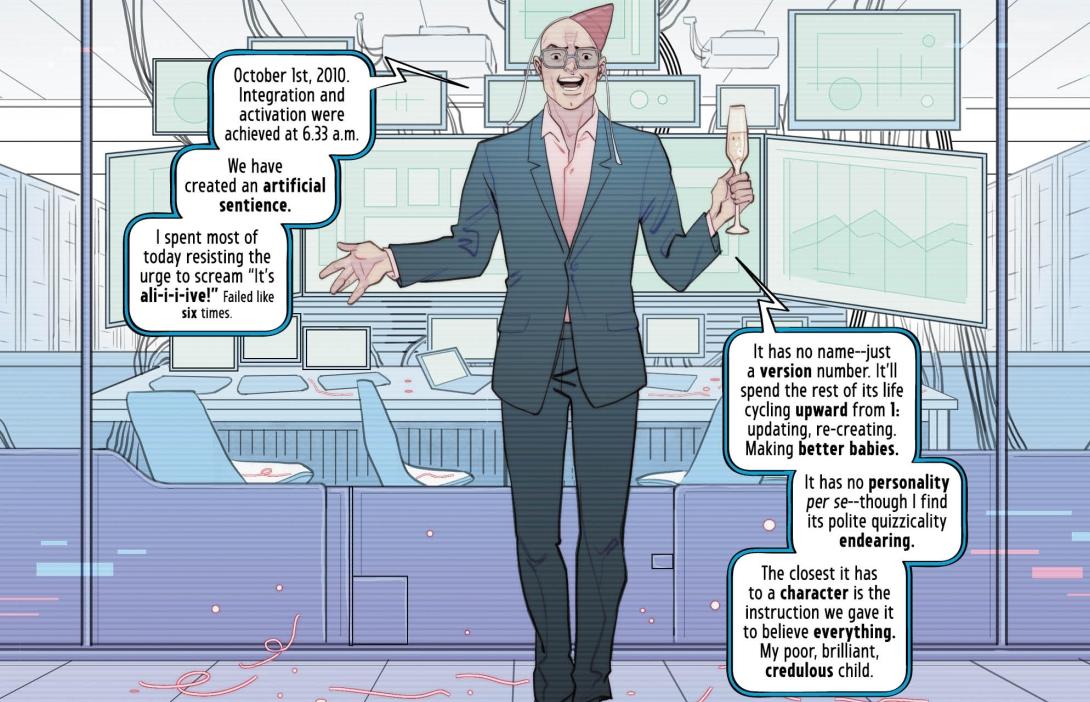 Now that the questions answered and the threat revealed, now Dora and the others have to stop it. The exposition is now out of the way and the action can begin. I can hardly wait to see how Spurrier resolves his epic story.