Review: He-Man and the Masters of the Multiverse

Review: He-Man and the Masters of the Multiverse #2 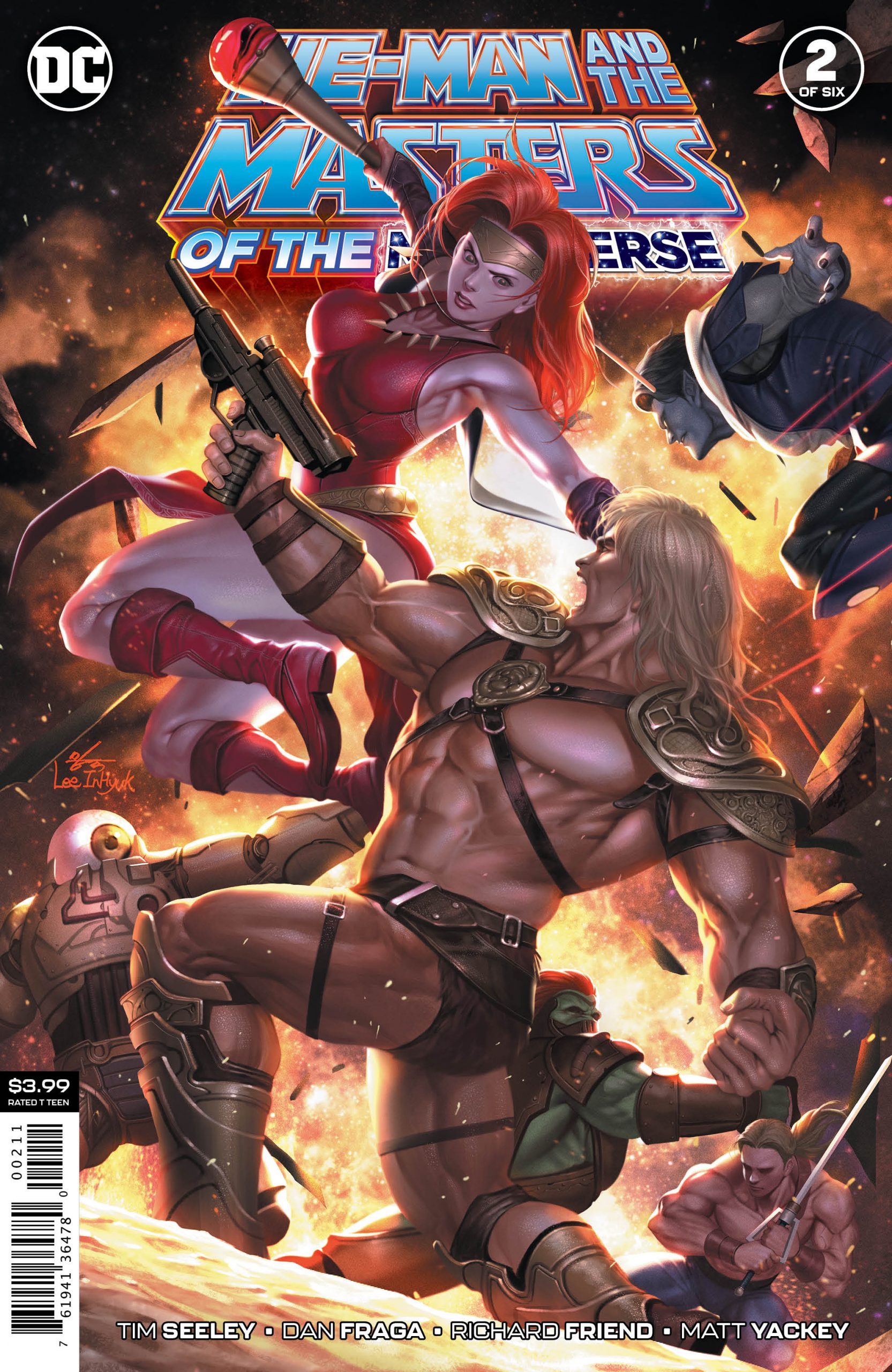 He-Man and the Masters of the Multiverse #2 finds a space He-Man chasing a space Skeletor only to be interrupted by Anti He-Man. Keldor and the He-Man brigade focus on getting Keldor’s magic to work even though he keeps telling them that he sucks at it. There are some space battles. 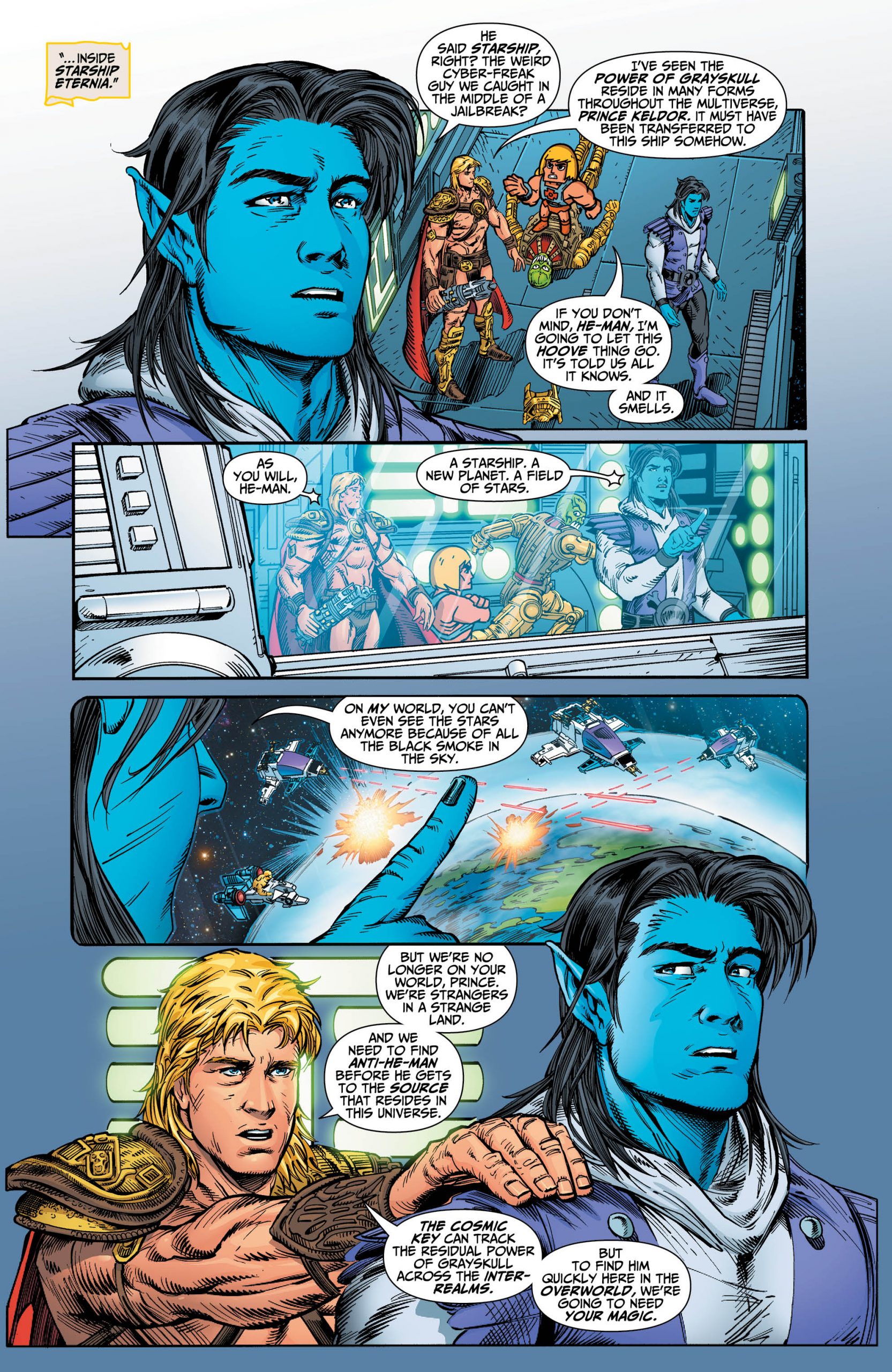 The artistic team of Fraga and Friend carry this issue. The Multiverse allows a lot of leeway for creative license and they use it up in this issue. It is fun to see how the various He-Men and Keldor’s have evolved.  Matt Yackey’s colors are just spectacular. There is a lot of black space in this issue, so it is important that depth is shown and that when there are some colorful things going on, they jump off the page. He makes that happen and then some. He is the star of this issue for sure. 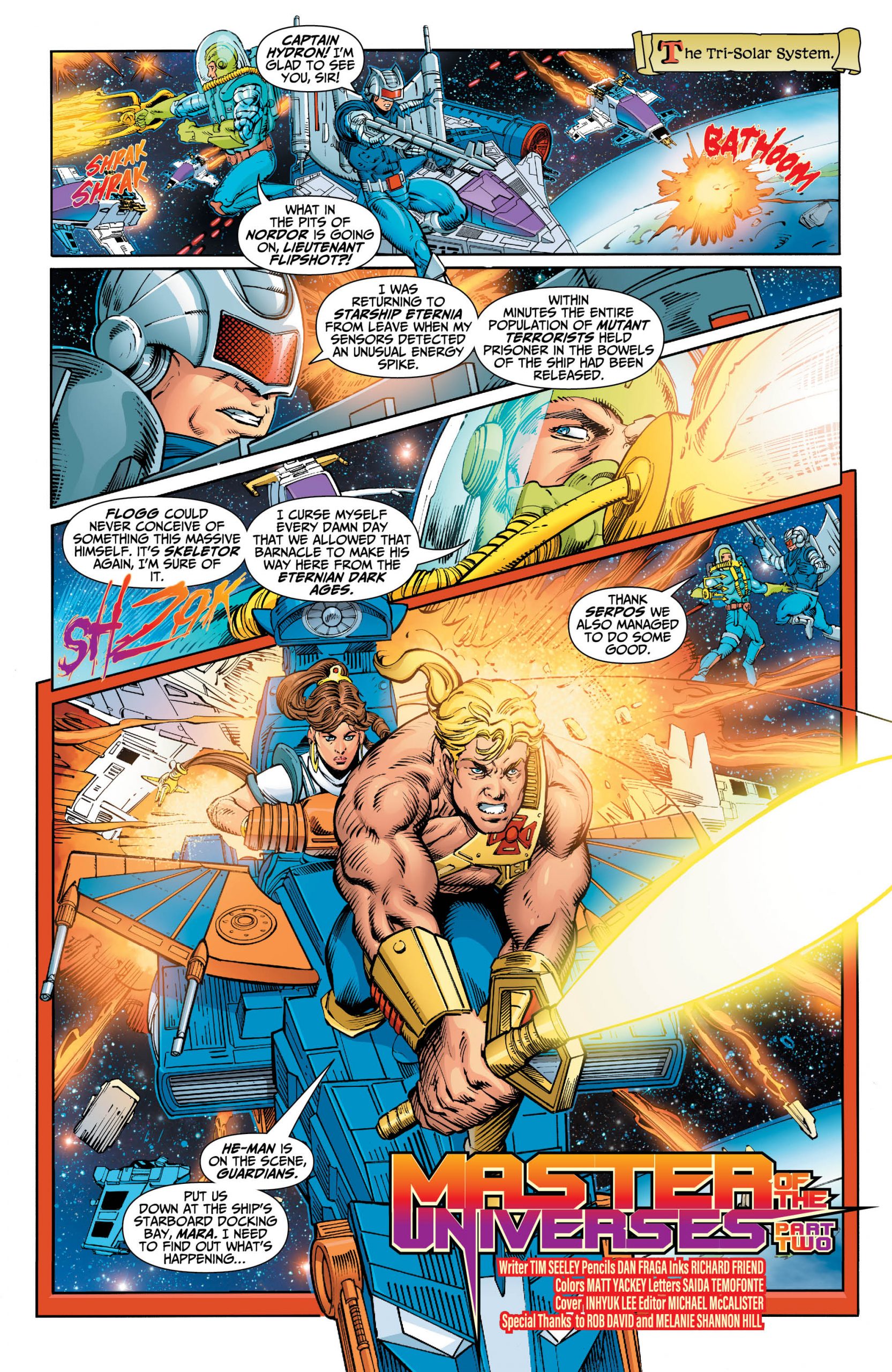 It is hard to take He-Man and the Masters of the Multiverse #2 too seriously. Each new plot twist makes the excellent work done by Fraga and Friend come undone. That could easily be Seely’s point. He could be making fun of the idea of the multiverse by making it absurd. That would be fine if there were not an actual story happening in it as well. The reads don’t seem to know if they are reading a parody, satire or farce. That is a problem. At first, I thought there would be some gentle ribbing at absurd name “He-Man” and the fact that he and Prince Adam just wear different clothes but are somehow the “different people.” That just never comes through here. Maybe it will make itself more clear as the series goes on. For now, this is a bit of a mess.

The big reveal does not work. It was pretty clear from the first time we see Keldor in issue #1. I understand why it was kept a secret, but was it really a secret? The nostalgia factor should keep readers reading, but issue 2 takes a pretty big step back from issue #1. Maybe there isn’t really a six part series to tell here.