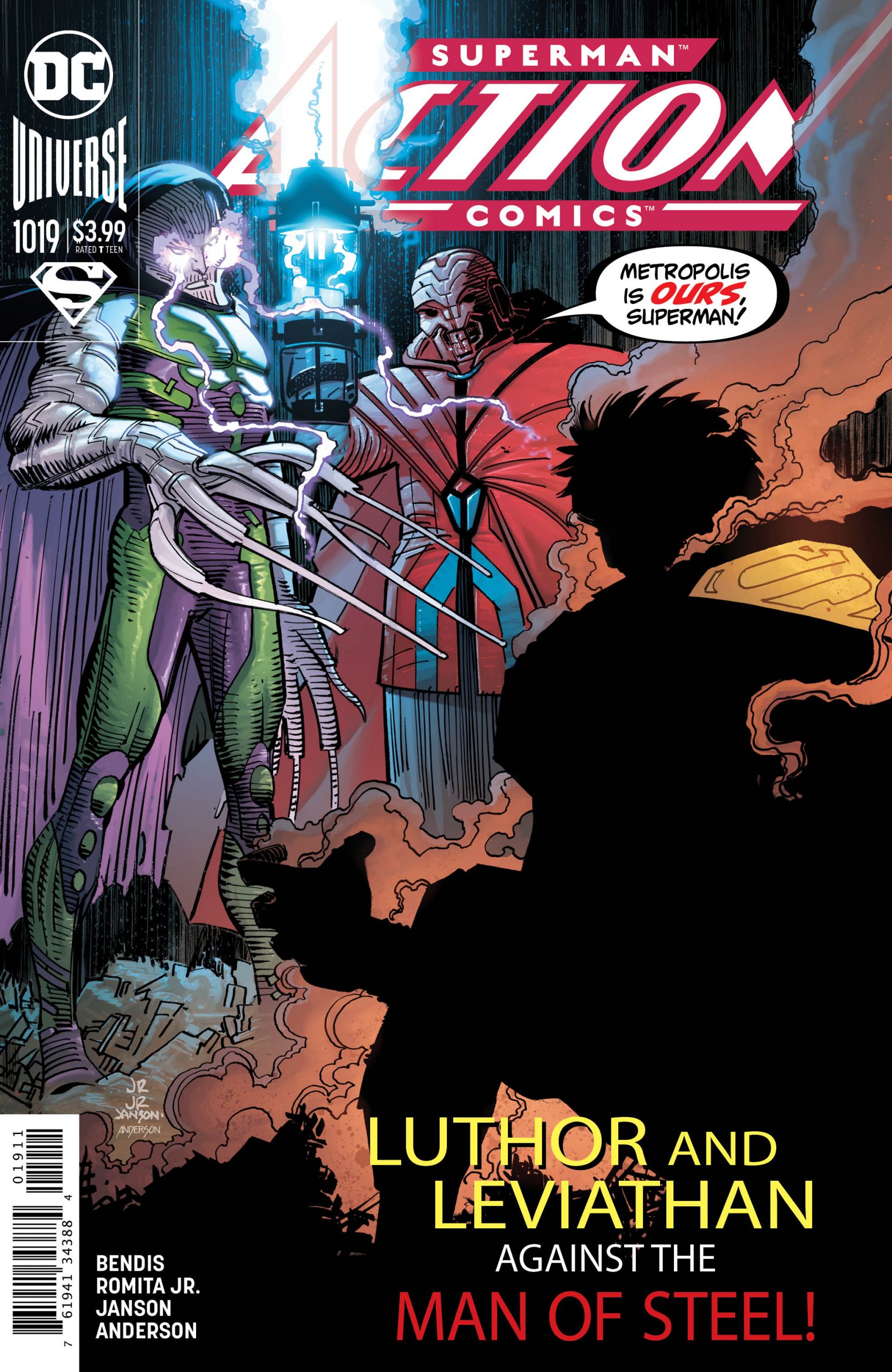 Working around his elbow to get to his foot, Brian Michael Bendis reveals the machinations of Luthor and Leviathan (Mark Shaw): Give the Red Cloud (Robinson Goode) an opening to kill Superman.

The first thing that stands out about this issue is the notion that Mark Shaw and the Legion of Doom share a common vision of the world.  While the Legion are all traditional villains, Shaw was once a hero.  In this sense Bendis is trying to make not only Shaw, but  the Legion of Doom into anti-heroes.  This is an interesting idea.  Shaw certainly believes he is the hero of his own story, and Sinestro started out a hero as a Green Lantern.  Geoff Johns has done a lot of work to make him a sympathetic villain.  At the beginning of the “Rebirth” era, Lex Luthor himself was a hero.  Blurring the lines is definitely a curious and interesting concept. 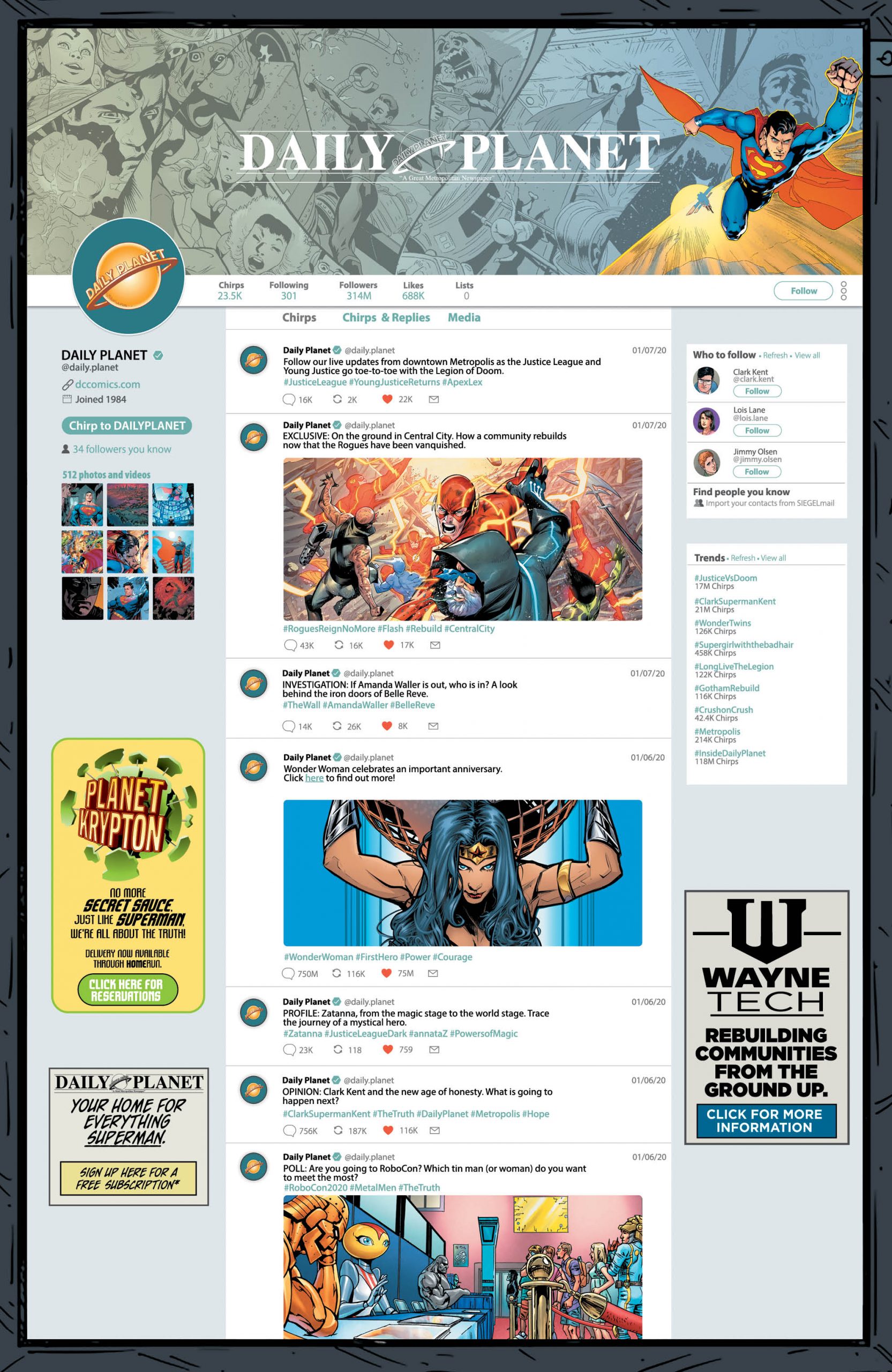 It takes a while to get to the second positive in this issue, but when it is finally depicted, it does hold some weight.  Luthor and Shaw have devised this attack on Metropolis to soften up Superman for the Red Cloud.  Luthor and Shaw want Robinson Goode to kill Superman.  She’s not sure she can do it, but Luthor certainly is.  The intrigue here is palpable! 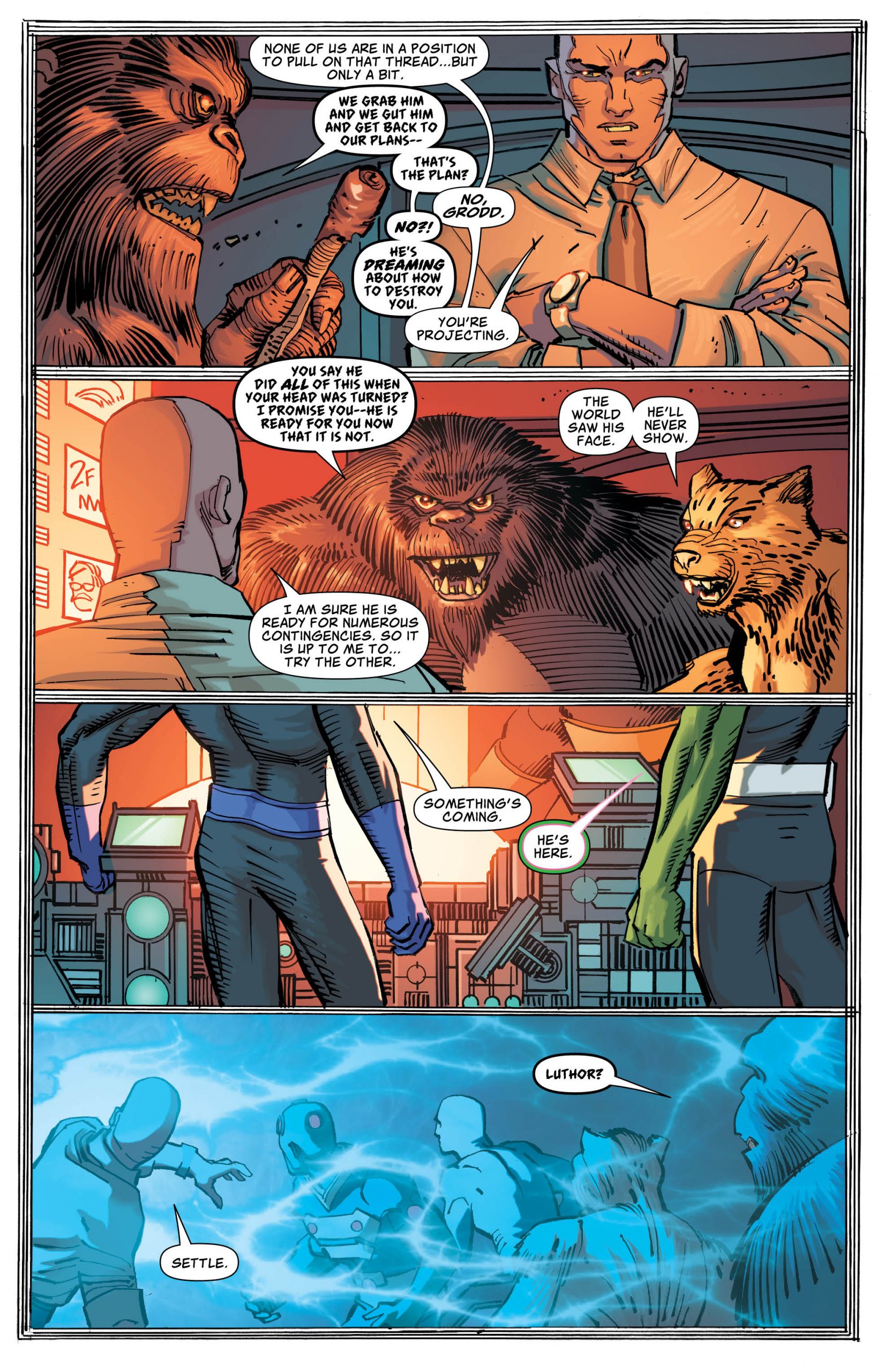 Continuity is always appreciated, and the first page of Action Comics #1019 does a nice job of incorporating the other current goings-on in the DC Universe.  Often, this is the best part of a Bendis Superman comic.

After Shaw’s explanations in the Event Leviathan mini-series, it doesn’t make sense that he’s now willing to have Superman killed.  Perhaps, the larger issue is that Shaw motivations have not been properly explored.  Right now, he’s not much more than a simple villain.  There hasn’t been a detailed explanation of why he thinks the world is broken.  More importantly, Bendis isn’t clear on why this ideology lines up with Luthor and the rest of the Legion of Doom. 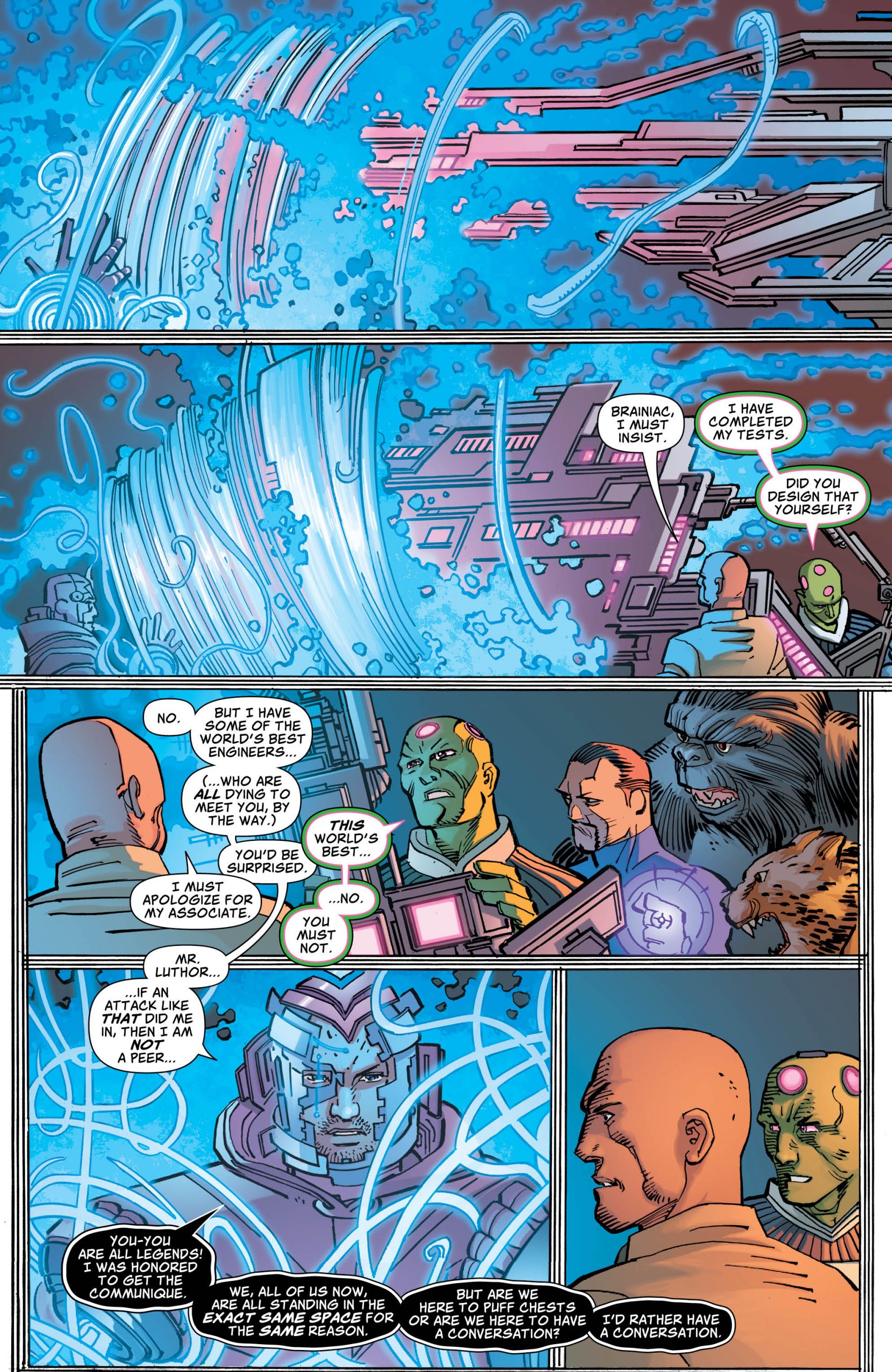 It’s unfortunate, but Romita, Jr’s art is still suspect.  It appears very hurried and rushed and is not appealing at all.  While his storytelling is clear, it’s just not appealing in its details.

Fellow DCN reviewer, Derek McNeil messaged me that this issue was “a hot mess!”  I don’t know that that is an entirely accurate description as Bendis is able to make something feel exciting with Superman in Action Comics #1019.  The idea of the anti-hero is intriguing and Luthor’s plot to kill Superman is engaging.  Certainly, his identity reveal has played out over in Superman as a non-story. (If there’s no impact to this reveal, why do it in the first place?  Answer= Bendis has no idea what he’s doing.)  While this issue is actually pretty good, its context within the larger scope of Bendis’ run begs the question, why didn’t some of this happen sooner?  A roller coaster ride of quality continues in Action Comics #1019, though it never gets over the biggest hills.