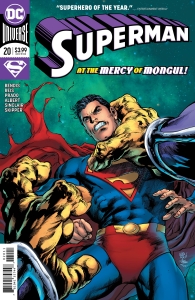 Superman #20: The United Planets is a perfect, beautiful idea…that completely flies in the face of everything the barbaric Mongul has been fighting for his entire life. Mongol will destroy the United Planets and Superman with it. And he said something about using Earth as his toilet. Which doesn’t sound very nice. The return of one of Superman’s biggest and baddest villains…bigger and badder than ever!

In recent issues, we have seen the genesis of the United Planets, an interplanetary alliance of worlds in the DCU. It was an interesting development, showing the origins of the government that has featured in decades of Legion of Super-Heroes stories. However, it does raise some questions that need to be explained.

One question stuck out to me as especially glaring. In Superman #15, Superman declares to the representatives of the other worlds, “I will speak for Earth in these matters”. When I read those words, I thought that it seemed highly presumptuous of Superman to negotiate on behalf of Earth. Who empowered Superman as Earth’s ambassador to other planets?

I could understand Superman, as the most senior resident of Earth present, taking the offer of membership back to Earth, but there was no sign that he had done so. And there has been no indication in the last few issues that Superman has even told anyone on Earth that he had enlisted them in the United Planets.

Now, in Superman #20, this question arises again. Some mysterious source has leaked to the Daily Star a video of Superman declaring himself Earth’s representative and joining the United Planets on Earth’s behalf. This comes as a big surprise to the Star’s staffers. Clearly, Superman hasn’t cleared his actions with the general population of Earth. It seems that Clark has some major explaining to do. 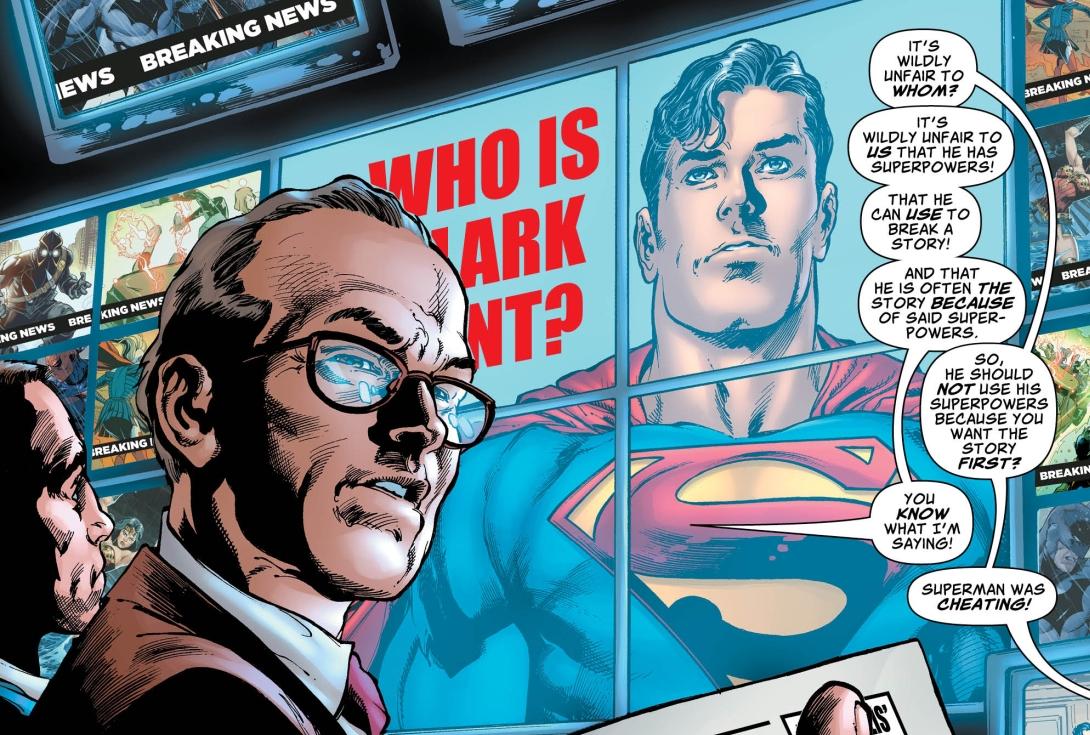 And a familiar face returns, promising to get that explanation. Lana Lang, reporter for the Daily Star returns. Also, as she reminds her co-workers, has an in with Superman that will allow her to pursue the story: she grew up with Clark Kent.

And while Lana plans to get the story from Superman, her rival at the Star, Bethany Snow, confronts Lois. And Bethany takes a much more confrontational approach than Lana might, demanding of Lois, “Who died and made your husband King of the Earth?”.

Lana’s return makes me wonder what Bendis has planned for the character. Bendis has introduced a number of changes to Superman’s supporting cast. Will she still be active as Superwoman? Is she still in a relationship with John Henry Irons? Or will her new hairstyle be the only major change?

Whether he’s acting legitimately or not as Earth’s representative in the United Planets, Superman still finds himself having to defend the newly formed organization from Mongul. I do find it somewhat ironic that the threat Mongul poses seems to be bringing the different worlds closer together. By giving them a common enemy to fight, Mongul is actually strengthening the alliance he’s attempting to destroy.

I’m still unconvinced that Superman revealing his secret identity to the world was a good idea. I still am doubtful about the timing. However, I have to admit that the new status quo is providing a fertile ground for new stories and ideas. Bendis has massively shaken up Superman’s status quo, opening up a whole new world of possibilities.