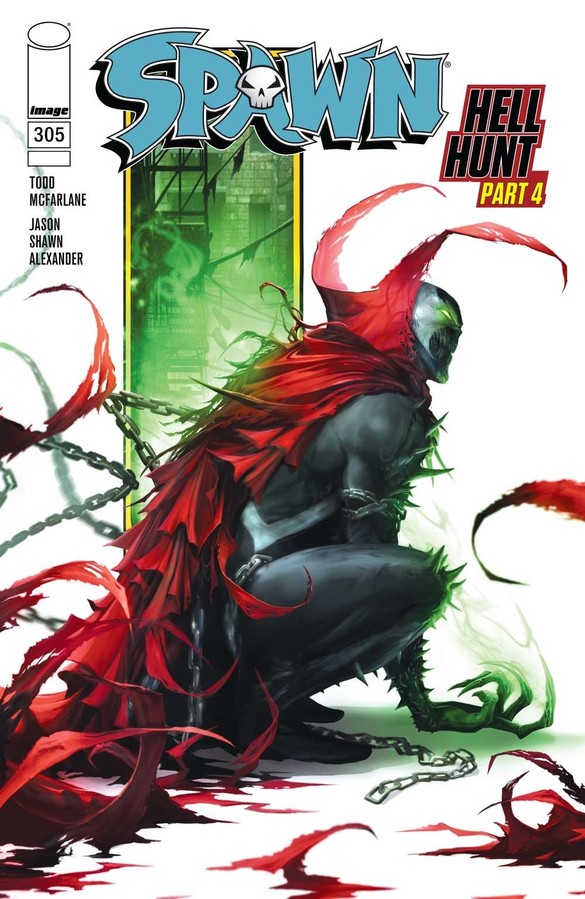 “So God’s a Thief ?” –  Jessica Priest to the Reaper (formerly the Redeemer)

“HELL HUNT,” Part Four Jessica Priest struggles with her new powers. Eddie Frank fights against the influence of the Redeemer. And Spawn has a final showdown with Medieval Spawn that will alter the course of the war between Heaven and Hell. With this gripping story arc finale, featuring a special 5-page bonus comic drawn by TODD McFARLANE, the hunt is on, and a new era of SPAWN has begun! “HELL HUNT” Part Two The aftermath of SPAWN #301 continues in this great jumping-on point for new readers! Spawn, Reaper, and She-Spawn fight their way to the catacombs beneath the Vatican to free Medieval Spawn! But is he friend or foe? Meanwhile, Clown’s Hellhounds have other plans, as they move to stop Spawn from gathering his new army of heroes. JOIN THE HUNT! 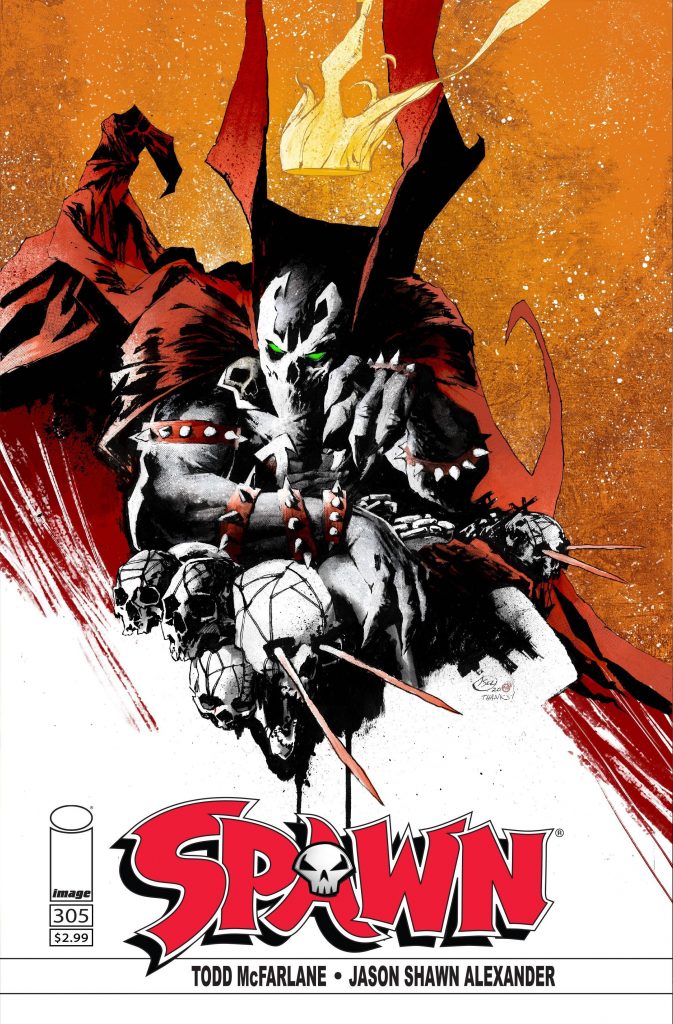 Hell Hunt continues with a confrontation that is fraught with awesome battle scenes.  It becomes very evident that Medieval Spawn is not a friend, but seemingly a foe.

To watch Al Simmons battle Medieval Spawn, arguably, the only differences are the use of a sword and the helmet adorning Medieval Spawn.

Jason Shawn Alexander’s renderings of a night battle with red capes flying around is pure art!  What a great confrontation to begin the hunt for the Spawns that have now been created given the events in Issue #300. 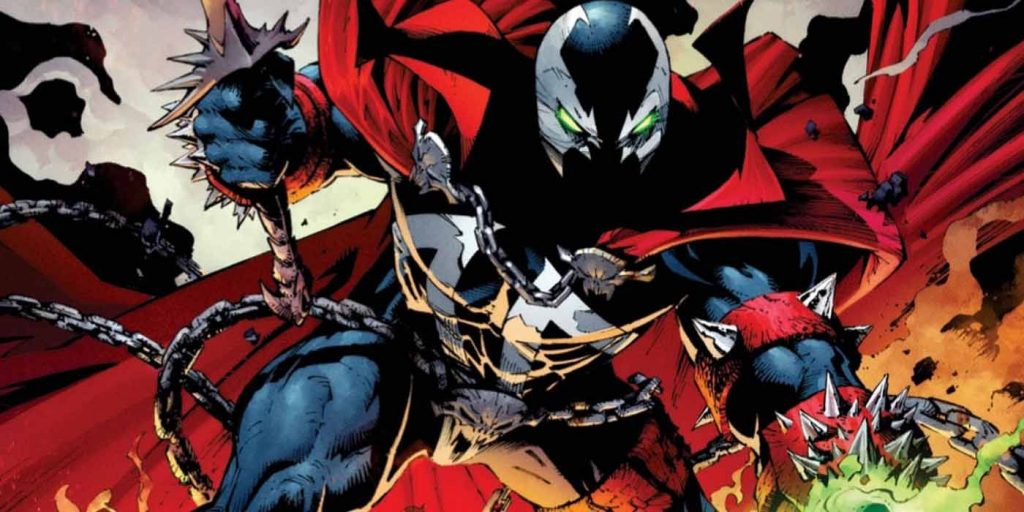 She-Spawn is a given and she is continually trying to discover what her role is in this battle between Spawn, Heaven and Hell.  McFarlane gives such a strong voice to She-Spawn as she has a conversation with Eddie/Redeemer/Reaper.  She is even questioning the lines drawn based on her belief system as she encounters angels bent on her destruction as well.

Speaking of the Redeemer. Eddie is the third rendition of this creature designed to be the “Anti-Spawn” and now that Eddie has control, he has taken on the persona of The Reaper.

Angel on Angel Violence in this one… and it doesn’t disappoint.  It’s interesting how Spawn, Reaper, and She-Spawn will form a team in their ultimate pursuits to take down Heaven and Hell.

But then what?  There are some haunting words left out there…”Spawns do not kill Spawns!” 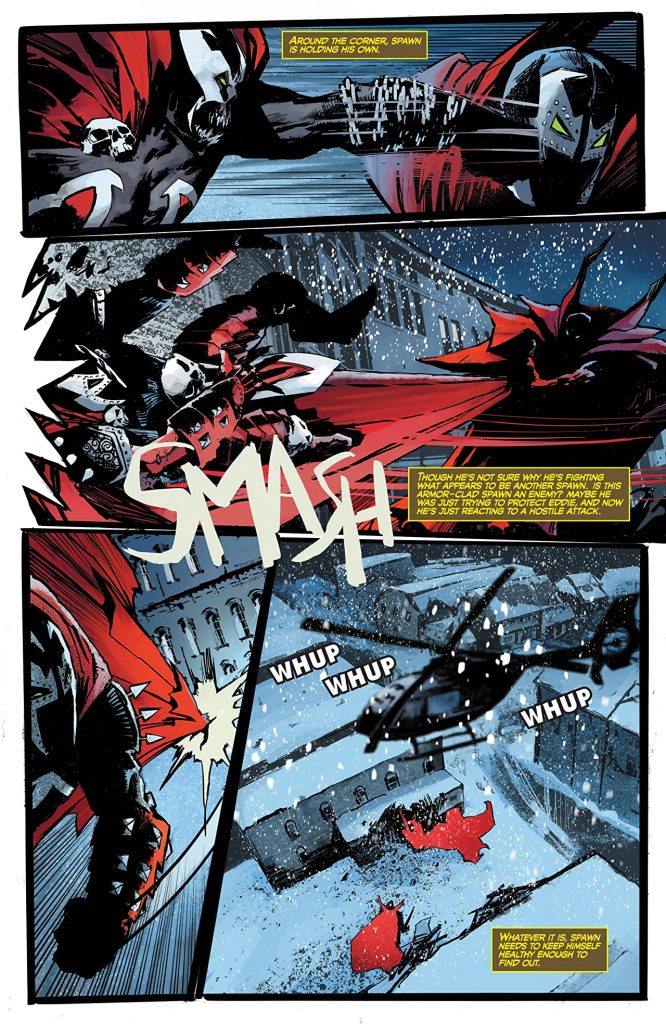 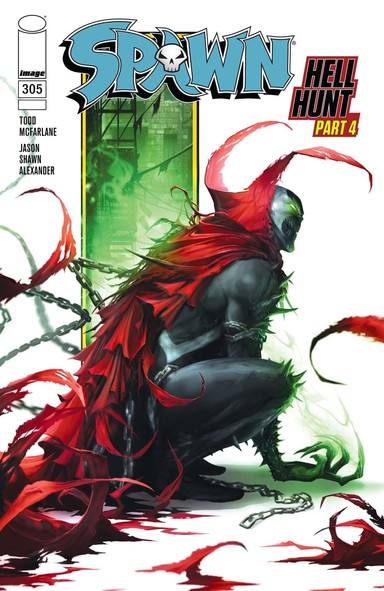 Well….that was short.  Not to give a spoiler away, but one character meets their demise a bit too soon.  But as always, in Spawn’s universe, there are going to be casualties (sometimes more than we can count).

But I was really counting on some evidence of a space time continuum on this one!

More Spawns are out there and that means more agents from Heaven and Hell are out there as well…oh the possibilities are endless.  And the Reaper joins the fray.  And She-Spawn is still here (can she have her own comic…please?).  Add another issue to your collection!