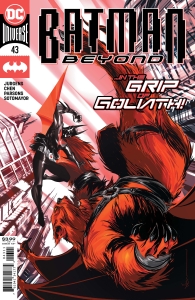 Batman Beyond #43: Terry McGinnis has his memories back, and he’s ready to resume his duties as Batman in Neo-Gotham. But as soon as he comes home, so does Goliath, the Man-Bat pet of Damian Wayne. What adventure with the heir of the Demon lies in store for Batman Beyond?

Well, Terry’s back in the Batsuit, so everything’s back to normal, right? Well, not quite. The battle with Blight has left the Batcave in ruins, so Terry needs a new base of operations. Bruce introduces Terry and Matt to their headquarters in the Wayne building. Matt immediately christens this new base as “The BatSuite” to Bruce’s distaste. I wonder if Dan Jurgens is taking a dig at fans who frequently misspell “Batsuit” on social media posts.

I like the idea of Terry moving shop to the Wayne building in downtown Neo-Gotham. It hearkens back to the 70s Batman comics, when Bruce left Wayne Manor for a the Wayne Foundation penthouse with a new Batcave beneath the building.

A new threat is introduced in the form of Zeh-Ro. Zeh-Ro has usurped control of the League of Assassins from Damian. Zeh-Ro’s declares that Damian has been holding the League back and that “for the first time in years, the wishes of our true master… the great Ra’s Al Ghul… will be honoured”. If Zeh-Ro intends on following the agenda of the Demon’s Head, then he is likely to prove a major threat to Batman.

And what happened to Damian. Zeh-Ro implies that he’s killed “the bastard Son of the Demon”. And Goliath shows up in Neo-Gotham with Damian’s apparently lifeless body, prompting Terry to question, “Is he even… alive?!”. I have no doubt that Damian is still hanging on to life, but this is a rather dramatic cliffhanger to end the issue on. 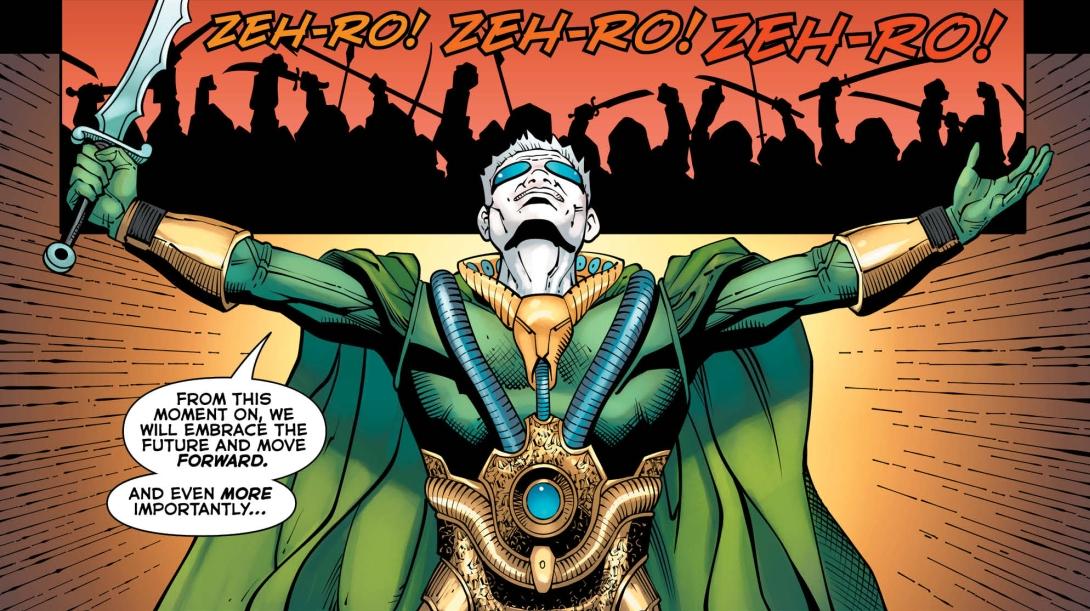 And this establishes Zeh-Ro as an extremely dangerous threat. Even with an overpowered version of the Batsuit, Terry fared poorly against Damian. So how will he do against someone who could nearly kill Damian?

Unsurprisingly, Dick Grayson is not pleased to learn that Batwoman was his daughter Elainna. Dick tries to forbid her from continuing as Batwoman, but Barbara Gordon takes her side. Despite Dick’s disapproval. Barbara tells her, “It’s who you are, honey… and I promise to make that a reality”. This exchange leaves little doubt that Elainna will return as Batwoman.

This scene also illuminates Dick and Elainna’s history a bit. Barbara confirms that Elainna’s mother “isn’t with us anymore”. Unfortunately, she is left unnamed, leaving her identity a mystery. In her absence, Barbara serves as a maternal figure for Elainna. She tells Elainna, “I’ve always considered you the daughter I never had” and Elainna reciprocates the feeling in a touching moment.

It does seem somewhat hypocritical of Barbara to support Elainna’s desire to be Batwoman, considering that she was against Matt’s desire to be Terry’s Robin. Sure, Matt’s underage, but so were she and Dick when they started their crimefighting careers. I hope that she reconsiders and argues Matt’s case with Terry like she is doing for Elainna. 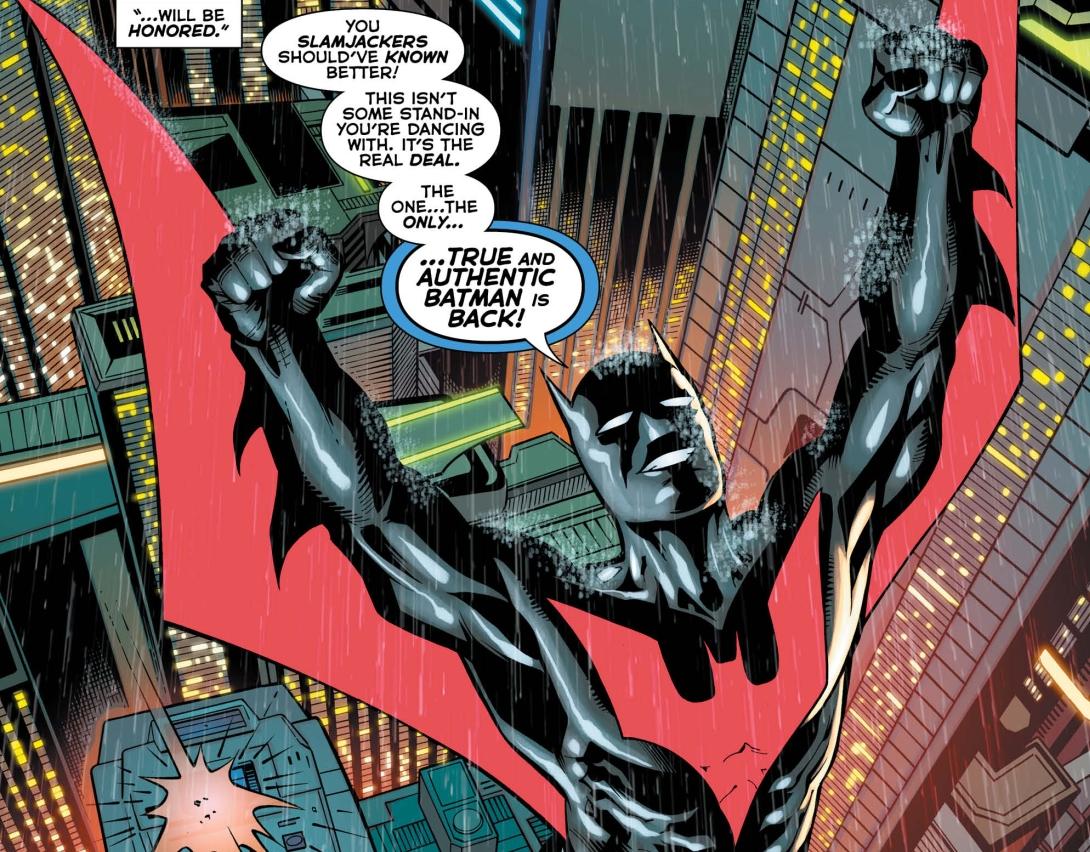 Batman Beyond #43 is a great jumping-on point for new readers, establishing a new status quo and introducing a new threat. Hopefully Elainna will soon be back in action as Batwoman. Terry is going to need all the help he can get against the threat of Zeh-Ro and the League of Assassins.