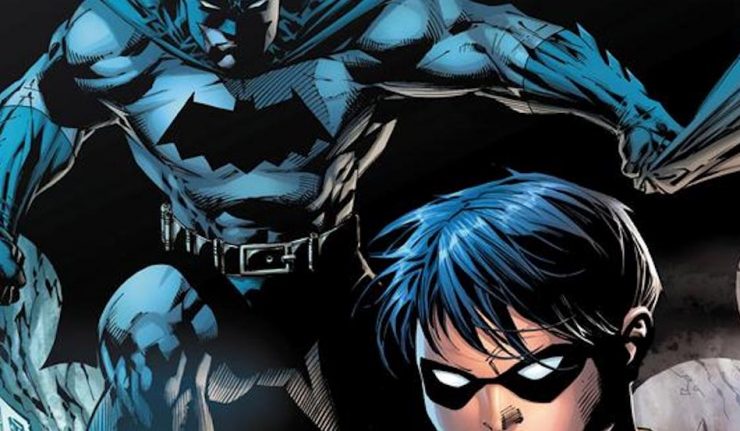 In my review of All-Star Batman and Robin, I examine this original interpretation of Batman. On paper, it sounds amazing at first. Pairing legendary comic book writer Frank Miller with legendary comic book artist Jim Lee is a no-brainer. That initial glance looks like the perfect recipe for ultimate success. However, a close look will reveal that there are real challenges that might prove insurmountable.

It’s been over 10 years since this famously infamous comic book was released. Is it possible to judge it fairly? The crew here at DC Comics News decided it was time to take a look back and see how well this series withstood the test of time.

It comes as no surprise that Lee’s art is stellar. His ability to take legendary characters like Batman, Robin, Black Canary, Batgirl, and the Joker and make them appear original and specific to this book alone is something only the masters are capable of pulling off. Lee moves effortlessly from full-page to small panels. Details are crisp and layered.

Colors provided by Sinclair are rich and stunning. But that description does not give them the recognition they deserve. Colors, like thinking, are about vision and application. Likewise, here their richness balances the dark tones that are so common with Batman and prevalent in this collection.

What sticks out for me is an idea that I heard after Frank Miller’s 300 was released in theaters. I was talking with a friend who reminded me that the purpose of the story was propaganda. The purpose is to persuade.

The soldier gifted with storytelling and an inability to capture listeners is the only survivor. His mission is to return to Sparta. Then, tell a story that will encourage young and old to rise up and fight back against the overwhelming forces of the Persian army.

Propaganda does not tell two sides of a story. Its purpose is to demonstrate one point of view. When viewed through this filter the story that Miller is crafting becomes more clear. It is my belief that Miller was attempting to recreate a strategy that worked in 300 and apply it to All-Star Batman and Robin.

The Batman that he writes is unhinged. This is an angry man burning with a violent rage that cannot be quenched. This character has been taught but has yet to realize the final lesson of his masters. It is the balance that all masters hope their students will come to understand.

Revenge is an empty hole. It runs as deep as you are willing to dig. Batman has arrived in a place so dark he cannot see the light. And yet somehow, he has recognized this light in Richard (Dick) Grayson. It is revealed many times throughout the series that Bruce Wayne’s attendance at the carnival where the Flying Graysons were performing was not chance or happenstance.

However, he was pretending to be on a date with the Luminous Vicki Vale. This was not the first time that he had witnessed the Grayson family perform. This is also why his reaction was so personal.

Somehow Batman knew he needed something. He saw it in the Graysons. He believed that for someone like Dick the future could be brighter than Batman would ever be capable of seeing. The purpose of Miller’s tale is to reveal how much the Dark Knight needed Robin’s light.

Richard’s story is a shining example of the possibility Batman thinks he sees. Dick is first scared by Batman. The Grayson family made him feel safe and supported and now that is all gone.

Then Dick is abandoned in the Batcave. But he refuses to break or yield. He is undaunted and stubborn.

Batman’s callous treatment is tempered only by his internal dialogue. He admires and respects Dick for not showing a greater degree of fear. However, this only spurs Batman on. It leads him to press the attack while continuing to look for cracks in the armor of a traumatized boy.

Unlike Bruce, who had years to process the pain of losing his parents and beginning a lifelong journey, Dick is given no time to grieve. But the steely resolve he displays reveals the potential he possesses. Batman needs to see how far it extends. and if its trajectory can be altered.

Choosing the right lens is only the beginning. Miller’s story stops short at ten issues. The reader is left only with the impression that Batman is maniacal, violent, and a greater threat than the criminals he fights.

Canary and Batgirl feel underdeveloped. Canary’s breaking point at a bar feels like a weak moment. It’s a powerful portrayal of her fighting prowess.

Yet, there is a feeling that she let them get to her. Her lack of poise and Irish lilt feel forced. The inferred sex scene with Batman is gruesome to behold and hard to read.

Batgirl is vibrant and buoyant. I love her energy, but her appearance feels like it gets in the way. Without the final issues, it is hard to see the purpose of adding these characters to the story.

Catwoman is another character with limited development. She feels more like a device than a character who comes to life on the page. Any reader aware of the history between Bat and Cat will feel that this relationship is riding in the backseat.

Batman hates the police, refers to himself in the third person, and treats Dick with scorn and disdain. By issues nine and ten Batman is beginning to realize that what he is doing is wrong. But readers can only imagine what will transpire in the final pages of the unpublished issues. The current evidence is not a heroic Dark Knight but he is demented and tormented.

Batman is a legacy character. His existence is entrenched in canon. A canon that lives in the mind of veteran and new fans alike.

The broad strokes that Miller uses blot out the finer details of an identity that has been honed over decades. It is a challenge that asks the reader to experience the rougher side of Batman’s origin. Because the final two issues remain undone there is no balance, redemption, or resolution for the characters or the story.

The hardest thing to do is judge an unfinished work. If it remains incomplete, then the only option is to weigh the content that is available. The All-Star Batman and Robin storyline contained a trajectory that was building to a revelation.

What we lose is the chance to see the characters after they have changed. Because of that missing component, the result is a painting with a blank canvas at the center. We can only imagine what the completed image could have looked like.