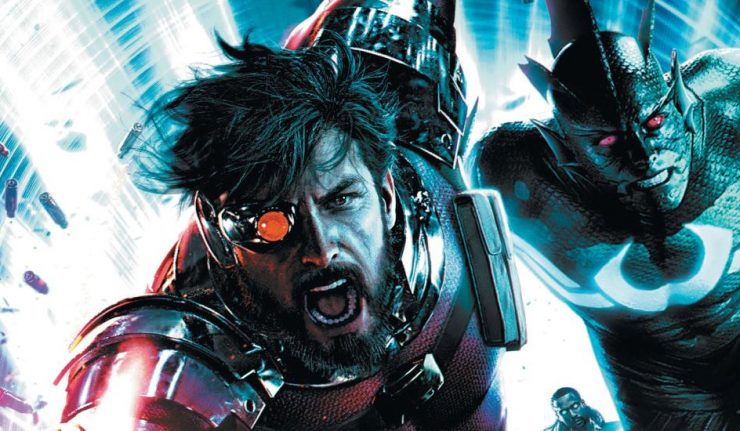 They say loose lips sink ships – and Captain Boomerang has the biggest mouth on Earth! That’s why Lok commands Task Force X to bring him in and shut him up for good! The hunt is on, but nothing ever goes according to plan in the Suicide Squad-at least, not if Osita and her mutinous Revolutionaries can help it. Will Deathstroke and Harley finally turn against Lok when ordered to kill their old Squad-mate? One way or another, the bodies keep dropping…

What is the best part of Suicide Squad #5?  Did you see that shot of Digger above? Come on. Bruno Redondo is just showing off. The action the boomerangs are amazing. I love a panel where it feels like the stuff is coming right at me. I am old enough to remember 3-D comics and I have to say, I miss them. This Bruno makes this whole thing feel frenetic. Task Force X is nothing if not frenetic. Both covers are beautiful. A plus to the art team.

There is a scene in the middle of this book where Floyd decides he is not going to be owned anymore. It is heroic (as heroic as Deadshot can be) and someone’s face is blown off. Seriously. The visual gag that goes along with the face explosion is simply genius. I laughed out loud. I let myself settle down, and then I clapped. Bravo Mr. Taylor for thinking of that. Again, Redondo is the star of the page, but I suspect it was in Taylor’s script.

The motivation is all over the place here. The team is still too big. I don’t really think we need a team this big. When the Squad is in NOLA and then some of them go out on a mission, I think the book works best. Still, I think Taylor is moving this toward something great that will feature a smaller team. I am willing to give him the time he needs.

Suicide Squad #5 is actually the end of the first arc, so I am not sure what the TPB will look like. That ending is aces. I am so keen to see what comes up next. I can’t even spoil anything here because honestly, that would be terrible of me. Get reading. 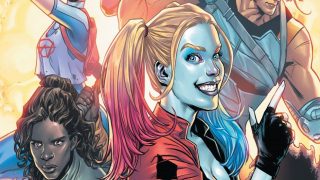