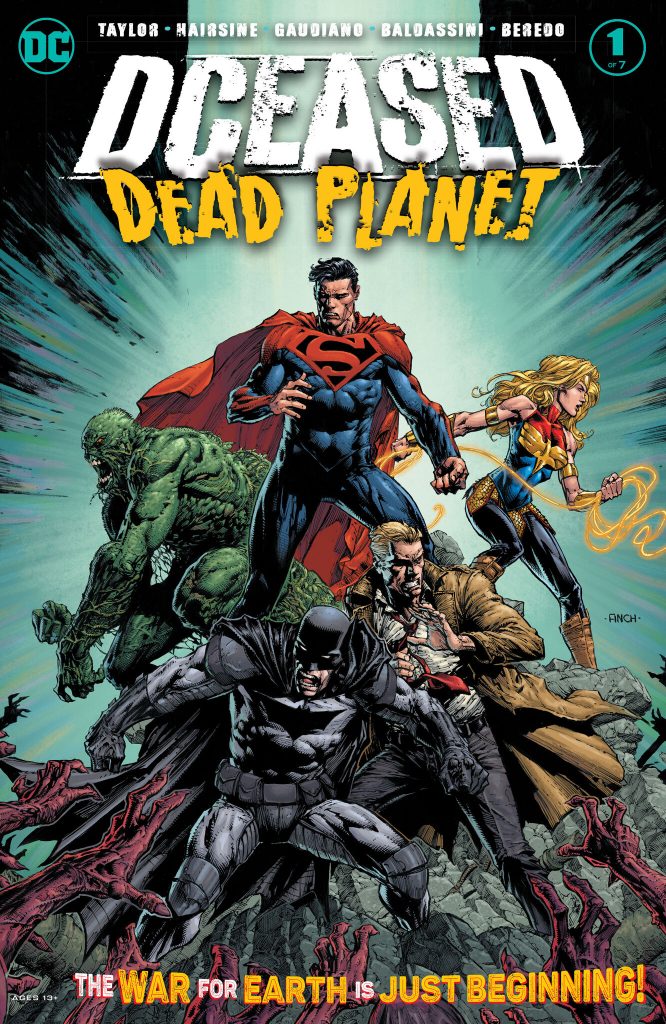 After a corrupted Anti-Life Equation turned billions into monsters—including Earth’s Greatest Heroes—our planet was as good as dead.

Years later, a distress call brings Damian Wayne, Jon Kent and Cassie Sandsmark—the Batman, Superman, and Wonder Woman of Earth 2—back to a dead planet…but what will this new Justice League find waiting for them?

If life still exists on Earth, who—or what—is lying in wait for these heroes? The original creative team of Tom Taylor and Trevor Hairsine reunite for the sequel to the 2019 blockbuster series DCeased! 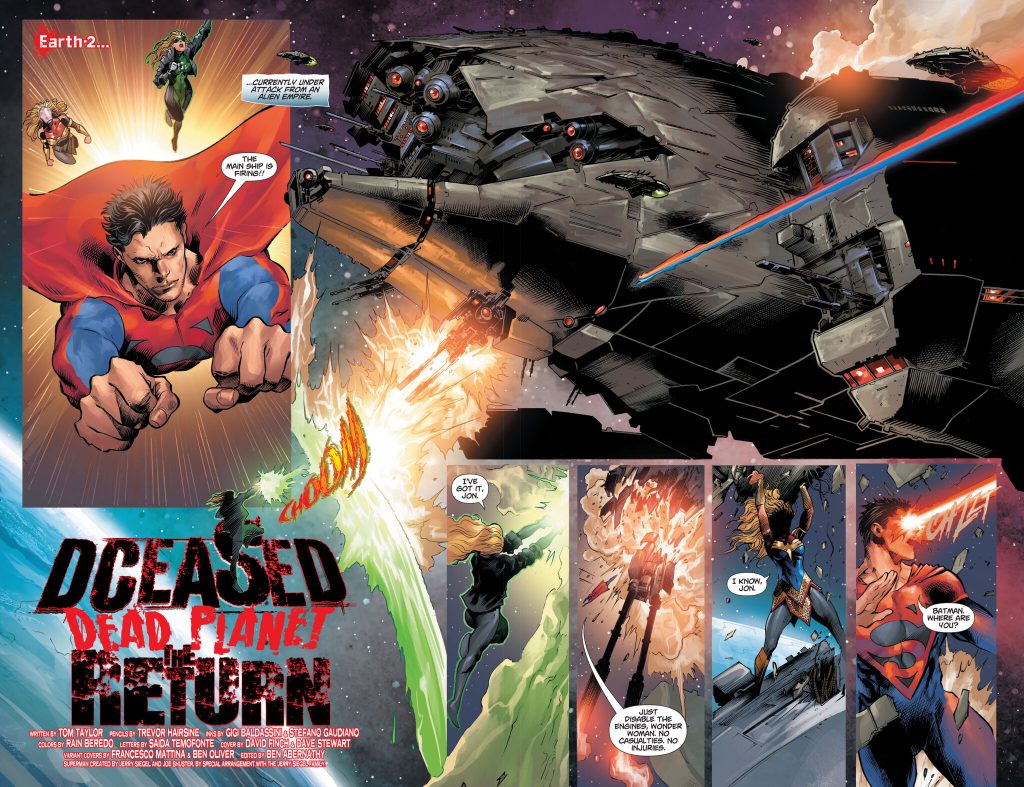 Tom Taylor eloquently (can we even use that term in this type of apocalyptic nightmare) “undoes” some of what Brian Michael Bendis did to the World’s Finest 2.0.

While Bendis “aged” Jonathan Kent and essentially destroyed the pairing of Damian and Jonathan as Supersons, Taylor saved it.  He provides a Trinity 2.0 with the addition of Cassie Sandmarks, and passes the baton nicely.

With Oliver Queen and Dinah Drake (Black Canary turned Green Lantern) as mentors, these three carry on perfectly as their predecessors.  In fact, Jonathan using negotiation skills rather than Damian’s darker tactics makes for an easier reader transition to these newer versions of our heroes.

Jonathan is reticent to assume the mantle of Superman, but the exchange between he and his mother is priceless.  Speaking of Lois…

President Lois Lane….wow!  From reporter to running essentially Earth 2.0.  When we first see Lois, it is like watching an older Leia Organa from Star Wars. 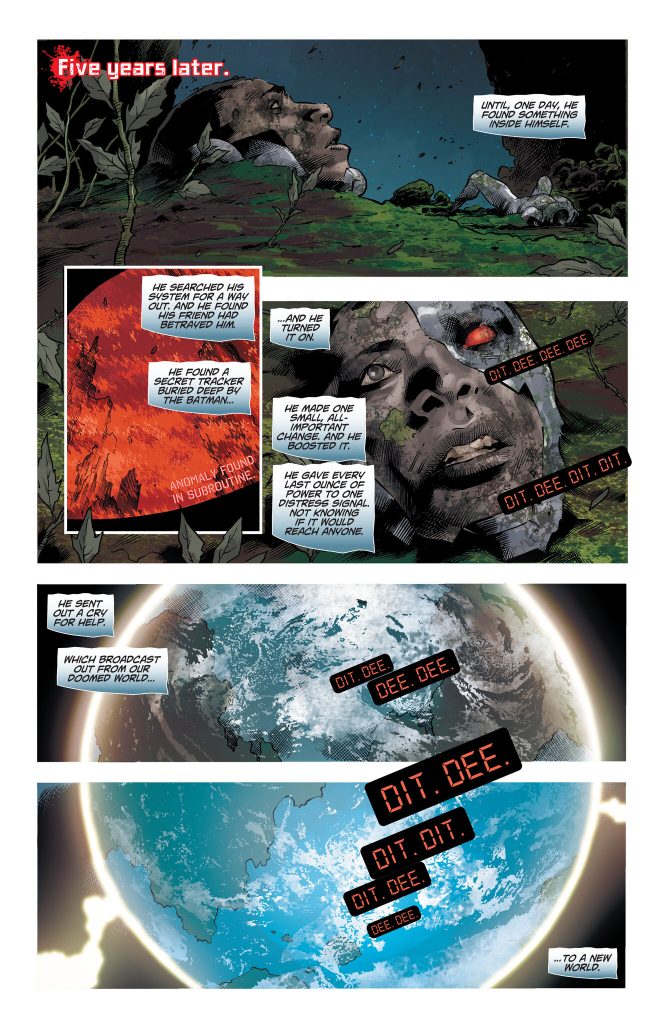 Perfect use of Cyborg…Perfect use of Wonder Woman… Perfect use of Krypto…Krypto?  Taylor again adds some tweaks to the story that both surprise and astound.  No spoilers will be here as you have to read this to believe it. 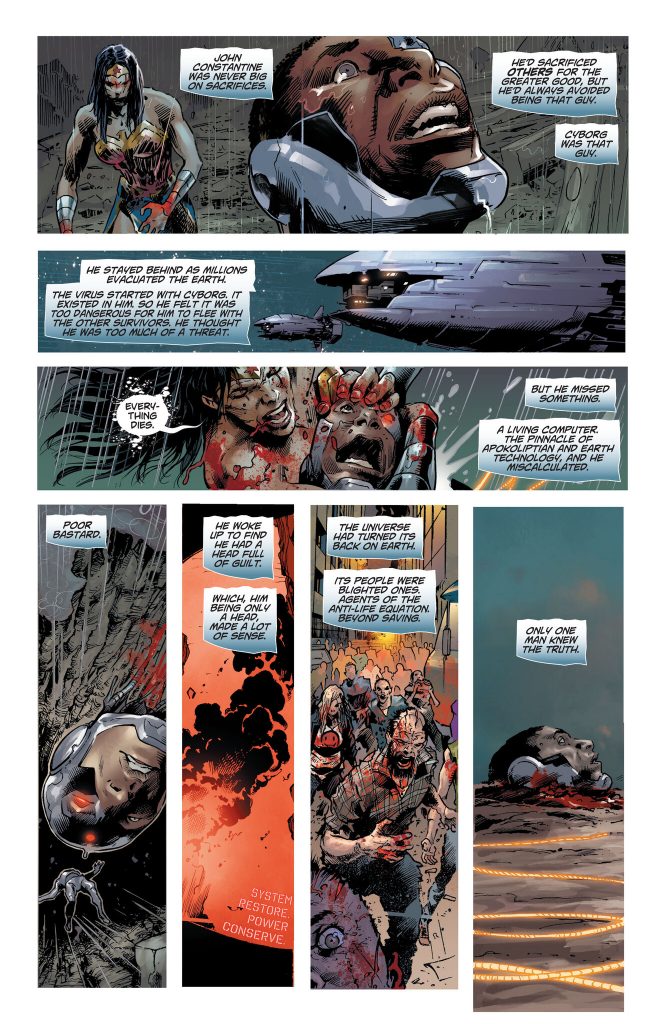 Trevor Hairsine hits a home run with his renderings of our heroes, both old and new.  He captures the luster of Earth 2.0 and the desperation of old Earth.  Landscapes, weather, and battle scenes become main characters with his pencils, so kudos for turning Taylor’s script into a vision for the eyes! 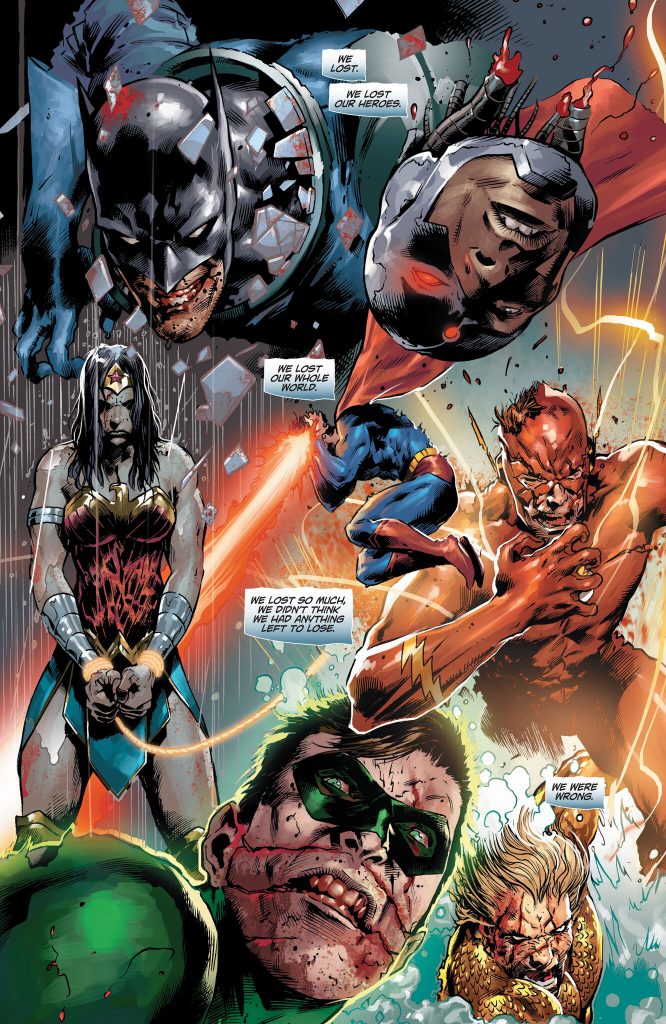 Absolutely none.  What a great return to a story that obviously has captured the intrigue of readers interested in this new “timeline” of DC comics! 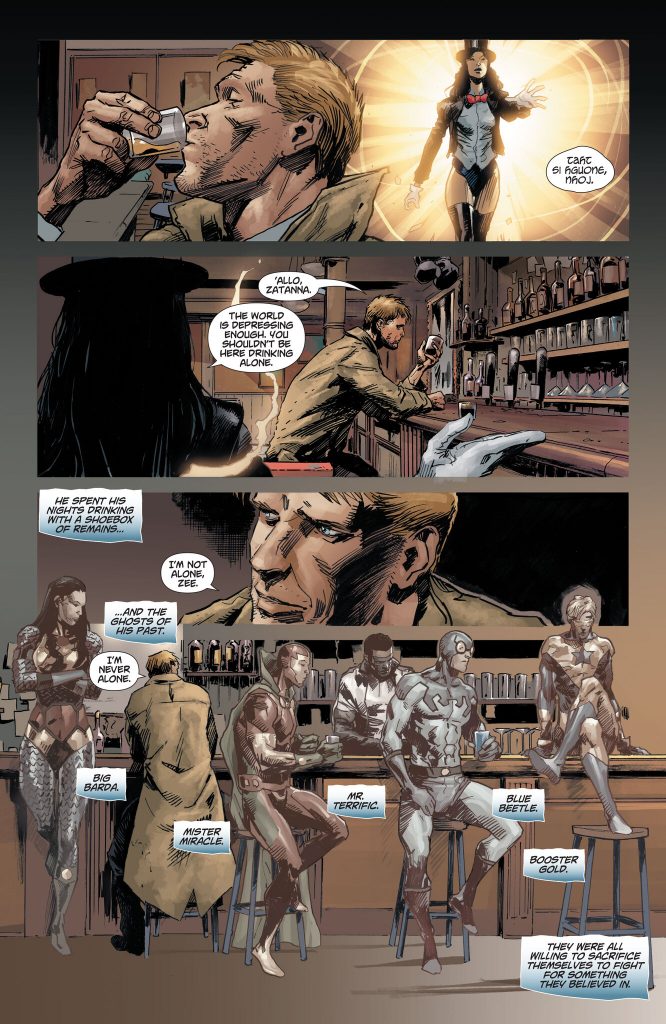 Taylor gave us the story, peppered it with some prequels and now takes us to the sequel.  He’s on fire lately with what he is turning out for DC.  Take pause and go back to refresh yourself as to how we got to Dead Planet.  Then read this issue!