The World’s Deadliest Mercenary, Deathstroke, finally nabs the headlining gig in his own animated movie. Following in the footsteps of Vixen: The Movie, Freedom Fighters: The Ray, and Constantine: City of Demons, Knights & Dragons is the latest flick from Arrowverse producers to begin as a web series before seeing wide release as a feature-length production.

But if you kept up with the web series following the exploits of Slade Wilson, don’t think for a second that you know the whole story. You see, this home video contains an additional fifty minutes of content that was previously unreleased. That said, this is undoubtedly the best way to experience Deathstroke: Knights & Dragons for yourself.

As for the plot itself, here’s how WB describes it in their official synopsis: “Mercenary and master assassin Slade Wilson leads two lives: one as the relentless killer known as Deathstroke, and the other as a dedicated family man. When these worlds collide, forced together by the vicious terror group known as H.I.V.E., it is the killer in Slade who must fight to save his loved ones, as well as what remains of himself. With his soul torn apart and his young son held captive, Deathstroke will have to atone for the sins of his past to fuel the battles of his future!”

Right now, you’re probably wondering when I’m going to address whether this fits into the Arrowverse. Well, it doesn’t. Whereas Vixen: The Movie achieved that rather well and Freedom Fighters: The Ray failed to do so (probably because it was trying to align with an earlier draft of “Crisis on Earth-X”), Deathstroke: Knights & Dragons really is a standalone picture. And quite frankly, it benefits from doing so, because many of Slade’s supporting characters had been reinterpreted on Arrow, and the filmmakers would have no doubt been stumbling over unavoidable continuity errors.

In truth, I’m glad the creative minds did their own thing, as the end result really kicks ass. Make no mistake, this movie earns its R-rating. Though it’s not as violent as the recently released Mortal Kombat Legends: Scorpion’s Revenge, there are amputations abound and even a few F-bombs. Confining Deathstroke to the PG-13 realm really wouldn’t have been the way to go if the goal was to explore the character to his fullest potential.

And that’s what the narrative does: it gets to the core of Slade Wilson, showing him as the morally conflicted assassin we’ve seen more often than not in recent years. If you want to see him as a clear-cut villain, then revisit Teen Titans: The Judas Contract. Cool as that was, I very much dig the somewhat altruistic anti-hero depiction, which is really the only way you can write for him if he’s in the role of protagonist.

As you gleaned from the aforementioned synopsis, Slade’s family heavily factors into the plot. I won’t spoil how, as I fear I would give away too much. But since Jericho was hinted at, I will say the young lad tries to rival Arrow‘s William Clayton when it comes to frequently being kidnapped. 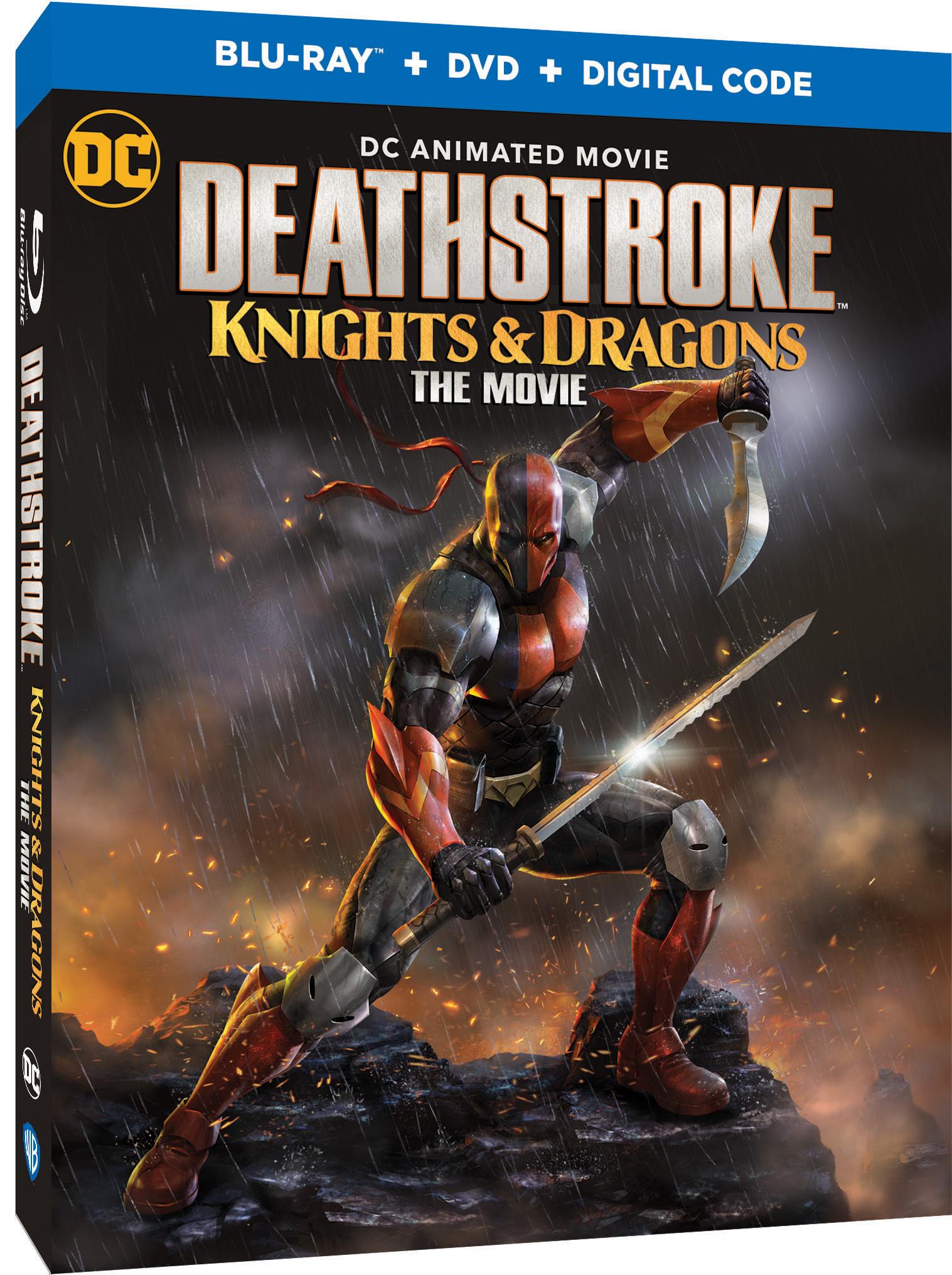 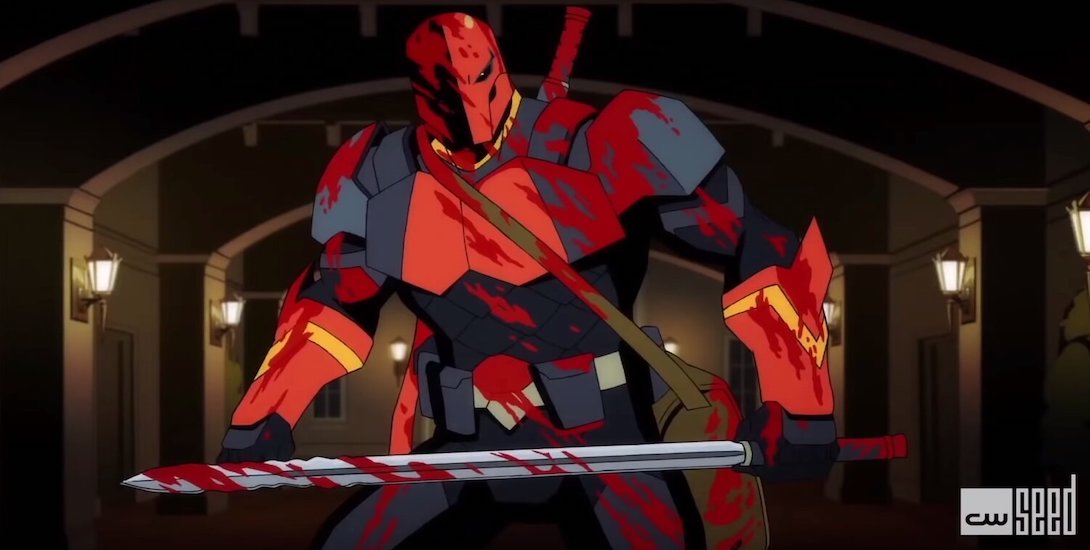 When this project was originally announced, I was kind of miffed that Manu Bennett hadn’t been brought in to voice Slade. But once you’re willing to throw connections with Arrow out the window, I think you’ll become more comfortable with Michael Chiklis in the role. He adheres to that cold and calculating character quality all throughout his performance, and I was never once taken out of my viewing experience. I honestly wouldn’t mind if he were to come back for a sequel.

There’s also something to be said about the visuals. Knights & Dragons possesses a certain quality unlike other DC animated movies, and I found that to be really rad. Once you see it in motion and take in the backgrounds, you’ll know what I’m talking about. The filmmakers also achieve an almost comic book-like quality at times, insofar that they excel at effectively telling a story without the aid of dialogue. Now, that may sound unremarkable in print, but this skill will become very apparent in the first third of the flick.

When it comes to the feature presentation itself, I feel there are no major cons to mention. Granted, it’s not a perfect, five-star affair, but it’s pretty solid nonetheless.

If there’s anything to call out, it’s that there isn’t much in the way of bonus content. The only featurette on hand is “Deathstroke: One Man Death Machine.” It’s pretty enjoyable, sure, but it should’ve been complemented by at least a couple bonus cartoons, or perhaps a key episode of Arrow featuring Manu Bennett’s iteration of the character.

Even if you were hoping for a clear-cut Arrowverse tie-in, you should most definitely check out Deathstroke: Knights & Dragons. And if you were a fan of comic book runs penned by the likes of Tony S. Daniel and Christopher Priest, then this is doubly recommended. I’m intrigued to see which DC character gets the Blue Ribbon treatment next, but I certainly wouldn’t mind seeing more of Mr. Slade Wilson.