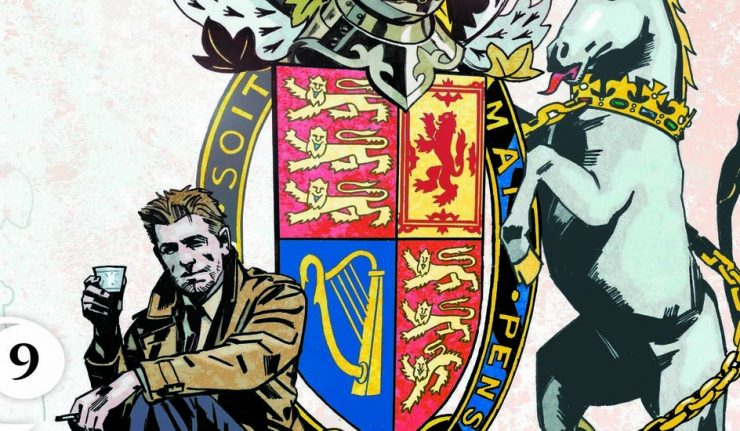 John Constantine: Hellblazer #9: When a British royal believes he’s received magical thoroughbred horse semen he’s sure his mare will win every race in the country. But when a Unicorn is born things don’t seem right. Only Constantine can sort this problem. If that’s the biggest problem to solve with the royal…

This is the series that everyone praises. It isn’t just DC Comics News that talks about how great this series is. As Spurrier himself said on his blog, “By any metric, up to and including the fanciest online review aggregate, which at time of writing considers our Hellblazer work to be the best-reviewed series presently on shelves.” Of course we must unfortunately consider why Spurrier said this.

As announced recently, this current run of John Constantine: Hellblazer will end with #12 later this year. In his blog post titled ‘Hellblazer: The End’ Si Spurrier details his experiences working at DC and his joy at writing what is one of the best Constantine runs ever written. Unsurprisingly, even though the script of this issue was penned months ago, issue nine arrives on store shelves this week to once again prove it is the best series currently available.

Spurrier’s commentary of contemporary British issues (and beyond) has covered so many aspects of life that it feels so natural that he turn his attention the British Royals. It’s hard to imagine people that don’t know about the current scandal with Prince Andrew but it would be fair to assume that scandal influenced this comic. While the unicorn is the focus of the issue, it’s what is going on in the background, what the royals (in this fictional story) are hiding that is the real point of the issue. This all comes together in the end for a painfully dark conclusion fitting of this series.

Matías Bergara is back on art duties and the book shines with his artwork. Along with Bellaire and Bidikar, this is a creative team that works in synergy with Spurrier’s script. It’s not hyperbole that this is one of the best comics out right now.

As is the case every month, there are no complaints. If one had a gun to their head and was forced to list a criticism, then in one page there’s an example of a panel layout that’s a little confusing to read. The text bubble falls under an inset panel but isn’t meant to be read after the inset. It’s a mild irritation in an otherwise perfect issue.

It goes without saying this is fantastic. This week we saw even Neil Gaiman himself retweet the #SaveHellblazer petition going around online. It’s hard not to feel for the creators when they make something so universally praised and still see it end. This is a phenomenal issue, highly worth reading. 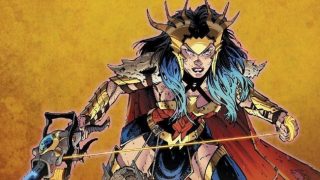 Scott Snyder and Greg Capullo Tease Their Next Comic Event!