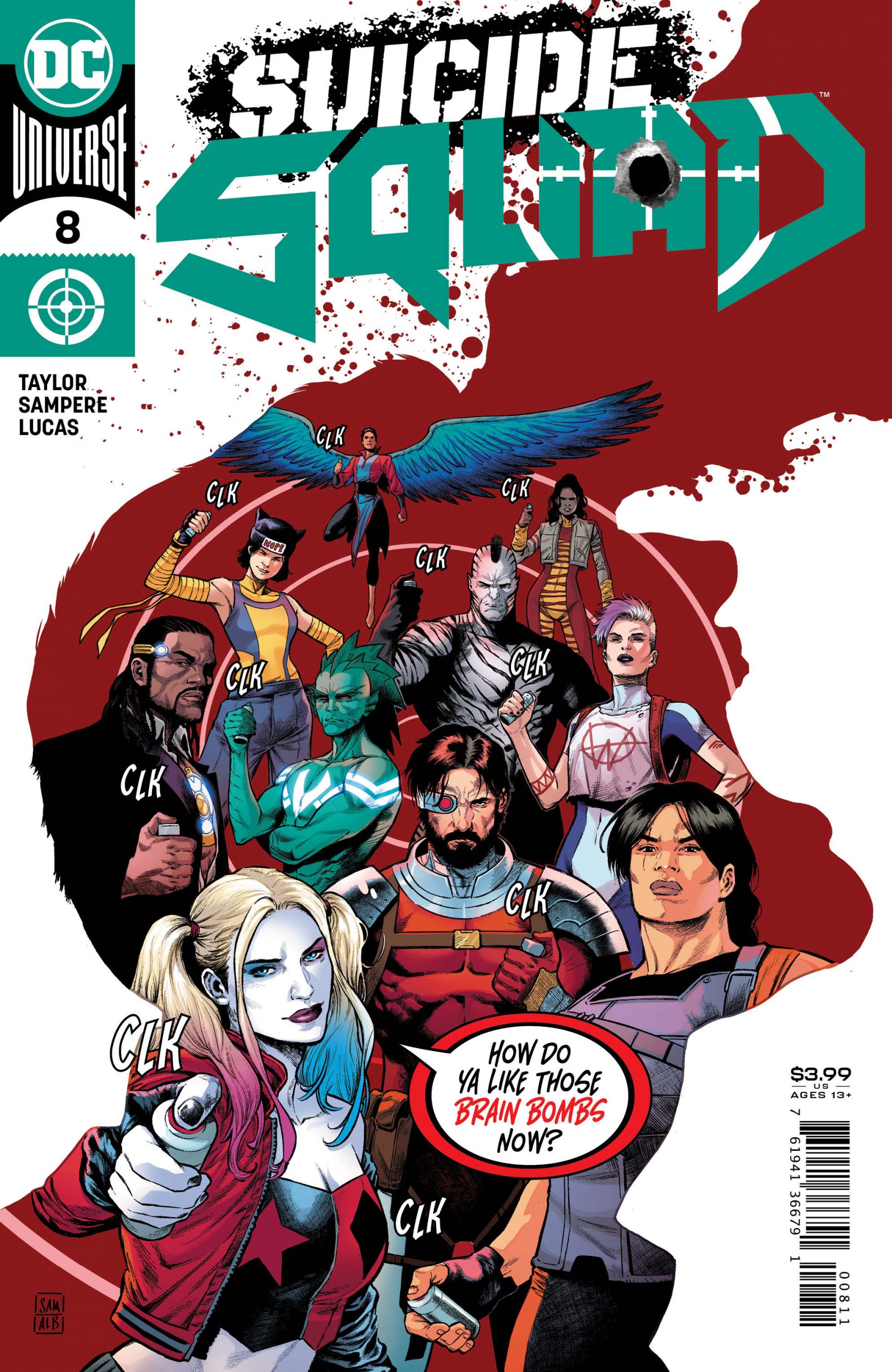 Task Force X is done running. They pulled the bombs out of their necks, they’ve identified their target, and they’re going on the hunt for the man who’s pulled their strings and killed their friends. And now the Squad is up against forces far more powerful than they ever could have imagined. Taking them on…could be suicide. 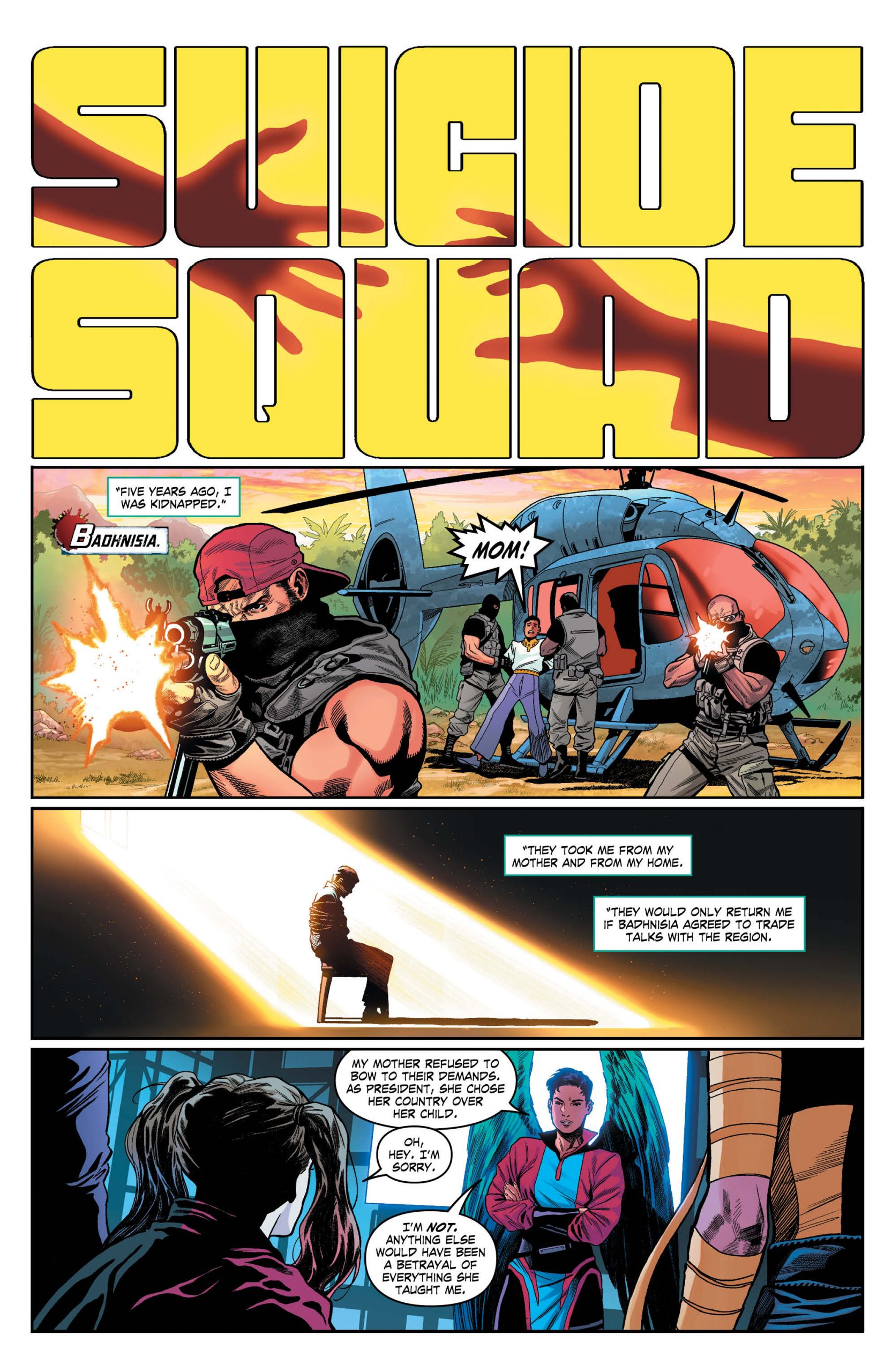 Suicide Squad #8 does something that the previous seven issues has not done; it has made me actually care about some of the new charcters. Not only do I finally care about the, but I care a lot. I really dig the back story of Wink and The Aerie. Sure, they have powers of X-Men, but they were science experiments, not born this way, so just pay no attention to that. The way Taylor makes us care not only about them individually, but them as a couple in just a few pages really shows what kind of writer he is. I also would like to doff my cap to him for the use of “they” as a pronoun without making a huge big deal out of it. It is mentioned, acknowledged and accepted. Good work there.

I think Sampere and Albarran really show off their skills in this issue as well because they focus on new characters. Yes, Killer Croc, Waller and a few other old members of the Squad are in this book, they are not the focal point. I have not really loved the way Harley has been drawn in particular in this series, but here, where the canvas is blank, the work just jumps off the page. I think there is something special about bringing new characters to life. Their work is equally important to the way I feel about Wink and The Aerie. There is an emotional resonance that comes through in the way they look at each other and it makes the issue stronger because of it. 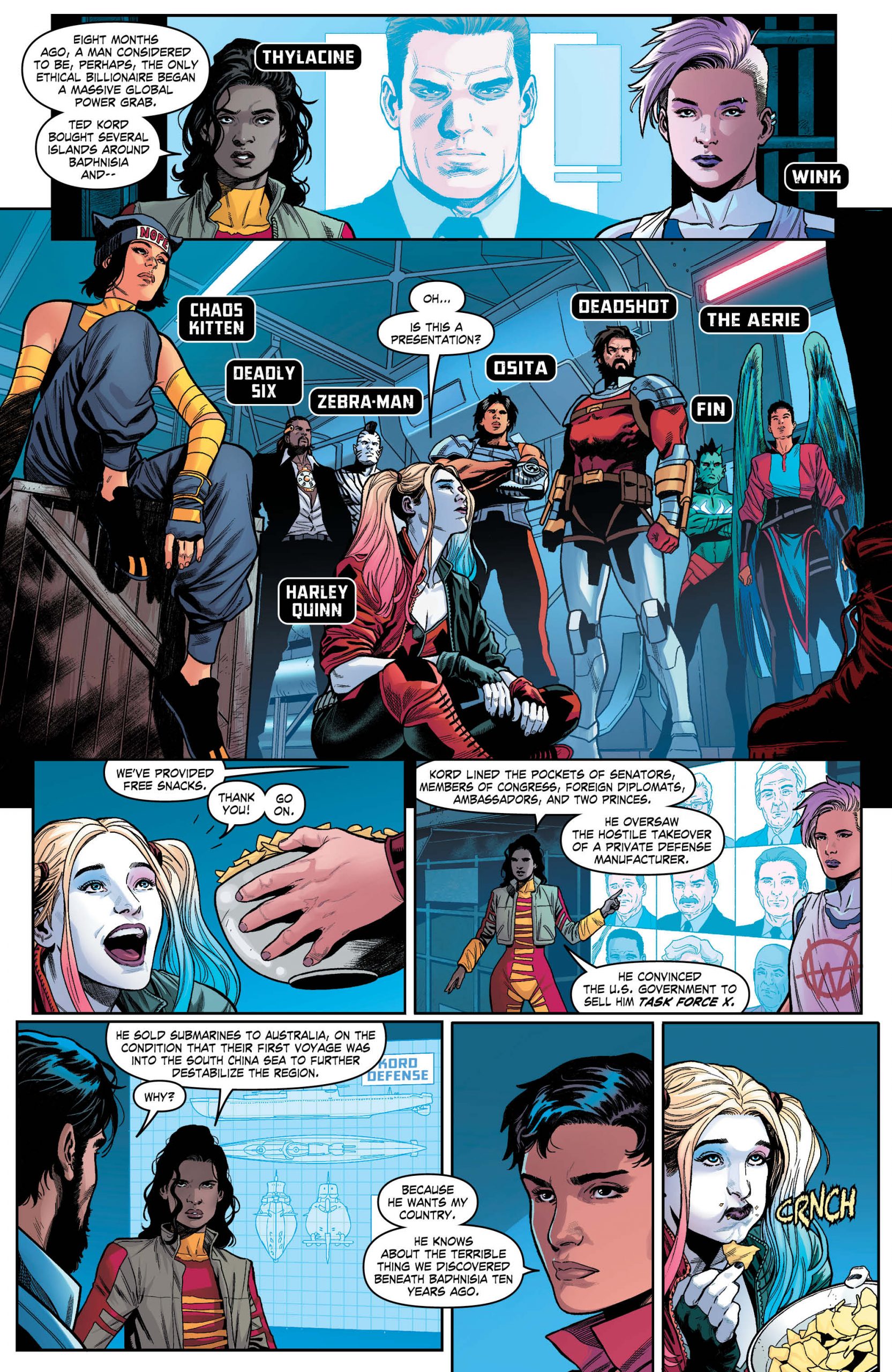 The biggest problem with Suicide Squad #8 and Taylor’s run over all the whole Ted Kord is suddenly a bad guy. I just don’t buy it. I know that this issue tries to make it make sense, but it still does not. There are still just too many characters standing around.

This is actually the best issue to date of this new, and already cancelled series. Suicide Squad #8 has a lot to love. Taylor really has done some excellent character development here. This is what the series needed all along. It is too bad that now that it has turned a corner, it will be over in three more issues.