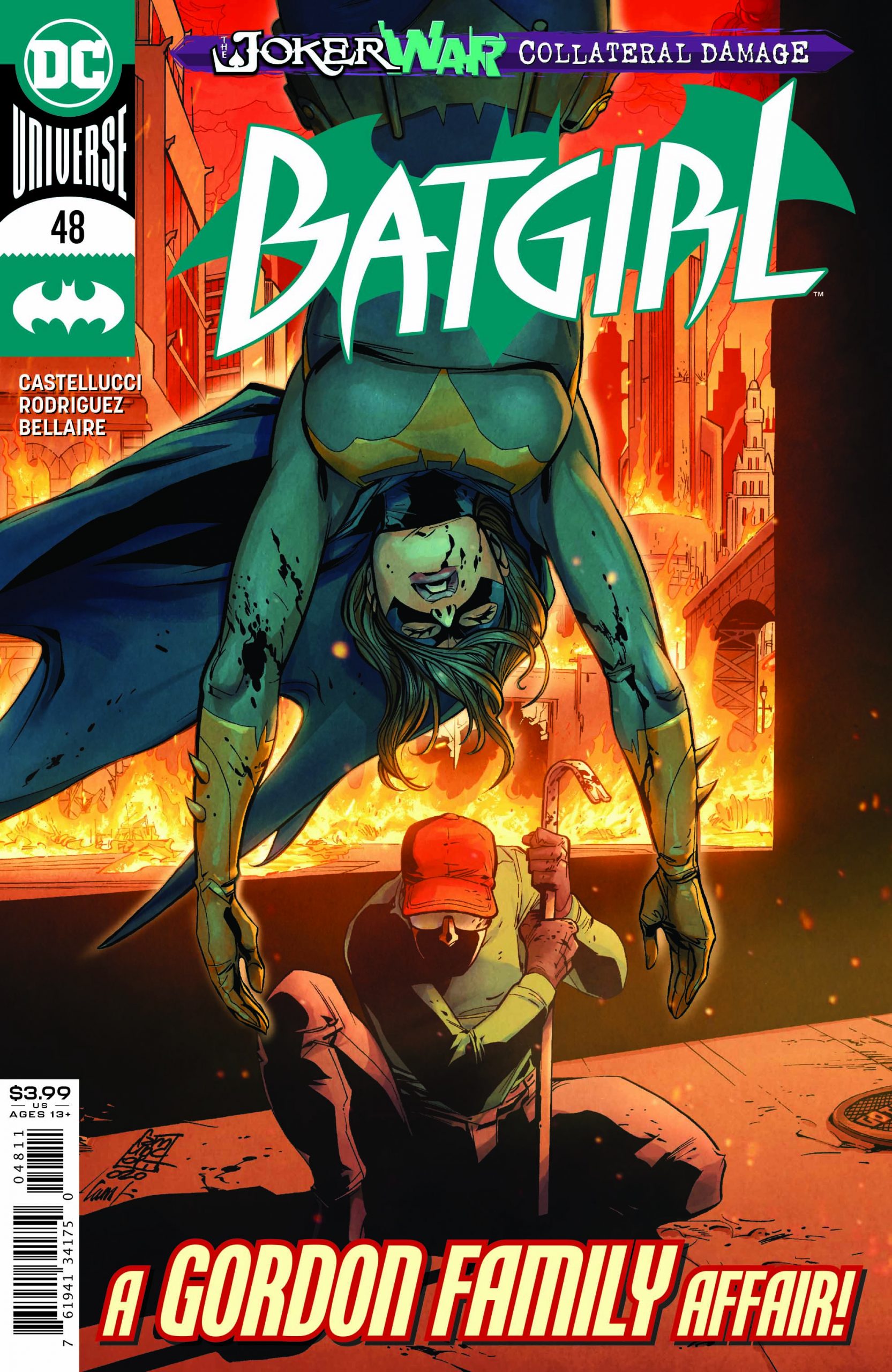 “The Last Joke” part one! Why is Barbara in the hospital and what is James Gordon Jr. doing here? After an encounter with the Joker leaves Barbara temporarily handicapped, Babs is determined to find the technology she needs, but her journey’s cut short when a redhead-serial killer is on the loose! Who’s the obsessive freak? And will Gordon Jr. prove to be the changed person he claims to be? 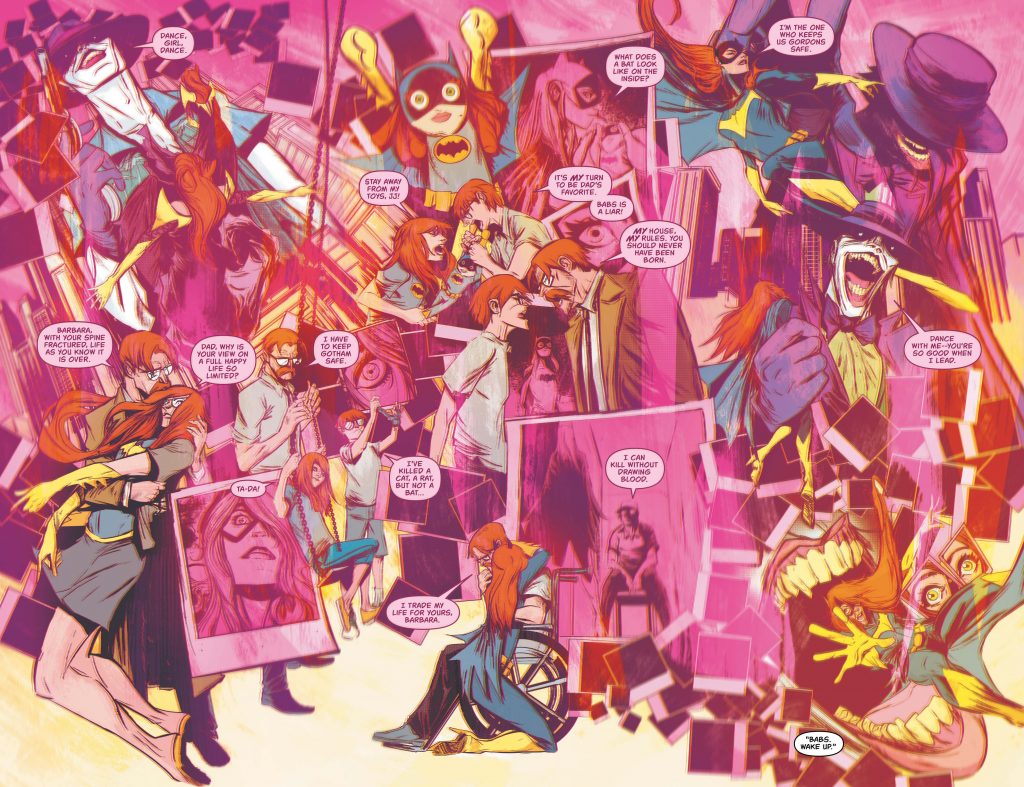 The cover by Giuseppe Camuncoli, Cam Smith and Jean-Francois Beaulieu is cool. There’s a creepy vibe to it that I enjoy. The background on fire is a nice touch.

I appreciate that the issue follows up on some of the Burnside material. It was cool to see Babs reconnect with Luke. The issue deals a lot with previous runs as James Gordon Jr. also returns. Considering this story is the end of the series, I appreciate that so much of the history is being dealt with.

I liked the James Gordon Jr. element. He seems to genuinely be in a better place and wants to be a part of his family. But the damage is already done; he inflicted too much harm on his father and sister. I like that reconciliation and redemption aren’t just gifted to him. There’s good drama in that.

I don’t love the art. Some of the colors are nice and I did enjoy the more stylized intro. But the main style of the book doesn’t work for me. I don’t like the look of the characters. 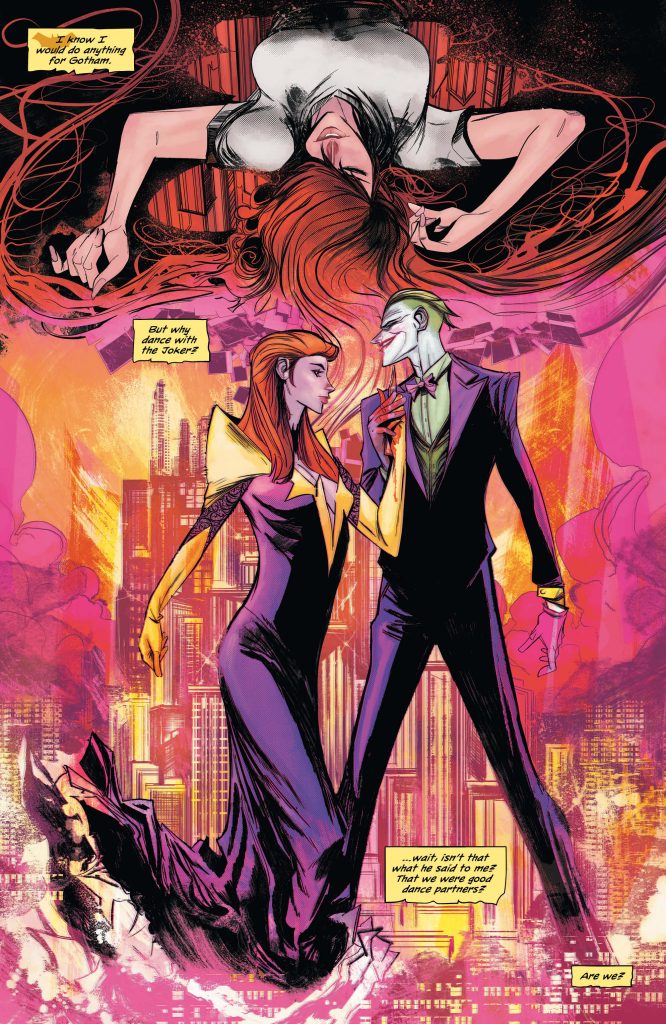 Like last issue, this one is still dealing with The Killing Joke. The dialogue centers on the idea that Killing Joke doesn’t define Babs. But by bringing all this stuff back up again, the story suggests that Killing Joke does define Barbara. Every writer feels the need to deal with it and get Barbara to move on. And I do get that; there’s something inspirational and cool about Barbara overcoming that event in her life. But if we want Babs to move on, we have to do it too and not replay this arc over and over.

This is a solid issue. I enjoyed the follow ups to previous stories involving Luke Fox and James Gordon Jr. Those were both interesting and engaging. But I don’t love the art and I’m a little tired of Killing Joke follow ups