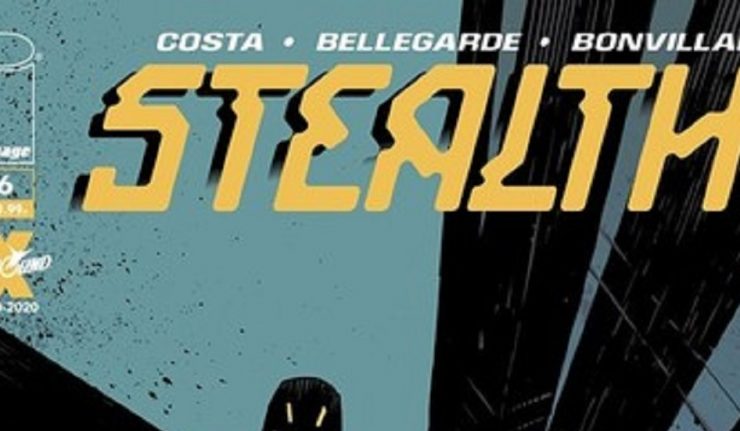 ” I have to find my Dad before this gets out of control!” – Tony Barber, Stealth’s son

For decades, Stealth has waged war on crime in Detroit, but now he’s taken his pursuit of justice too far. Only reporter Tony Barber knows that behind Stealth’s reckless behavior is an older man battling Alzheimer’s—his father. A father unwilling to accept that he’s no longer the hero this city needs…with enemies all too eager to force his retirement. Created by ROBERT KIRKMAN and MARC SILVESTRI, STEALTH is an action-packed series, perfect for readers who enjoy Black Panther and Iron Man. Detroit’s legendary super-powered vigilante Stealth has lost control, plunging the city into chaos. Stealth has lived long enough to be both hero and villain in Detroit. With the entire city on the verge of destroying itself, Stealth must take his legacy into his own hands..

The series culminates with this issue and sews everything up quite nicely.  However, the issue of time travel is dangled out there as author Mike Costa introduces Edward Gilbert – the person who is responsible for the suit. Costa produces a lot of political unpacking in how inner city life may work.  The dialogue between characters and the motivation of chaos so power brokers can take over and be the ones really in control take the forefront in this final issue. Again, Costa sews up the series, provides a jumping off point for possibly a passing of the Stealth mantle to Stealth’s son…Tony Barber. However, it is not likely as this series reads like the movie script it is, and this story was meant to be summed up in a six issue release.

Tamra Bonvillain and  Nate Bellegarde paint Detroit in both an accurate light but an optimistic light!  Their pencils on “Dead Hand” really provide more than meets the eye in regards to a “Two-Face” knock off.  They do a great job here.  The challenge is to provide script moments and cinematic landscape moments and they meet both!  Kudos to the entire team!

None in that we are moving along at quite the rapid pace in getting to know Deadhand as well as getting to know a bit more about the suit Stealth has.  It’s a darker Greatest American Hero with an Alzheimer twist, but it works! As this comic is slated to be a movie, I fear we are not going to get a Stealth continuation.  The comic industry needs more African-American heroes and Stealth was that.

Stealth took a hard look at the inner city, economic recovery, Alzheimer-affliction and motivation to do both good and evil.  You would be wise to either pick up all six issues or the trade paperback coming soon! 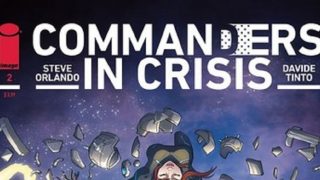 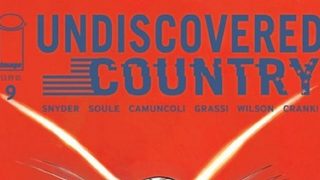