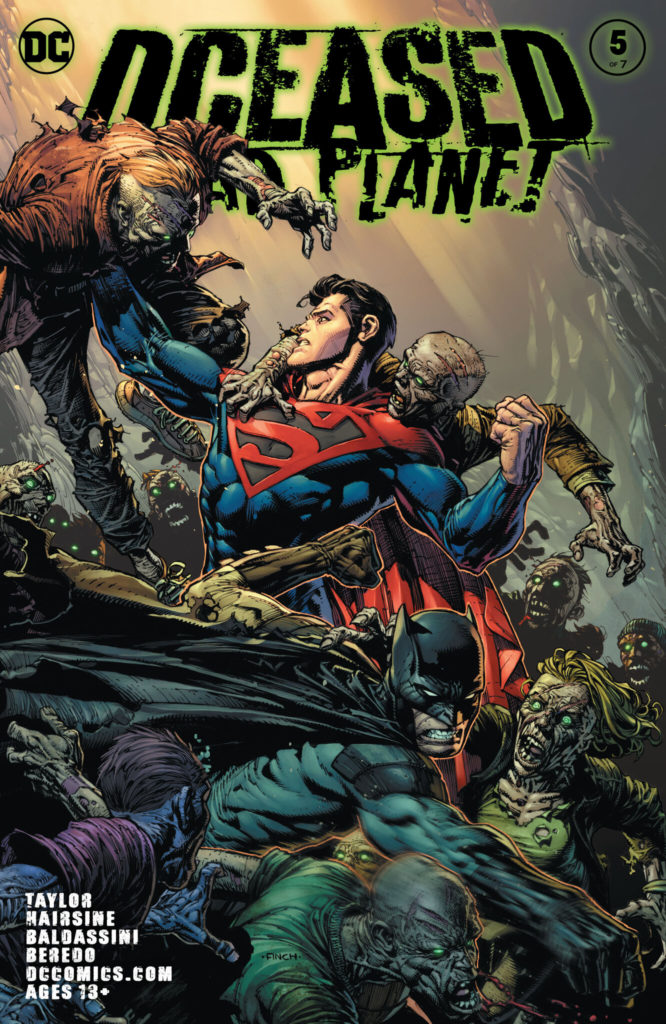 “Are you as good as your old man?” – John Constantine to Batman

With most of the Justice League off Earth, John Constantine and Batman lead a covert team on a mission so insane it could have only been hatched by the man they call Hellblazer! But time is running out to save the infected on Earth-because a fate worse than death is coming! 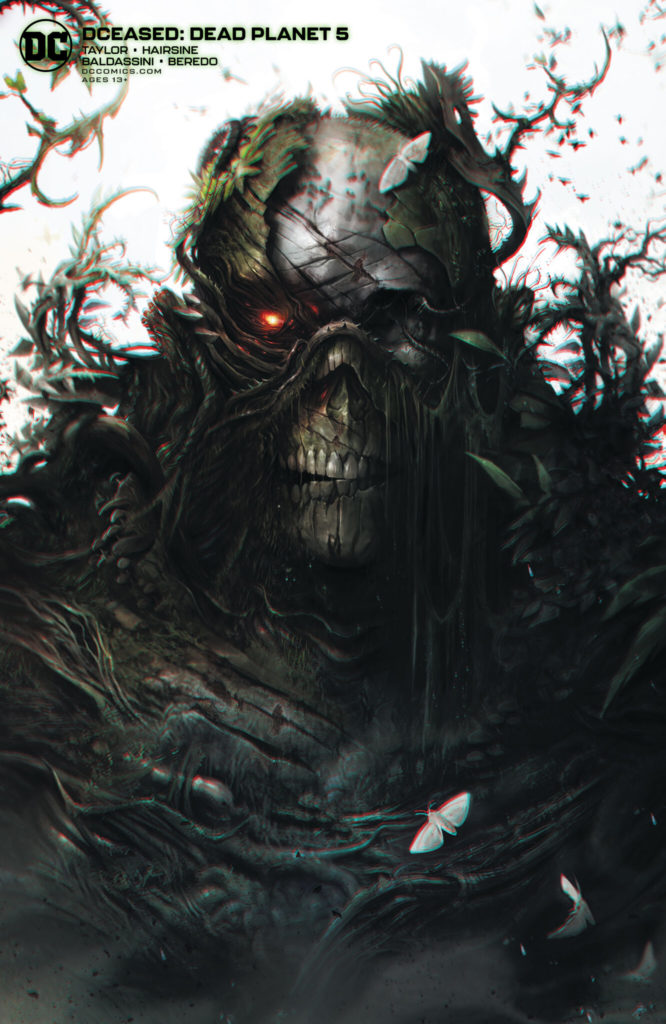 Tom Taylor wrote it and Saida Temofonte lettered the words!  If you miss it on the first page, you miss a critical piece.  Or perhaps, my world is jumbled in all of the Dark Metal and the various universes.  However, I think I just picked up a pivotal clue in that whatever is happening in Justice League and in Scott Snyder’s entire Dark Metal endeavors with Perpetua and The Batman Who Laughs ….this is all connected to Tom Taylor’s DCeased Planet as well.

It’s a simple frame in the first page of the comic, and it is a clue (Possible Spoiler….I’m sorry…not really).  John Constantine is pivotal in this issue and sometimes you need a guy that is really just an “a##&%^*” to save the day.

It’s a recipe of eclectic ingredients spanning from the teaming of Constantine, Swamp Thing, Deadman, Trigon, Dr. Fate, and a piece of Rag Man’s cloak.  If this is not a weird version of “Something Old, Something New, Something Borrowed and Something Blue”, then nothing is. 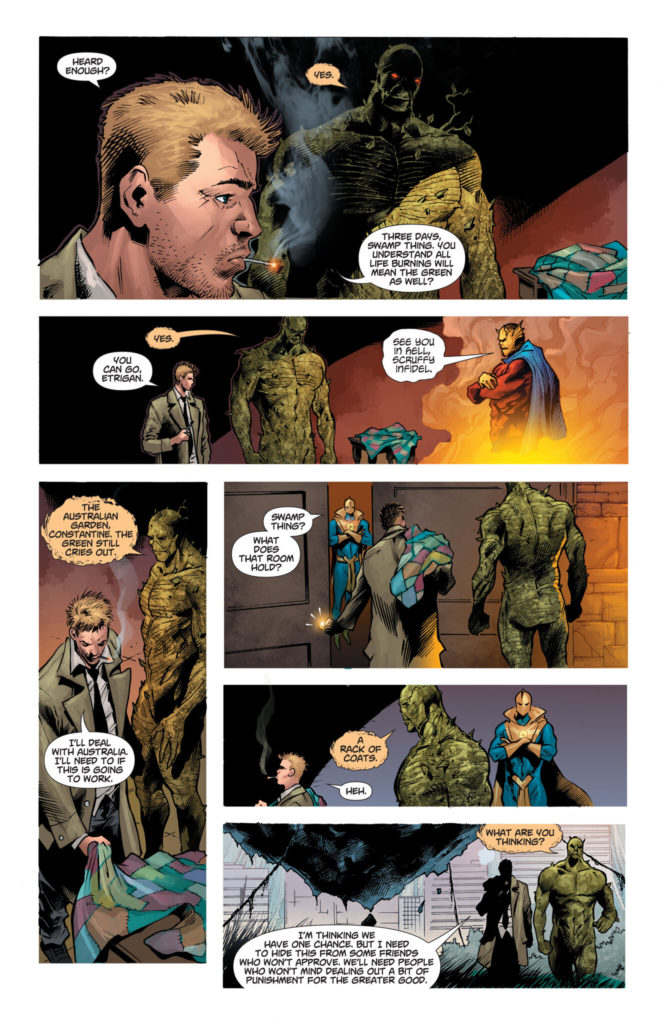 Sigh…in the midst of all this chaos we have love.  Rose Wilson and Red Hood…”Holy Romeo and Juliet!”  Shakespeare finds his way even into the DCeased Planet.

Cassandra Cain…outfitted in a Batwoman costume, but when she utters those famous words “Shazam!”, we get the ultimate fighting machine on this version of Earth.

This is like Tom Taylor took all of the DC action figures and dumped them all over his playroom and started from there in creating this story.  And boy does it work! 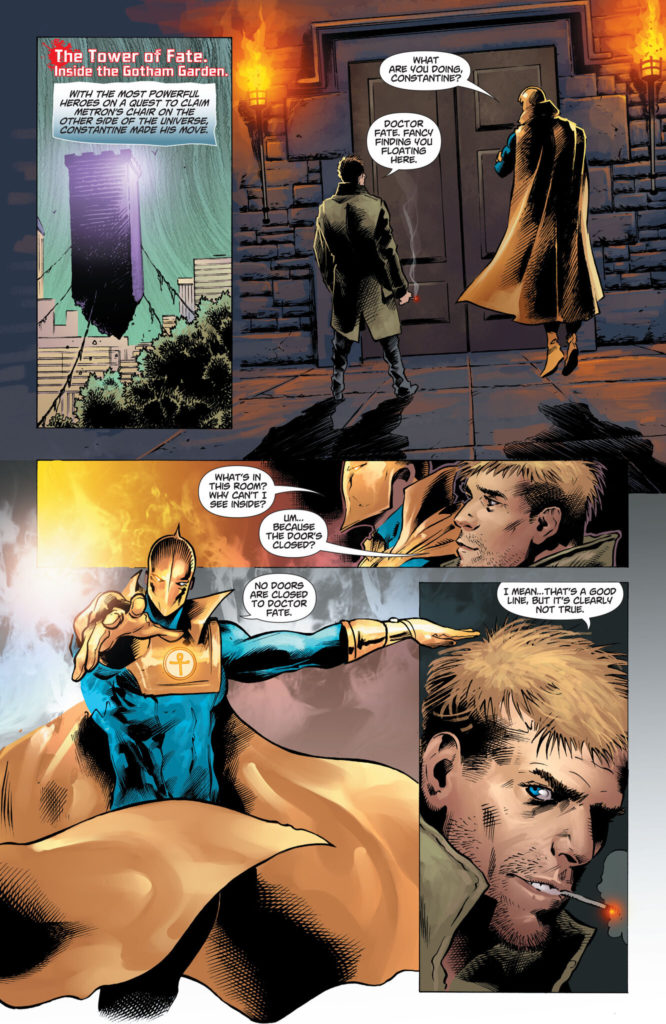 As we enter the holiday season (come on…you’ve seen the decorations already out so indulge me here), the only negative I can see in this is IF after Perpetua and The Batman Who Laughs are defeated, we don’t get to see some of these heroes enter into the mainstream of DC books.

And in my best Christopher Walken voice “We need more Ragman!”