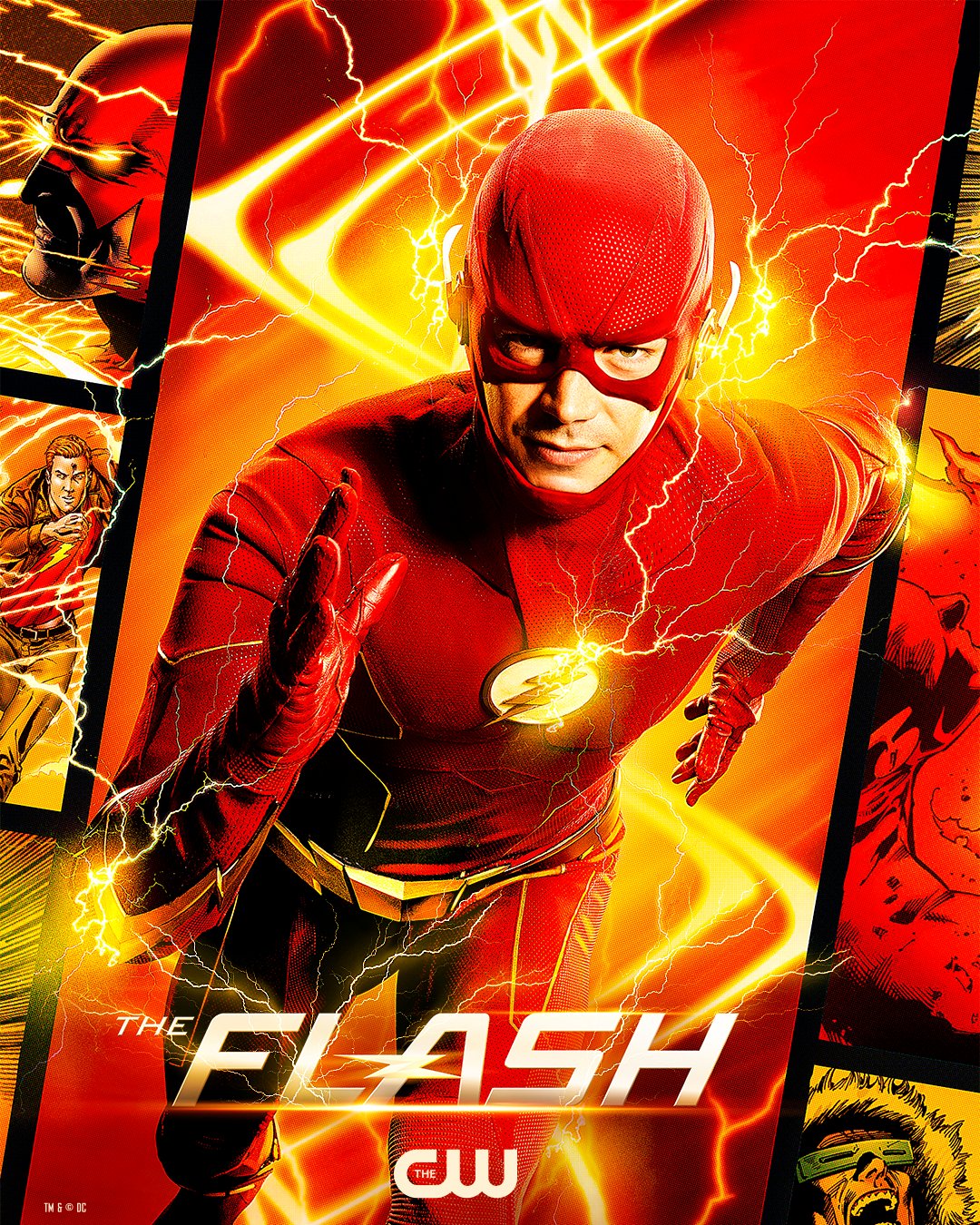 A new Force strands Chester and Cisco and an entire community in 1998 while wreaking havoc in the present; Iris makes a connection with The Speed Force while Barry remains in stasis.

As a Gen X-er, this episode hit on all the right nostalgic hilarious moments from 1998, but I’ll strive to be objective. That being said, let’s review what worked this week, focusing on the central theme of one’s past impacting one’s future. 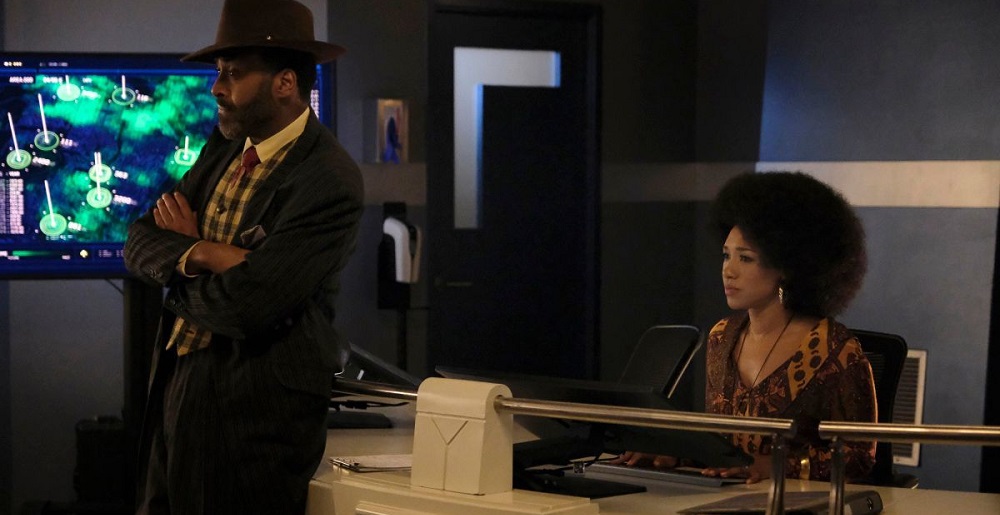 The writers were clever in making this a Barry-less episode as explaining why Cisco and Chester would be stranded in the past. He’s The Flash, and time travel is one of his abilities. It would be a no-brainer for Barry to speed back to 1998 to bring Chester and Cisco back to the present day, thus resolving the conflict. This story also examines Team Flash’s ability to function without their leader while he recharges in that stasis chamber.

That being said, they really brought back all the tropes from 1998 that everyone remembers: Baggy jeans, loud vests, grunge, Blockbuster Video, Space Jam!, Montell Jordan, even flip phones! And even the vehicles on the Masonville street were period for the time looped community. Carlos and Brandon really flexed their comedic muscles for this installment and they were on lock. And it’s amazing how these 30-something dudes can pass for teenagers. The temporal ripple effects that reach Central City also flexed the costume department’s nostalgic muscles; Danielle, Candice, and Jesse looked fantastic in their historical costumes. Loved Iris’s and Joe’s moment. 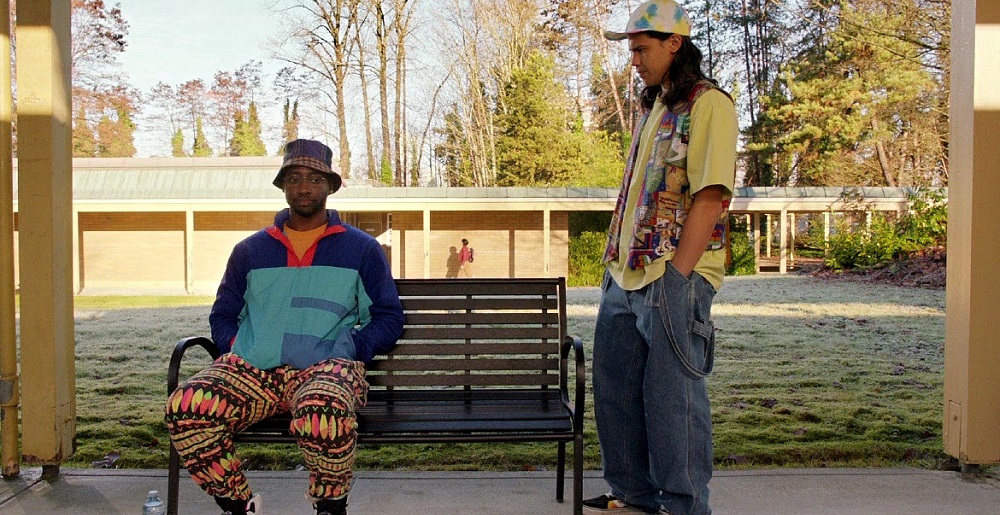 The episode also focused on Chester P. Runk’s personal history and even patterned his own dilemma to mirror the new antagonist, Deon. Up until now, Chester has been the rookie tech on the team, geeking out at the phenomena the team now considers routine. We haven’t really gotten to peel back the layers of Chester until now. It also makes his backstory almost mirror that of Barry and Cisco.

Almost by a weird twist of fate, he has been stranded in the same town he grew up in two days before his father dies. It’s when that fact is revealed that the laughs subside and his deep pathos is revealed. Tying their survival and his father together was seamless, and Brandon and Milton have great chemistry together as father and son. The sequence between him and his dad in his garage lab could have been awkward and, at its worst, could have tried too hard to be funny, but that wasn’t the case.

For the record, Chester handled the explanation for that awkward hug a lot better than Tony Stark in Avengers: Endgame. This heart-to-heart also made Chester review his past and his perception of his dad with fresh eyes, as he declared later. Embracing his dad helped him be the real hero of this episode in his confrontation with Deon. That final moment in the present day with Chester, unrolling his blueprints for the black hole device that introduced him to Team Flash back in season six. Although the impact of his father’s philosophy of resiliency stays with him, this could be leading him in a direction that benefits the Team or endangers it. Does this mean that we could see Chester become like his comic book counterpart? No pun intended, but time will tell. 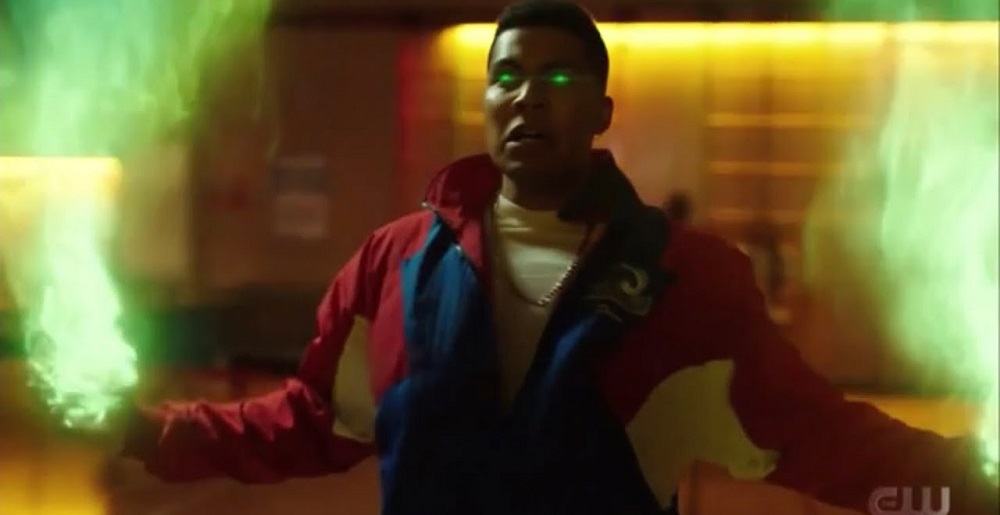 This new avatar of the Still Force is the exact opposite of Chester. One is looking forward, while the other is obsessed with the better days of the past, so much so that he’s content with holding everyone in that loop. Christian’s performance works in making him look and sound like a 90s teenager. As a master of time, his dated wardrobe a 90s track suit makes the most sense. There’s an appropriate edge to his voice beyond being a cliched bully. Like previous time villains like Thawne and Abracadabra, Deon is angry over his present day life and is focusing backwards. Even though Chester succeeds in using his example to convince Deon to end the time loop, the writing team are clever in having that moment steer him in ANOTHER wrong direction before vanishing. 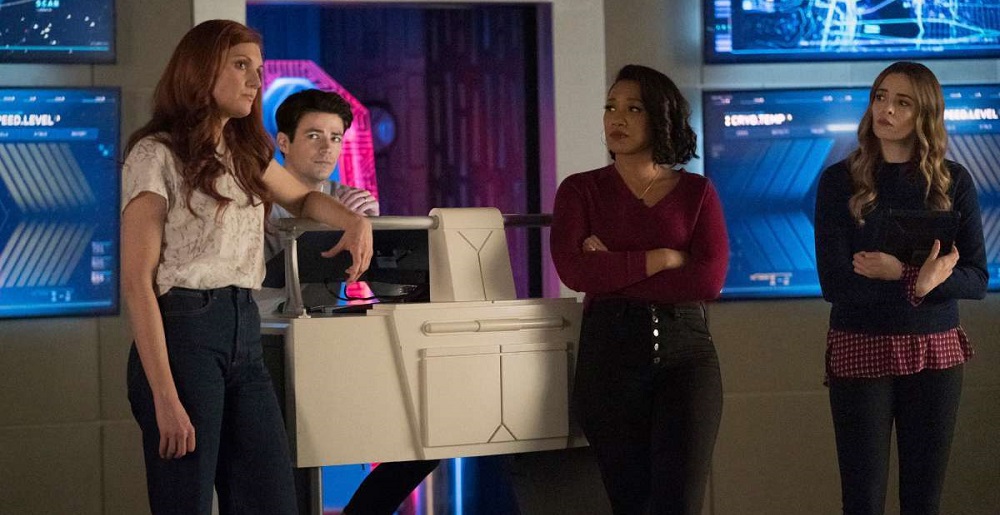 Michelle Harrison’s role on the show as the Speed Force seems to be expanded in this episode. In keeping with this episode’s theme, her visage as the deceased Nora Allen is Barry’s past to life. It’s an interesting challenge, I find, for Michelle to be portraying an energy source made flesh and trying to adapt as best she can. Her performance is of someone who is ethereal at times, yet still humanly flawed. Nora is trying to figure out where she fits in on Team Flash beyond being Barry’s power source. She and Candice have great chemistry together. Although she is not the real Nora Allen, Iris feels a genuine bond with her and treats her as her mother-in law to an extent, and is vital to resolving Nora’s crisis of conscience. The oncoming living arrangement that she establishes with Barry’s permission will be interesting to see. It’s also a refreshing change to have one of the original cast members from the pilot of The Flash being more of a presence. 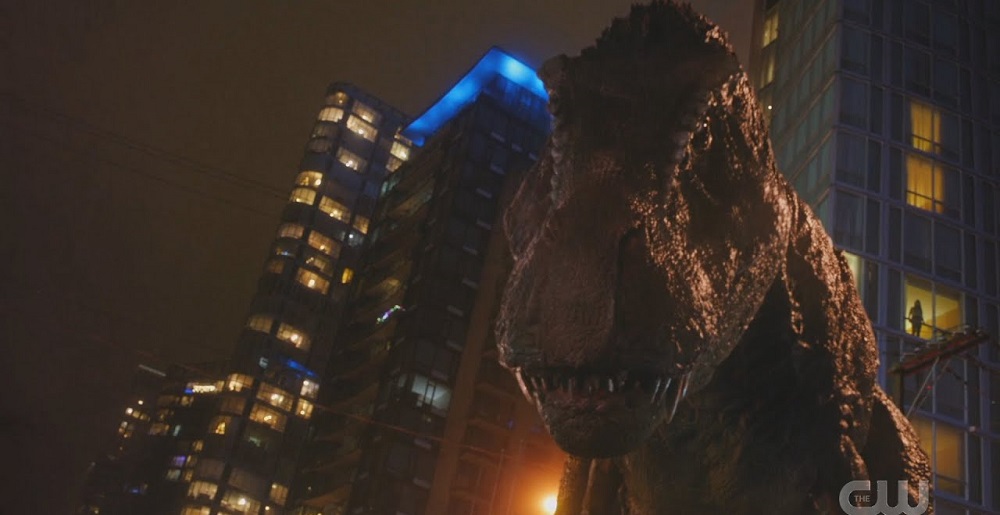 As with every positive there is a negative and it has much to do with the CGI creature effects. Sorry, but it’s time for the unbiased portion of the review that targets the misfires. The CGI T-Rex that appeared in the first few minutes looked authentic when staring at it from the front. But it’s when the figure starts to move and you see it in the full frame you notice where the VFX team fails. The texture seems too shiny and plastic and doesn’t really blend in that well with the environment. Not even the raptor looks believable. This is really a shame; they can believably depict a man moving faster than the speed of light, but this is the second hit and miss of the season after Fuerza’s design.

Also, the subplot of Caitlin and Frost disagreeing on decorating their apartment could have been reserved for another episode focusing on them. Although interesting, the Still Force in the comics IS like Turtle in that it involves the removal of entropy and interia, nothing to do with time travel. Whether or not Deon become the NEW Turtle to correct this deviation from the source material remains to be seen. And I wish someone would explain the significance of that cryogenic chamber; why would The Fastest Man Alive need to go Winter Soldier with the stasis? 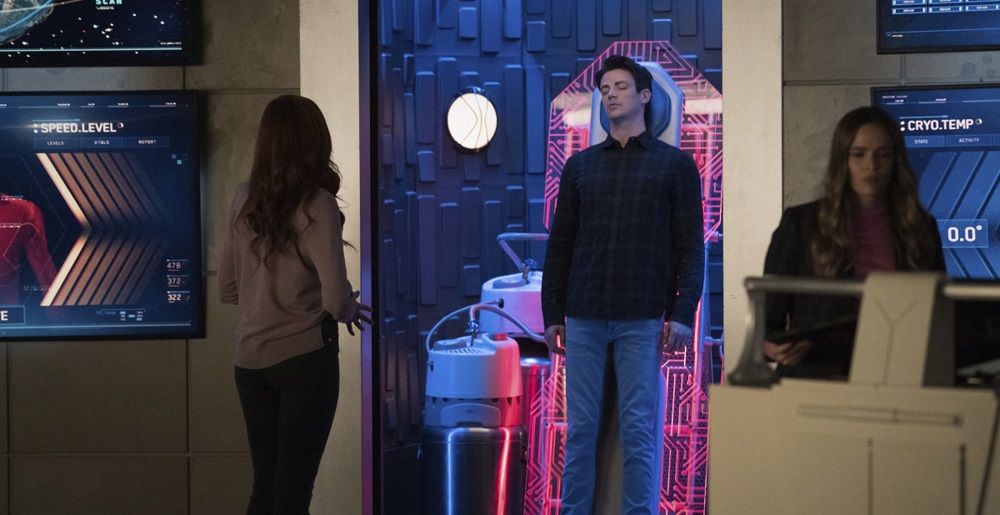 What could have been a nonsense filler turned out to be a key episode for Chester and The Speed Force. A new Force is revealed, a key Team Flash member is empowered by making peace with his past, and Barry and Iris have a new guest. Thankfully the lousy T-Rex and Velociraptor didn’t bring down the quality that much. That being said, this week’s review seemed easy for me because this was MY era. I lived all of this the first time when Cisco was still seven.