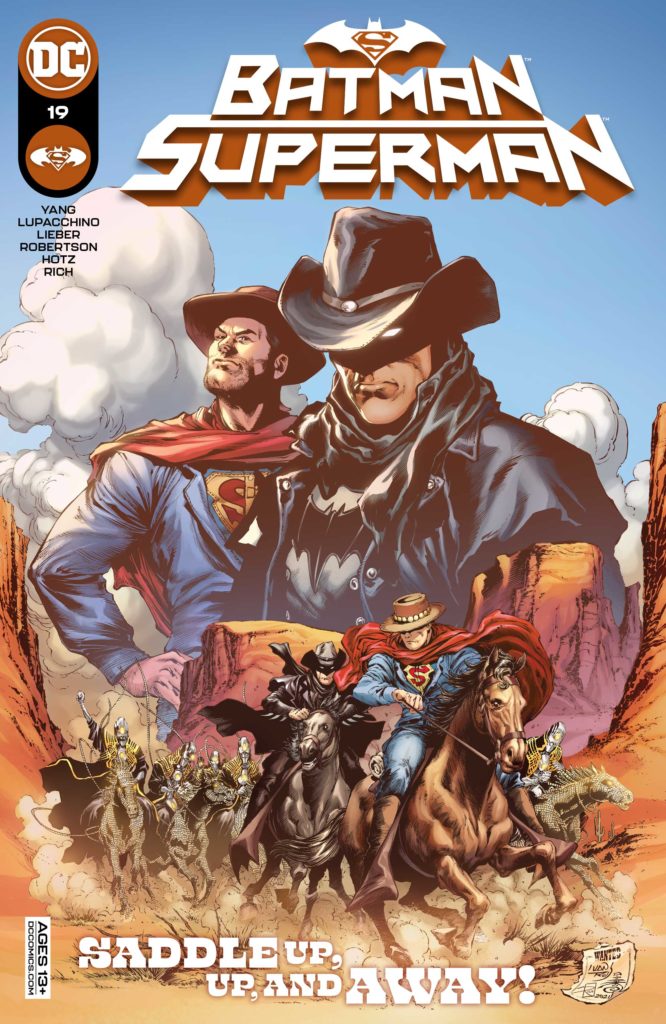 “Can’t you two appreciate what I am trying to achieve?” – Auteur.io

Batman/Superman #19 – To thwart the apocalypse cascading across multiple realities, Batman and Superman must join forces with their counterparts and sojourn to strange lands!

The World of the Knight and the World of Tomorrow are not the only two creations crafted by the sinister Auteur.io – and this nefarious cybernetic despot is hell-bent on at last crafting his own twisted notion of utopia.

Join a list of all-star artists as we tour through the ARCHIVE OF WORLDS! 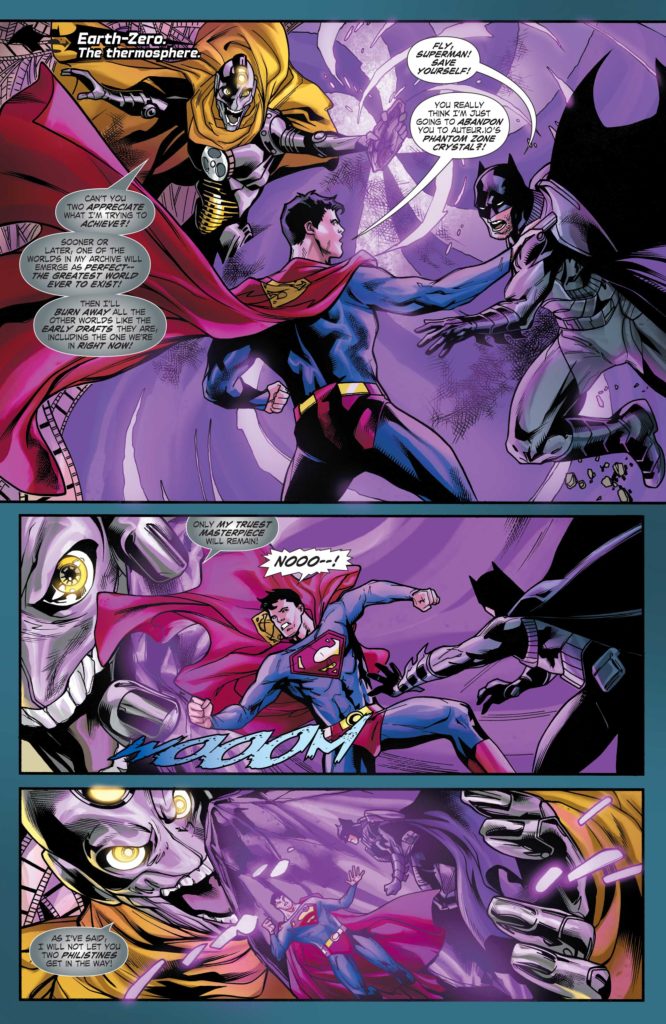 That being said, this story is starting to be a bit campy as it revisits 1966 Batman dialogue as well has elements of The Batman Who Laughs/Multiverse.  Sure…we all enjoy a good visit to the alternate universes, but a lot of this story probably should now end up on the editing room floor (pun intended).

However, I do like the persona of Dr. Atom for Lex Luthor.  If that can be salvaged in anyway for the true timeline,  some good is coming out of this story.  As well as the “burn holes” that allow heroes to transport themselves into other worlds/films.  Call it a “boom tube” of old.  Sometimes these stories have Easter Egg terms that can be used for the future! 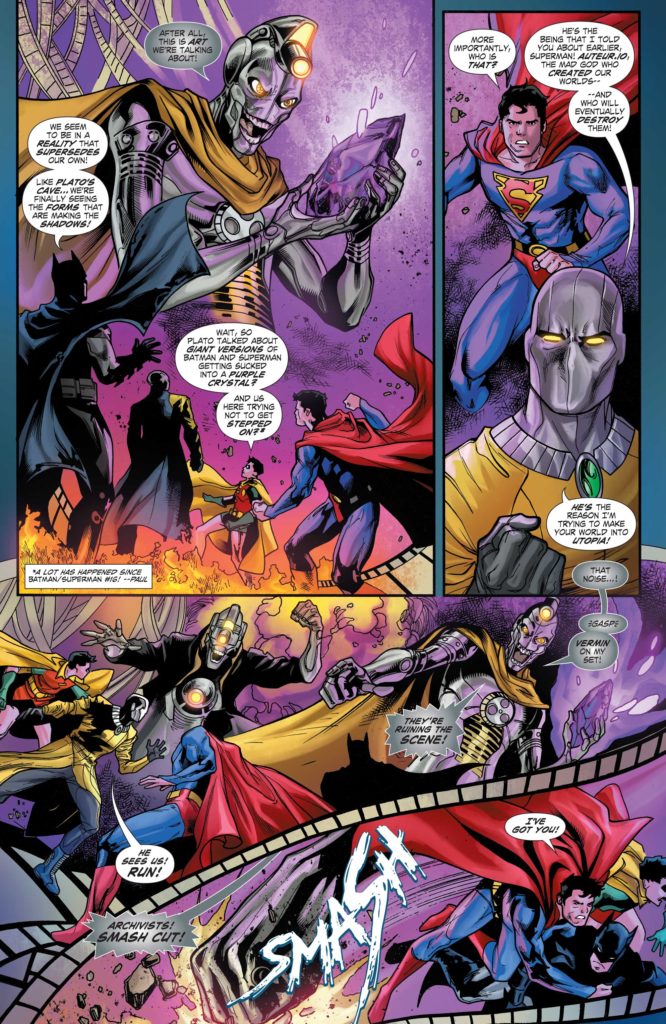 As Robin says “The hats are pretty cool!”  The costuming/art for the El Diablo portion of the comic is one of the coolest moves yet for this comic.  While admittedly, I was getting a bit tired of what appeared to be a bit of rehash as it is easy to go down that road, inserting our World’s Finest into a western story with some “cool hats” was a stroke of genius.

Pair that with a Phantom Zone crystal quest, and you have quite the story! 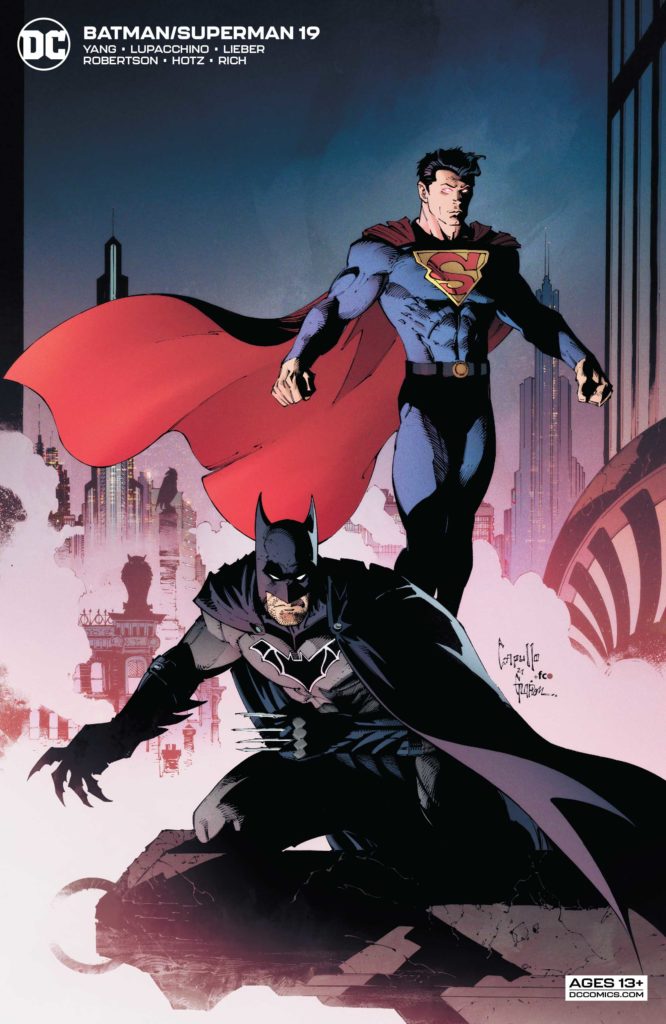 Again, I was afraid it was taking on too much as a Batman Who Laughs copy cat. However,if DC would treat it properly, there are elements of this story that could be used in the more serious timeline.  Enjoy it for what it is…a light-hearted throwback at times with some memories of what could have been had certain pivot points in DC history had developed! 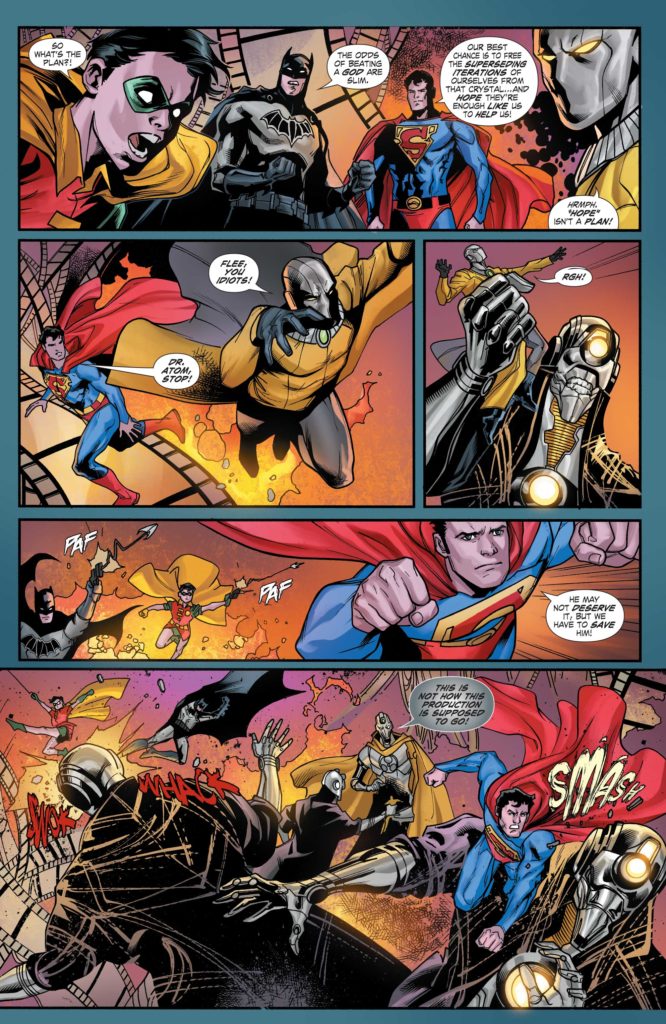 Batman/Superman #19- It’s hard to find a fresh take on the World’s Finest, but this story arc has done just that.  Here’s hoping the comic is playing the long ball with this story line as it has the potential to be DC altering!