Superheroes are our modern mythology, and in no character is that more evident than Wonder Woman. Her image is iconic, her stories have served as inspiration for generations of fans, and her foundation in classic Greek mythology gives her an ancient feel – as though she’s been around much longer than we’ve known of her. Wonder Woman, Themyscira, and The Amazons have rocketed into 2021 at the top of their game. DC’s ever-expanding Wonder Woman mythos has given rise to new epics, and voices to old characters who are long overdue a share the Amazonian’s spotlight. 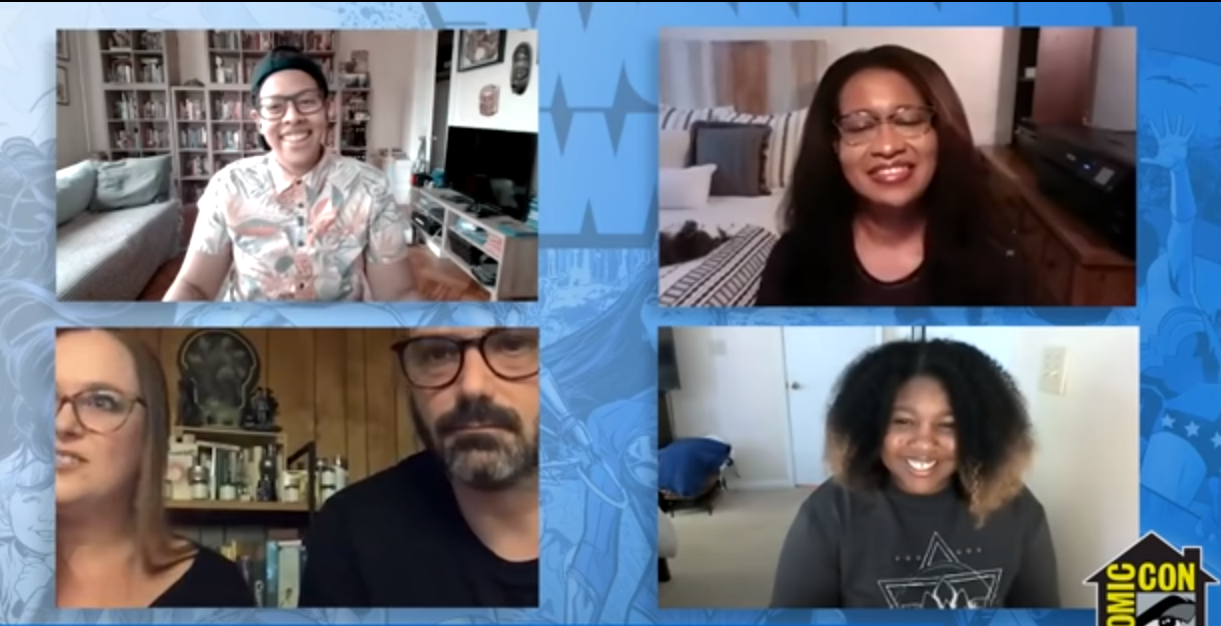 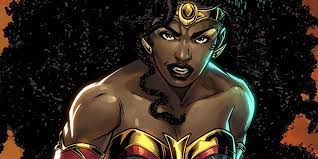 Becky Cloonan and Michael Conrad are in an interesting place with Diana. After the close of Death Metal, Wonder Woman is trying to get back where she belongs, and in classic Greek myth style, this means an odyssey through the afterlife – and through an array of different ‘worlds beyond’ from various mythologies. “We’ve been surprised a lot by the things we’re learning about Diana and the things that she’s done, so that’s always fun,” Cloonan said. “It makes it a good place for readers to jump on if you aren’t super familiar with Diana and her mythos. For elements of this story she’s been kind of relearning who she is and it’s gonna be really exciting when she becomes fully realized again,” Conrad added. According to Conrad, Wonder Woman has a “new status quo that’s very much based on the 80 years of lineage and storytelling that came before us.”

We also learned a little more about what to expect in upcoming Wonder Woman books. The team stated that Wonder Woman will be gone (in her afterlife journey) until her birthday and will be reborn into our world at that point. Even so, Diana may not be reborn into the world she expects. Since her departure, Yara Flor has arrived on the scene, Hippolyta has joined the Justice League, and Nubia has stepped up as the Queen of the Amazons. Cloonan and Conrad stated that they’re not sure Diana will get the welcome home she’s imagined.

Fortunately, Diana may catch a break in the romance department. Having met Diana in Asgard, her new love interest, the Norse hero Siegfried, will continue to make appearances in future books. Though his longevity may not have been originally planned, the creators were surprised by how quickly fans took to Siegfried, who some sites refer to as a “Norse heartthrob.” “We weren’t expecting Travis to create this being, this entity that everyone universally feels like drawn to. –We have so much to say about this character and so much to explore within him that yeah, it will be super easy to explore the character a lot more,” said Conrad. The team also stressed how much research went into creating their Siegfried. His Persian ancestry was drawn from historical documentation suggesting that the character Siegfried was based on may have had a Persian background. Records of trade routes and mythologies from long ago strengthened this idea, which seemed like an interesting angle for the creators to explore. “He’s not just a pretty face,” concluded Conrad “there’s a lot to his character.”

Vita Ayala, Alitha Martinez, and Stephanie Williams were just as excited to talk about Nubia & The Amazons, the character’s first fully solo title since her first appearance in 1973. Nubia has a large and eager fanbase, but very little concrete history or development. Stephanie Williams said “When she has popped up, the couple of times that she has throughout her history and DC comics, which is decades, there hasn’t really been much there. For a character who has a fanbase that she does and little to no history, itself, speaks volumes about the character. It’s just a joy to be able to give her more backstory, more meat, and to really give not just Nubia but also her fans something to gravitate towards and hold onto.” Ayala echoed this sentiment, stating “I think it’s historic and it’s an honor to be able to be a part of it.”

It’s not Alitha Martinez’s first time working on Nubia. Notably, she not only drew Nubia for Future State but was also given the reins on the character’s redesign. Martinez describes herself as an “old workhorse” in the comic industry. “I’ve been here forever,” she said “Just having drawn a lot of things but always, never Superman or Wonder Woman, never getting anywhere near those two and feeling a little unworthy of those two. — And then suddenly Nubia came along.” She was impressed by the script and even more excited to learn she had been selected to work on the redesign. The enthusiasm for this character is palpable, as Martinez, Ayala, and Williams all expressed their joy at having the opportunity to explore one of DC’s most iconic black characters. “I expect great things for this character. I expect power from this character, I expect beauty from this character, and then she’s surrounded by all the brilliant sisters? Oh, I’m here.” 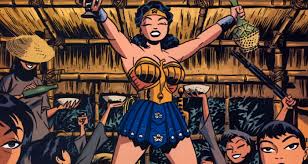 The panelists were also asked about their favorite Wonder Woman memories in celebration of Wonder Woman’s 80th anniversary. As one would expect when discussing a character with such an extensive history, their favorite Wonder Woman moments varied. Conrad is personally a fan of the Wonder Woman presented in Darwyn Cooke’s New Frontier (2004), while Ayala fondly reminisced about skipping high school to watch reruns of Linda Carter’s Wonder Woman on the Sci-Fi channel. Cloonan mentioned a number of creators’ work on Wonder Woman that stood out to her including George Perez, Cliff Chiang, Gail Simone, and Darwin Cooke. For Stephanie Williams, the Justice League and Justice League: Unlimited animated shows brought Diana to the forefront, specifically in the episodes “Maid of Honor Part 1” and “Maid of Honor Part 2.” Finally, Alitha mentioned the stunning impact of 2017’s Wonder Woman starring Gal Godot, and how fabulous it was to see little girls absorbing a message of strength and empowerment.

If this panel is any indication, Wonder Woman, Nubia, and all of the heroes of Themyscira are in enthusiastically capable hands. To echo Alitha Martinez, we can absolutely expect great things from these characters and their dedicated creative teams.