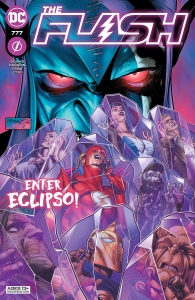 The Flash #777 picks up from last issue with Wally on Gemworld to help Amethyst and the Justice League Dark against Eclipso. Jeremy Adams’ main narrative is excellent as always, but his subplot featuring Irey and Jai is what really caught my attention this issue.

This part of the story comes from Jai’s viewpoint, with the narration coming from his “action log”. I like the idea that Jai is budding writer. So far, it appears that Irey takes after her father, having already taken the first steps towards becoming a superheroine. So, it’s great to see that Jai is similarly following in his mother’s footsteps as a journalist – and in his great aunt Iris’ footsteps as well.

Through this log, Jai introduces us to Irey’s new best friend, Maxine – who should be familiar to DC readers. When Irey asks to go to Maxine’s house, Linda refuses because it’s a school night, ‘besides, I haven’t even met your parents”. But Wally has. Well, he’s met her father, as they were in the Justice League Europe together.

Yes, Maxine Baker is the daughter of Budd Baker, a.k.a. Animal Man. And with given that the issue ends with Irey and Maxine sneaking off into the night, with an large ominous figure following them, I would guess that Buddy will very soon be making a guest appearance in these pages. 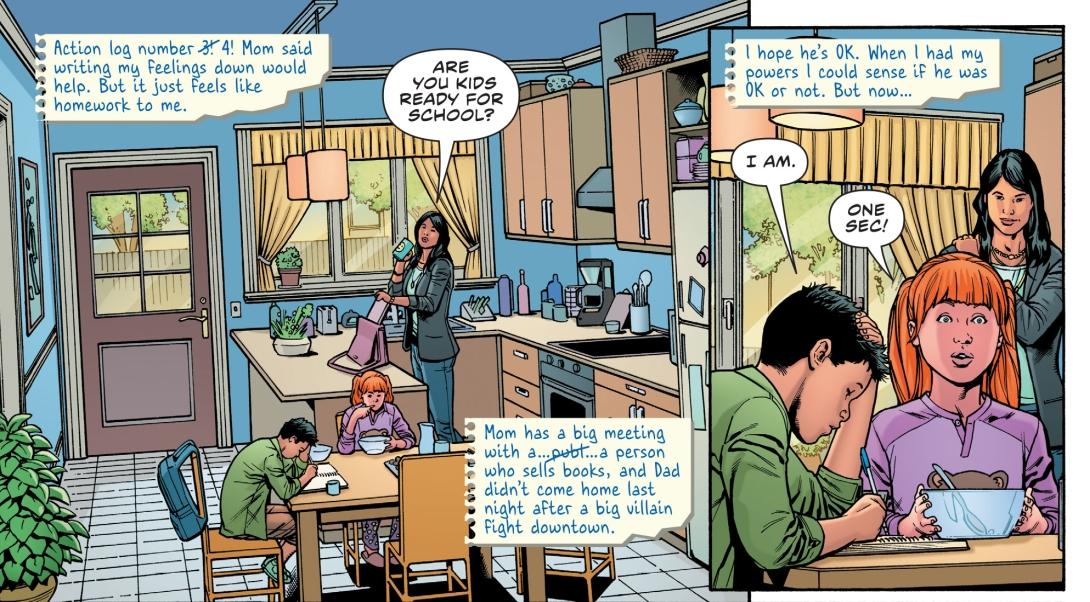 You might think the science-based Flash and a mystical team like the Justice League Dark would make for an odd team-up, but they actually make a pretty effective combination. Wally’s skill set beautifully complements the magical powers of the other heroes. And I love the exhange which proves this.

When Wally announces that he’s reasoned out Eclipso’s plan, this is met by derision. John Constantine quips, “Really? [‘ear] that team? Flash knows what Eclipso is up to, even though we, the most powerful magic users on Earth and other realms have exhausted every means at our disposal to try and find out. Please, Flashey… enlighten us”.

And Wally responds, “Well Connie, that’s because the answer isn’t magical. Man, I wish Barry could hear me now. It’s scientific”. A key plot point is that Eclipso’s plan relies on the scientific nature of Gemworld, rather than it’s obvious magical properties – which the JL Dark understandably was focusing their attention on. I also love Wally’s aside that notes how proud Barry would be to see his protégé making use of Barry’s lessons.

However, Wally doesn’t have any time to bask in the knowledge that he figured this out, as we see the League being possessed while he explains his theory. The visuals of this scene are carried out quite cleverly by Fernando Pasarin and Matt Ryan. You can see as the influence of Eclipso spreads from one teammate to the next as Wally speaks. Leaving Wally and Dark Opal as the only two unaffected.

The one truly unforgivable thing about The Flash #777 is that we are given two cliffhanger endings like this and now have to wait a whole month to see what happens next. How dare Jeremy Adams do this to us! But if he gives us the Animal Man guest appearance hinted at in this issue, all will be forgiven 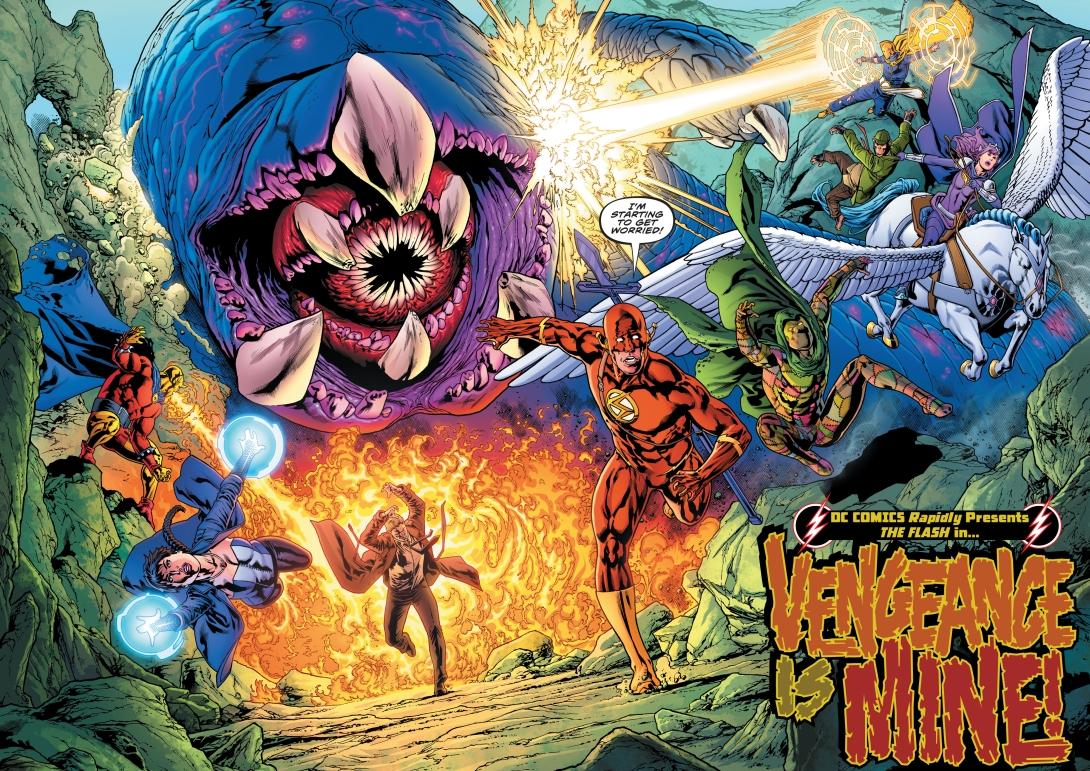 Damn, but this is a great book. The Flash has always been one of my favourite titles, but now I can confidently claim it as the favourite. Adams is not even a year in and already I would consider this one of the all-time classic comic runs. DC should be doing whatever they can to make sure he continues writing The Flash for as long as possible.