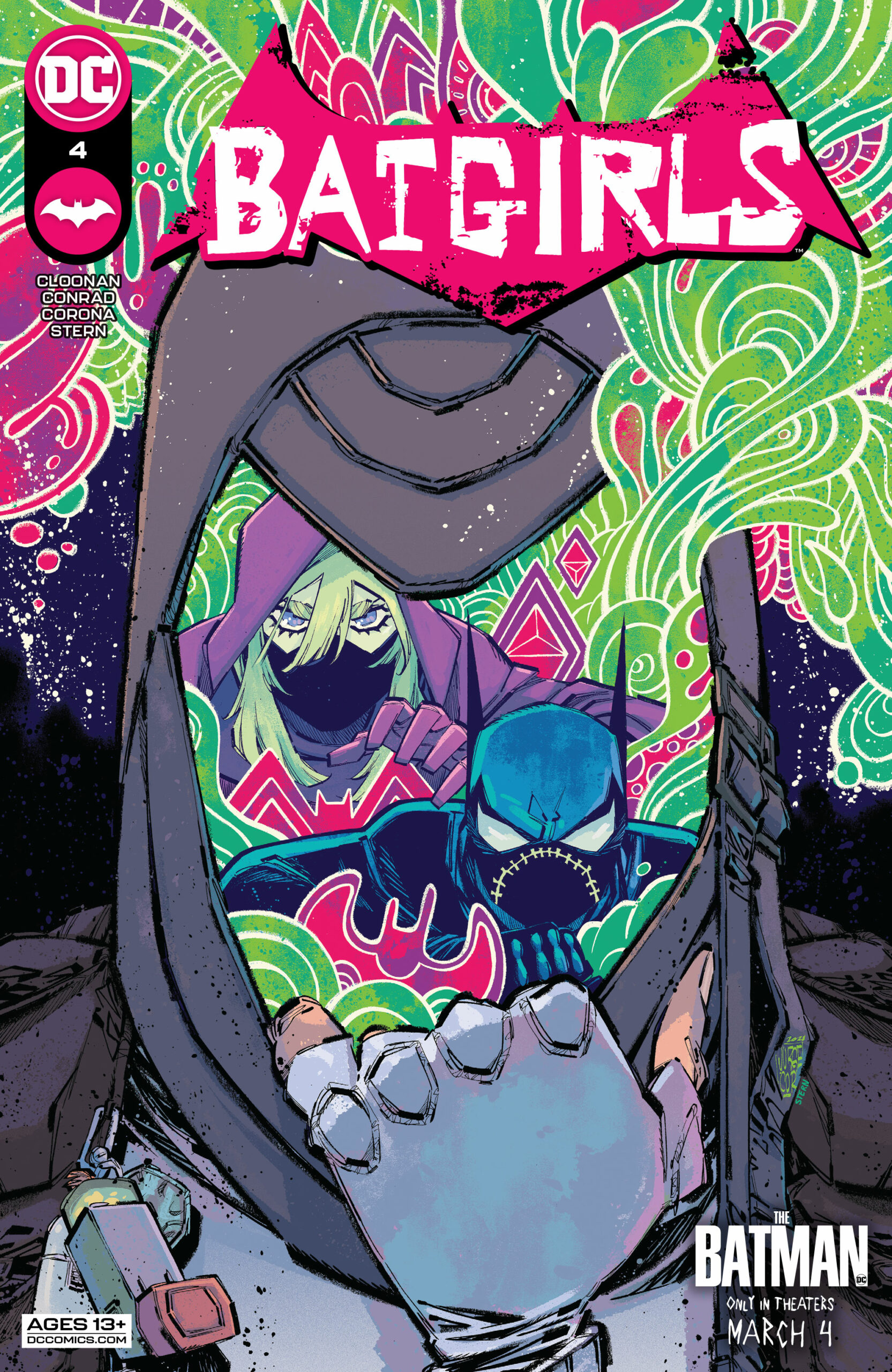 It’s “Operation: Teacher’s Pet” as the Batgirls take the fight directly to The Tutor!  Plus, what is Charles Dante’s role in all of this?

There’s always a balance in great comics.  Sure, we want to action and adventure, but there has to be that attention to character as well.  In the ’80s, The New Teen Titans and Legion of Super-Heroes were two of DC’s biggest comics each spawning a second title in the newly minted Baxter Format.  Batgirls #4 is a great example of this type of comic book storytelling. 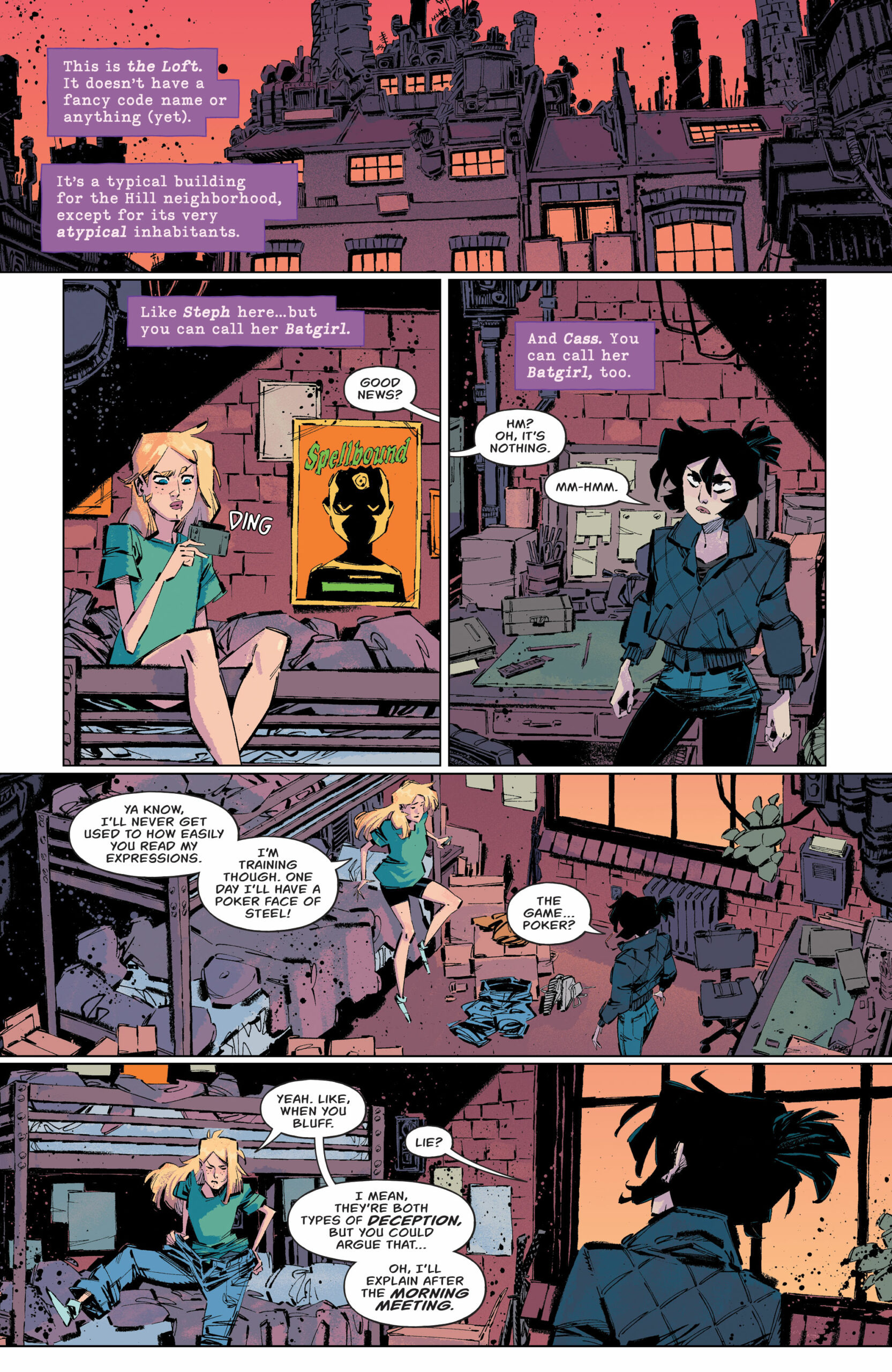 The issue opens with a back and forth between Cass and Steph.  It’s playful and humorous, but more importantly, this scene demonstrates how the two are similar and different.  While it’s not a competition, readers are probably identifying more with one or the other.  It’s a great thing when readers have different characters with which to identify but can also see others they know in the book.  This was one of the attributes of those ’80s titles.  Like those titles, Batgirls also seems ideally suited to younger readers because of this.  There’s a reason why books like this are big sellers- they connect with different types of people and provide a total package for the reader.  There are multiple plot threads that go along with action and character focus that add an additional type of complexity to the book.

Jorge Corona has a couple of really exciting moments.  The first one is a full-page shot of Cass and Steph descending from above.  It’s an interesting POV shot and the composition is dramatic.  It obviously conveys the story, but it’s an iconic poster-worthy shot of these two Batgirls.  In a subsequent panel, we get a very bat-like (like the animal) depiction of the two as they proceed elevated down the street.  One might imagine a vampire transforming into a bat looking like this, and the Tutor later calls them vampires.  It’s a clever visual decision that ties these two scenes together, despite knowing Cass and Steph aren’t really vampires. 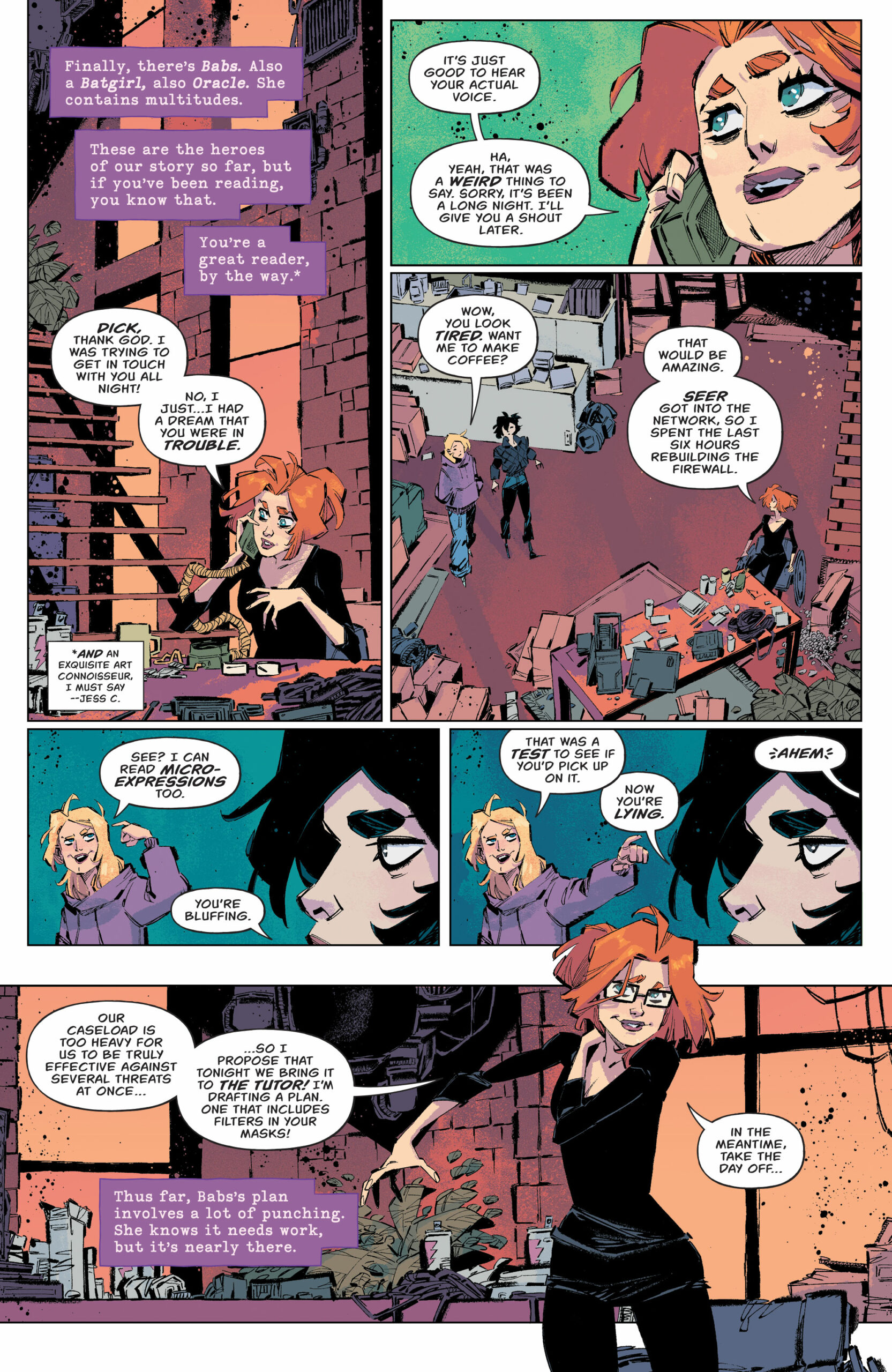 In another panel towards the end of Batgirls #4, there is a background design that recalls the imagery for the promotional material for the Cary Grant/ Audrey Hepburn movie, Charade.  While there doesn’t seem to be anything directly referenced, it does give one the sense of being unsettled and that things aren’t always what they appear to be which does pay off at the end of the issue. 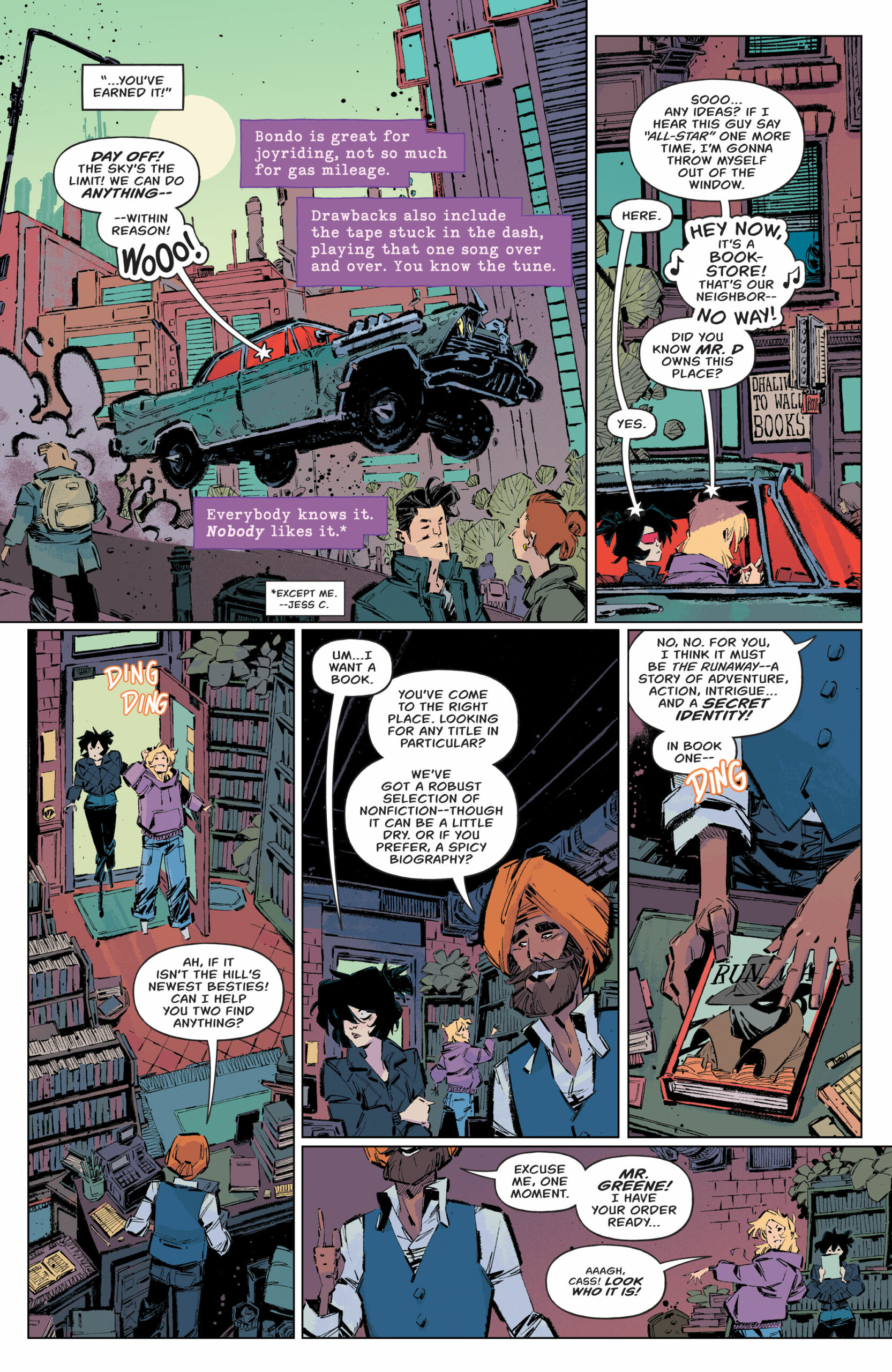 Enjoying this series as much as I am, it’s difficult to point out a negative.  Well, maybe that villain reveal at the end was a little bit of a non-surprise…

Batgirls #4 is a perfect example of the type of comic book series this is.   It successfully recalls some of DC’s best series of the past with a broad appeal with the right amounts of humor.  It feels like a complete title that delivers the action/ adventure as well as human moments that will keep readers around as they get to know and love these characters.

Review: Trial of the Amazons #1